5 Things Parents Should Know about Ralph Breaks the Internet

5 Things Parents Should Know about Ralph Breaks the Internet

Ralph and Vanellope are best friends and video game characters who live behind the walls of Litwak's Family Fun Center.

At night, they sleep. Yet during the day, they enter their respective video games to help bring a smile to the face of patrons. Vanellope's arcade game is the race-centric Sugar Rush -- a Candy Land-type contest in which she speeds down a track and toward the finish line amidst chocolate lakes and delicious sweet treats. She's good at it. Very good.

Ralph and Vanellope seem destined to spend the rest of their lives together at the arcade. But then the unthinkable happens. A patron breaks the steering wheel on the Sugar Rush game, rendering the unit useless. A replacement steering wheel could be bought, but the owner of Litwak's Family Fun Center says that would be too expensive. He would rather throw away the entire Sugar Rush unit -- an action that would leave Vanellope without a home.

Ralph, though, has an idea. He and Vanellope will search the Internet -- eBay, of course -- for a replacement steering wheel. There's only one problem. They have no money. They've also never been on the Internet. 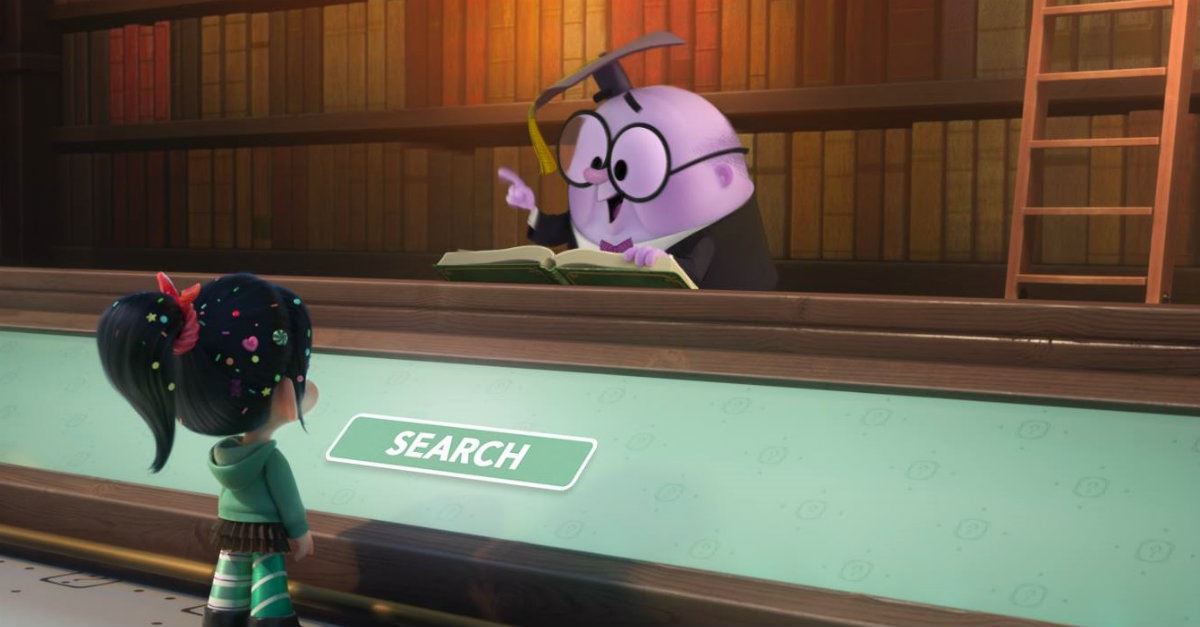 1. It's Good… and Family-Friendly

It’s colorful, smart and funny, with a few positive messages, too. The movie soars when Ralph and Vanellope find their way into the Internet -- a futuristic city-like place that is bigger than anything they've seen. Amazon, YouTube, Facebook and Google are among the companies that have high rises. But the search engine isn't Google. It's a quirky, brilliant man known as KnowsMore, who sits behind a desk and can answer any question within milliseconds. The chatty, annoying people on the street are pop-up ads. The film stays in the family-friendly realm even if it has a few things I wouldn't have included (Vanellope sees the word "lingerie" and mispronounces it. She and Ralph later make their way into a creepy, dark underworld that has a few images that might trouble sensitive children. They also tell two lies to get their way, although they are caught once). In the language realm, the worst we hear are "butt," "good lord" and "gosh."

2. It Includes Your Favorite Disney Characters

Remember: Disney owns the Star War and Marvel franchises. So it's not surprising when Vanellope ends up in the Disney portion of the Internet. Stormtroopers chase her. R2-D2 makes a cameo. C-3PO and Baby Groot have lines, too. We also see characters from other Disney animated films (such as Zootopia's Nick Wilde, the fox). But it's Disney’s princesses -- including Elsa, Moana and Ariel -- who play the biggest role. They hang out together and give advice to Vanellope. They tell her they enjoy moments when they don't have to wear dresses. Later, they work together to save Ralph. (“It's a big strong man in need of rescuing!”) If you think Disney is trying to change its traditional princess-centric image, you're right. 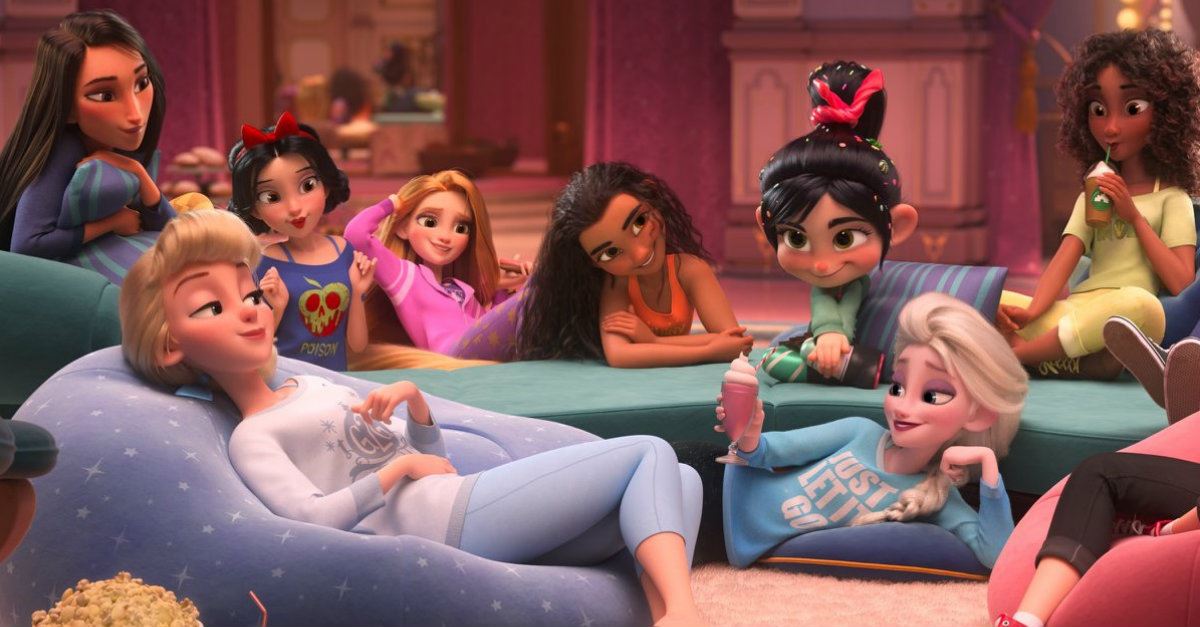 3. It Has a Message about the Internet's Perils

Ralph -- who is trying to make money to purchase Vanellope's steering wheel -- posts crazy videos of himself on "BuzzTube" with the hope they'll go viral. They gain the necessary millions of views, but Ralph soon stumbles into the "Comments" section of the Internet. Among the comments: "What a useless loser." His friend Yesss tries to cheer him up: "This place can bring out the worst in people." The Internet, she tells him, has both good and bad. Ralph's foray into viral videos even has an implicit message, as we watch adults in the real world waste time watching BuzzTube. That message: The Internet is addictive. Spend your time wisely.

4. It's All about Friendship

Ralph and Vanellope are best friends with different goals. Ralph is content with his "perfect" life in the arcade. Vanellope, though, believes there is something else out there for her. She wonders: Isn't there "more to life than this"? She finds that "something else" in the Internet -- specifically in a game called Slaughter Race, where she uses her driving skills in street races. She likes it so much that she wants to live in Slaughter Race -- and not in the arcade where Ralph resides. This leads to feelings of insecurity within Ralph, who believes Vanellope doesn't want to be his friend anymore. In truth, she still loves Ralph. She just has different interests. It's a good message aimed squarely at children, tweens and even teens. 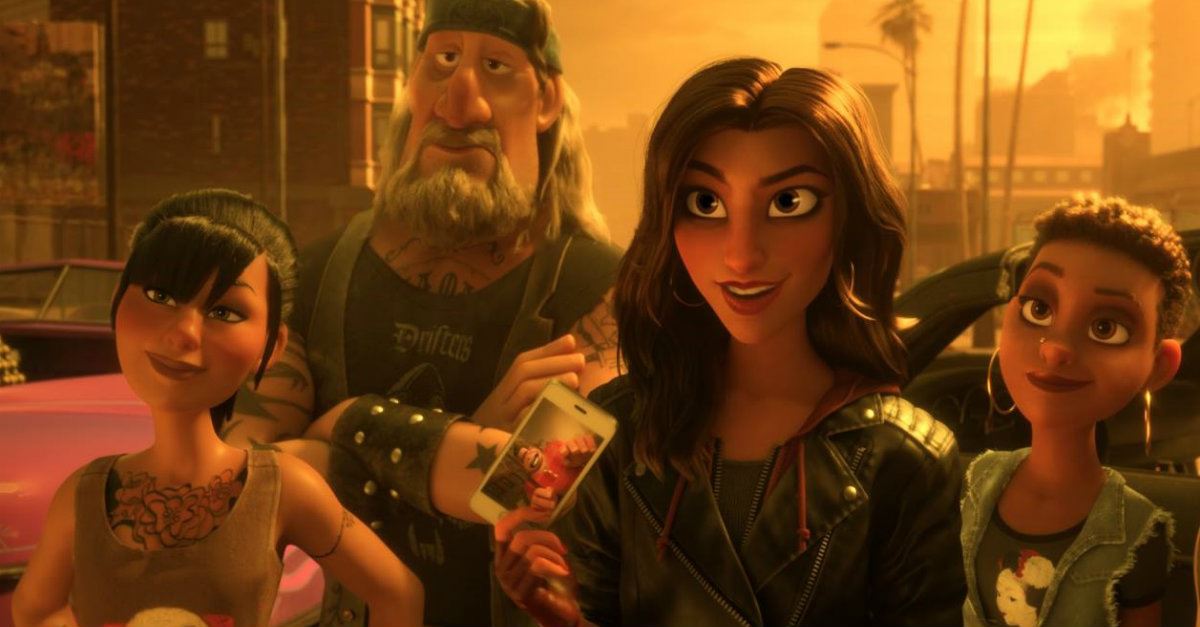 5. It Has a Mid-Credit Scene

Remember the days when moviegoers flocked to the exits as the credits rolled? Those times are long gone thanks to smart filmmakers who lure us into sticking around for bonus scenes. Ralph Breaks the Internet has a mid-credit scene. The movie also has a short message from the filmmakers -- who thank us for coming -- even before the movie starts. It’s a nice touch. At two hours in length, the film is a bit longer than most children's movies, so take the children to the restroom before you go.

Rated PG for some action and rude humor.