4 Reasons to Watch Created Equal: Clarence Thomas in His Own Words

4 Reasons to Watch Created Equal: Clarence Thomas in His Own Words

Supreme Court Justice Clarence Thomas once went 10 years without asking a single question from the bench.

He’s known as the “silent justice” — a man who would rather listen to the attorneys and read the briefs than speak out.

That’s one reason that a new documentary — based on 30-plus hours of interviews with him — piqued the interest of those who have observed his life.

Called Created Equal: Clarence Thomas In His Own Words (PG-13), the film tells the story of his life, from childhood until the present day, as narrated by Thomas himself.

Here are four reasons you should watch it: 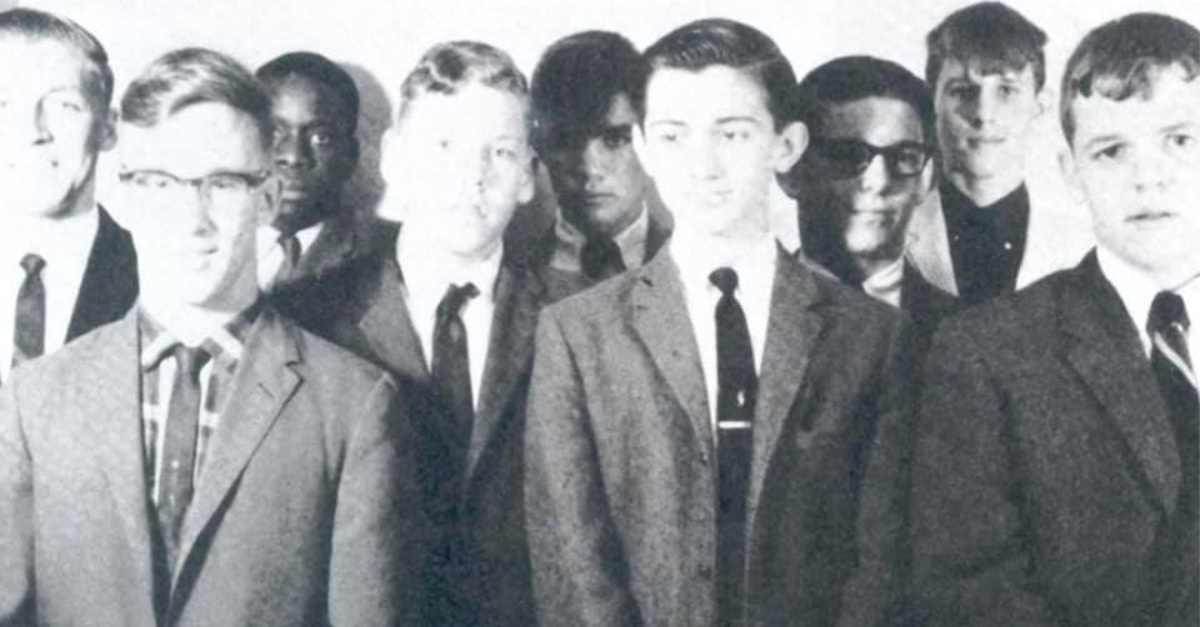 Thomas was raised, in part, by his grandfather, who had a “philosophy of life” that “came from biblical sources,” Thomas tells us. His grandfather was Catholic, and subsequently sent Thomas to Catholic school. In fact, Thomas nearly became a priest – even enrolling in seminary – but decided it wasn’t a good fit and also was repulsed by the racism of several classmates. (One passed him a note in class reading, “I like Martin Luther King … dead.”)

Still, Thomas was greatly shaped by his Catholic faith, which framed how he views life. He calls his wife a “gift from God.” The Framers, he says, believed individual rights came from God. (More on that below.)

When he faced allegations of sexual harassment during his 1991 Senate hearing – allegations he denied and said were part of a “high-tech lynching” – he relied on his faith for strength. He, his wife, and a few friends studied Ephesians 6:10-18 and the Apostle Paul’s admonition to put on the armor of God. (His wife, Virginia, says “it felt like the demons were loose” during the hearing.) Before Thomas went before the Senate committee to comment on the allegations, Sen. John Danforth, a supporter, told him to “go in the name of the Holy Ghost.” 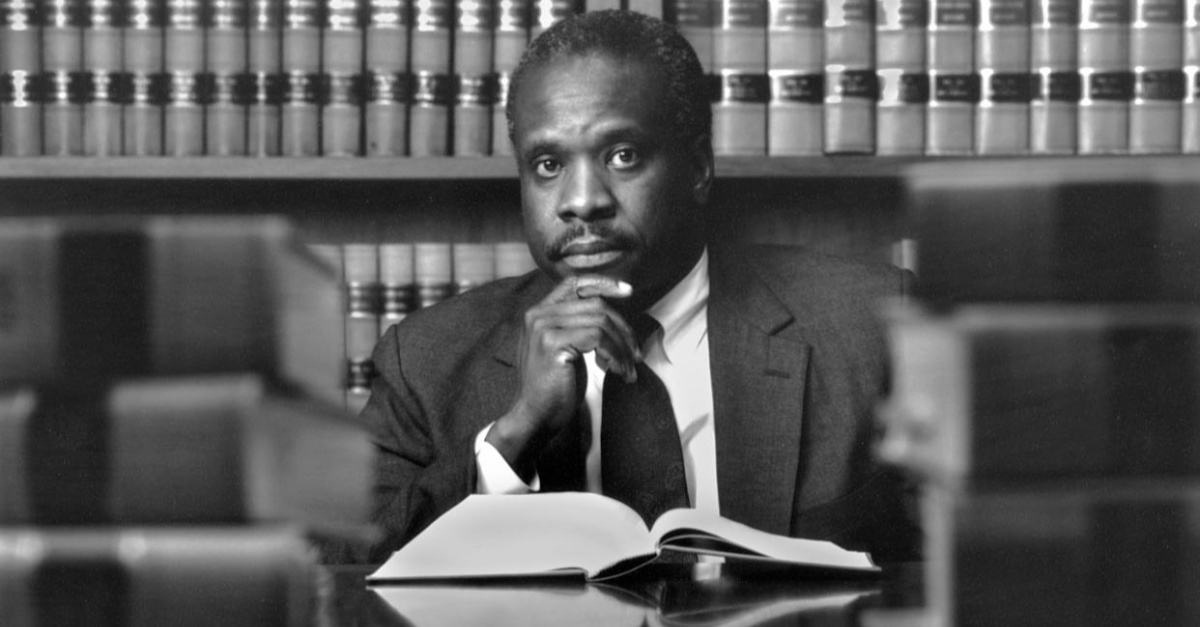 2. It Reveals his Judicial Philosophy

Thomas’ view on law was shaped as a young attorney by his research into slavery and segregation – and how a country founded upon the principle of equality could permit them to exist. “The answer was that it couldn’t – not without being untrue to its own ideals.” Looking for a set of laws that labeled slavery as wrong, Thomas embraced natural law – a principle he says is found in the Declaration of Independence’s statement that people “are endowed by their Creator with certain unalienable Rights.”

“The Framers understood natural law and natural rights a certain way, and it is an underpinning of our Declaration, which then becomes a foundation for the Constitution,” he says. “They start with the rights of the individual, and where do those rights come from? They come from God. They’re transcendent.”

When interpreting constitutional text, he says, “The goal is to discern the most likely public understanding of a particular provision at the time it was adopted.” 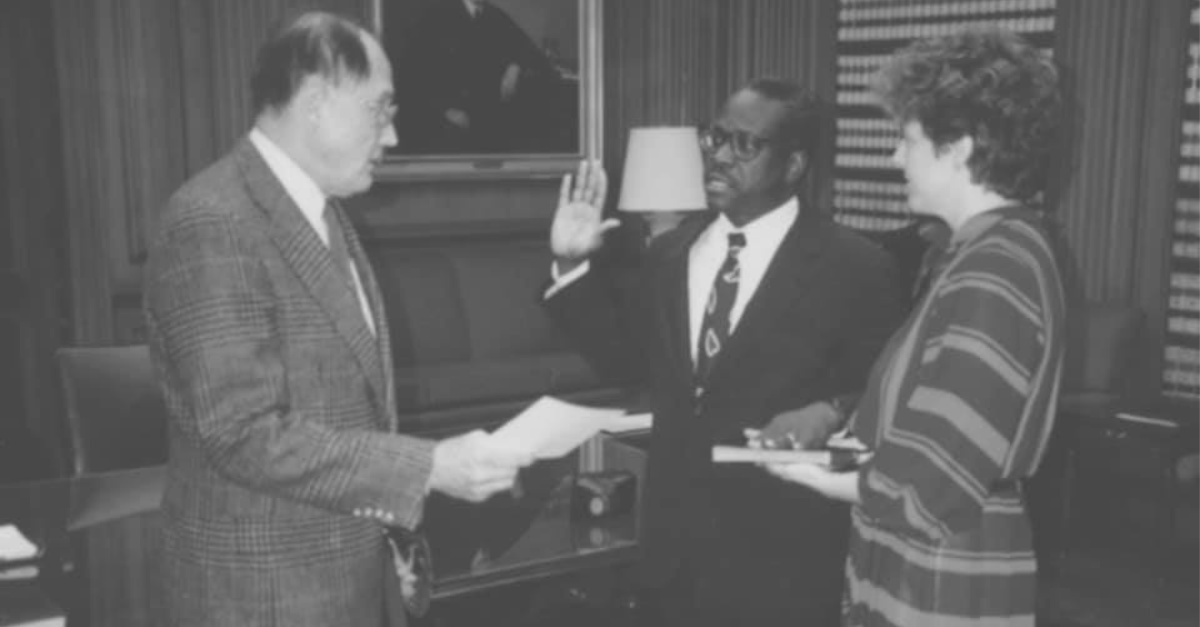 Thomas lived the first few years of his life in poverty in the segregated city of Savannah, Ga. His few possessions, he says, could fit in a paper grocery bag. When he moved in with his grandparents – who lived in a modest, middle-class home – he thought he had moved into a palace. It had plumbing. “We’d never been in a house with a bathtub.”

For much of Thomas’ young adult years, he considered himself “radical to left” in his political philosophy, looking up to the radical young leaders at the time. At Holy Cross, he wore Army fatigues. He took part in a violent college protest.

He graduated from Yale Law School as a registered Democrat, but his only job offer was from a Republican: Missouri Attorney General John Danforth. “The idea of working for a Republican was repulsive at best,” he says. “... I was left wing.”

His philosophy on life, though, began to change. 4. It’s the Outspoken Thoughts of a ‘Quiet’ Man

Thomas is famously known for not asking questions from the bench. The questions, he says, are pointless: “It's not my job to argue with lawyers. It's their job to make their cases.”

But in Created Equal, Thomas is (mostly) the only voice heard. If not speaking directly into the camera, he’s narrating photos. The documentary is based on more than 30 hours of interviews, and the on-screen footage is fascinating.

Much of his life story – overcoming poverty, for example – can be embraced by both sides of the aisle. But some of what he says will trouble those on the Left. He labels race-centric criticism of him “stereotypes draped in sanctimony and self-congratulation.”

“If you criticize a black person who is more liberal, then you’re racist,” he says, “whereas you can do whatever to me, or to now Ben Carson, and that's fine, because, ‘You're not really black because you're not doing what we expect black people to do.’”

We live in an echo-chamber age where people only watch movies and shows that mirror their beliefs. Perhaps we would be better off as a society if we watched things we don’t expect to like – and, therefore, gain a deeper understanding of other viewpoints. Only then can we possibly find common ground. I learned from and enjoyed On the Basis of Sex andRBG – two films about liberal justice Ruth Bader Ginsburg – and I did the same with Created Equal.

Created Equal won’t make everyone happy, but it’s excellent, well-made and worth watching.

Rated PG-13 for thematic elements including some sexual references. Content warnings: The film replays a few minutes of the sexually explicit Senate testimony from 1991. It involves discussion of a rape case. Elsewhere, language includes d--n (4), Misuse of “God” (3), SOB (1). Much of the language involves Thomas quoting other people.