4 Things You Should Know about Last Christmas

4 Things You Should Know about Last Christmas

Kate is a self-centered young woman in modern-day London who can’t seem to catch a good break in life.

Of course, her late-night antics at the bars haven’t helped. She often stumbles into work the next morning with little sleep and even less motivation – and then receives a tongue-lashing from her boss, who misses the helpful, joy-filled woman Kate once was.

She wants to be a singer, but she can’t get a gig. Thus, she’s stuck working as an elf – yes, an elf – in a store that sells Christmas decorations.

But then a dashing young man named Tom walks into her store. She initially rejects his advances – “you’re weird, get out” – but gradually grows attracted to his character. He’s happy. And caring. And selfless. And he makes good decisions.

In other words, he’s everything she’s not. Will they fall in love? And will she ever turn her life around? 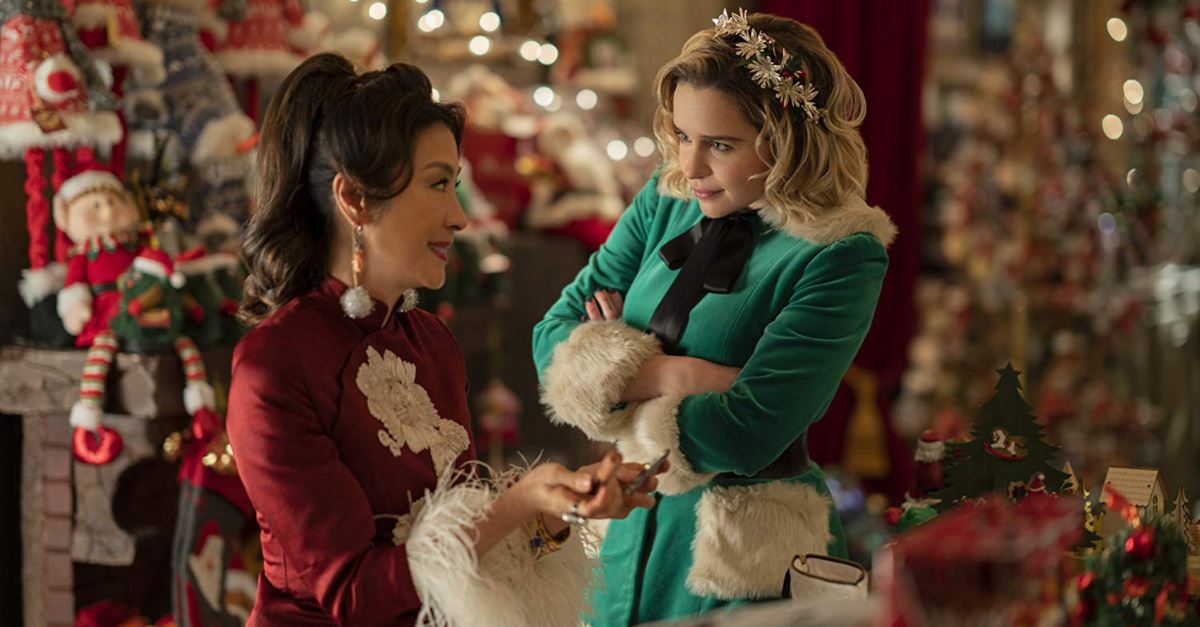 Romantic comedies typically don’t belong in the same sentence as “family-friendly.” They’re often bawdy. And consumed with sex. And sometimes, neither romantic nor comedic.

I wouldn’t call Last Christmas family-friendly, but if you’re grading rom-coms on a scale, then it’s one of the less-filthy ones. It’s truly funny. (Emilia Clarke and Michelle Yeoh have great on-screen chemistry – and the humor, minus a few bumps, stays in appropriate territory.) It’s truly romantic. (Kate is known as someone who sleeps around, but she and Tom never move past a simple kiss. He even rebuffs her physical advances by saying, “We hardly know each other.”) In Last Christmas, sex takes a backseat.

The film, incidentally, reunites two actors (Yeoh and Golding) who starred in Crazy Rich Asians, a 2018 rom-com that also fell in this not-bawdy category.

Still, Last Christmas isn’t a church flick. It includes about 20 coarse words (details below). It shows Kate waking up from several one-night stands. (Even though the film has no bedroom scenes.) It includes a lesbian couple. (One of the women is Kate’s sister.) It also has a joke about the male anatomy that will make some moviegoers squirm. 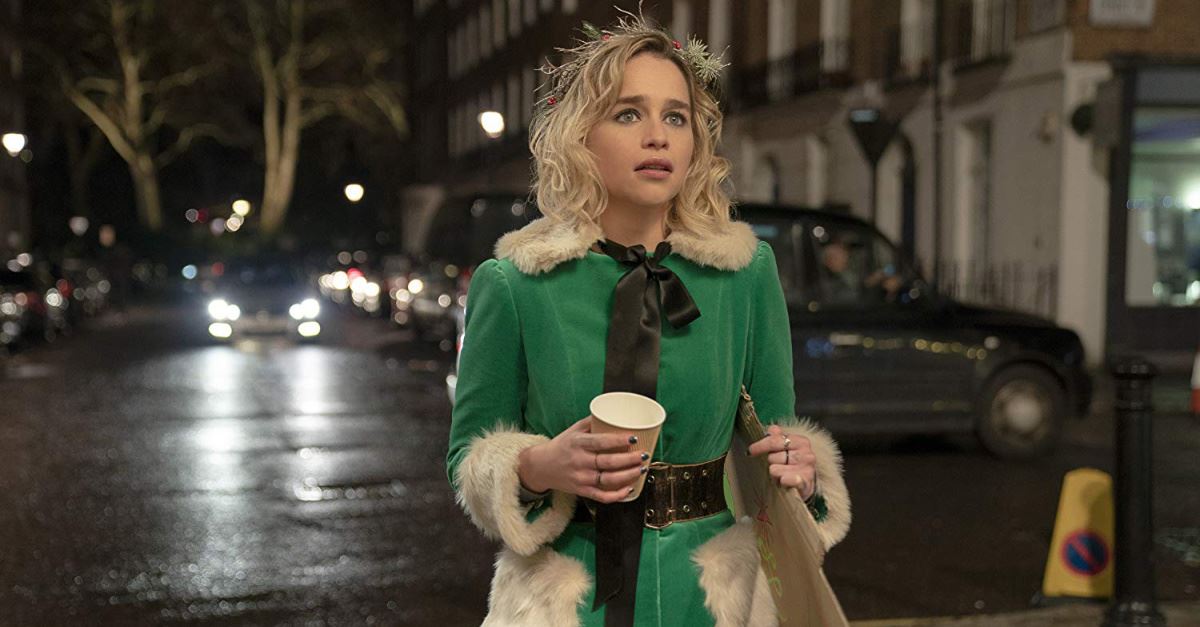 Confession time: I hate the song Last Christmas. (And by that, I mean I’d rather listen to fingernails scratching a blackboard.) But I survived that song’s inclusion in the movie to enjoy most of the other tunes. Music from George Michael and his 1980s group Wham! form the core of the soundtrack: Too Funky, Heal the Pain, Wake Me Up Before You Go-Go, Everything She Wants, Praying for Time, Faith and Freedom 90 are among the songs you’ll hear. For fans of music from the 80s and 90s – like me – it’s a fun ride. (Kate, the lead character, loves George Michael's music, too.) But if George Michael songs are not your thing, then you might want to skip this one. 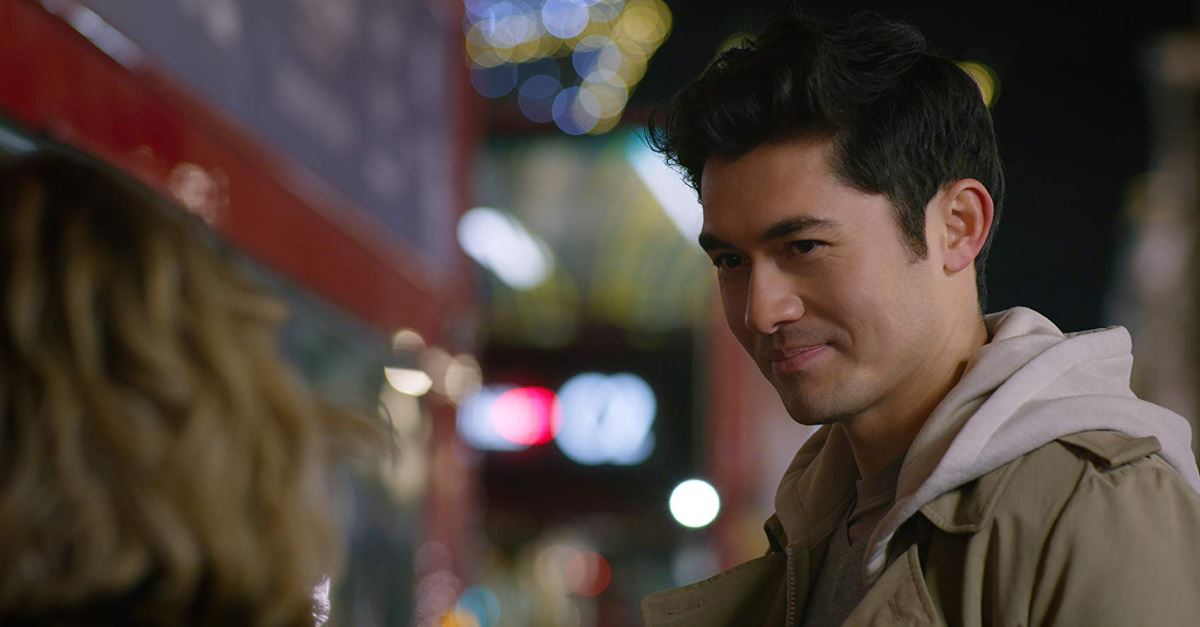 There’s little about Kate’s life we would want to emulate. She hates her parents. They hate one another. And not to be outdone, she and her sister despise each other, too. It’s no wonder that Kate’s life is unstable. She’s also selfish. And depressed. And a heavy drinker. And she doesn’t know her purpose in life.

No, Kate doesn’t find Christ, but she does encounter a man who exhibits many of Jesus’ traits. Tom is selfless. And caring. And loving. He volunteers in a homeless shelter. He also notices simple blessings in life – a quality he learned by locking up his smartphone.

“Don’t forget: Look up,” he tells Kate, urging her not to constantly stare at her digital device.

The movie has a happy Hallmark-like ending, even if it’s not squeaky-clean.

It teaches us to be kind, to reach out to those in need, and to make every effort to forgive and reconcile. 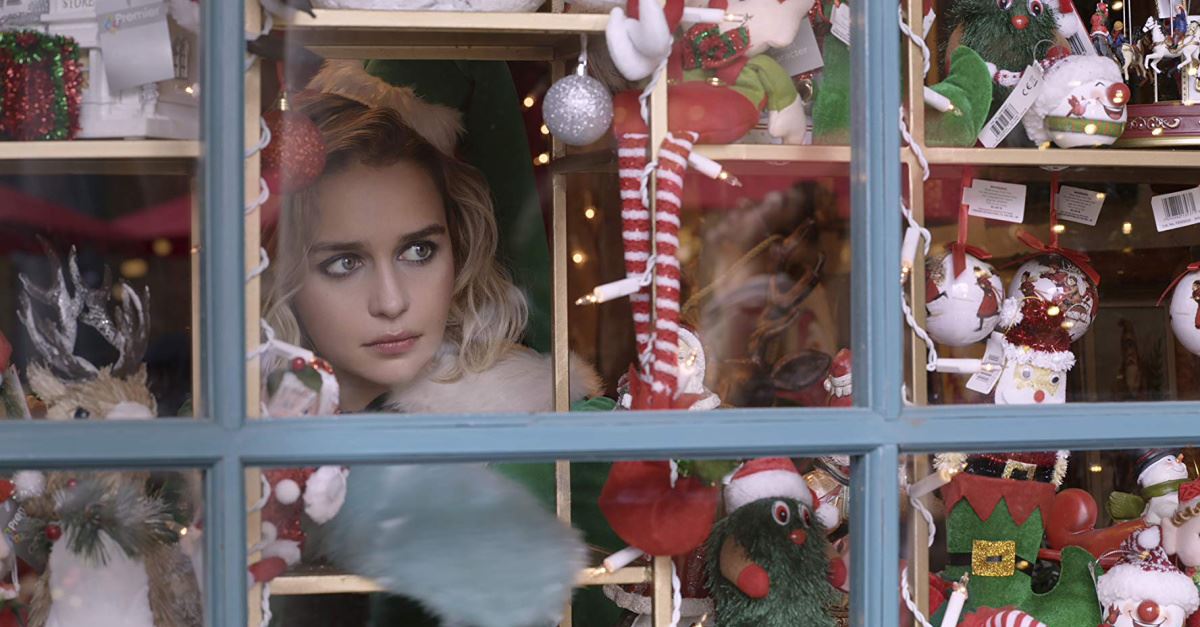 A romantic comedy with a jaw-dropping plot twist? Yep.

This twist isn’t as shocking as Darth Vader’s “I am your father,” but it’s nevertheless surprising. I won’t spoil it for you, but know this: Even if this shocking moment has no basis in Scripture or reality, it does advance the story – and it serves to teach everyone on-screen and in the theater about generosity and kindness. (Besides, there are a few classical stories, TV shows and movies from the past that deployed a similar method.)

“Helping each other is what makes us happy,” Kate says.

I would toss in a few more themes (and Bible verses) in her sermonette, but she’s off to a good start.