Nothing to Inherit from The Bourne Legacy

Nothing to Inherit from The Bourne Legacy 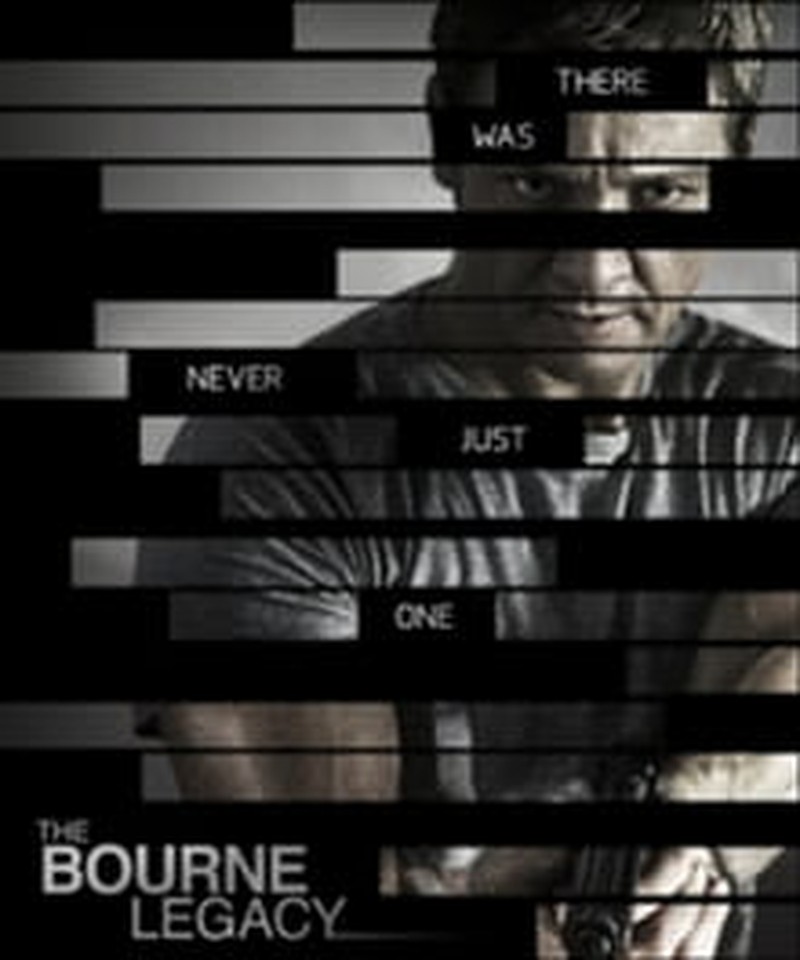 One of the most popular film series of the past decade has been born again—with a different star in the lead role but the same screenwriter. Universal Pictures, the studio behind the Bourne franchise, knew it had a good thing going, so when Matt Damon bowed out of future involvement as Jason Bourne, it replaced not only the actor but the character.

Whatever one might think of the politics of the Bourne trilogy or its propulsive, excessive shaky-cam visual style, the previous films were anchored by Damon’s strong central presence as the titular CIA-agent-on-the-run. Under the guidance of directors Doug Liman (The Bourne Identity) and Paul Greengrass (The Bourne Supremacy, The Bourne Ultimatum), the Bourne franchise found success even more widespread than the Robert Ludlum books on which they were based.

With so much riding on the new lead performer (Jeremy Renner, The Avengers), the script, by writer/director Tony Gilroy (Duplicity), should have been a gimme: another twisty, paranoid thriller from the man who not only wrote the previous three Bourne films, but who also wrote and directed Michael Clayton.

Although Jason Bourne is discussed in this film, The Bourne Legacy centers on Renner as Aaron Cross. Renner's fine, but the film is largely incoherent—the fault of its writer/director. While Gilroy’s screenplays for the previous Bourne films held together, his screenplay for Legacy is convoluted. The new film’s energy carries it along for a good clip, but the story’s holes and other absurdities catch up with it long before the closing credits.

The plot (such as it is) follows Cross as he tries to figure out what’s going on. He’s part of the Outcome program, a separate intelligence program from Treadstone of the earlier films. Retired Col. Eric Byer (Edward Norton, Moonrise Kingdom), the man behind both programs, decides to take drastic action after the exposure of Bourne’s identity jeopardizes Outcome. Soon people involved with the program are dropping dead or being shot at close range.

Cross spends the early part of The Bourne Legacy fighting off wolves in the wild and trying to figure out if a fellow agent (Oscar Isaac, Robin Hood) is friend or foe before Byers comes after him with drones, rockets and anything else that might take him out.

But Cross survives the worst that nature and Byers can throw at him before teaming up with Dr. Marta Shearing (Rachel Weisz, The Lovely Bones), who, in the film’s best sequence, interacts with a pair of counselors who feign compassion but have darker motives.

Outside of that scene, the film is a bit of a mess. Cross’ character and origins are poorly explained. He spends most of the film desperately seeking his “meds”—small pills that are essential to his functioning. With no other apparent motivation for the character’s actions and little understanding on the viewers’ part as to why these pills are so essential, Gilroy has Shearing and Cross engage in an extended dialogue about the scientific intricacies of neural processes. The movie stands or falls on our understanding of this sequence, and the director botches it, mistakenly thinking this discussion of cerebral science will have audiences fascinated. Instead, he tosses around concepts and terminology that only will only muddy the waters for those expecting action, not a lesson in neuro-chemistry.

From there it’s a rush to Manila, where a villain pursues our dynamic duo in a wild motorcycle chase that feels like a rather pale imitation of the spectacular speeder-bike sequence from Return of the Jedi, circa 1983.

For a story that makes so little sense, Gilroy brings a certain energy to the proceedings, dialing back the aforementioned erratic style of the predecessors, keeping things moving in a way that, for a time, masks the story’s inherent problems. But those problems catch up with the film quickly. Brief appearances by familiar characters from earlier Bourne installments do little to alleviate the feeling that the story needed more attention. The increasingly choppy editing during the finale only adds to the overall incoherence.

Rather than a rejuvenation of the franchise, this Bourne entry is more disappointing than if the series had wrapped with the previous installment. Even bringing back Matt Damon and Paul Greengrass wouldn’t have helped; it’s Gilroy’s script that leaves a poor legacy.