Seek to Speak the Truth to Each Other
by Lynette Kittle

Didn’t it belong to you before it was sold? And after it was sold, wasn’t the money at your disposal? What made you think of doing such a thing? You have not lied just to human beings but to God.”—Acts 5:4

Do you ever find yourself “fudging” the truth in everyday life situations? 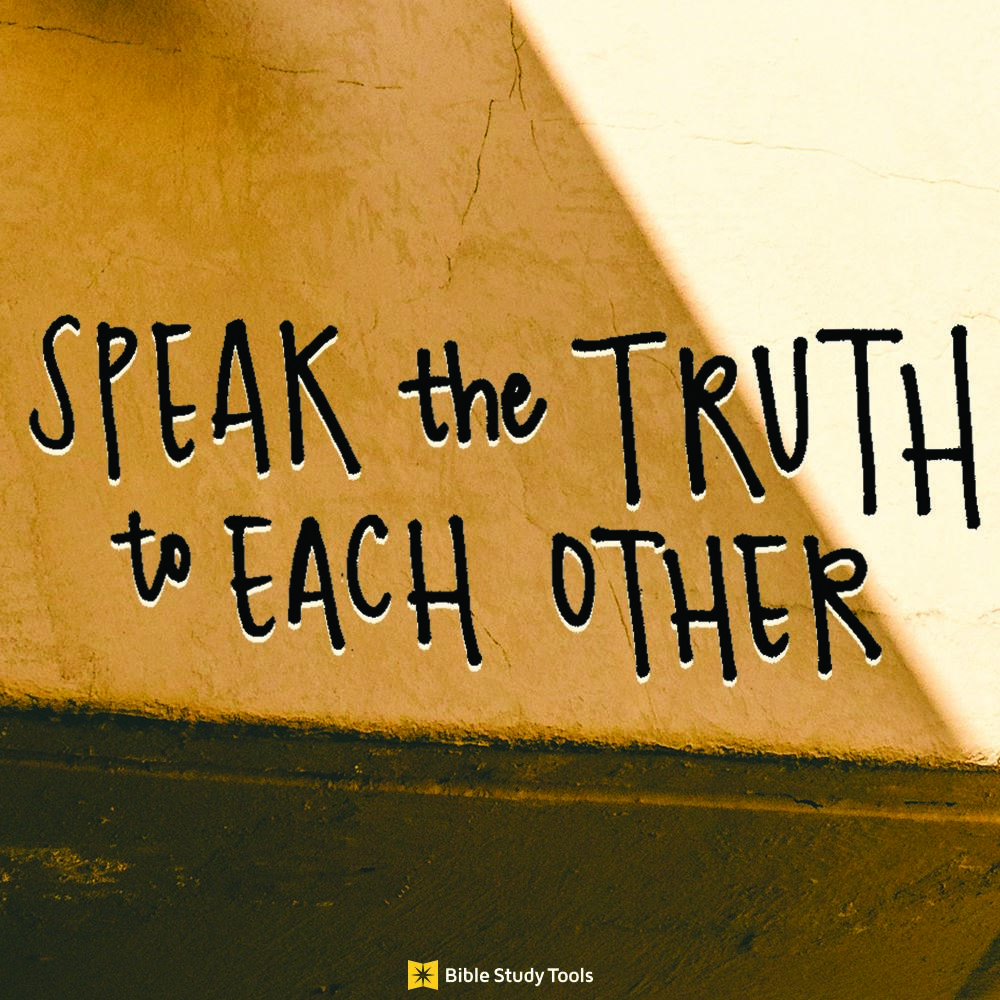 Perhaps you justify doing so because you believe you’re keeping the peace or sparing hurting someone’s feelings. Maybe in your opinion, you’re not really being dishonest or deceptive but rather managing conversations and situations for the best.

Possibly you leave out details because you don’t want people to know what’s really motivating your actions. Or maybe you only tell partial truth because you want someone to have a certain impression about you.

Yet Scripture is pretty straightforward in instructing Christians to “Speak the truth to each other” (Zechariah 8:16).

As well as Proverbs 22:21 urges you to be honest and speak the truth.

In Leviticus 19, God gave Moses’ guidelines for Israel to live by, including “Do not defraud or rob your neighbor (vs. 13).

Although many may not consider “fudging the truth” a form of defrauding, it’s robbing another of truth with an intention to be misleading.

A really severe example of the seriousness of defrauding is in Acts 5, where a couple named Ananias and Sapphira sold land and brought the money to give to the Apostles. Instead of saying they were keeping some of it for themselves, they mislead the group to believe they were giving the total amount received.

Act 5:2 describes how “With his wife’s full knowledge he kept back part of the money for himself, but brought the rest and put it at the apostles’ feet.”

In today’s standards, it wouldn’t seem like a big deal but both were immediately struck dead and carried away from the scene (Acts 5:5-10).

Although today’s culture may not understand why this deadly incident occurred, Acts 5:4 explains why it was such a serious situation. “You have not lied just to human beings but to God.”

Still, with “fudging” so widespread in present-day culture, most believe there isn’t anything wrong in practicing it. Instead of seeing it as defrauding others and a sin against God, people rationalize its use.

As you go about your daily life, ask God to help you to not defraud those around you.

Ask Him to show you any areas where you may have failed and confess your sin to Him. Psalm 32:5 states how when you acknowledge your sin and you do not cover up your iniquity, God forgives and frees you from the guilt of it.

Choose today to speak the truth in all your dealings with others.

Lynette Kittle is married with four daughters. She enjoys writing about faith, marriage, parenting, relationships, and life. Her writing has been published by Focus on the Family, Decision, Today’s Christian Woman, iBelieve.com, kirkcameron.com, Ungrind.org, and more. She has a M.A. in Communication from Regent University and serves as associate producer for Soul Check TV.