Today’s Truth
When words are many, sin is not absent, but he who holds his tongue is wise (Proverbs 10:19).

Friend to Friend
I love reading WWII books and watching WWII movies and documentaries. During the war, the War Advertising Council created propaganda posters as part of a campaign to advise servicemen and citizens to avoid careless talk concerning secure information that might be used by the enemy.

The gist of the slogan was to remind people to avoid talking about ship movements. The fear was that covert enemy agents might hear the comments, intercept the war effort, and destroy the ships. Thus, “Loose Lips Sink Ships” signs were posted on factory walls across America.

Loose lips still sink ships. Perhaps we need to hang a sign in our homes that says, “Loose lips sink relation-ships.” Choose wisely. Don’t allow the loose lips of sarcasm, criticism, or anger poke holes in the hull of your hunky man or mast of your marvelous kids. A moment of restraint can save a boatload of hurt.

Solomon wrote: “When words are many, sin is not absent, but he who holds his tongue is wise” (Proverbs 10:19). “Even a fool is thought wise if he keeps silent, and discerning if he holds his tongue” (Proverbs 17:28). Whether the subject is gossip or grumbling, silence is the golden key that keeps the door to destructive words locked away. And sometimes the most powerful words of a woman are no words at all, for silence can be an outward sign of inward strength.

I was having lunch with a group of friends when one gal made a derogatory comment about another from the group who was late. I gave her that “motherly look” that letting her know the comment wasn’t appropriate.

“Just because something is true doesn’t mean that you should say it,” I answered.

You know where I learned that? The Holy Spirit speaks that to me almost every day. Unfortunately, I have ignored Him more times than I’d like to admit, and I have spoken words I have later regretted. Like David, I plead with God to “set a guard over my mouth, O Lord; keep watch over the door of my lips” (Psalm 141:3).

The book of Proverbs is filled with wise words about the use of our words:

[She] who guards her lips guards [her] life, but [she] who speaks rashly will come

The summer before my senior year in high school I studied French with a group of English-speaking foreign exchange students. As part of our training, we were allowed to only speak French during mealtimes. If we slipped and said a word in English, we had to put a coin into a bowl in the middle of the table. It was the quietest bunch of teenagers sitting around a dinner table you’ve ever seen! In reality, saying an inappropriate word will cost more than a few coins. It can cost a relationship.

Some of the most poignant moments of Jesus’ arrest were the silent ones. “He was oppressed and afflicted, yet he did not open his mouth; he was led like a lamb to the slaughter, and as a sheep before her shearers is silent, so he did not open his mouth” (Isaiah 53:7). And for you and me, some of our most powerful moments will be the ones in which we remain silent. Some of the most powerful words are the ones that are withheld.

Let’s Pray
Heavenly Father, I know the death and life of a relationship is often in the tongue. Help me to control of my tongue, to think before I speak. Help me to speak words that are true, helpful, inspiring, necessary, and kind.

Now It’s Your Turn
Think of a time when someone said something to you that hurt you deeply. Do you think they thought before they spoke or just let the loose lips run free?

Consider writing the THINK acronym on a note card and keep in your purse. 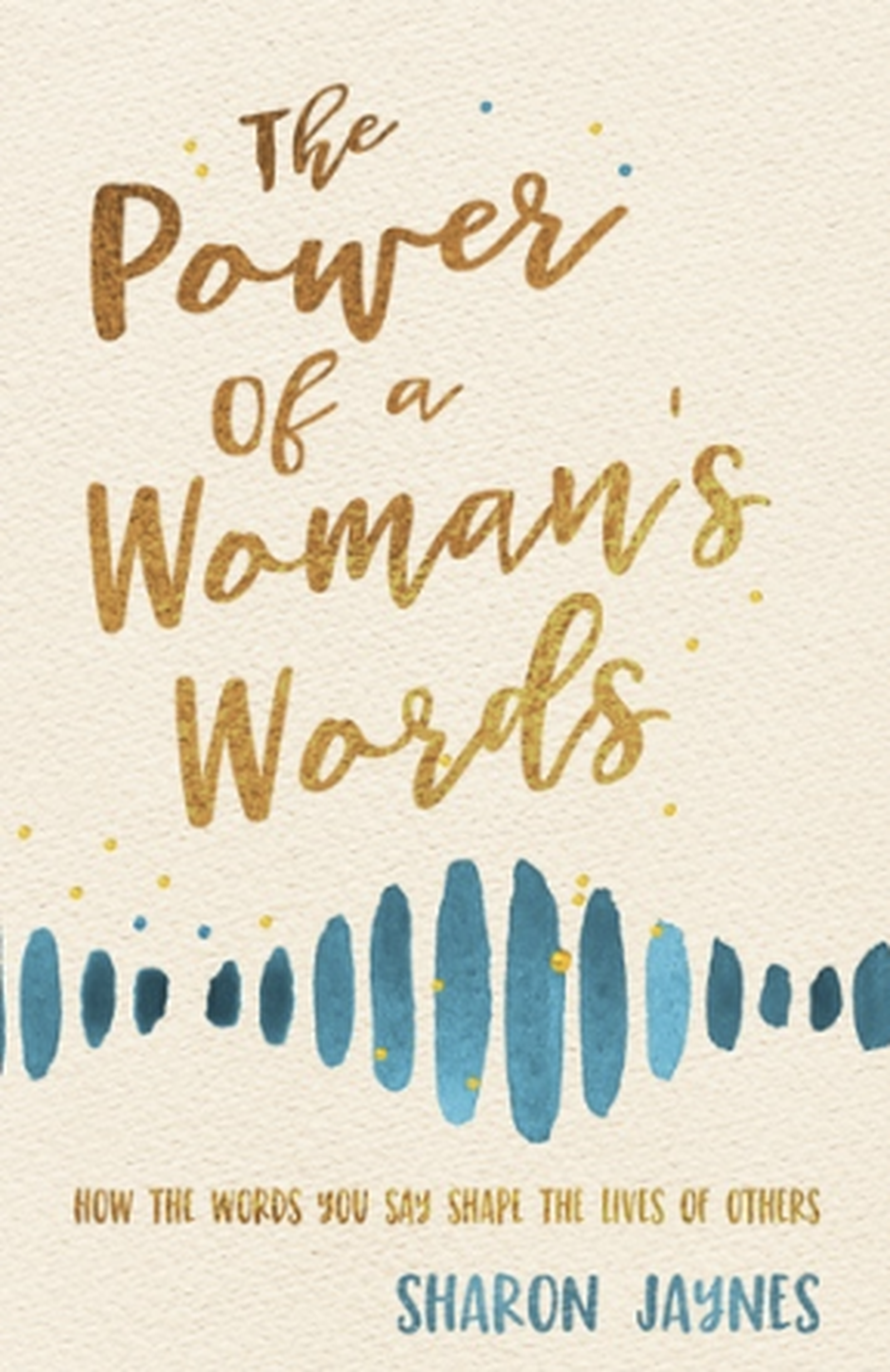 Sharon’s best-selling book, The Power of a Woman’s Words: How the Words You Speak Shape the Lives of Others and Bible study guide are being re-released with new content, including a chapter on the power of a woman’s words to her adult children…it’s complicated! Pre-order before April 21, 2020 and receive a free downloadable e-book of Enough: Silencing the Lies that Steal Your Confidence plus much more! Click here for details.

Words are one of the most powerful forces in the universe, and God has entrusted them to you! They echo in hearts and minds long after they are spoken. How will we use this gift? Your words can change the course of someone’s day…even someone’s life. Learn how to