Of all the people Jesus could have appeared to first after His resurrection, He appeared to Mary Magdalene.  It is interesting to think about, because among the Jews of the day, the testimony of a woman was not held in high regard.  In fact, some of the rabbis falsely taught that it was better for the words of the Law to be burned than to be delivered by a woman.  Yet Jesus chose a woman to be the first herald of His resurrection.

It is also worth noting that women were the last at the cross and the first at the tomb.  Mary had courage that many of the men did not have when Jesus was crucified.  She stood by Him through it all.  In fact, the Bible tells us that after He was crucified, Mary “observed where He was laid” (Mark 15:47).  She watched as they took His crucified body from the cross and wrapped it and placed it in a tomb that belonged to Joseph of Arimathea.  And while the guards were deciding to post a soldier by that tomb, she spent an entire night there all alone, before the guards were there . . . before the disciples were there.

Copyright © 2011 by Harvest Ministries. All rights reserved.
Scripture quotations are taken from the Holy Bible, New King James Version, copyright © 1982 by Thomas Nelson, Inc.  Bible text from the New King James Version is not to be reproduced in copies or otherwise by any means except as permitted in writing by Thomas Nelson, Inc., Attn: Bible Rights and Permissions, P.O. Box 141000, Nashville, TN 37214-1000.

·          Watch and download today’s free resource. It is a brief video message filmed from Israel about the decision Jesus faced in the Garden of Gethsemane.

Access more devotions and downloads by visiting the Road to the Resurrection at risen.harvest.org. 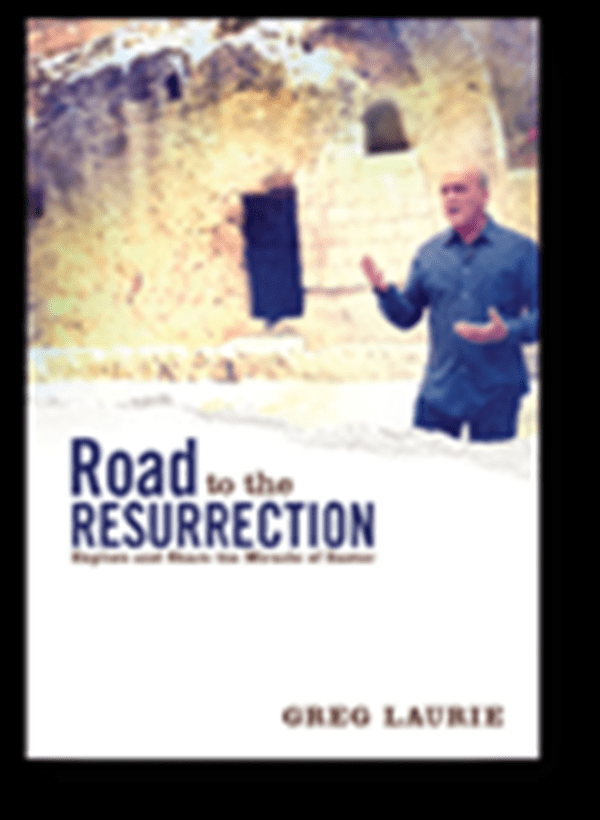 Join Pastor Greg on the Road to the Resurrection!

Two thousand years ago Jesus said to a man named Matthew, “Follow Me.” The phrase that He used means, “follow with Me.” In other words, walk with Me. We are to be walking with Jesus.

Road to the Resurrection is a resource that will help you walk with Him through the events leading up to His death and resurrection. It is available not only in book form, in appreciation for your gift this month, but it will also be available to read in electronic format.

You can have your own copy of Road to the Resurrection in appreciation for your gift to Harvest Ministries this month.