They weave the spider's web.

Observe the spider's web and find in it a most suggestive picture of the hypocrite's religion. It is meant to catch his prey: The spider fattens himself on flies, and the Pharisee has his reward. Foolish people are easily trapped by the loud professions of pretenders, and even the more discerning cannot always escape. Philip baptized Simon Magus, whose deceitful declaration of faith was so quickly exposed by the stern rebuke of Peter. Routine and reputation, praise and promotion, along with other flies, are the small game that hypocrites take in their nets.

A spider's web is a marvel of skill: Look at it and admire the tricks of this cunning hunter. The deceiver's religion is equally seductive. How does he make so barefaced a lie appear to be a truth? How can he make his tinsel look so much like gold?

A spider's web emerges all from the creature itself. The bee gathers her wax from flowers; the spider doesn't, but still she spins her material to great length. In the same way hypocrites find their trust and hope within themselves; their anchor was forged on their own anvil, and their rope twisted by their own hands. They rest upon their own foundation and carve out the pillars from their own house, scorning the thought of being debtors to the sovereign grace of God.

But a spider's web is very frail. It is curiously constructed, but not enduringly manufactured. It is no match for the servant's broom or the traveler's staff. The hypocrite does not need a battery of cannons to blow his hope to pieces; a mere puff of wind will do it. Hypocritical cobwebs will soon come down when the broom of destruction begins its purifying work. Which reminds us of one more thought-namely, that such cobwebs are not to be tolerated in the Lord's house: He will see to it that the webs and those who spin them will be utterly destroyed. My soul, make sure to rest on something better than a spider's web. Take the Lord Jesus as your eternal hiding-place.

As a thank-you from us for your gift, we'll send along this month's resource: How the Bible Can Change Your Life 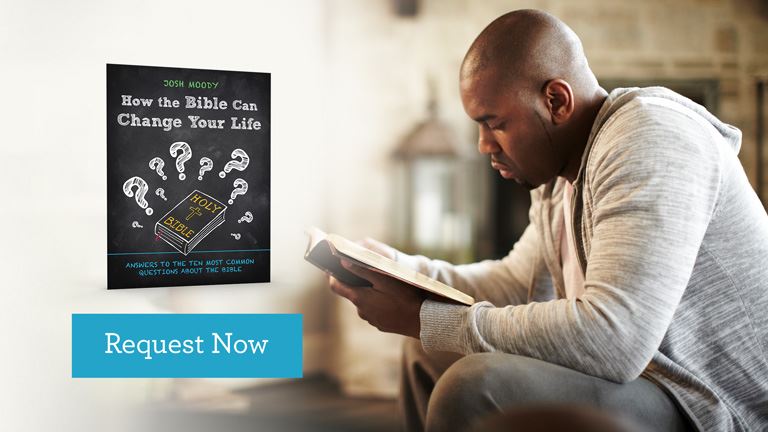