The Paradox of Christianity

I have been crucified with Christ. - Galatians 2:20

The Lord Jesus Christ acted in what He did as a great public representative person, and His dying upon the cross was the virtual dying of all His people. In Him all His people rendered justice its due and made an expiation to divine vengeance for all their sins. The apostle of the Gentiles delighted to think that as one of Christ's chosen people, he died upon the cross in Christ. He did more than believe this doctrinally—he accepted it confidently, resting his hope upon it. He believed that by virtue of Christ's death, he had satisfied divine justice and found reconciliation with God.

Beloved, what a blessed thing it is when the soul can, as it were, stretch itself upon the cross of Christ and feel, "I am dead; the law has killed me, and I am therefore free from its power, because in Christ I have borne the curse, and in the person of my Substitute all that the law could do by way of condemnation has been executed upon me, for I am crucified with Christ."

But Paul meant even more than this. He not only believed in Christ's death and trusted in it, but he actually felt its power in himself causing the crucifixion of his old corrupt nature. When he saw the pleasures of sin, he said, "I cannot enjoy these: I am dead to them." Such is the experience of every true Christian. Having received Christ, he is to this world as one who is utterly dead. Yet, while conscious of death to the world, he can at the same time exclaim with the apostle, "I live." He is fully alive to God. The Christian's life is a matchless riddle. The unconverted cannot comprehend it; even the believer himself cannot understand it. Dead, yet alive! Crucified with Christ, and yet at the same time risen with Christ in newness of life! Union with the suffering, bleeding Savior and death to the world and sin are soul-cheering things. May we learn to live evermore in the enjoyment of them! 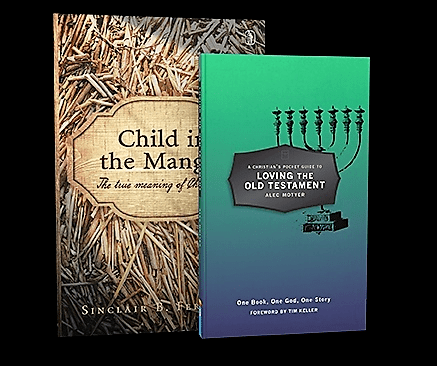 Child in the Manger: The True Meaning of Christmas

What is Christmas? For many it is a time for holidays, parties, family gatherings, gifts, meals together, music, and special events. For others it can mean unwanted pressure, an increased sense of loneliness, family squabbles, and crowded shops. For those living in the Northern Hemisphere, Christmas takes place at the onset of winter with its cold weather and short days. There are more incidents of depression at Christmas time than at any other time of the year. It is the best of times for some, but the worst of times for others, to borrow a phrase from Charles Dickens.

The birth of Jesus divided history into two major epochs. Until the dawn of our hyper-sensitive age, even the way we dated events underscored this. From time immemorial, every day, week, month, and year has been described as either “B.C.” (“Before Christ”) or “A.D.” (Anno Domini, “in the year of our Lord”). Even the modern, pluralistic style abbreviations, B.C.E. (“Before the Common Era”) and C.E. (“Common Era”) cannot obliterate the indelible impress of Jesus birth. For what makes the “Common Era” so “common”? And what explains the dividing line date? The answer is the same: the birth of Jesus. At the very center of history stands the person of Jesus Christ. And He does so because He is at the center of God’s story.