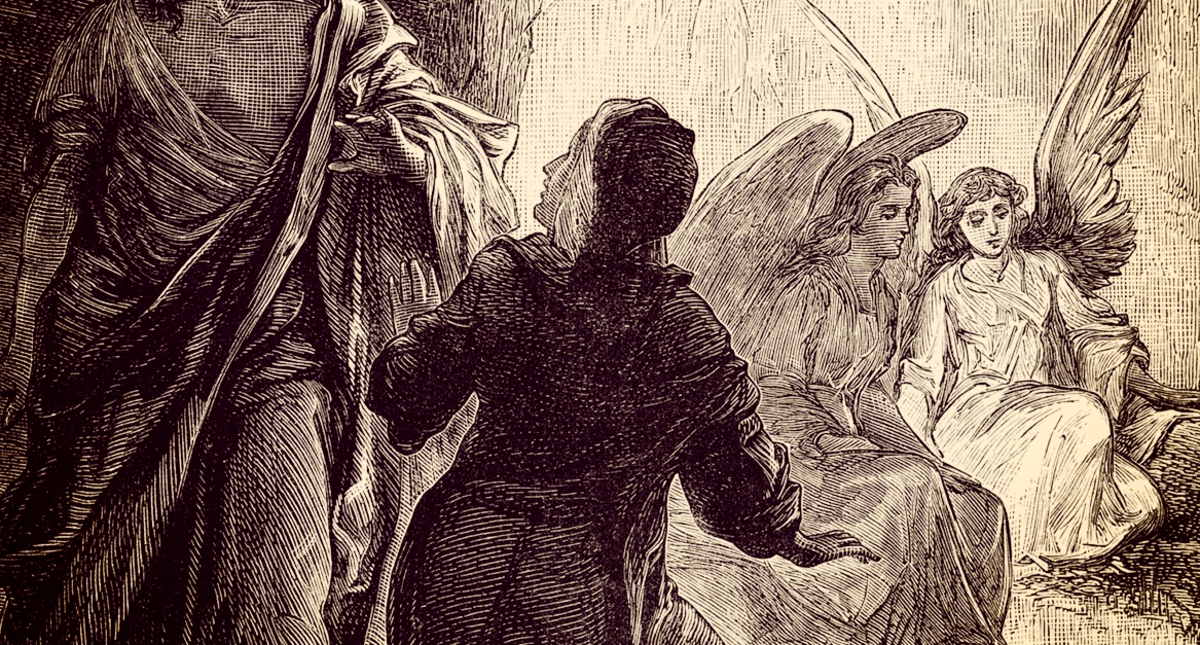 They all report hearing it, a mysterious voice coming from the wreckage, calling for help.

You may have seen news about this story that happened in Utah last week, but not every account in the various networks shared one amazing detail.

In the chilling cold night, Lynne Groesbeck’s car struck a cement barrier while crossing a bridge and careened off the road, landing upside down, suspended just above the waters below. Sadly this 25 yr. old mom was killed. But her 18-month-old daughter survived. And not only survived the impact of the crash but for 14 hours afterward, still strapped in her car seat, hanging upside down in the freezing cold without food or water, she clung to life.

A fisherman came upon the wreckage the following day, immediately called for help and as rescuers responded, all 4 of them reported this same detail. They said a voice emerged from the car, a woman’s voice softly calling for help. One report shares what the rescuers recounted, “We heard a voice saying, ‘help me, we're in here.’ It was clear as day. We replied back, 'hang in there, we're trying what we can.'” They all heard the same thing, which beckoned them on in the race to quickly rescue whoever was still trapped inside.

The wreckage revealed this dear mom who, reports indicate, had already been deceased, quite possibly from the impact of the crash. Her baby Lily was found unconscious and barely breathing, yet still alive, saved just in time.

So whose voice was it? Who called for help from within the car?

Was it the voice of an angel?

One thing is sure. Miracles still happen today. This precious baby now lives on. Despite all odds, through the courageous efforts of rescuers and by the sheer grace of an Almighty God, baby Lily lives.

God is the same yesterday, today, and forever. So if he’s the same, he still works in the same powerful ways, for he never changes. There are people who have had encounters with angels in our world today. Maybe some are aware of these angelic meetings. Maybe others have no idea they’ve walked or talked with an angel being, even to this day.

We’re told in Hebrews 13:2 “Do not forget to show hospitality to strangers, for by so doing some people have shown hospitality to angels without knowing it.”

Angels are still among us. Their very name means “messenger” and we can be assured that when they are here, they have come for a certain purpose. For they have been sent by God. 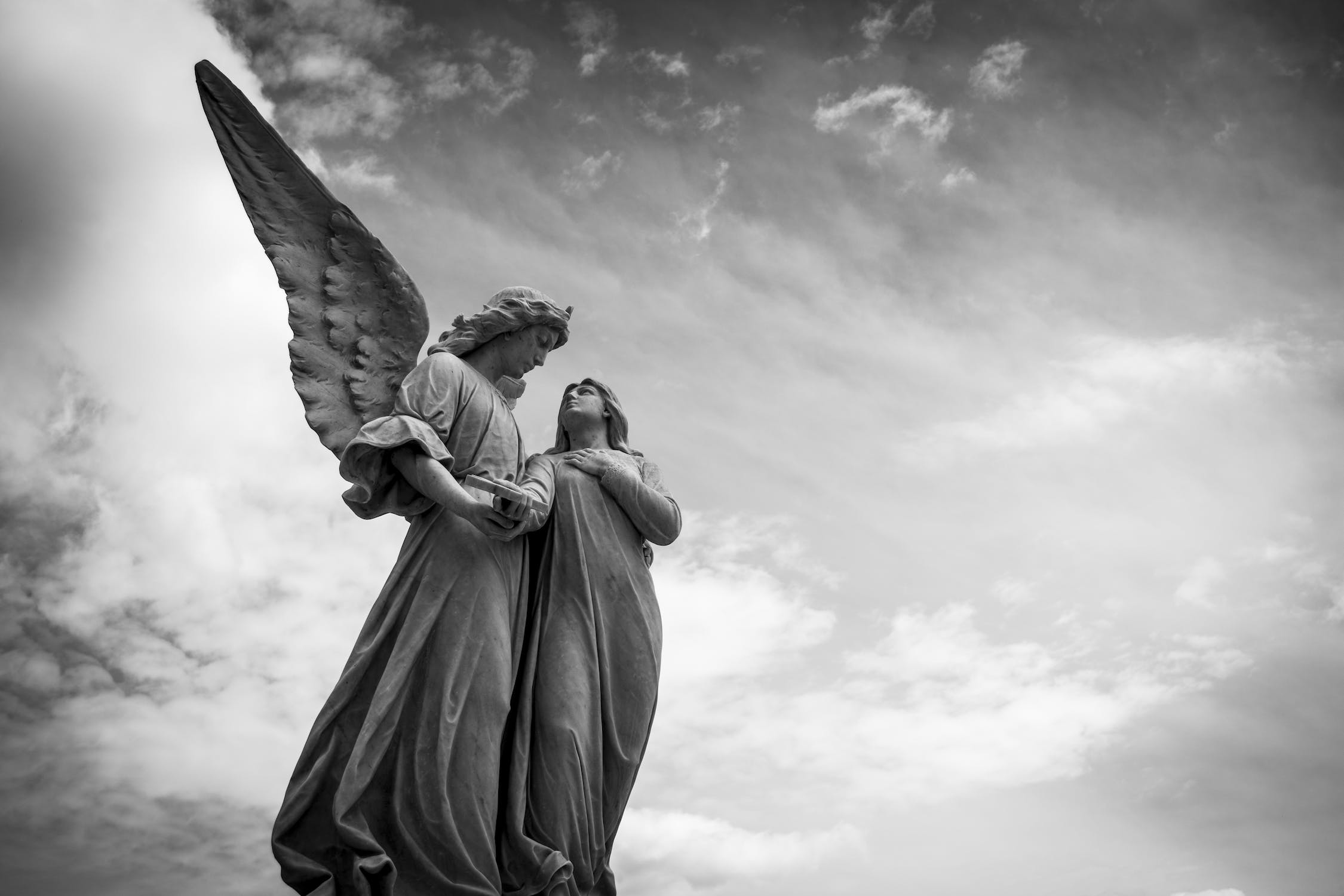 5 Biblical Reasons Angels of God are Sent to Earth:

1. To give a message from God – There are many examples in the Bible of when God sends an angel to give a specific message to an individual or people. In Genesis 18, God sent three men, messengers, to Abraham and Sarah to tell them that she would bear a son. He sent an angel to Sarah’s servant Hagar in the desert, as she fled in Genesis 16, to give hope that she was not forgotten.

He sent an angel to the discouraged Gideon in Judges 6, who greeted him with the words, “The Lord is with you, mighty warrior.”

He sent the angel Gabriel to Mary, in Luke 1, to tell that she would give birth to the very Son of God. The angel Gabriel came to Zechariah to tell of the news that Elizabeth would bear a son in Luke 1. God sent an angel messenger to the shepherds in Luke 2 to tell them of Jesus’ birth. In Matthew 28, an angel appeared at the tomb of Christ to announce that Jesus rose.

2. To protect us – Many times God sends angels to protect, guard, and fight for us. God tells us in Psalm 91 that He would give angels charge concerning us to guard us in all our ways.

God sent an angel to Daniel in the lion’s den. Daniel 6:22 says that he shut the mouth of the lions so that no harm came to him who was found blameless before God.

God reminded the Israelites of his presence with them in Exodus 23:20 when he said, “I am sending an angel ahead of you to guard you along the way and to bring you to the place I have prepared.”

Psalm 34:7 reminds us, “The angel of the Lord encamps around those who fear him, and delivers them.”

In 2 Kings 6:17, Elisha prayed that his servant would see the armies of angels surrounding the city. God opened his eyes and he realized he had overlooked these mighty invisible beings.

God’s word tells of his special care over children, “See that you do not despise one of these little ones. For I tell you that in heaven their angels always see the face of my Father...” (Matthew 18:10).

3. To serve believers – God sends angels to minister to those who hurt or need strength.

When Elijah was afraid and running for his life in 1 Kings 19, an angel appeared to him and provided food and water for his journey.

In the Garden of Gethsemane, as Jesus prayed and wrestled with what was to come, Luke 22:43 tells us that an angel appeared from heaven, “strengthening him.”

After Jesus spent 40 days in the wilderness and stood strong against the temptations of the devil, Matthew 4:11 says, “Then the devil left him, and behold, angels, came and were ministering to him.”

4. To execute God’s judgment – Angels can be used by God to punish sin and to bring his judgment.

In 2 Kings 19, King Hezekiah prayed boldly to God, asking for his help against their enemies. The Assyrians were known for the cruel way they treated their captives. Verse 35 says, “That night, the angel of the Lord went out and put to death a hundred and eighty-five thousand men…”

Revelation 4:8 says, “Day and night they never stop saying, ‘Holy, holy, holy is the Lord God Almighty, who was, and is, and is to come.’”

In Revelation 5:11-12 we read, “Then I looked and heard the voice of many angels, numbering thousands upon thousands, and ten thousand times ten thousand…In a loud voice, they sang: "Worthy is the Lamb, who was slain, to receive power and wealth and wisdom and strength and honor and glory and praise!"

God gives his messengers charge still today – to bring a message of hope, to protect, to serve, to carry out his judgment, and to give him praise. What we can learn from these Biblical stories:

God knows our ways, we can trust that even when we’re unaware of our needs or impending disasters that lay before us, he is at work. Sending words of hope. Protecting his children. Attending to our needs. Bringing justice and mercy to our land. Encouraging us to worship him. He often works in ways we cannot see. Behind the scenes. Undercover. Yet always working on our behalf. There’s an entire spiritual realm constantly around us that we often live virtually unaware of.

But aware or not, it’s incredibly real. Angels are among us. And God works miracles still today.

Debbie McDaniel is a pastor's wife, mom to three amazing kids and a few too many pets, dramatist and writer. She has the heart to communicate God's hope though the everyday moments of life - the good, the bad, the ugly, and the ones that take your breath away. A lover of every sunrise, forever needy of His grace, this Texas girl finds joy in the simple gift of each new day. Debbie invites you to join her at www.freshdayahead.com, and Facebook and Twitter.