Why do stories like The Lion King resonate so powerfully in our hearts? Why are we enthralled by the plight of a little cub who is meant to be king but finds himself an outcast eating grubs with a meerkat and a warthog? What is it about his slow walk to the tip of pride rock that has us waiting, spellbound, for that mighty roar?

Maybe it’s the undercurrent of another story—the echoes of truths that many Christians have heard from childhood. After all, this beloved classic drew inspiration from the story of Moses: Simba’s journey isn’t so different from ours as believers.

Here are 10 powerful quotes from The Lion King that will impact your faith. 1. “Everything the light touches is our kingdom.” -Mufasa

When Mufasa sits on pride rock showing his son the kingdom that will one day be his, Simba is in awe. It’s a vast territory, but it has boundaries and Mufasa points those out as well. The “shadowy place” is dangerous and out of bounds. As Christians, many of us get so caught up in the freedom we have that we ignore or forget about the boundaries God has put in place for our protection.

“…God is light; in him there is no darkness at all. If we claim to have fellowship with him and yet walk in the darkness, we lie and do not live out the truth.” (1 John 1:5-6)

Look for the light and walk in it. It’s a simple enough instruction, but curiosity draws us toward the shadows, just like curiosity drew Simba to the elephant graveyard. We feel like we’re missing out on something. Obedience doesn’t violate our freedom; it protects us from situations that would steal our freedom from us.

Trust God’s boundaries when you encounter them. Believe that He wants only good for you and refuse to allow the voice that questions His intentions to linger. 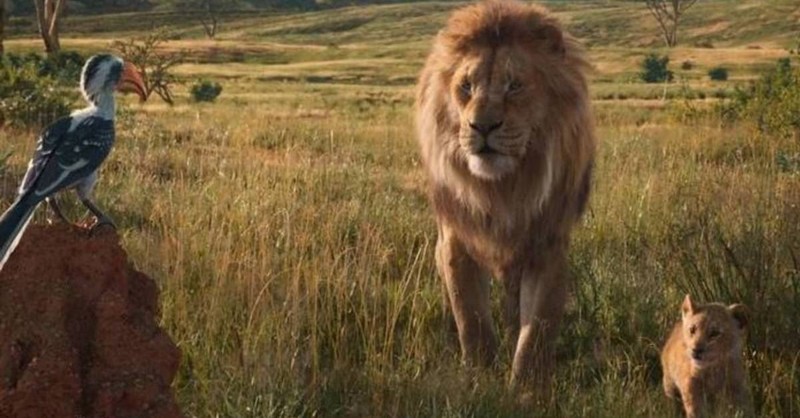 2. “There’s more to being king than getting your way all the time.” -Mufasa

Simba’s position as Mufasa’s son certainly comes with perks, as any position of power does, but it also comes with responsibility. Although Mufasa chuckles at his son’s excitement, he also reminds him of a vital truth: it’s not all about you.

Being a king isn’t about fulfilling your own desires, and neither is being a Christian. Look at Jesus — He spent nearly every waking moment of His 30-year ministry talking, healing, and teaching. He even washed His disciples’ feet, and He is our example.

Sacrifice yourself and serve others. Give up time, money, and energy to bless the people around you.

3. “Being brave doesn’t mean you go looking for trouble.” -Mufasa

After disobeying his father and putting both himself and Nala in harm’s way, Simba tearfully insists that he was only trying to be brave—a statement that prompts this bit of wisdom from Mufasa.

How many times do we provoke battles we were never meant to fight? Maybe we think that God needs us to claim ground for His kingdom, or perhaps we’ve falsely identified a personal vendetta or matter of pride as God’s crusade.

That’s the opposite of looking for trouble. We are to be courageous when facing whatever battles God allows, but we must not confuse courage with warmongering. Before you engage in conflict, ask yourself if it will bring God glory. After all, that is our purpose as believers.

It means no worries, and that’s exactly what Simba is looking for when he meets a warthog and meerkat duo living the good life.

But “Hakuna Matata” doesn’t mean propping your feet up and pretending your problems don’t exist, as Simba discovers.

“Therefore do not worry about tomorrow, for tomorrow will worry about itself. Each day has enough trouble of its own.” (Matthew 6:34)

No worries—it’s a biblical principle. God doesn’t want us to walk around in perpetual uncertainty agonizing over what might happen or has happened already. We are to hand our worries to Him, trusting Him to care for us and guide us every day.

And applied to our lives as believers, it’s a “problem-free philosophy” that is the result of determined trust in the one who made us.

This is a vital question, as Simba has been running from his past and identity for years. And it is just as vital for followers of Christ.

Who are you? Sometimes I wish I had a wise old baboon to swoop down, crack me on the head with a stick, and give me the answer.

“See what great love the Father has lavished on us, that we should be called children of God! And that is what we are!” (1 John 3:1)

Where we place our identity affects our foundation, our clarity, and our choices. If you have surrendered your life to Christ, you are a child of God and that changes everything. 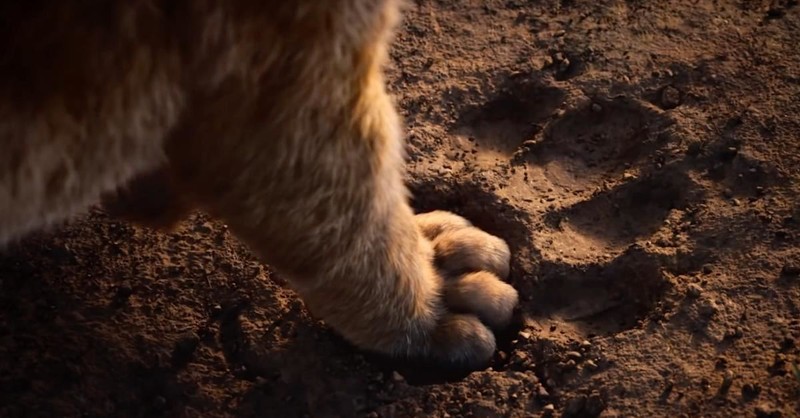 6. “You have forgotten who you are and so forgotten me.” -Mufasa

All of Simba’s troubles in that moment could be traced to his deliberate disposal of his identity. Running away from his past meant running from everything his father had taught him.

Mufasa had given Simba all the instruction he needed to step into his role and save his family from Scar and the hyenas. But he had to be reminded of who he was first.

“Can papyrus grow tall where there is no marsh? Can reeds thrive without water? While still growing and uncut, they wither more quickly than grass. Such is the destiny of all who forget God...” (Job 8:11-13)

It is frighteningly easy to forget that we are children of God.

But forgetting means tossing aside the tools we need to navigate these difficult situations. God has given us His Word to guide us. And if we remember that we belong to Him, we can walk confidently in that instruction.

7. “You are more than what you have become.” -Mufasa

This simple statement addresses Simba’s primary struggles: his casting aside of the responsibility of leadership and the guilt of his father’s death still shadowing him.

Believers often get bogged down by the past. We drag around packs loaded with sins, memories, wounds, and words, and we wonder why our Christian walk is so hard.

“Forget the former things; do not dwell on the past. See, I am doing a new thing! Now it springs up; do you not perceive it? I am making a way in the wilderness and streams in the wasteland.” (Isaiah 43:18-19)

Just as Mufasa told his son, we are so much more than what we have become. “Do not dwell on the past.” The past doesn’t have to be years ago; the past is yesterday. Don’t drag it around with you. God is calling you to be something more.

8. “The past can hurt. But the way I see it, you can either run from it or learn from it.” -Rafiki

Rafiki vividly illustrates his point by swinging a stick at Simba’s head hard enough to leave a memorable bump behind. But his second swing only catches air as Simba ducks away.

Learn from the past, but don’t get lost in it. Move on from it, but don’t run from it. There is such a delicate balance here.

“Consider it pure joy, my brothers and sisters, whenever you face trials of many kinds, because you know that the testing of your faith produces perseverance. Let perseverance finish its work so that you may be mature and complete, not lacking anything.” (James 1:2-4)

Our struggles should make us stronger. If some past difficulty rises in the road ahead like a stone wall, don’t waste your time looking for a way around. Walls like these stretch infinitely in both directions; trust me, I’ve looked.

Learn how to climb. And the next time you encounter it, it won’t seem as formidable.

Simba wants to see his father; he feels lost without him. Rafiki shows Simba that even though he feels alone, he isn’t.

“Do you not know that you are a temple of God and that the Spirit of God dwells in you?” (1 Corinthians 3:16)

Just because we can’t see or touch God doesn’t mean He isn’t there. He doesn’t interact with us the same way another person might because He isn’t a person. But His Spirit lives in us, enabling us to live abundant, empowered lives.

When life feels impossible, know that you are never alone. He lives in you.

This is the final word spoken in the movie. Simba has defeated Scar and reclaimed the Pride Lands, and Mufasa speaks to him as he reaches the tip of Pride Rock.

The Bible is loaded with this command. God tells His people to remember who they are, who He is, and what He has done for them. He commands them to build pillars and altars of remembrance—memorials to future generations.

“Look to the LORD and his strength; seek his face always. Remember the wonders he has done, his miracles, and the judgments he pronounced.” (1 Chronicles 16:11-12)

Humans are forgetful, even more so regarding spiritual things because we have a hostile enemy snatching truth from us. Remember. Write it down, tape it to the bathroom mirror, do what you must to cling to who God is and what He has done for you.

Whatever form this story takes (original cartoon, Broadway play, or CG remake), it doesn’t grow old. It’s so much more than entertainment for children. The themes are timeless, stirring the hearts of all ages with powerful truths.

NEXT: 25 Easter Blessings and Quotes to Celebrate the Resurrection of Jesus