Renewing of the Mind: 3 Ways to Mine More Gold from Familiar Bible Passages

Renewing of the Mind: 3 Ways to Mine More Gold from Familiar Bible Passages 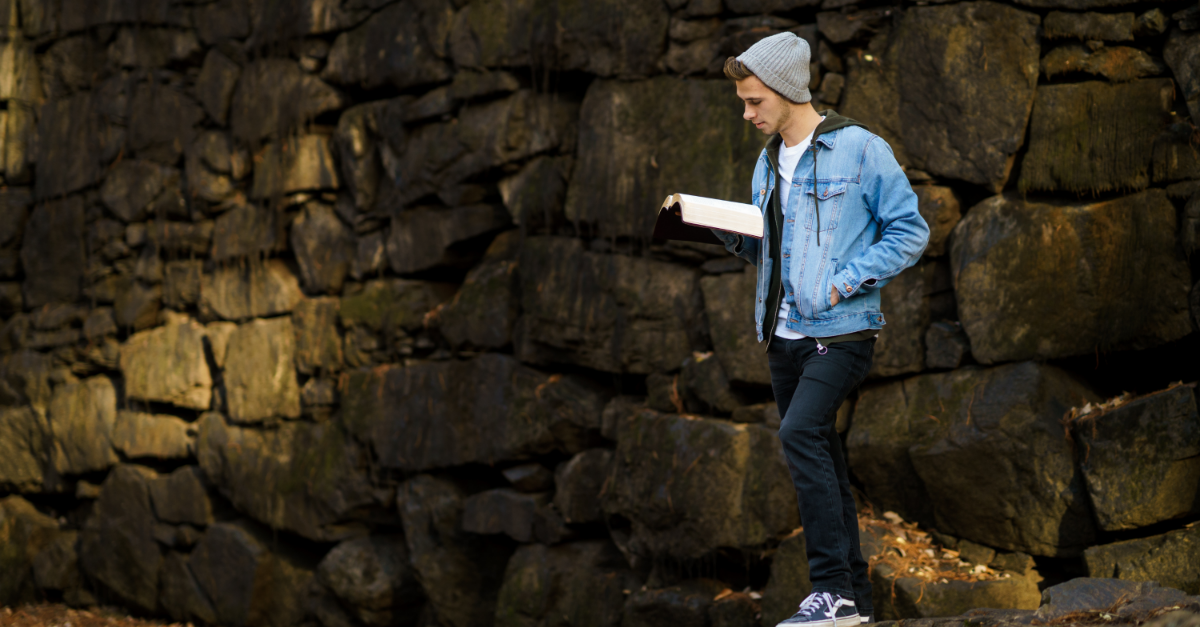 My resolution for this year is to read my Bible more often, ideally making it through the entire Bible this year.

I’ve tried several times to read all the way through the Bible but never succeeded. I tend to blame my failed attempts on the fact that some parts of the Bible are, well, boring. Really boring. Like Leviticus. Here are the topics covered in the first 15 chapters of Leviticus: laws for offerings, priests and offerings, Aaron and his sons, the deaths of Nadab and Abihu, laws on eating and childbirth, laws on leprosy, and laws on bodily discharges.

Not exactly a page turner, that book of Leviticus.

But if I am honest with myself, I admit that the real reason that my past attempts to read through the Bible ended in failure was this: reading the Bible became a chore. It was a checkbox item on my daily list. Rather than reading God’s Word to be transformed by it, I just tried to plow through.

When my mindset was “just get through”, even a familiar passage became dry to me. I found myself going on auto-pilot. I’d read the passage, but I wouldn’t really pay attention, figuring that there was nothing new to be gained from it.

What I have discovered – mostly through the process of writing a daily devotional – is that there is plenty of gold to be mined from every part of Scripture, including the passages that I have read dozens of times.

Here are three ways that you can find new life in even the most familiar parts of the Bible:

1. Imagine you are there.

Back when I was helping to lead a youth group, my primary job was to teach a Bible lesson at every meeting. Most of the teens in the group had been going to church their entire lives, so they were pretty familiar with a lot of Bible passages.

One December, I was teaching on the Christmas story from Luke 2. I knew that the youth not only had heard the story many times but also had listened to Christmastime sermons and lessons on the story. I read the Luke passage a few times, looking for a fresh angle on it. Each time I read it, one simple phrase stood out: “they were terrified.”

The shepherds were terrified.

Why? I imagined that I was there with them. A few of us, all by ourselves on a lonely hill outside a small town. No streetlights. Maybe no moon. Nearly pitch black. Only the sound of a gentle breeze blowing through a few trees in the distance. The same way it was every night. Close your eyes for a minute and imagine that you are there, too.

Out of nowhere, an angel appears, right in the middle of us, and “the glory of the Lord” shines all around us. The light emanating from the angel is not a soft glow. It is intensely, unimaginably bright. It shatters the darkness. It is blinding. We can’t see anything.

Terrified? Yes. We’re terrified. And that’s just one angel. A few minutes later, there are thousands of them. Everywhere. Praising God before disappearing as quickly as they appeared.

Once I started to see things from the perspective of the shepherds, I chuckled at their statement, “Let’s go to Bethlehem and see this thing that has happened, which the Lord has told us about.” You think? They didn’t stroll to the town, chatting on the way. They ran there. I certainly would have. I wouldn’t want to risk the angels coming back for an encore.

Imagining that you are there can breathe new life into almost any familiar Bible passage.

But the pastor started his sermon with an intriguing premise: the parable would have stunned listeners when Jesus told it. Not just that – it would have made them angry. Furious.

I sat up in my seat to learn why.

The pastor explained that, when the younger son says, “Father, give me the share of property that is coming to me,” he is telling his father, “You are of no value to me until you are dead and I can get my inheritance. I wish you were dead. In fact, I am treating you as if you were dead. Give me my money.” A “good” Jewish father would have disowned the son for his incredible disrespect.

Instead, the father in the parable gives the son his inheritance without uttering a word. A first-century Jewish audience would have been aghast.

When the younger son gets his inheritance and squanders it, he is in big trouble, because he knows that his father will never accept him back into the family. The son’s only hope is that the father will take him on as a servant. A “good” Jewish father had every right to reject the son’s plea and send him away. After all, the son had declared his father dead.

But the father in the parable does the unthinkable. Again and again. Every day, he scans the horizon for the son who had disrespected and dishonored him. When the father finally spots that son, still a long way off, he debases himself and runs to his son.

And after the son starts his well-rehearsed speech about how he has treated his father terribly, the father cuts him off, restores him as a son, and has a celebration to welcome him back into the family.

A first-century Jewish audience would have reacted like the older son in the parable reacts: with anger and even contempt for the father in the story. And when the audience figured out that the father was a representation of our Heavenly Father, they would have faced a stark choice: reject the teachings of Jesus or rethink everything they thought they knew about God.

3. Focus on the story: your story.

Why did Jesus tell so many parables? Why will the average American watch over 5,000 movies in his or her lifetime? Why will book sales be higher this year than in any previous year?

We love stories. Or, as City on a Hill Studio says, “Story is the language of our hearts.”

The Bible is a collection of stories. When viewed at a high level, the Bible is one story: the story of God’s relationship with His people.

In addition to including stories, the Bible also influences stories – the stories of people’s lives. As the writer of Hebrews says, “For the word of God is living and active, sharper than any two-edged sword, piercing to the division of soul and of spirit, of joints and of marrow, and discerning the thoughts and intentions of the heart” (4:12, ESV).

Consider George Frideric Handel. When he was in his 20s, Handel was the highest paid composer in the world. But when audiences began chasing after newer artists, Handel went bankrupt. He became depressed, and stress brought on a palsy that crippled some of his fingers.

Handel’s troubles, however, also matured him. His temper mellowed, he softened his formerly sharp tongue, and his music became more heartfelt.

One day the more mature Handel received from Charles Jennings a manuscript that was a collection of various Biblical texts about Jesus. The opening words, “Comfort ye, comfort ye my people,” moved Handel.

Handel started composing music for the manuscript. Twenty-three days later, the entire Messiah was complete. A year-and-a-half later, Messiah opened to enormous crowds in London, with Handel leading from the harpsichord. Handel’s fame rose again. Even after going blind, he continued to play the organ for performances of Messiah and his other oratorios until his death.

When you encounter a familiar passage of Scripture, consider how that passage has affected your story. If you draw a blank, then ask a friend.

Sometimes, hearing someone else’s story will help you recall your own. And a formerly dry part of the Bible will take on new life.

Chris Bolinger included as many stories as he could in Daily Strength for Men, a 365-day daily devotional from BroadStreet Publishing. Very few of those stories are about him, because “other people’s stories are a lot more interesting.”

NEXT: 10 Ways to Rid the Winter Blues