What Would Jesus Do in Today's World?

What Would Jesus Do in Today's World?

Russian probes, nuclear summits, refugee crises, #MeToo, and more—these days it feels like everything is in flux. How would Jesus respond to the political and social upheaval we’re currently experiencing? The same ways he responded to the political and social challenges of his own time: not with acquiescence and passivity, not by giving in to the arresting powers of conformity and privacy. But by building a new world order—what Jesus called the Kingdom of God.

Here are five things I’m pretty sure Jesus would do in today’s world.

1. Jesus would side with the poor, not with a party

It has been claimed that partisan politics is an even more divisive issue in America today than race.

Whether left or right, Democrat or Republican, each side lives in its own echo chamber, with its own preferred TV news networks, talk show hosts, newspaper columnists, social commentators, blog writers, conventions, etc.

We all seem to exist in huge feedback loops, squelching dissent and growing more extreme in our thinking, blithely ignoring evidence that our respective positions might be wrong. In fact, we want little to do with each other.

And then there’s the hate.

How would Jesus respond to this world? By joining in the dissent and factionalism? By hating people from the other party? You know that’s not what he’d do.

He stood with the poor in spirit, and those who are persecuted for the sake of righteousness. He offered comfort to those who mourn, and mercy to the merciful. Jesus told the pure of heart they would see God, and the peacemakers that they would be called children of God.

And he told us to do likewise.

In saying this, I’m not proposing a complete withdrawal from the political process. As good citizens in a free democracy, we should exercise the privilege of engaging our politicians about the issues that mean so much to us. And we should vote responsibly. But we can never put our confidence in political processes alone to deliver the liberation Jesus promised. We know that the goal of the political process can’t simply be “liberation” from something. We must be liberated to something. Otherwise we are liberated only to ourselves and self-expression, which is another form of bondage.

The church is called to offer such a space: a social reality which displays the Kingdom of God as a foretaste of things to come. There is no liberation without the people of God. Being a community that embodies God’s values is more important than looking for the next heroic leader to save us.

When enticed by the tempter in the wilderness (see Matthew 4:1-11), Jesus resisted the urge to be that heroic leader himself. He could have turned stones into bread, descended from the highest point of the Temple carried by angels, and commanded all nations to bow before him. But he chose a different way: to instill God’s values in the hearts of a handful of fishermen, tax collectors, former prostitutes, housewives, a bleeding woman, a lame man, a blind man, a demon-possessed man. And then to unleash them on the world.

3. Jesus would put flesh on truth

If we ask what Jesus would do today, we can be sure of one thing: He would take on flesh and walk among us. And that’s what we should do. We must embrace the incarnational mission of Jesus. We can’t merely preach about truth; we must also bring healing and justice, kindness and mercy, to a broken world. As The Message version of John 1:14 reads, “The Word became flesh and blood, and moved into the neighborhood.”

This involves living a life patterned on the incarnation of Jesus, being enabled by the continuing power of that incarnation, and joining the ongoing incarnating mission of God in this world by the Spirit.

This could look as beautiful and as everyday as cooking for others, making small talk and telling stories, tending animals and gardens, watching sports together, playing music, and reading books. It can look as grand as fostering babies and supporting poor and single mothers, and visiting prisons and volunteering our time to help the unemployed, the homeless, the disabled, and those beaten by circumstance. These are places where, as Garrison Keillor says, “the gravy soaks in and grace shines through”.

4. Jesus would model an alternate way

When Jesus called his disciples together, he gave them a new way to live.

He taught them to offer forgiveness to their persecutors; he showed them how to shame their oppressors by offering them the other cheek; he embodied the way of humility and suffering; he gave them a new way to deal with money—by sharing it.

There was nothing like the people of God as Jesus imagined it to be. Instead of calling on his followers to smash the existing system, he inspired them to build a new order. And he did that by giving them a new pattern for relationships between men and women, between parents and children, between masters and slaves. It was a radical new vision of what it means to be a human person.

Rather than either opting into party politics or ignoring the system completely, Jesus’ people find a third way: the way of modeling an alternative society, an antidote to the sound and the fury that characterizes civil discourse these days.

5. Jesus would pray for the Kingdom to come

If there’s anything we can be sure of in the midst of this current turmoil, it’s that Jesus taught us to pray: “Your kingdom come. Your will be done on earth as it is in heaven” (Matthew 6:10, nkjv).

What does it look like when God’s will is done on earth?

There are many ways of imagining it, but I expect it will include art and music and poetry and shared laughter and picnics and moral outrage and soup kitchens and special privileges for children only and wonder and humor and endless love, all to counterbalance the otherwise immobilizing realities of tyrants, starving children, death camps, and plain old everyday greed.

Its fullest realization will come only when Christ returns. It isn’t something we can create by ourselves. And so we pray.

I explore these and many more ideas for freeing the church from conventionality and conformity in my new book, Keep Christianity Weird (NavPress). 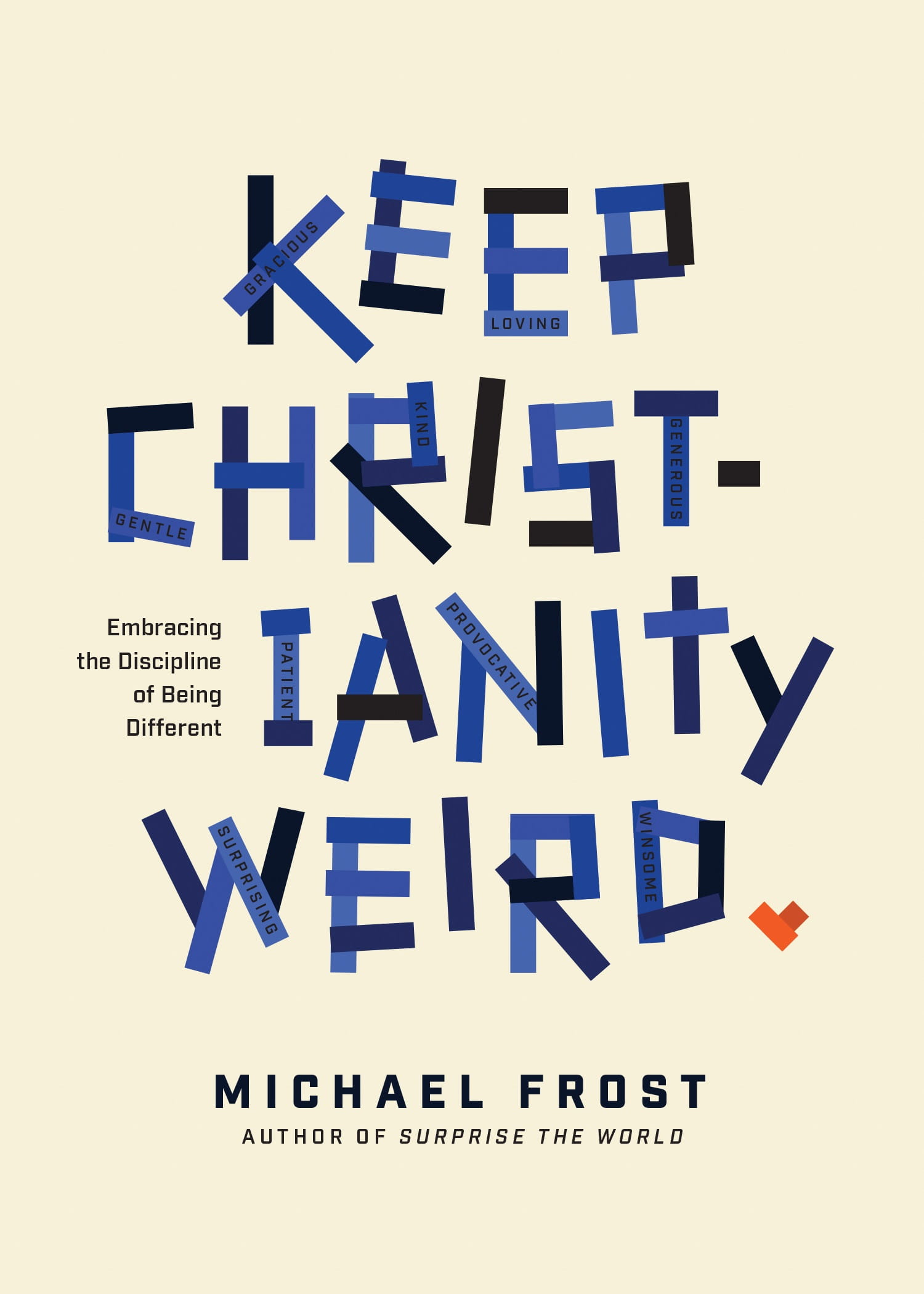 Michael Frost is a leading voice in the international missional-church movement. Author of more than a dozen books, he is also cofounder of the international Forge Mission Training Network, vice principal of Morling College, and founding pastor of Small Boat Big Sea. Frost is a highly sought-after speaker, traveling internationally multiple times a year.