6 Tips to Master Your Media Consumption This Year

6 Tips to Master Your Media Consumption This Year

There were three channels, four if you counted public television. And at some point during the night, the screen resembled snow.

We couldn’t watch a movie that wasn’t in a theater. We couldn’t listen to our favorite song if we didn’t own it on vinyl or cassette.

There were no tablets, at least not the kind that performed magical feats through a touch screen.

On road trips we read books, the kind that have bindings and pages.

If we wanted to buy something, anything, we had to go to a store.

If we wanted to communicate with a friend, we had to talk into a contraption attached to a long cord in a very public part of the house or we could write a note and pass it during class the next day.

I love telling my kids these stories.

With Alexa at our beck and call, ready to play whatever our hearts’ desires, with several tablets within an arms-reach, with a television connected to cable and several streaming services, with iPhones and headphones and apps galore, with Amazon ready to run that credit card bill sky high…

Media is an ever-present reality in modern life. You can’t escape it. It is necessary for work, for ministry, for play, for life.

It is both a blessing and a curse. And it’s easy to be consumed with the attraction, the distraction, and the demands of it all. We don’t live in a little house on the prairie anymore, but we can binge-watch one around the clock if we want.

How healthy is that, even if the show is a wholesome adaption of an American literary classic?

That’s a good question to ask.

Here Are 6 Tips to Master Your Media Consumption this year: 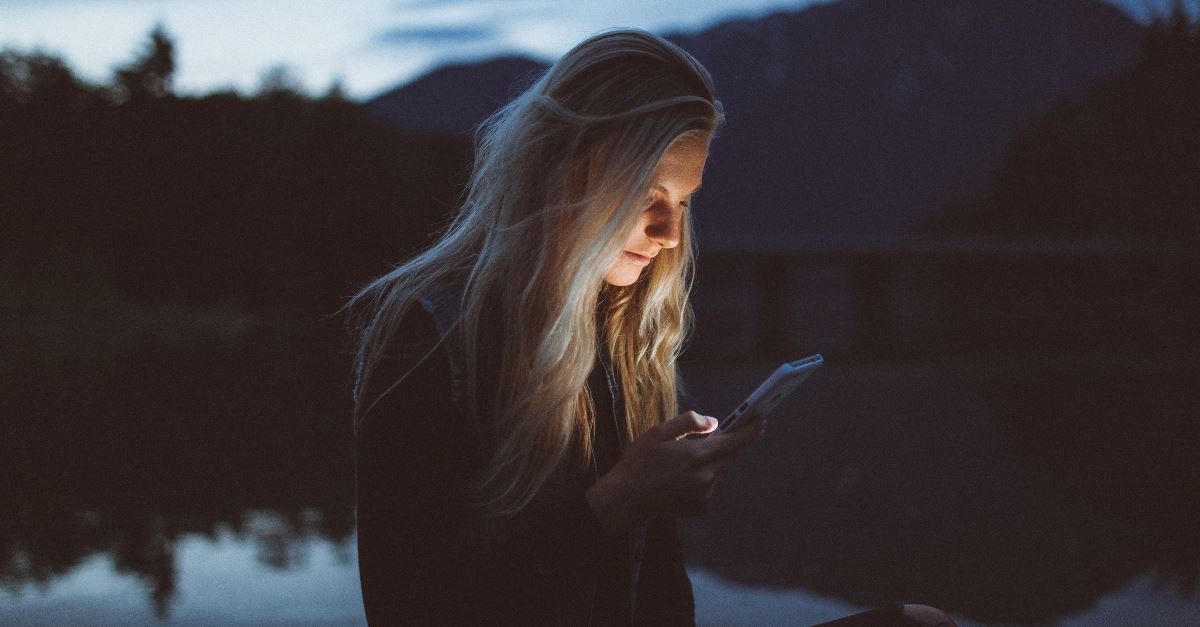 1. Make Your Time with God the Priority.

This one is obvious, but it can’t be stated enough. It’s easy to get sucked into the vortex of a day. Many of us hit the ground running and don’t look back. Work presses, children cry, headlines bombard us, and our inbox overflows.

We must quiet ourselves to hear that still, small voice.

Personally, if I don’t do this at the start of a day, my communion time with the Lord usually doesn’t happen. I mean for it to, but somehow, that window of opportunity slips away.

Make a plan to spend time with God every day. Make it a priority. Pick a place and be consistent. Know that there is grace and there are exceptional days, but do everything within your power to stick to it.

You, God, are my God, earnestly I seek you; I thirst for you, my whole being longs for you, in a dry and parched land where there is no water. (Psalm 63:1)

2. Make sure you aren’t following bad advice and growing dissatisfied with reality.

I wrote an article on Hallmark Christmas movies recently that struck a nerve. With over 80 million viewers, this media giant has developed a secret sauce in holiday programming that is the envy of every other network.

And yet, even in the wholesome, sex-free, curse-free world of Hallmark—there is some bad advice. And the happy, candy-colored world presented can cause dissatisfaction in real life.

“Follow your heart” and “do what makes you happy” philosophies permeate modern media. If you aren’t careful, a Sheryl Crow mantra of “If it makes you happy, it can’t be that bad” may take over.

I’ve heard Christians write off many activities that Scripture expressly forbids with the motto, “God wants me to be happy.”

To be clear, God is for happiness, but not at the expense of holiness. Our heavenly Father recognizes that any happiness which takes you further from His standard will be short-lived. And ultimately, it will harm us.

Just as we would never support something that harms our children, God does not support what harms us.

So, let the Word define your reality and inform your decisions, not the media.

3. Make sure you aren’t medicating pain with a visual distraction.

During the many years I have been involved in women’s ministry, I have heard devastating stories of mental illness, betrayal, addiction, molestation, rape, and sex trafficking. Such heartache and trauma is hard to process. The weight of all these trials and hardships seems too much to bear.

When soul-crushing obstacles surround us, we are all tempted to self-medicate with a distraction.

For some, it is food or a hard drink.

For a few, exercise.

For many, it is media.

It is so easy to binge-watch a popular television series or spend hours on social media in order to drown out the pain. These virtual realities distance us from our own.

I’m not saying that it is wrong to use media as an uplifting distraction sometimes, but we must know that it is not a remedy for what ails us. There are some wounds that only God can heal.

When your heart is heavy and the world is cold—close the laptop, silence the phone, and turn off the tube.

Imagine that question asked in the most adorable two-year-old-little-girly voice in the tri-state area, a few dozen times a day, and you are living my life.

Peppa Pig and Paw Patrol would rule in my house if I let them.

But the fact that the tiniest member our family has this incessant draw to the tube shows how powerful media can be. We can lose ourselves in it. We can indulge, if we want. We can become addicted.

And we don’t have a loving mama saying, “No darlin’—not now. You’ve had enough.”

When you feel that perpetual pull to a show, a game, or a device, ask yourself—is this controlling me?

If you think it is, break the tie.

5. Do a media fast several times a year.

When you feel a compulsion to indulge in media, that is the perfect time to fast from it. Cleanse the psyche and the system for a few days, or even better, a few weeks.

Ask the Lord to examine your heart for any possible addictions and take a break from them. Tell a friend and ask them to hold you accountable. It’s so easy to give in when you go it alone.

Many churches embark on corporate fasting at the beginning of the year or during the season of Lent. This is the perfect time to conduct a media fast. When we tune out loud, secular voices, that still, small voice can take center stage.

What can you do instead?

Determine to master your media consumption. Don’t let it master you.

6. Be aware of secular ideology and confront it.

A few years ago, a number of prominent evangelical ministers called for a boycott of a film series based on a novel by Ayn Rand. This Russian immigrant to the U.S. wrote some popular works of fiction in 1940s and 50s which have become cult classics in certain political arenas. Rand had a brilliant mind and an ability to flesh out ideas and their consequences in compelling story form.

But Rand was an atheist, and her books identified religion as a driving force of evil in the world. To some degree, she was right.

I read her works in my 20s and found them to be incredibly valuable, persuasive, challenging, disturbing, and flawed. I determined that she was half right on most things—right on politics, wrong on God.

Over the years, I’ve had many meaningful conversations with people who love or hate her work. Knowing what I know about Rand, and other philosophers like her, has opened doors for me to have some deep spiritual exchanges with people who don’t know God.

I couldn’t have had those conversations, though, if I hadn’t read those works with my spiritual eyes wide open.

When Rand’s most popular book, Atlas Shrugged, was finally made into a trilogy, the films were marketed to Christians because they espouse a more conservative worldview. It seemed like a natural fit. But because Rand challenged belief in God, many evangelicals called for a boycott.

Let me be clear—I am NOT talking about challenging a media giant known for family programming because they veer into dicey political waters in order to appease special interest groups (like One Million Moms did with Hallmark). And I’m not talking about canceling a streaming service because of a blasphemous portrayal of Jesus (like a lot of Christian viewers did with Netflix).

When certain lines are crossed, Christians should take a stand. If you feel called to boycott in those situations, then go with your spiritual gut.

BUT… if we want to be Christians who can speak truth into our culture, we must be aware of the lies. When we boycott a culturally significant film, television series, or book, we exit the conversation. And we leave those who don’t know God to shape our culture—unopposed.

As Christians, we don’t need to boycott those kinds of bad ideas. We need to wrestle with them and offer better ones.

Do not conform to the pattern of this world, but be transformed by the renewing of your mind. Then you will be able to test and approve what God's will is—his good, pleasing and perfect will. (Romans 12:2)

So, whatever media you consume:

As Christians, we must be prepared because the world bombards us with materialism, secularism, mysticism, eroticism, racism, classism, sexism, and a slew of other “isms.” It is ever-present in the media we consume. 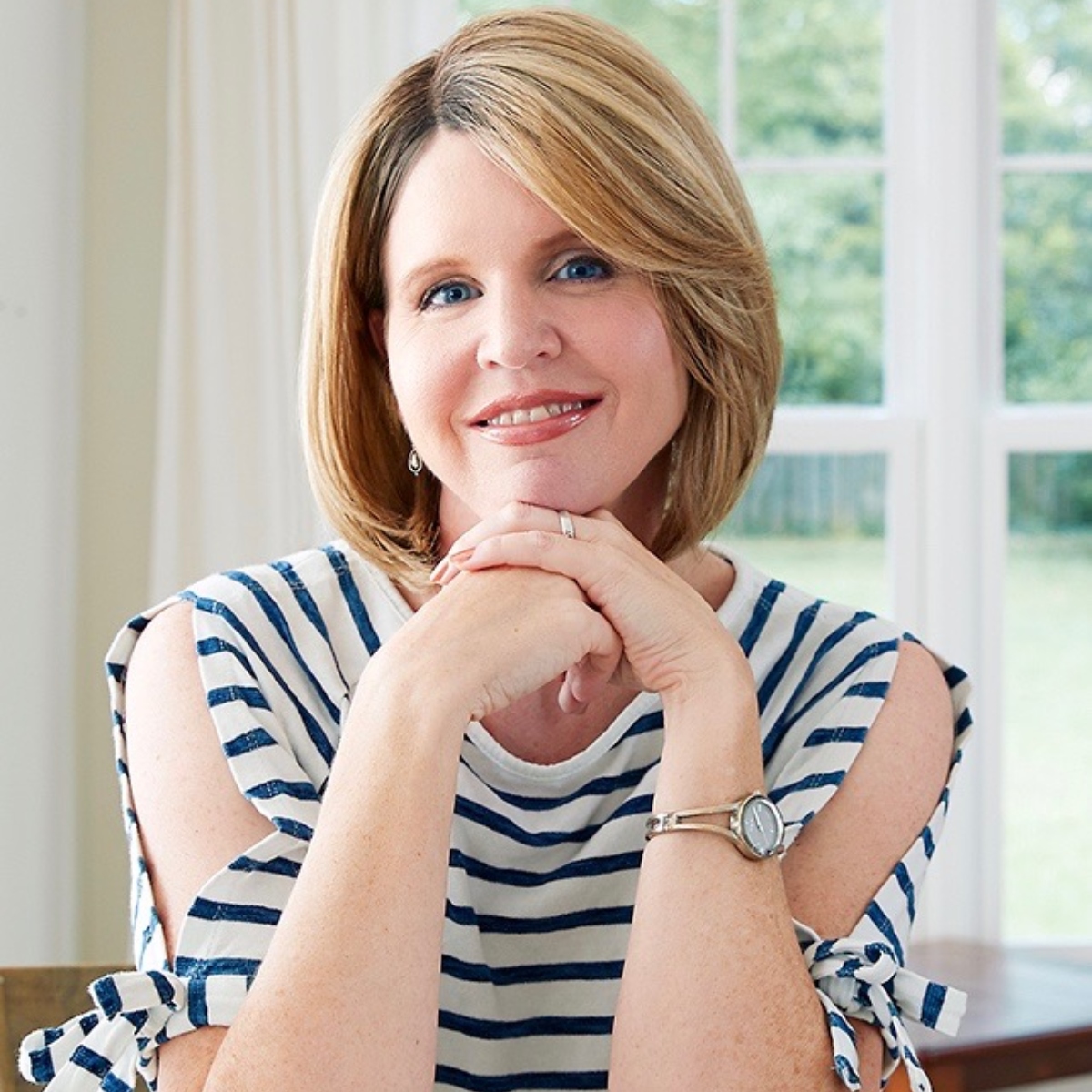 Catherine Segars is an award-winning actress and playwright—turned stay-at-home-mom—turned author, speaker, blogger, and motherhood apologist. She launched the Mere Mother website in October 2019, which delves into critical issues that marginalize mothers in our culture. This homeschooling mama of five is dedicated to helping mothers see their worth in a season when they often feel overwhelmed and irrelevant. You can find Catherine’s blog, dramatic blogcast, and other writings at www.catherinesegars.com and connect with her on Facebook.