How you can qualify for heavenly rewards

So I do not run aimlessly; I do not box as one beating the air. But I discipline my body and keep it under control, lest after preaching to others I myself should be disqualified.

Last year, Olympic runner Rashid Ramzi of Bahrain was stripped of his 1500-meter gold medal because it was found he was using an illegal performance-enhancing drug to make him run faster. Ramzi learned the hard way that you can't get caught competing outside of the rules and still win.

I think this is the exact concept Paul had in mind when he was writing to the Corinthians. Paul's greatest fear was that somehow God would put him on the shelf and out of the race. And do you know what can do that in our lives? Sin.

While sinning can't disqualify you from your inheritance in the Kingdom if you have rightly placed your faith in Christ, it can severely lessen you usefulness for the Kingdom here on earth and diminish your heavenly rewards. Clearly, Paul was concerned that if he did not keep his flesh under control, he would be disqualified from running the race of an effective Christian life and receiving rewards in heaven.

So whatever it may be in your life that is diminishing your ability to run the race, it's never too late to get back into training. God's desire for you is that, day by day, you would throw off the sin in your life that could keep you from winning the race.

DON'T BE DISQUALIFIED FROM LIVING AN IMPACTFUL LIFE FOR CHRIST AND RECEIVING HEAVENLY REWARDS! 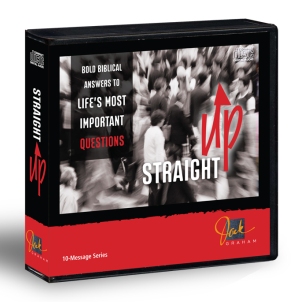