Gather ‘round, and prepare to read tales of true terror. From bones that come alive to monsters lurking in the lagoon, here you’ll find reasons to keep the lights on… that is, if you dare to delve deeper.

Where did we dig up these 10 tales of terror? They’re all found in your Bible.

What happened? King Saul, that ignoble king of Israel, had lost his kingdom by disobeying God. Soon, he would lose his life, too, as revealed by a very unusual source.

Moment of terror? Saul asks a witch at Endor to raise the spirit of Samuel the prophet. After some coaxing, she obliges…

Then the woman asked, “Whom shall I bring up for you?” “Bring up Samuel,” he said. When the woman saw Samuel, she cried out at the top of her voice…” 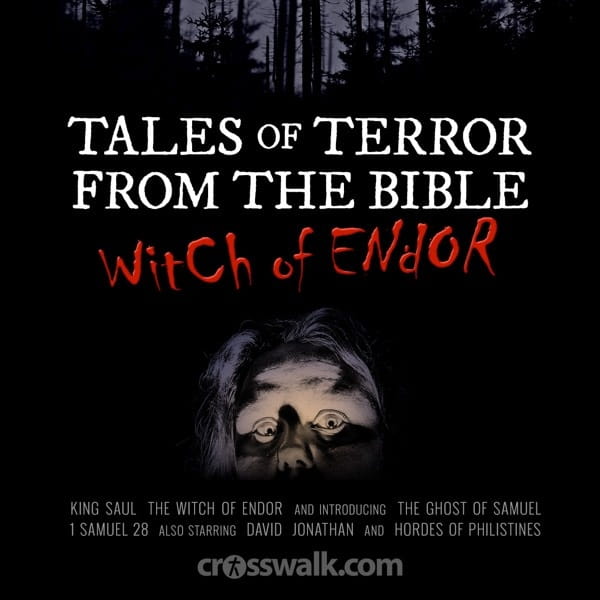 2. The Monster from the Deep

What happened? When God answers the longsuffering Job, He directs the man’s attention to a monstrous beast from the abyss.

The sword that reaches him has no effect, nor does the spear or the dart or the javelin. Iron he treats like straw and bronze like rotten wood. Arrows do not make him flee; slingstones are like chaff to him.

3. Can These Bones Live?

What happened? The prophet Ezekiel gets a rather hair-raising vision when God takes him to a valley filled with bones.

Moment of terror? These bones aren’t meant to just sit there. God’s Spirit begins to work, and things get lively:

So I prophesied as I was commanded. And as I was prophesying, there was a noise, a rattling sound, and the bones came together, bone to bone. I looked, and tendons and flesh appeared on them and skin covered them, but there was no breath in them. 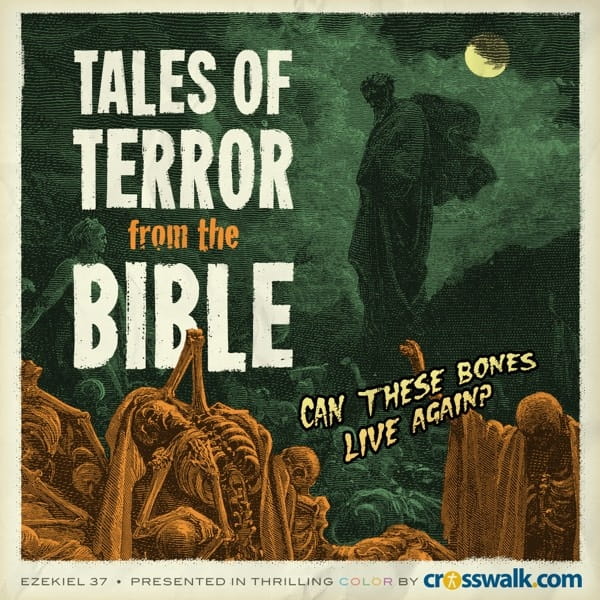 What happened? Many strange things (from our perspective) happened when Jesus died on the cross. The earth shook, the veil in the Temple tore…

The tombs broke open and the bodies of many holy people who had died were raised to life. They came out of the tombs, and after Jesus' resurrection they went into the holy city and appeared to many people.

5. The Hand without a Body

What happened? King Belshazzar gave a sumptuous banquet that would prove to be his last. He made the mistake of treating the items from the temple in Jerusalem as common.

Moment of terror? During the feast, a disembodied hand appeared and scrawled out the king’s fate.

Suddenly the fingers of a human hand appeared and wrote on the plaster of the wall, near the lampstand in the royal palace. The king watched the hand as it wrote. His face turned pale and he was so frightened that his knees knocked together and his legs gave way.

Read… if you dare: Daniel 5 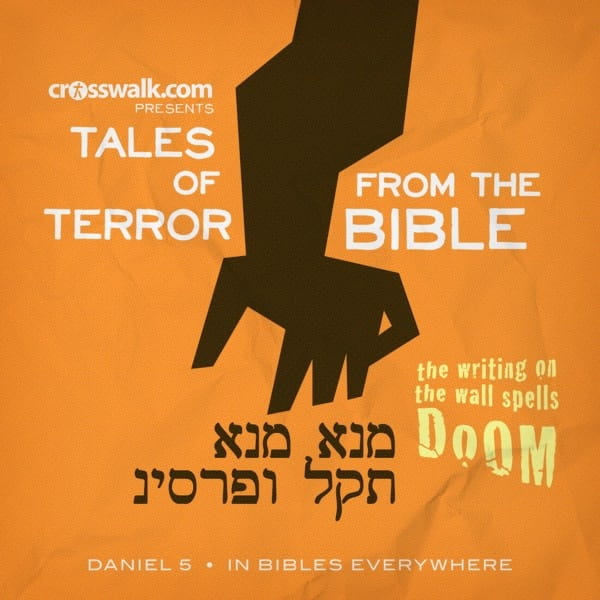 What happened? The 12 apostles had their share of fearful moments, especially when it came to being on the water. One night Jesus sent them out on their own, when something frightening showed up.

Moment of terror? About the fourth watch of the night, Jesus comes to them by walking on the water. But that’s not what they think:

Moment of terror? As the group tried to bury a man, some raiders made them toss the body away hastily:

Once while some Israelites were burying a man, suddenly they saw a band of raiders; so they threw the man's body into Elisha's tomb. When the body touched Elisha's bones, the man came to life and stood up on his feet.

8. A Feast for Worms

What happened? The name Herod may as well be cursed, since the family had its share of run-ins with God. If you don’t know, God always wins in those situations. Herod Agrippa found this out in a most grotesque way.

Moment of terror? Herod Agrippa had the apostle James killed (strike 1), put Peter in prison to kill him (strike 2), and then accepted praise as a god (strike 3... and all 3 outs):

Immediately, because Herod did not give praise to God, an angel of the Lord struck him down, and he was eaten by worms and died.

What happened? Ezekiel can be a pretty odd book, which is why he shows up twice on this list. His calling as a prophet is, to say the least, electrifying.

Moment of terror? While in exile, Ezekiel gets an unearthly visitation:

I looked, and I saw a windstorm coming out of the north--an immense cloud with flashing lightning and surrounded by brilliant light. The center of the fire looked like glowing metal, and in the fire was what looked like four living creatures. In appearance their form was that of a man, but each of them had four faces and four wings.

Read… if you dare: Ezekiel 1

What happened? Jesus helped quite a few desperate people during his years of ministry. But none may be more terrifying than the man possessed by a legion of demons.

Moment of terror? The odd man lives in a graveyard, which is pretty scary as it is. But that’s not the end of it:

This man lived in the tombs, and no one could bind him any more, not even with a chain. For he had often been chained hand and foot, but he tore the chains apart and broke the irons on his feet. No one was strong enough to subdue him.

No Need to be Afraid

While it’s true that the Bible contains enough hair-raising moments to make even a Hollywood director jealous, the real point isn’t to terrify. Instead, these accounts remind us that what we see in this world isn’t all there is. You could say, “This ain’t it, folks.” God is real and at work, creating, changing, saving, and raising to life. My hope is that you will use these moments of "terror" to get people excited about Scripture and the One in Scripture who came to save.

The Bible records the real horror in our world, all the horrible things that happen, without flinching away. But it also constantly reminds us not to be afraid. Why? We can have a hope of glory in Christ (Colossians 1:27) because we know He has overcome the world (John 16:33). His love throws out all our fear (1 John 4:18).

Special thanks to Fred Alberti and Shawn McEvoy for inspiring this spine-tingling idea. Also, Ed Batkins, designer par excellence, spurred me on with his fantastic artwork.