Should You Give the Girl You Love a Promise Ring?

You think the girl you’re dating could be the one… but maybe you’re not ready for marriage -- you want to be more financially secure, you feel you’re too young, you have a job obligation that prevents you from taking that step. If you’re looking to tell the girl of your dreams that’s she the one without taking a complete step towards marriage, consider a promise ring.

It’s a romantic, elegant, simple way to say “I love you” and pledge respect, honor, commitment, and love for each other before taking that next step.

What is a Promise Ring?

The promise ring began as a way for a partner to promise future engagement and marriage to their significant other, but it has evolved to have many meanings including promises of purity, religious devotion, and more. As a physical symbol of your promise, it represents a serious commitment to whatever you are pledging, whether it be future matrimony, a pledge that you will save yourself for marriage, or commitment to a religious cause. 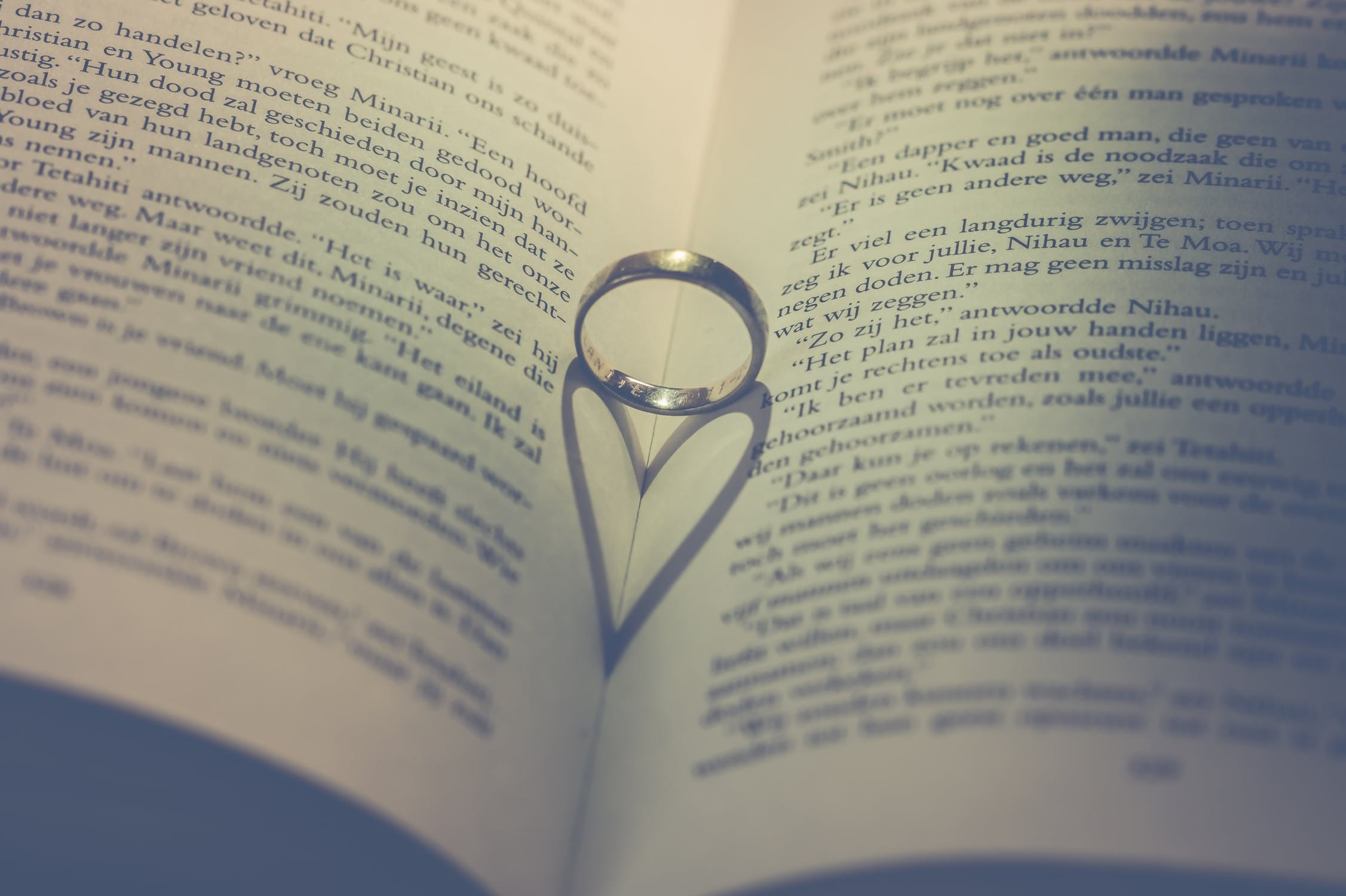 Origin and History of the Promise Ring

Promise rings have existed since ancient times, and their meaning has evolved over the centuries. In the second century BC, Roman brides wore promise rings as a symbol of their upcoming marriage because the papal law stated that couples must wait a specific amount of time between the announcement of their intention to marry and the wedding day itself.

Rings have remained a popular symbol of romance, love, and commitment throughout time. In 15th through 17th century England, posy, or poesie, rings reigned supreme as symbols of romance and affection. The rings take their name from their tendency to be engraved with romantic poetry.

Today, promise rings have many meanings. They can represent a promise of chastity to oneself, one’s parents, or one’s girlfriend. Many couples give each other promise rings as a symbol of their pledge to wait to engage in intimacy until they are married. This is one reason some promise rings are also called purity rings.

Many people buy themselves promise rings as a symbol of abstinence from a vice, whether it be sexual activity, alcohol, drugs, or gambling. Some also wear promise rings as symbols of devotion to religious causes and may even have a saint or specific teachings engraved on their ring.

However, the most common meaning behind promise rings is a pledge of commitment, as a symbol of monogamy or a promise of a future engagement. 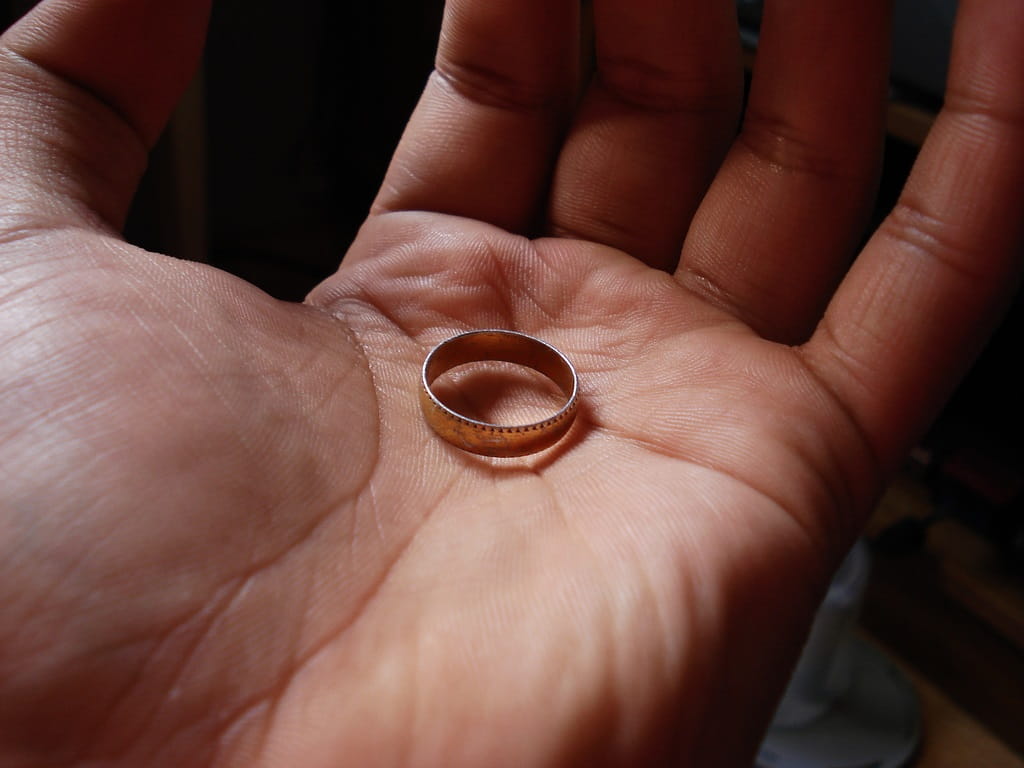 When is the right time to give one?

Promise rings are often the symbol of a big step in a relationship, so there are several things to consider before giving one to the girl you love. You should be certain that you are ready to make a major commitment to your partner, be it one of a chastity or a promise of future marriage. If you don’t feel ready to pledge yourself to your partner, emotionally or physically, don’t give her one. It could be potentially devastating for you or your partner to make a promise you find impossible to keep. Be sure to ask yourself if you’re ready to stay true to your pledge before considering this step.

Most importantly, you should be certain that your relationship is ready to go the distance. Though not as serious as engagement rings, promise rings should still not be bestowed lightly. Typically, experts advise that promise rings should not be offered until the relationship is significantly serious, having lasted around a year or so. Does your partner seem ready for that next step? Have you made it clear that you are in a serious, exclusive relationship? Is she eager to make a commitment to you? You should feel secure in all these things before offering one.

Finally, you need to be sure to be clear about your intentions when giving one -- if you’re making a promise, both of you need to be sure of exactly what that promise is. Because promise rings have a multitude of meanings, including pre-engagement, it’s crucial you explain why you are giving it to avoid confusion or unfair expectations. You wouldn’t want to bestow one as merely a symbol of your romantic commitment and have your partner assume it was the promise of a future engagement ring. Be honest and forthcoming in your purpose -- it will prevent future heartbreak and can still be an utterly romantic conversation.

If you’re in a serious relationship, whether it be with another person, God, or another cause, a promise ring could be the perfect symbol of your commitment and devotion. Just be sure you’re ready to take that step and stay true to the serious nature of the pledge you’re making.

Amy Williams is a free-lance journalist based in Southern California and mother of two. As a parent, she enjoys spreading the word on positive parenting techniques in the digital age and raising awareness on issues like cyberbullying and online safety. @AmyKWilliams1