How Trusting God Makes You a Faith Superhero 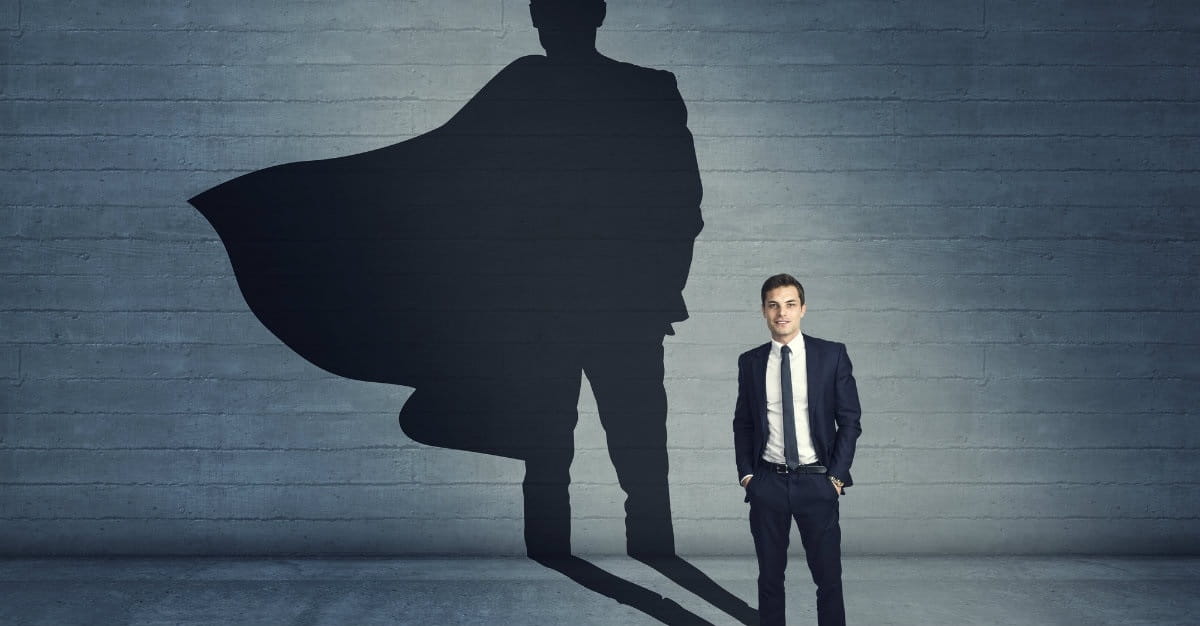 Abraham is a biblical superhero because he is the Bible’s premier example of walking by faith. However, as we consider the events of Abraham’s life, I don’t think any of his neighbors would have had a clue about his great faith. And if we were to read only about Abraham’s actions I don’t think we would either. We know Abraham had great faith because God tells us he had great faith. Superhero status achieved by walking in faith often is largely invisible. This makes sense, since faith is believing things we can’t see.

Faith Is a Matter of Heart 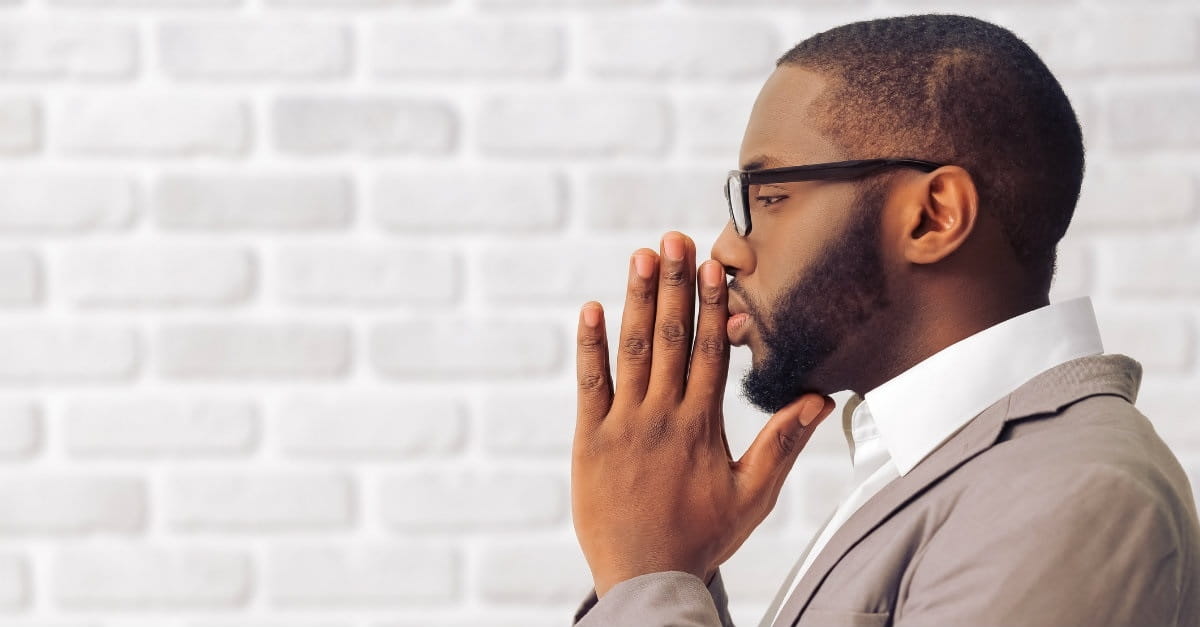 Think for a moment how Abraham’s walk of faith might have appeared to observers who did not have access to additional insight from the Bible. Abraham left his comfortable home in a lush area, traveled a long distance, and resettled in a desert region. He set o on a new adventure while he was old. We know from the Bible that this obedience won God’s approval and elevated Abraham to the status of a faith superhero. God promised to reward Abraham abundantly for his simple obedience (see Genesis 12:1–4; Hebrews 11:8).

But if we had been Abraham’s friends and neighbors watching his life, we likely would have thought Abraham odd for moving to the desert. We would not have known that a great act of faith was taking place. And if Abraham had explained his move by telling us he was obeying God, we might have thought he had early-onset dementia. We know it was an amazing act of faith only because God tells us. Faith, by its nature, is a matter of the heart, and only God knows the heart.

A Simple Act of Belief 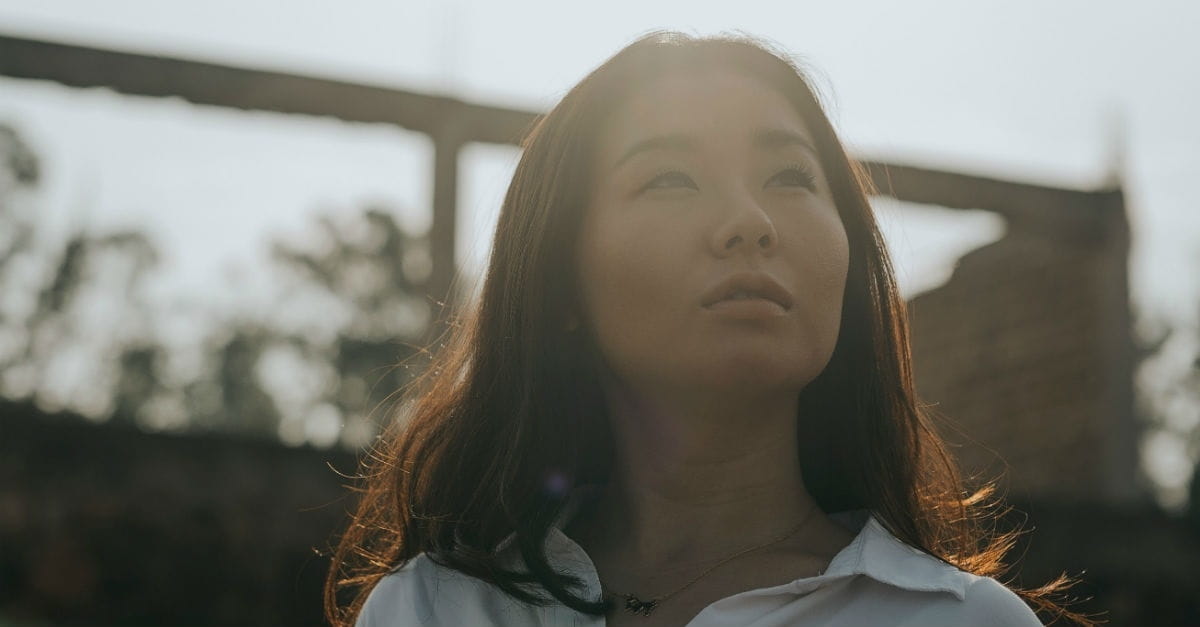 Most of Abraham’s other amazing acts of faith would have appeared unremarkable as well. God told an elderly Abraham that he would father a great nation, even though the hero of faith was past child-bearing age. And when Abraham heard this, he believed God (see Genesis 15:1–6). For that simple act of belief, God accounted it to him as righteousness.

Even if we had been living in Abraham’s household at the time, this monumental event would have gone unnoticed. Abraham’s tremendous act of faith took place completely within his heart. Perhaps Abraham would have told us what he believed. Even with that, however, we would have no evidence to indicate whether his belief was well-founded or whether he might be delusional. We know in hindsight it was great faith because God reveals to us the heart of Abraham. 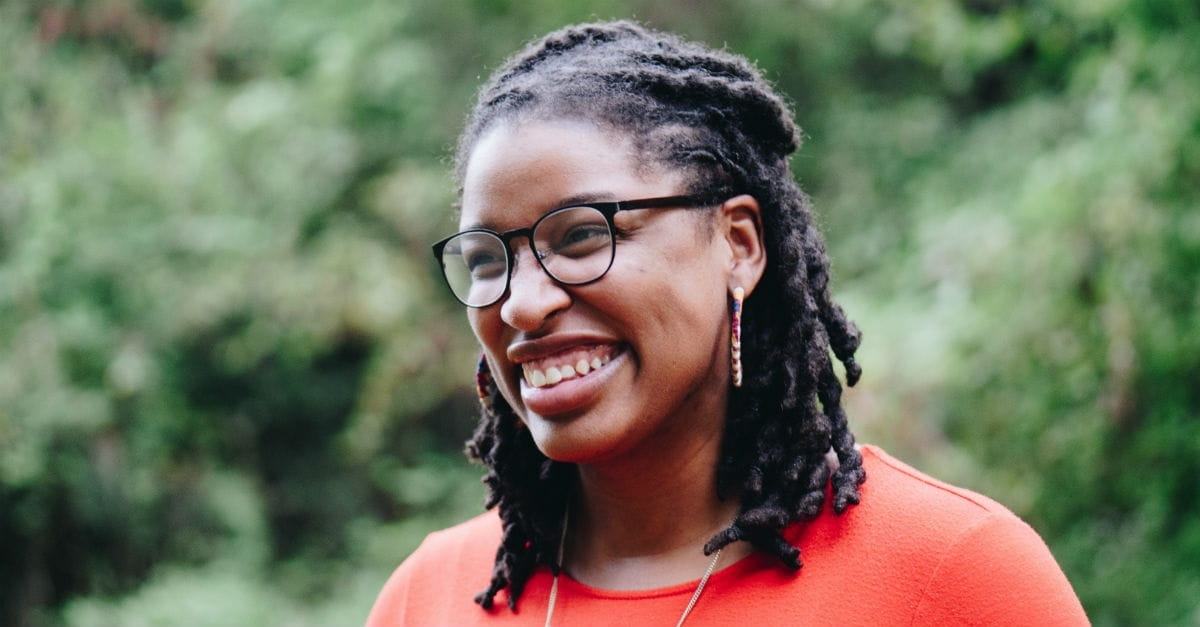 Abraham’s faith was and is a huge deal. Two thousand years later, Paul highlighted Abraham’s story as he inspired his readers with the incredible opportunity we have to walk by faith (see Romans 4:1–25). But an impartial onlooker living alongside Abraham would not have known, for faith is something that occurs in heart. And so it usually will be with us. God always knows our heart. He desires to reward greatly those who trust Him. But most of that trust might be invisible to those around us.

None of the major events of Abraham’s life involve the sorts of things that ll history books, such as building cities, empires, or river cultures. Ultimately he became the ancestor of a great nation, but his life story can be summarized in one phrase: one man walking by faith in obedience to God. We know of Abraham’s greatness only because God tells us Abraham’s story.

This leads to a fascinating question: who else is great that God hasn’t yet told us about? The answer, amazingly, is that each of us has the opportunity to achieve this sort of greatness. In fact, the Bible exhorts us to follow Abraham’s example. But this is a vital perspective to embrace: true greatness often is invisible in our current world. 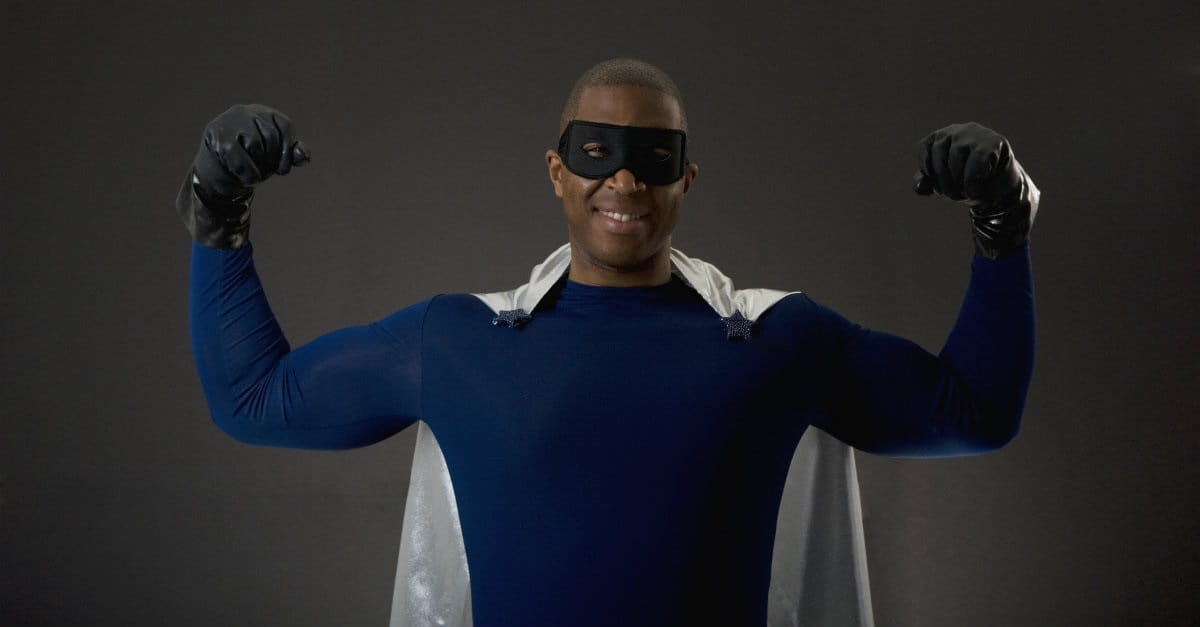 When I was a boy, my favorite comic superhero was Spider-Man. If you aren’t familiar with the story, Peter Parker is a science nerd who gets picked on by athletes and bullies. None of the girls want anything to do with him. One day he’s in the science lab conducting an experiment when a radioactive spider bites him.

Suddenly he’s given all the powers of a spider. He can sense danger even without seeing it; he can lift incredibly heavy objects; he can climb walls. He even invents a spider web technology that lets him sling around town. 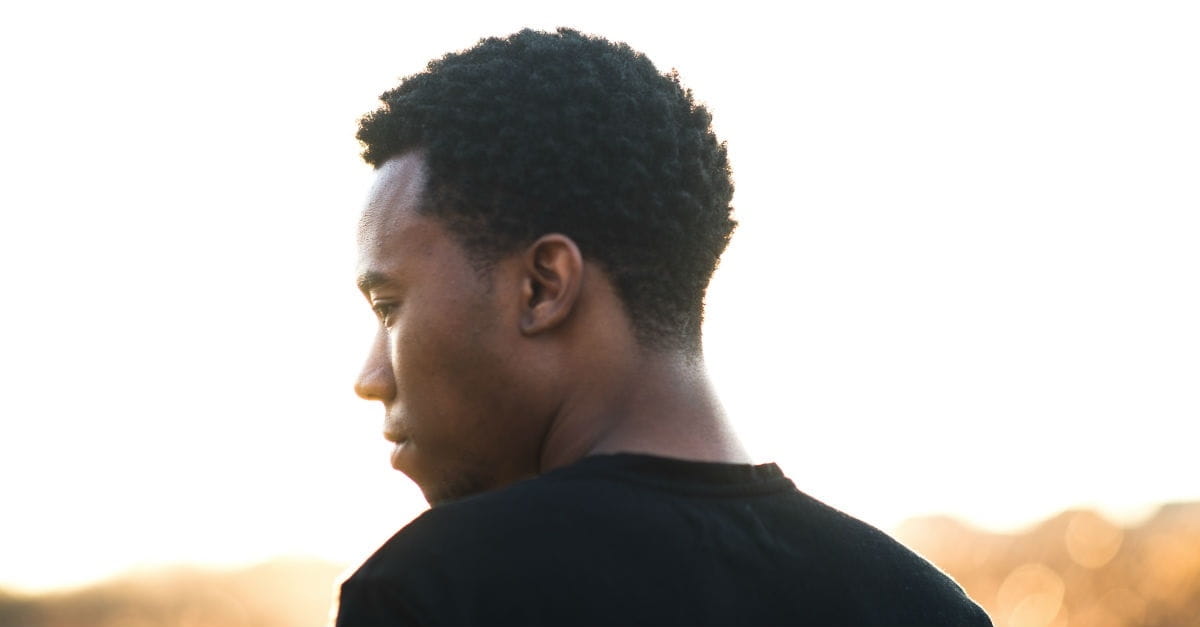 After Peter begins to exert his new physical strength, his Uncle Ben (with whom he lives) teaches him this very important lesson: “With great power comes great responsibility.” Peter doesn’t think much of the advice. As he’s getting used to his new powers, he sees a robbery in progress. “Not my problem,” he tells himself. But sadly his inaction leads to tragedy. The robber kills Peter’s Uncle Ben, and Peter lives with a haunted, guilty feeling. He could have stopped a great evil but didn’t. He decides to practice Uncle Ben’s advice from that point forward. 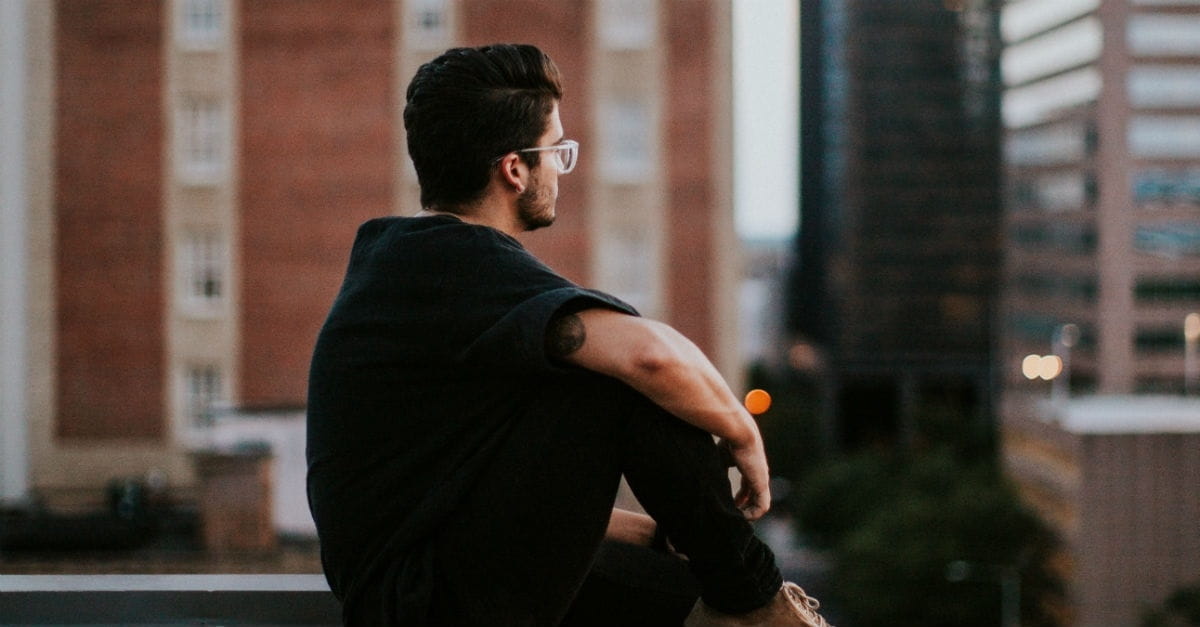 Peter Parker embraces his social status as a reject in order to protect his true identity as a crime- fighting superhero. So he becomes a superhero who is invisible to his neighbors. Still, embracing his inner superhero doesn’t go over well with everyone. The Daily Bugle, a fictional newspaper, runs constant smear campaigns against him.

To make the plot even more interesting, Peter works at the newspaper and has to put up with editor Jonah Jameson’s contempt for Peter’s alter ego. 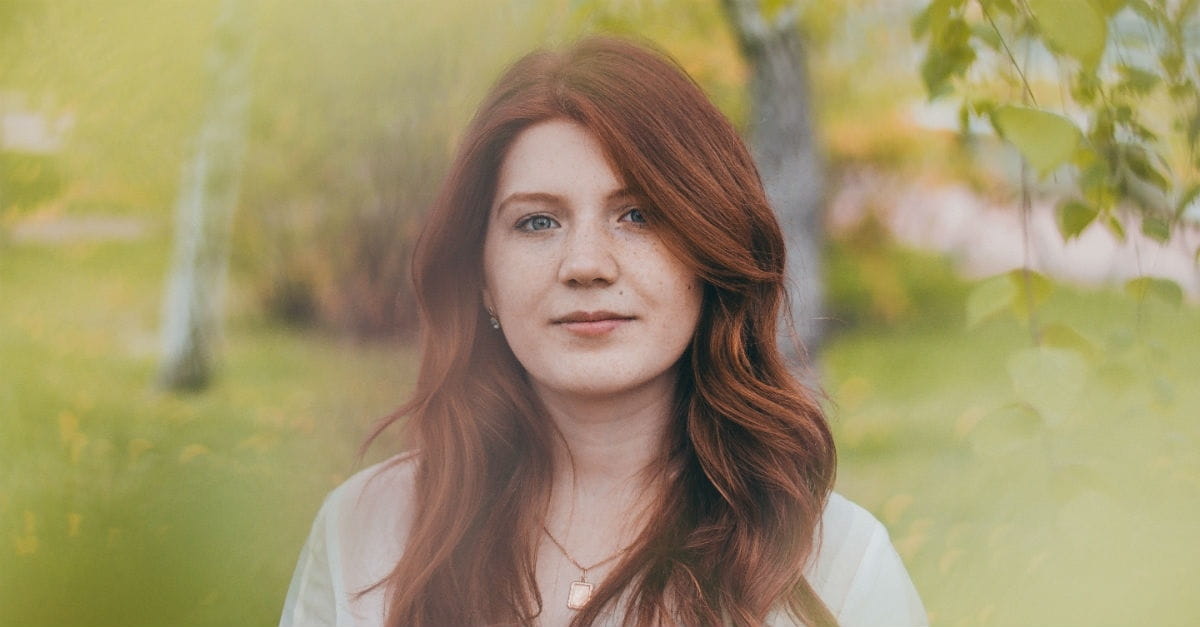 I watched the cartoons and movies, and I saw the Broadway musical twice. When Terri and I got married, I would get out of bed on Saturday mornings to watch Spider-Man cartoons with her. There’s something about this story that resonates with me, and—judging from the cultural popularity of the character—with many others. We love it because it points to a greater spiritual truth that we long to live. But it’s not just Peter Parker.

The story line of Spider-Man echoes the leading themes we see in Star Wars, Harry Potter, Lord of the Rings, Superman, Cinderella, and The Chronicles of Narnia. Think about these stories. Power is channeled into some nerd, underdog, or reject so he or she can fight evil. Usually, however, the protagonist discovers that his or her vast power can’t be revealed to the world. So the superhero remains largely invisible to observers and is rejected by the world, even though the nerd is now the agent saving the world. 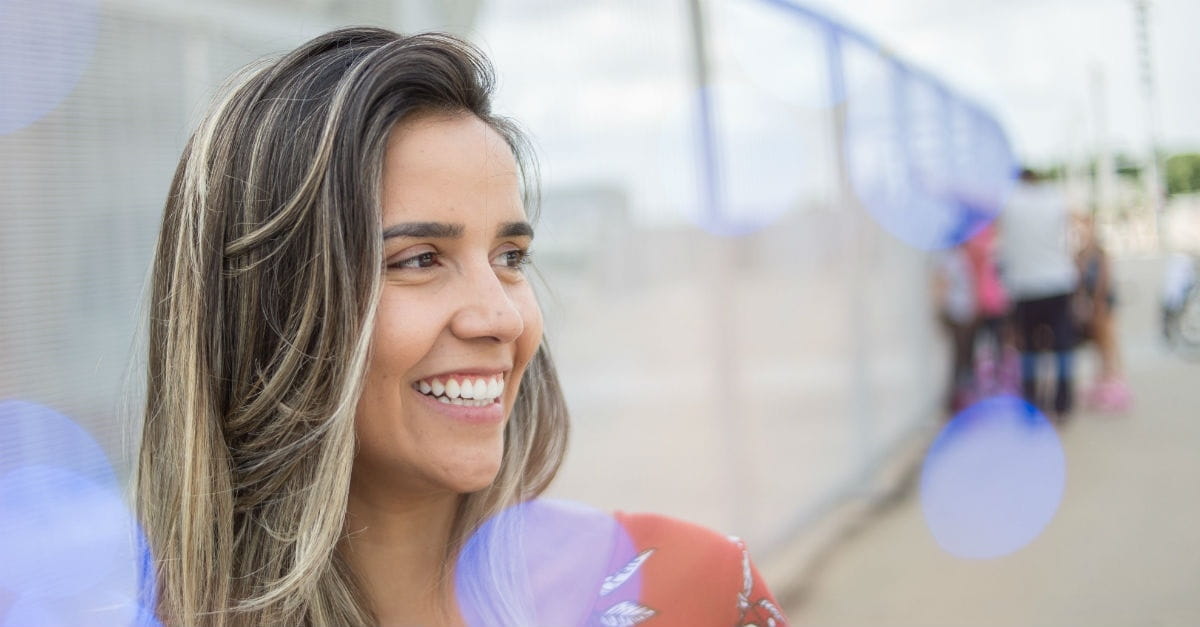 We all feel like rejects to some degree. This isn’t because we don’t have a great sense of self or because we need more self-esteem. We feel that way because we are, actually, rejects. For one, the world is fallen from God’s original design. Every one of us was created to rule and steward the world in perfect harmony with God and one another, but humanity is clearly falling short of that design.

Unlike the alien invaders who are coming to take over the world in the fantasy stories we mentioned, the real world already has been taken over by an evil principality. Satan is the real Lex Luthor, the megalomaniac world dictator wannabe from Superman. Our job—our superhero mission, if we choose to accept it—is to kick him out of his spot. We accomplish this mission by living by faith, just like Abraham. Living by faith might often be invisible in our current age. But if we trust God, adopt the perspective God o ers us, and walk in obedience, then we can follow Abraham’s example of being a faith superhero. 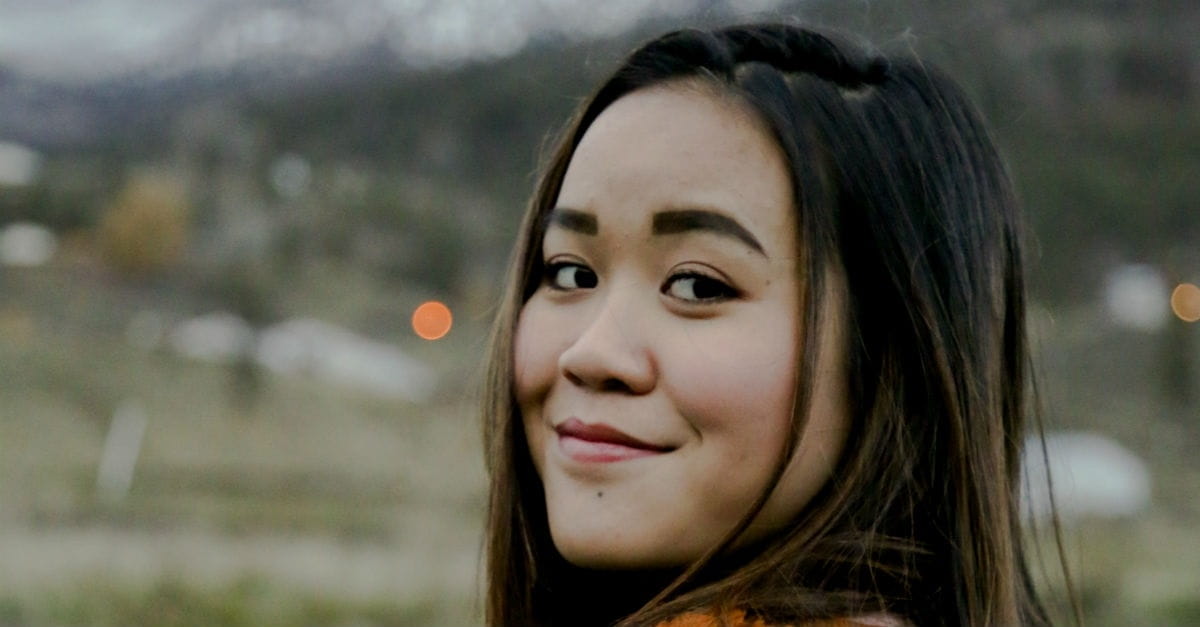 Yes, you. Yes, me. We’ve been called to fight an evil superpower in the spiritual world. And a lot of that evil power looks like ordinary selfishness in ordinary activities. We’re cloaked, for now, so the world may oppose our actions when we reject selfishness in favor of service. In fact, just as the editor of the Daily Bugle rejected Spider-Man, the world also may reject us and even blame us for the world’s problems. Even when we fight to hold the world together—Jesus refers to us as salt and light—we might be portrayed as the ones tearing the world apart. This should come as no surprise. Paul told Timothy: “Everyone who wants to live a godly life in Christ Jesus will be persecuted” (2 Tim. 3:12). 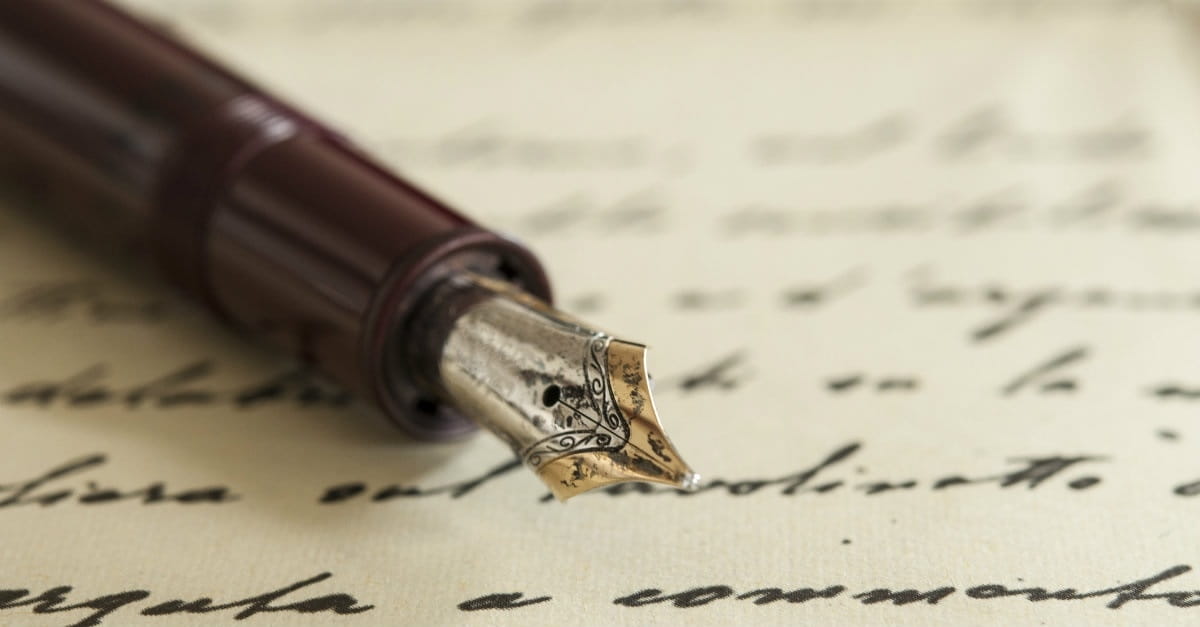 Tim Dunn was born and raised in the oil-rich plains of West Texas. He has a B.S. in Chemical Engineering. In 1996, Dunn co-founded a business now known as CrownQuest Operating, and serves as CEO. He was honored as CEO of the year in the Large Company category in October 2013 by TIPRO and Texas Monthly magazine in their Top Producers program. He and his wife Terri live in Midland, TX and are the proud parents of six children and 15 grandchildren.