Trusting God (Even When It Seems Like He Isn't Working)

When I was growing up, there wasn’t so much graphic violence and corruption on TV. And that’s probably just as well, because I imagine my parents wouldn’t have let me watch those shows anyway. So I grew up on a steady diet of classic sitcoms: The Brady Bunch, Happy Days, The Andy Griffith Show, and the scandalously sexy Three’s Company.

The formulas were so predictable yet so satisfying. Familiar characters experienced an unexpected problem that provided ample one-liners and silly slapstick situations. Then right before the end, the Fonz or Sheriff Taylor or Alice the housekeeper or Janet and Jack solved the problem, and everything was great again, all in under thirty minutes—and actually, even less than that when you factor in commercial breaks! While I knew this wasn’t the way the real world worked, it was hard not to start wishing that life followed a similar script.

At some point, we all notice that the sharp corners of reality have little in common with all those smooth, glossy surfaces of life on television. Maybe it starts at a young age with fairy tales and Disney movies, most of which end pretty well. But when you’re being chased not by the Big Bad Wolf but by a whole pack of ravenous wolves with names like Cancer and Bankruptcy and Addiction and Divorce, it’s hard to believe in happily ever after.

When you’re hit by a drunk driver and you need half a dozen surgeries on your spine just so you can walk again, who would have thought you’d end up addicted to prescription painkillers?

When you slept around some and had that abortion before you became a Christian and then later fell in love with the man who would become your husband, who would ever have imagined that now you wouldn’t be able to get pregnant?

When you begged God for a child and he gave you one, who knew that you would lose your spouse to cancer and find yourself working three jobs as a single parent?

When you had a few drinks—far less than everyone else at that party—who would have thought that you’d be the one to end up with a DUI that keeps throwing up roadblocks in your career?

Your life doesn’t usually play out in the way you would write your own story. As you’re dealing with life’s unfairness, even if your mind is able to come up with all kinds of resourceful solutions, the tricky part is having the power to do any of those things.

If you were God, you would know how the latest episode of your sitcom life should wrap up. You recover from surgery and run your first marathon. You get accepted to your favorite college with a full scholarship. You and your husband pray together through the ordeal of infertility and fall more in love with each other than ever, then adopt a beautiful little girl. You struggle to survive without your spouse, until you meet that amazing, single, gorgeous, godly millionaire in small group at your church.

Of course, if you had the power, you might not just provide the happy endings. Maybe you’d go even farther: you’d also punish all those selfish, arrogant, mean-spirited people who seem to get away with murder (literally and figuratively). The drug lords who prey on the most vulnerable, hooking them on a sweet poison that will inevitably kill them. The villains who abuse children and swindle senior citizens. The cheaters in power who rig the system to take advantage of the poor. The monsters who rape women to make themselves feel like men and feed their own desires. The women who manipulate men to get what they want.

If you were God, maybe you’d see to it that these evil people were held accountable. You’d make sure they experienced the same measure of pain, loss, and injury that they’ve caused. That they suffered at least as much as their victims.

But as much as we think we know, the reality is this: we’re not God, and we don’t know best.

Often when we want God to do something, the solution wouldn’t require much of him. A quick nod. A spoken word. An answered prayer. In the grand scheme of things, just a small miracle. If only he would allow me to be rewarded for all my hard work! Or just heal my sick child! Or help my loved one overcome depression! Or break my sexual addiction! Or bring my prodigal child back home! Or at least let me win the lottery!

As we grow to trust God, we have to recognize what I consider to be some of the fundamentals of growing in the Christian faith: Awe. Respect. Reverence. Appreciation for God being God. Acceptance of our limitations as human beings. We can’t know everything or see into other people’s hearts. We can’t know all that has come before in the history of the world. And we sure can’t see ahead to how it will all unfold.

Like a master storyteller, he is crafting an epic in which he allows each of us to play a significant role. There are no minor characters or bit players in God’s story. We’re all important. He’ll never abandon us, and he’s working everything for our good.

So when we’re suffering, ranting and raving about all the unfairness of life, we would do well also to remember that there’s so much more going on than we can see or understand from our limited perspective. We’re seeing only a tiny sliver of a much bigger story, perhaps only one sentence or one paragraph on just a single page. 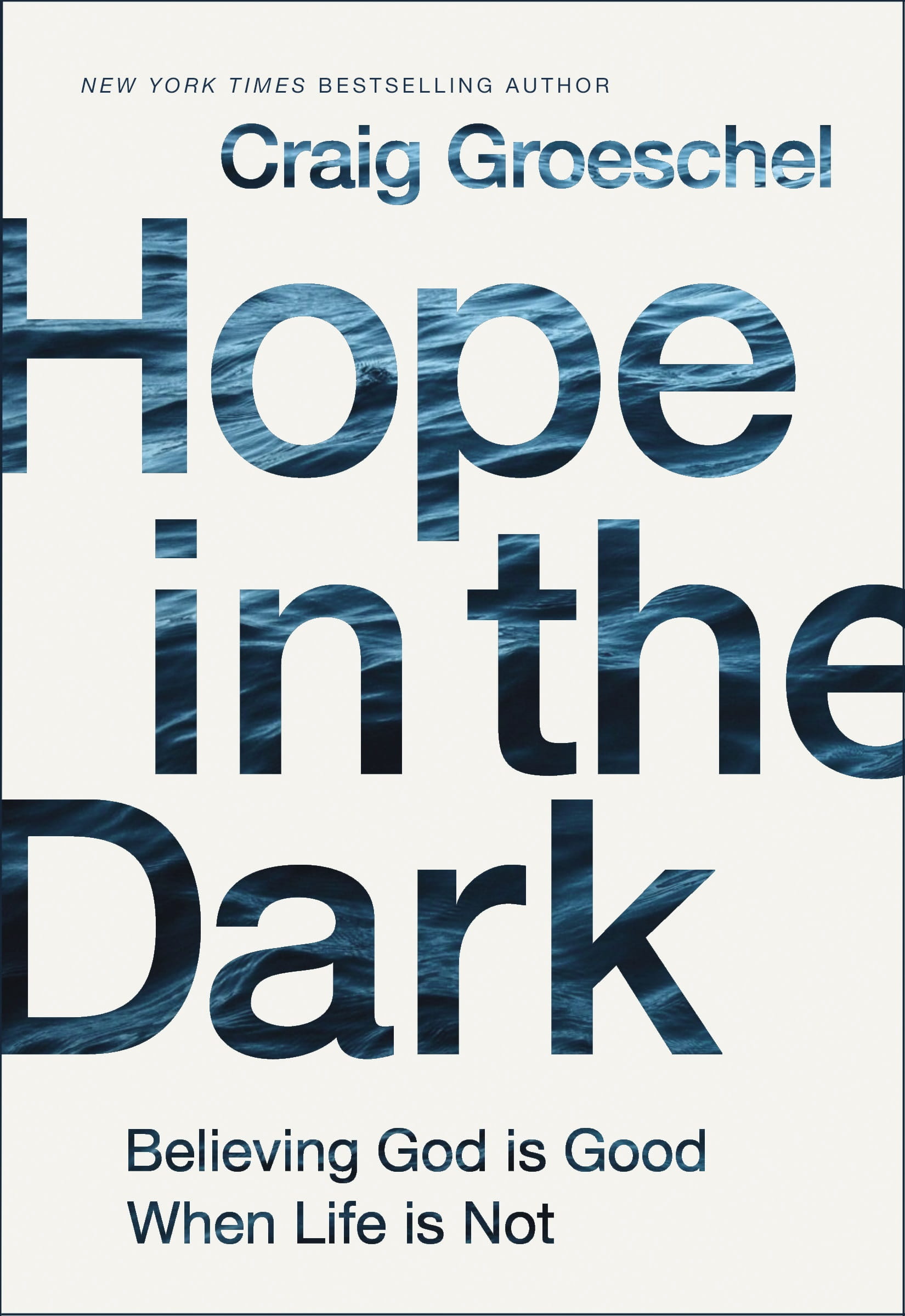 Excerpted from Hope in the Dark. Used with permission.

New York Times bestselling author Craig Groeschel is the founding and senior pastor of Life.Church, an innovative and pacesetting church meeting in multiple locations around the United States and globally online, which also created the popular and free YouVersion Bible app. He is the author of several books, including Divine Direction, Liking Jesus, Fight, The Christian Atheist, and It. Craig, his wife, Amy, and their six children live in Edmond, Oklahoma. Visit www.craiggroeschelbooks.com.