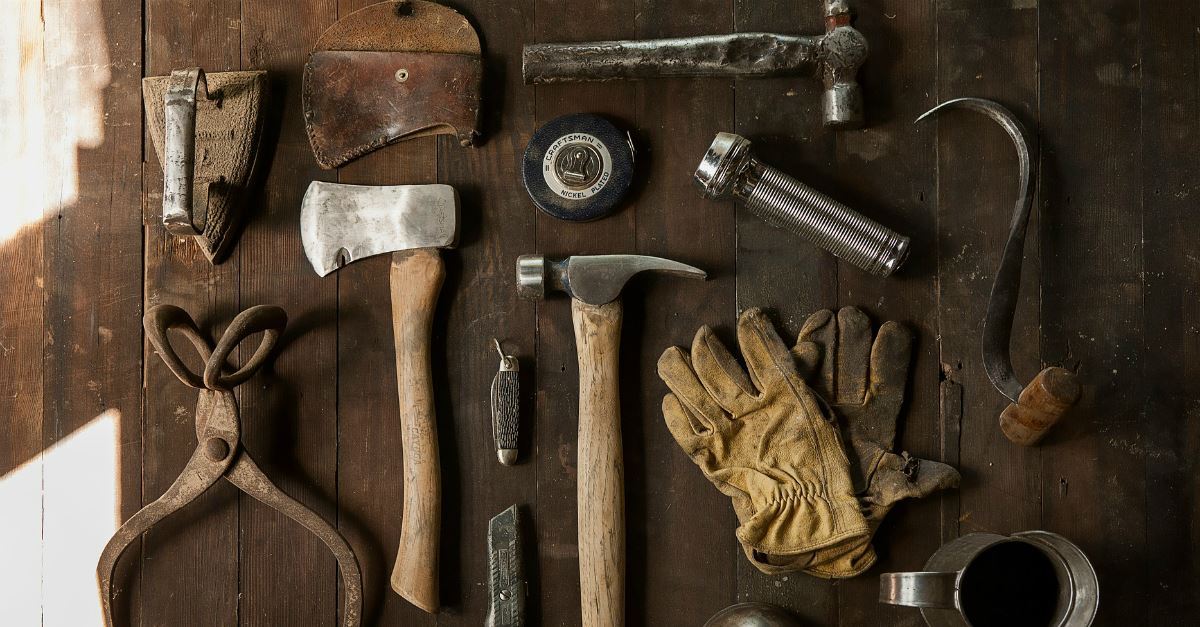 If you watch an NFL game, it’s pretty obvious who marketers are trying to reach. It’s also apparent what products research must show these viewers are likely to purchase. Every commercial break features advertisements for trucks and beer. In America, manhood apparently can be boiled down to F150s and Bud Light.

Children growing up today are being hit from all sides with messages about who they should be and what they should do. It’s incumbent on us as parents to set the right example and point them to what God--not the world--has to say on these topics.

Fathers, our sons are going to learn about manhood from someone… that someone should be us. Otherwise, we are leaving it up to friends, marketers and social media “influencers.”

If we are to be influenced by anything, it should be God’s Word. When it comes to manhood, the Bible is chock full of examples of men who followed God and whom He used to impact the world.

I think of the obedience of Abraham, the perseverance of Moses, the courage of Joshua, the leadership of Nehemiah and the zeal of Paul, just to name a few. But, here are a few examples that stand out to me as teaching points for our sons to help them grow into the men God has called them to be.

1. Noah: An Example of Courage 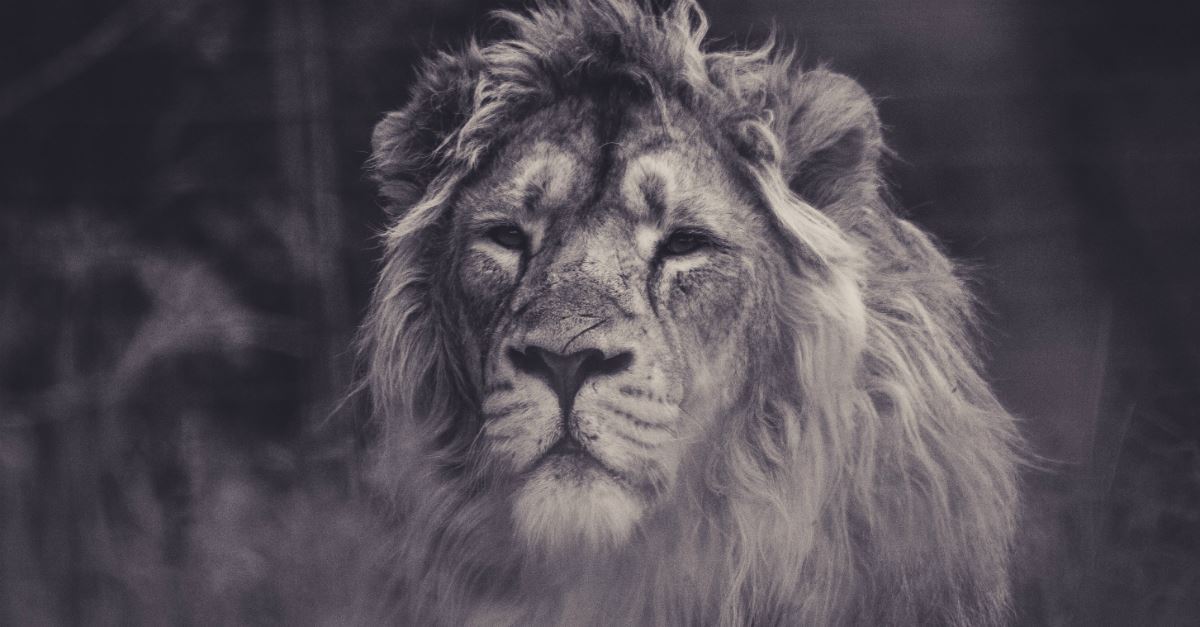 The account of Noah and the flood is Bible 101. It’s a favorite of kids and grown-ups alike. It’s certainly remarkable.

I’ve always been amazed by Noah, and as I think about him in the context of biblical manhood, I’m in awe of his courage. I can’t imagine the guts it must’ve taken to trust God and do what God asked of him, when let’s be honest, it sounded crazy!

God didn’t just tell him to build a boat; He told him exactly how to do it. Meanwhile, Noah is far from the ocean. It’s debatable whether the people of that day had ever seen sustained rainfall, and certainly not of the magnitude of what they were about to see.

“Make yourself an ark of gopher wood. Make rooms in the ark, and cover it inside and out with pitch. This is how you are to make it: the length of the ark 300 cubits, its breadth 50 cubits, and its height 30 cubits. Make a roof for the ark, and finish it to a cubit above, and set the door of the ark in its side. Make it with lower, second, and third decks” (Genesis 6: 14-16).

Noah endured ridicule. He endured slander. People laughed at him. They likely thought he was crazy. He, no doubt, lost his credibility and his friends. But, he carried on trusting God and courageously carrying out His plan.

We should all strive to have the courage to stand up and do what is right, even when we are standing alone.

2. Joseph (OT): An Example of Forgiveness 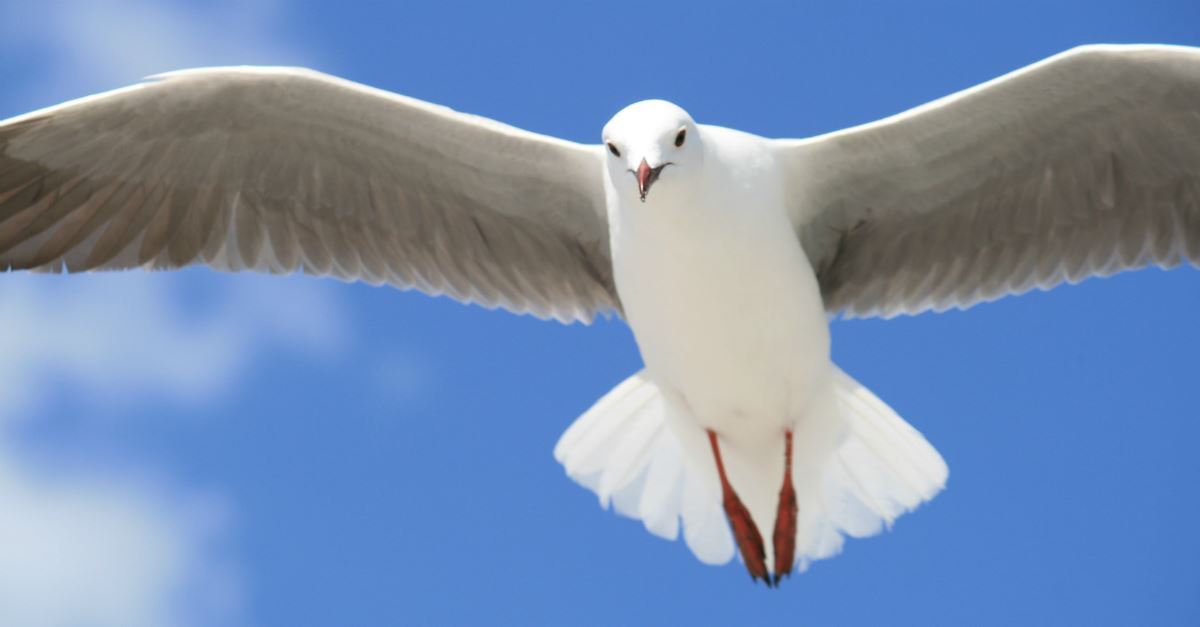 When I was a kid, I used to get into it with my older brother. Of course, he was stronger, so he often won our wrestling matches. One time, he even stuffed me in the dryer. Fortunately, he didn’t turn it on!

Joseph endured much worse from his brothers, who hated him. They ripped off his multicolored coat and threw him in a well. Then, they went a step further and sold him to a caravan of travelers for 20 pieces of silver.

We all know the rest of the story. Joseph goes on to become a high official in Egypt. During the famine, his brothers came to ask for help. He couldn’t gotten his revenge and watched them suffer. Instead, he forgave them and helped.

"Don’t be afraid. Am I in the place of God? You intended to harm me, but God intended it for good to accomplish what is now being done, the saving of many lives. So then, don’t be afraid. I will provide for you and your children.” And he reassured them and spoke kindly to them. (Genesis 50:19-21)

When someone wrongs us, far too often, our immediate reaction isn’t to forgive. But, we’ve been forgiven of so much personally, we should be quick to forgive others. Biblical manhood isn’t repaying evil for evil, it’s extending mercy the way God has extended mercy for us.

3. Daniel: An Example of Faithfulness 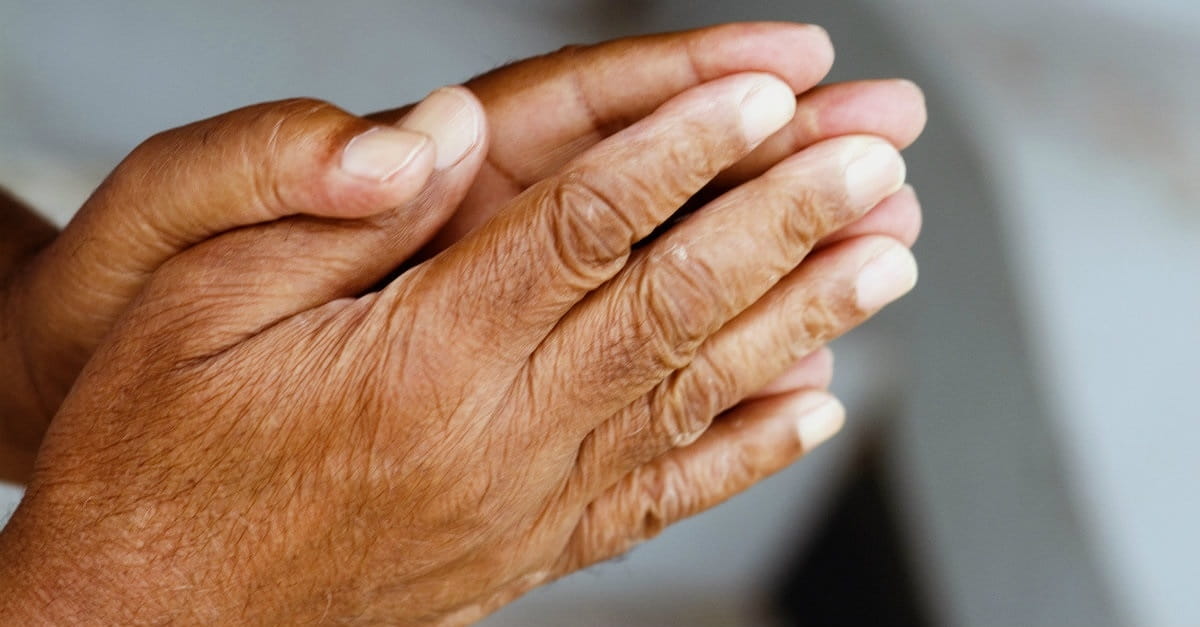 Many of us remember yet another of the great Bible stories of our youth Sunday School classes – how Daniel refused to bow down to King Darius and was cast into the lion’s den.

The events that led up to that remarkable scene are inspiring for us today. In an effort to trap Daniel, the high officials tried to find some dirt on him but “they could find no ground for complaint or any fault, because he was faithful, and no error or fault was found in him” (Daniel 6:4).

So, they convinced King Darius to make a law that everyone had to pray to and worship the King, knowing that Daniel would remain faithful to his God.

“When Daniel knew that the document had been signed, he went to his house where he had windows in his upper chamber open toward Jerusalem. He got down on his knees three times a day and prayed and gave thanks before his God, as he had done previously” (Daniel 6:10).

Daniel refused to compromise his faith in the one, true God. He stood strong in the face of adversity and did what he knew was right. Knowing there could be consequences--even death--he carried on with living out his faith.

We don’t know what the future holds. In America, we aren’t yet living in a place where we are threatened with death for publically praying to God. That day could come, and it certainly exists in other parts of the world.

The lesson for our sons--and for us--is to be so faithful and committed to God that we are prepared to do the right thing regardless of the consequences.

4. David: An Example of Repentance 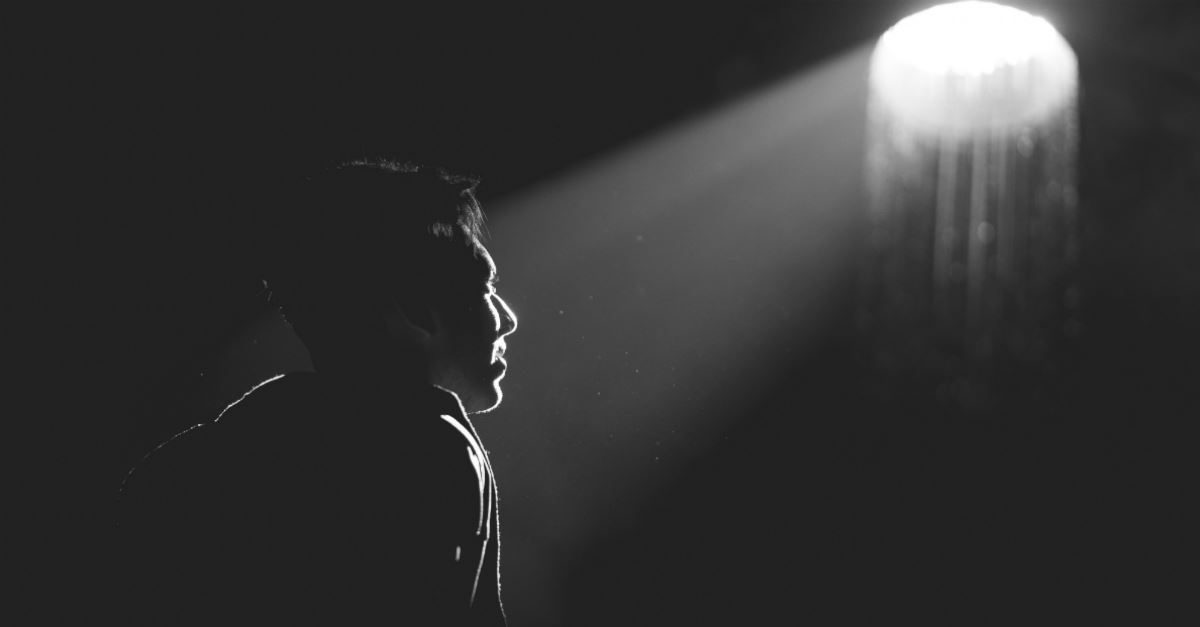 No article about biblical manhood will be complete without referencing David. His life is the stuff of a major motion picture--courageously standing tall against Goliath as a young boy; avoiding death when Saul wanted to kill him; becoming the powerful king of a nation. There are no doubt many examples of biblical manliness to explore here.

But, David’s indiscretions are well-documented, as well: adultery, and ultimately being an accomplice to murder. And, it is through those choices and experiences that we find a character trait we should teach our sons about:

David accepted responsibility for his sins, admitting “I have sinned against the LORD” (2 Samuel 12:13).

His prayer of repentance is recorded in Psalm 51. “Create in me a clean heart, O God, and renew a right spirit within me” (Psalm 51:10). David had to humble himself and ask for God’s forgiveness and mercy. And, as God worked in his life, David came to be known as a man after God’s own heart (Acts 13:22).

Our ultimate goal as men should be to be recognized and known as a man after God’s own heart. Our greatest prayer for our sons is that they would become this type of man as well.

5. Joseph (NT): An Example of Loyalty and Trust 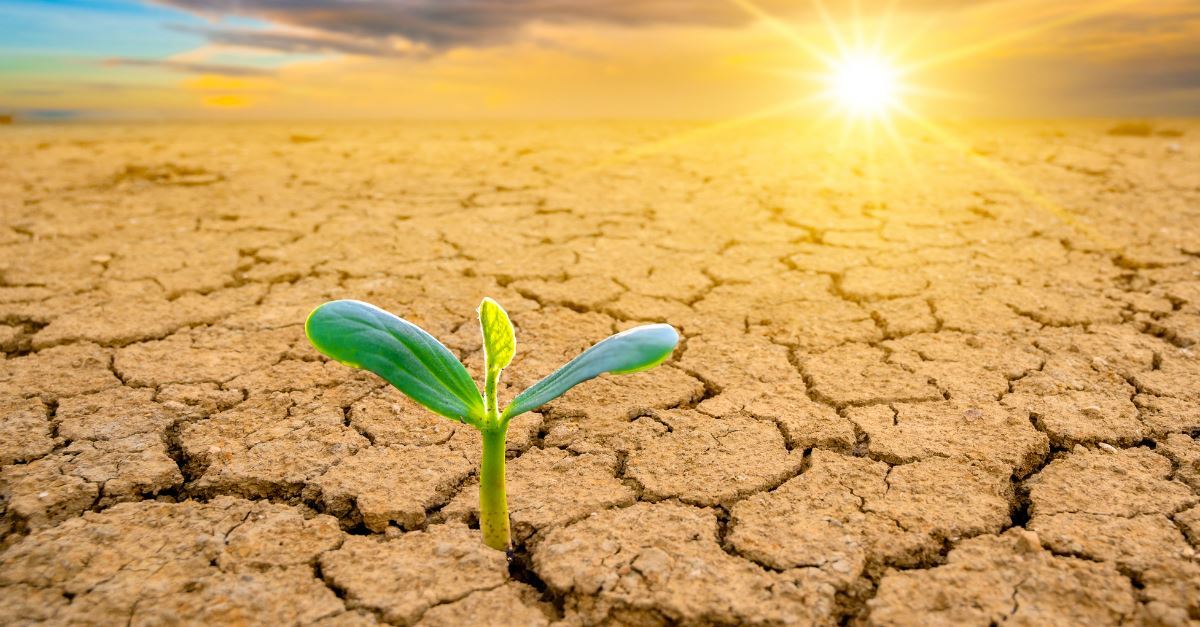 There’s another Joseph making this list of true examples of biblical manhood. And, he’s one of the guys who often gets overlooked. Imagine – of all the men in the Bible and throughout history, God chose Joseph to be Jesus’s earthly father! He must’ve been doing something right.

What a position he was in: His fiancé was pregnant, and the baby was not his. This was a big deal. It was humiliating and disgraceful, at a minimum. Mary could’ve been stoned under Jewish law, and he had every right to divorce her. He could’ve ran the other way and left Mary alone. But, he trusted God, who revealed His plan to him through an angel. He stuck by Mary’s side and accepted his role in Jesus’s life. He protected the family and raised Jesus in the Jewish traditions.

A biblical man should be able to display this kind of trust in God and loyalty to His plan. Sometimes that will mean making decisions that go against what the world tells us we should do.

6. Jesus: THE Example of Love 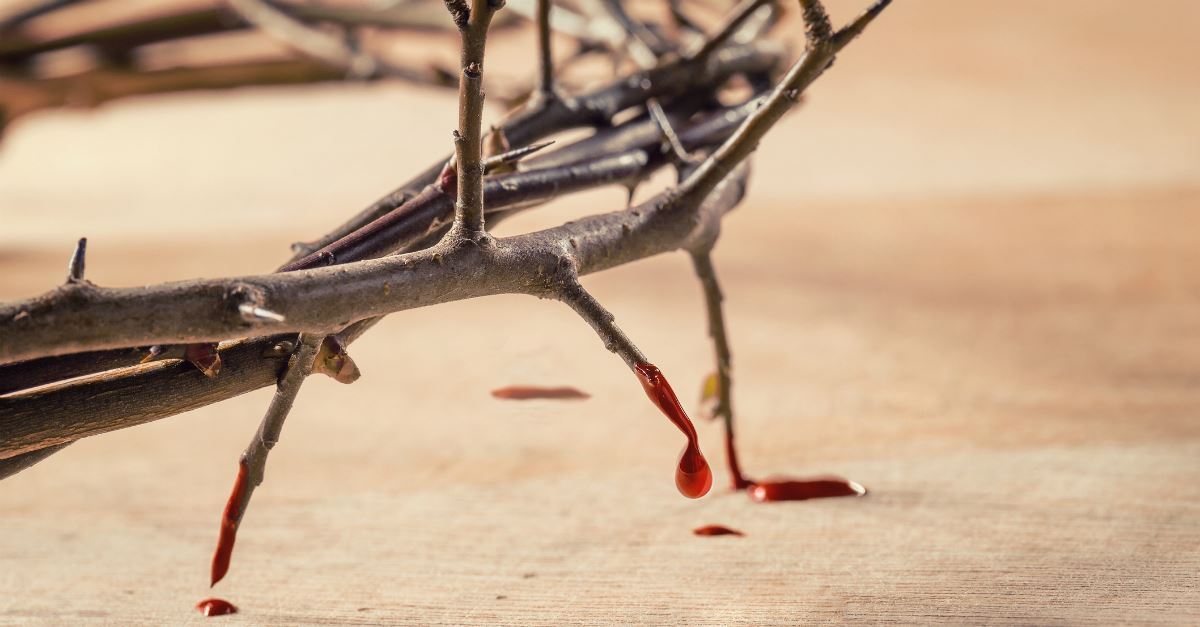 Yes, of course. Jesus. I realize this one goes without saying that Jesus is our supreme example, not just for men to emulate, but everyone. He is the perfect embodiment of who men should aspire to be: humble, gentle, faithful, merciful, forgiving, gracious, longsuffering, righteous and holy.

But, the greatest quality we see is His love. In John 15:12-13 He says, “This is my commandment, that you love one another as I have loved you. Greater love has no one than this, that someone lay down his life for his friends.”

Jesus “humbled himself by becoming obedient to the point of death, even death on a cross” (Philippians 2:8). He died that for us. He loved us so much that He gave up His own life.

In 1 Corinthians 13, we learn all about what love is, and what it isn’t.  “Love is patient and kind; love does not envy or boast; it is not arrogant or rude. It does not insist on its own way; it is not irritable or resentful; it does not rejoice at wrongdoing, but rejoices with the truth.

Love bears all things, believes all things, hopes all things, endures all things” (1 Corinthians 13: 4-7). To truly know how to love and teach our sons, we need to look to the perfect example of it, for “God is love” (1 John 4:8).

All Christian parents want their sons to grow up to be Godly men. Fortunately, we have great examples in the Bible of the qualities Godly men should have. It’s on us to make sure our sons hear and know about them.

Brent Rinehart is a public relations practitioner and freelance writer. He blogs about parenting, marriage and faith at www.apparentstuff.com. You can also follow him on Twitter.