Charles Dickens’ famous 1843 novella has become an icon of Christmas literature and the template for dozens of A Christmas Carol movies. My favorite is Warner Brother’s 1999 adaptation starring Patrick Stewart as Ebenezer Scrooge.

The plotline has been used repeatedly over the past 180 years: a self-absorbed character sees his life and legacy from an altered perspective and undergoes a dramatic change. The story ends with a Merry Christmas.

But A Christmas Carol is not just about Christmas day.

The story, in fact, resembles all of Dickens’ stories: Victorian societal norms have created and perpetuated the problem of cruel, greedy people taking advantage of poor, oppressed people—unless (and until) a noble character has an epiphany and intervenes.

The point of A Christmas Carol demands readers to alter their perspectives—to see life as it really is, not as they pretend it to be. The story sweeps the reader, along with Ebenezer Scrooge, into full view of humanity: the injustice, the goodwill, and the social obligation of mankind to care for one another.

What Dickens Has Us Facing: Are Other People Really My Problem?

The story opens when Fred, the son of Scrooge’s dead sister Franny, invites Scrooge to Christmas dinner. Then two men arrive asking for donations for the poor because “many thousands lack ordinary necessities,” Scrooge responds with, “Are there no prisons? And the union workhouses, are they still in operation? Let them go there.” He pays his taxes; he feels no inclination to help people who aren’t working to support themselves.

His words must sting in the ears of Christians who blame society’s poor for their own plight.

The men explain to Scrooge that the prisons and workhouses were even more undesirable than starving at home—that people would rather die than go there. Scrooge responds, “If they’re going to die, they’d better do it and decrease the surplus population.”

Many a political Christian has echoed a similar (and out of context) response: “If they don’t work, neither should they eat.” (2 Thessalonians 3:10)

Yet Scrooge feels the smallest twinge of compassion when the Ghost of Christmas Present acquaints him with the Cratchit family and Tiny Tim, who sits with his crutch in hand, rejoicing that his disability reminds people about Jesus “who made lame men walk.”

Tim is the antithesis of Scrooge because he possesses no resources or hope, yet he overflows with joy and thankfulness. He reminds us that all of us can live in gratefulness and kindness, regardless of our resources.

When Scrooge asks the ghost if Tiny Tim will survive, the ghost repeats Scrooge’s words back to him: “If he’s going to die, he’d better do it and decrease the surplus population.” 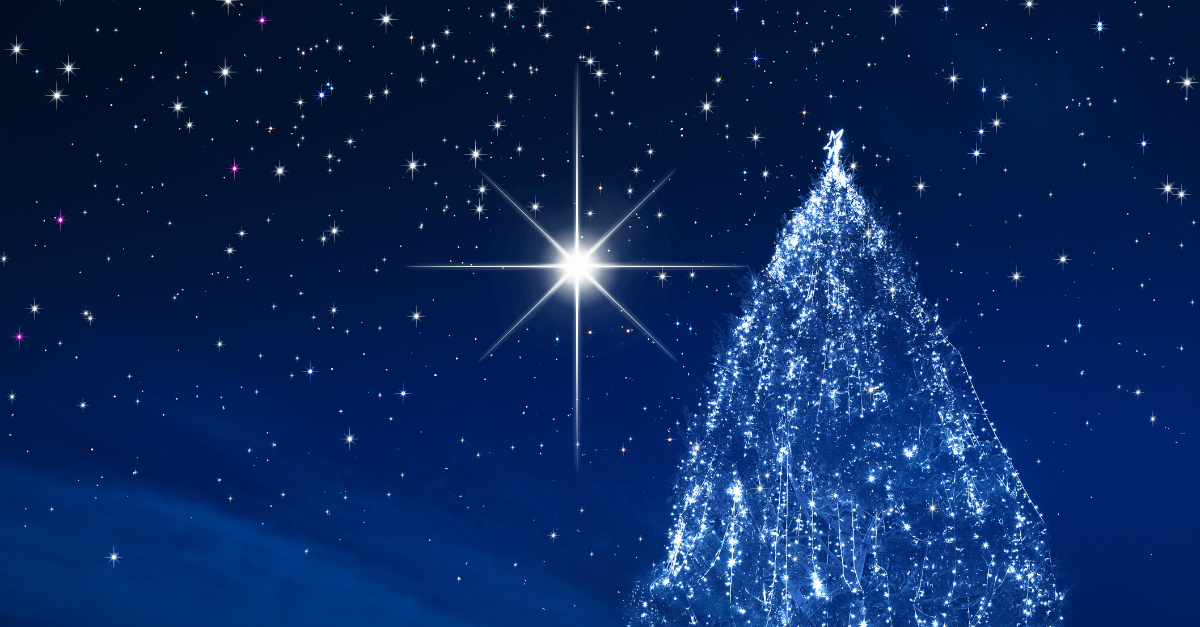 Christmas Gives Us an Answer to the Problem

In Luke 4:17-19, Jesus himself declared his reason for coming to earth. It was his first time reading in his synagogue, and Jesus bravely chose to read a passage about himself, the Messiah.

He quoted Isaiah  61:1-2: “The Spirit of the Lord is on me, because he has anointed me to proclaim good news to the poor. He has sent me to proclaim freedom for the prisoners and recovery of sight for the blind, to set the oppressed free, to proclaim the year of the Lord’s favor.”

He closed the scroll. Then his friends and neighbors tried to kill him.

Christmas, it would appear, is not all presents and trees and crackling fires.

Christmas Is about Warring against the World’s Natural Order

The Christmas spirit challenges limited and prejudiced perspective. It fights stereotypes and hatred. Christmas is about conquering temporal and eternal damnation. It’s about freedom and justice.

That’s the “good news” the angels spoke to the shepherds: “Behold, I bring you good news of great joy that will be for all the people. Today in the town of David a Savior has been born to you; he is Christ the Lord.” (Luke 2:10-11)

Scrooge embodies this theme of justice at the story’s end. After touring his past, present, and future life with three ghosts, he is overcome with the desire to make wrong things right. (The Hebrew word for justice is also translated righteousness: the act of correcting or amending a wrong.)

The Christmas spirit is actually a spirit of justice, of making wrong things right. And we need a just God, in the form of a Savior, to make that possible.

Scrooge wakes up Christmas morning with an epiphany to reverse his life of selfishness and ignorance. He immediately sends a prize turkey to the Cratchit family. The following day, he gives Bob a raise and asks to be involved in meeting the family’s needs. The story ends with this epitaph:

“Scrooge was better than his word. He did it all, and infinitely more; and to Tiny Tim, who did not die, he was a second father. He became as good a friend, as good a master, and as good a man as the good old City knew, or any other good old city, town, or borough in the good old world.”

Scrooge shows that peace comes by action, not by avoidance.

“Peace on earth, goodwill toward men” is a lesson that should continue after December 25, on and on and on.

Sue Schlesman is a Christian author, high school English teacher, pastor’s wife, and speaker. She has a BA in Creative Writing and a Master’s in Theology & Culture. Her second book Soulspeak: Praying change into unexpected places released in August. Sue writes for various online and print publications and has a passion for missions, social justice, traveling, reading, and the local church. Sue has been married to her husband Shane for 30 years, and they have 3 adult sons. You can find her writing about life, education, family, and Jesus at sueschlesman.com. 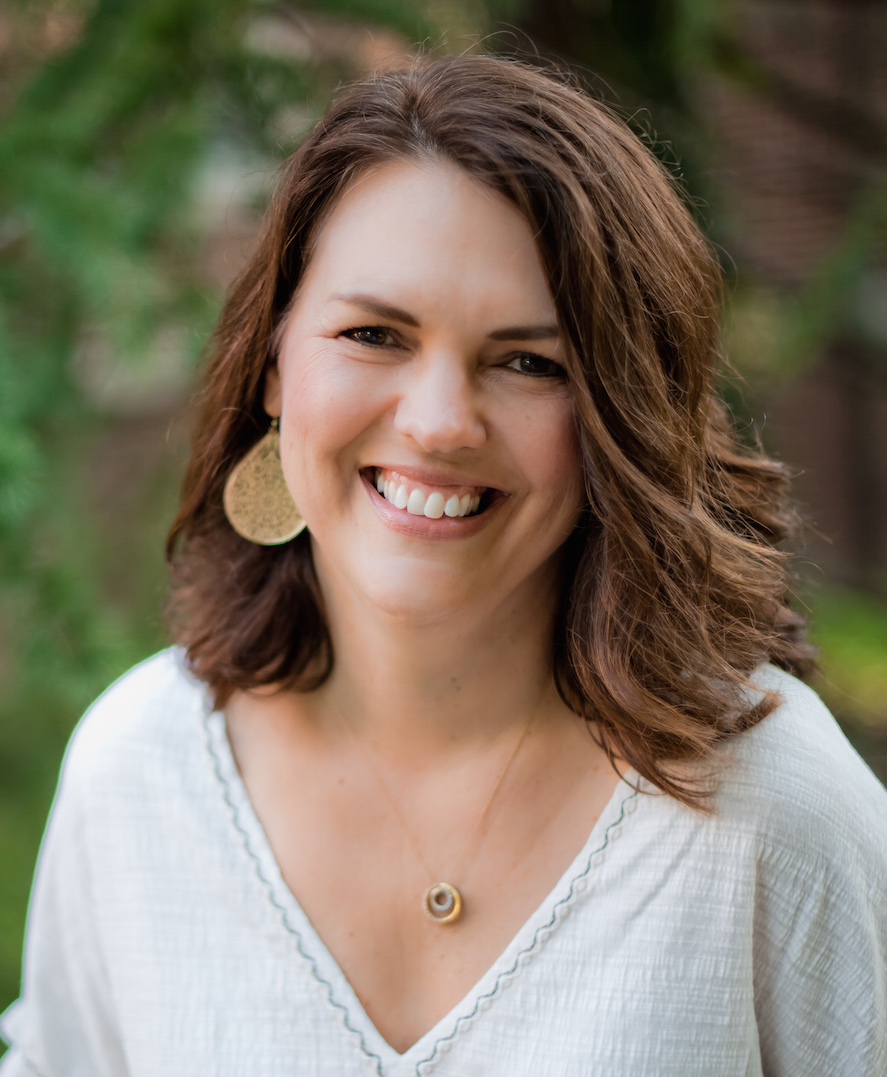 Sue Schlesman is an award-winning author, speaker, blogger, teacher, and pastor’s wife. Her second book, Soulspeak: Praying Change into Unexpected Places, won a Selah Award in 2020. Sue has a BA in Creative Writing and a Master’s in Theology & Culture. She has a passion for traveling the world and loving others in the body of Christ. You can find her writing about life, education, and relationships at sueschlesman.com.