Is Anything Really Secular or Christian?

“I want to work for a Christian organization so I can make a difference in the world.”

“I won’t allow secular music in my home.’

“My children are only allowed to read Christian books and materials.”

“That was pretty good for a Christian movie.”

“They get their news from the secular media.”

Where did we get the idea that some things—like books or movies or professions or fast food restaurants—are Christian and some are not? We even expand that idea to believe that certain nations are Christian (or at least God-fearing) and others are secular (or wicked).

Our classification of inanimate objects as good or evil—and even considering something secular because it doesn’t contain God or have Scripture verses in it—is nothing new.

In the early 1900s, Preacher A.W. Tozer addressed this type of distinction we make in his book Man: The Dwelling Place of God. In his chapter called “The Secularization of the Sacred” he wrote, “The church today is suffering from the secularization of the sacred. By accepting the world’s values, thinking its thoughts and adopting it ways, we have dimmed the glory that shines overhead. We have not been able to bring earth to the judgment of heaven so we have brought heaven to the judgment of the earth. Pity us, Lord, for we know not what we do!”

What is the Definition of Secular?

Secularism (as defined on Wikipedia) has both a philosophical and political definition: As a philosophy, secularism seeks to interpret life on principles taken solely from the material world, without recourse to religion...It shifts the focus from religion to other "temporal" and "this-worldly" things, with emphasis on nature, reason, science, and development.

In political terms, secularism is the principle of the separation of government institutions and persons mandated to represent the state from religious institution and religious dignitaries.

Bible Teacher R.C. Sproul said that secularism at its core is the belief that the only things that really matter and are true are those things that have to do with this world, with no belief in an afterlife. Therefore, the focus is to enjoy everything now that the world has to offer because there won’t be an opportunity to enjoy them after death.

Christians popularly, and incorrectly, like to say that those things, habits, practices, and activities that have nothing to do with spirituality or Christianity are “secular,” even down to specific objects being “of the secular” (cards, movies, guns, games, and so on).  The error among Christians is believing the things of the world, or enjoying the things of this world, are then secular.

This has even led to the idea, in the last couple decades, that a concern for the environment in order to “save the earth” is liberal or secular, when Scripture laid out in Genesis a command for mankind to be stewards of the earth. In addition, Psalm 24:1 beautifully states “the earth is the Lord’s and the fullness thereof.” 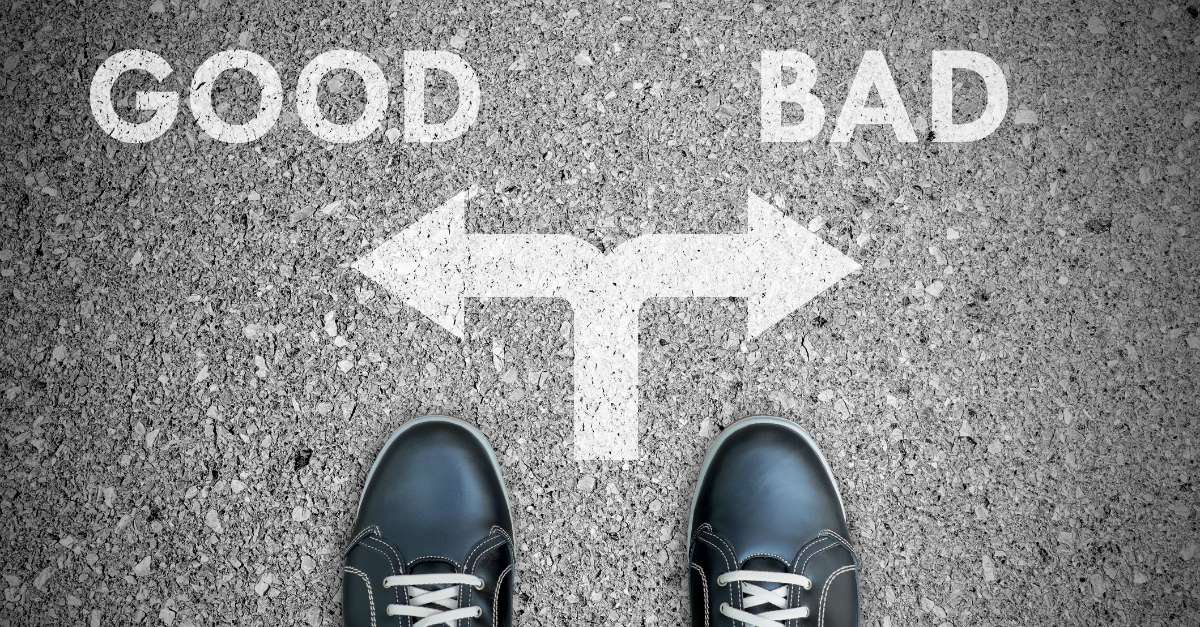 It’s All About Motive

It is in the motivation of our hearts: this could be the lust that involvements or activities might instill in us, the dependence on (or excessive use of) substances, and/or where we place these objects in relation to our love for God that produce sin. Use and intent, not objects, are either moral or immoral.

Likewise, God created government, leadership, economics, the world, music, gardening, food and drink, and so on. It is our classification of these institutions as secular or separate from God-pleasing activity that has affected our ability to live in freedom and do all for the glory of God.

Scripture teaches that all things are lawful, but not all things are profitable (1 Corinthians 10:23), and therefore as we exercise our liberty in Christ, we may find that some activities produce more profit spiritually than others. But none are deemed anti-Christian or secular, as we may habitually classify them, unless they are specifically stated in Scripture as sin.

Tozer states that the man (or woman) who walks with God will see and know that for them there is no strict line separating the sacred from the secular. “He will acknowledge that there lies around him a world of created things that are innocent in themselves; and he will know, too, that there are a thousand human acts that are neither good nor bad except as they may be done by good or bad men.”

Furthermore, Tozer wrote that everyday human activity such as work, travel, marrying, rearing our young, burying our dead, buying, selling, sleeping, eating, and social interaction are usually “separate in our minds from prayer, church attendance and such specific religious acts as are performed by ministers most of the week and by laymen briefly once or twice weekly.”

Yet, the Apostle Paul taught that every simple act of our lives may be sacramental: “Whether you eat or drink or whatever you do, do all to the glory of God” (1 Corinthians 10:31).

What Makes Something Sacred?

Years ago, when a relative discovered I was graduating from college with a journalism degree and intended to work for a large metropolitan newspaper, his response was more like a rebuke: “A Christian has no business being in the secular media!” Yet in those four years that I worked for a secular newspaper, I saw God’s protection, witnessed divine appointments concerning conversations with unbelievers, and took many God-ordained opportunities to write opinion pieces that shed light in the midst of darkness. I look back at that job as one of the best ministry positions I ever held.

I can honestly say I’ve experienced more restrictions in the presentation of the gospel in a Christian profession as an author and speaker, than in a so-called secular profession. I was once told I could not play an instrumental soundtrack from a secular movie during a keynote presentation at a women’s retreat held at a Christian retreat center.

“This conference center doesn’t allow secular music” the retreat director told me. Yet the music I was intending to play (the main title to the movie, The Last of the Mohicans) was purely instrumental. The words I intended to speak over that backdrop of music were from Psalm 18 of the inspired Word of God. When I explained that adding Scripture to the musical score could technically make my song Christian music, I was allowed to bring the secular movie track into my presentation.

Since when does music, a form of art created by God, become secular or un-Christian? It’s interesting that many of the classic Christian hymns of the church sung throughout the 1900s were actually classic bar tunes rewritten with Christian lyrics.

Did the original lyrics make that music worldly, but the rewritten Christian lyrics suddenly turned it into worship?

If so, consider that nearly everything that is considered “worldly” today can be rewritten, metaphorically speaking, and turned into worship when done to the glory of God. Or, when simply performed by a child of God.

When you and I have the indwelling Holy Spirit within us, everything we touch, everything we do, every place we work or frequent can be sacred. That is not to say that sin does not exist. It means there is no “secular” when we let the Creator permeate our being and reclaim what was and still is His.

It means nothing is non-Christian of which we partake when we bring a presence of God with us. Perhaps our guiding rule should be 1 Corinthians 10:23 (ESV):

All is Sacred for the Believer

Tozer believed some of the great saints, who were great because they took such admonitions seriously and sought to practice them, managed to achieve the sanctification of the secular, or, as he liked to say, the abolition of the secular.

Tozer cited as examples of the sanctification of the secular, Francis of Assisi, who accepted the whole creation as his house of worship and called upon everything great and small to join him in adoration of the Godhead.

He said “Mother earth, the burning sun, the silver moon, the stars of evening, wind, water, flowers, fruits – all were invited to praise with him their God and King. Hardly a spot was left that could be called secular.” (See the lyrics of Assisi’s hymn, “All Creatures of Our God and King.”)

According to Scripture, Jesus saw all of creation that way – as an arena and audience for the glory of God. When the Pharisees urged Jesus to silence the proclamations of praise coming from the mouths of His disciples upon His triumphal entry into Jerusalem, Jesus replied, “I tell you, if these were silent, the very stones would cry out” (Luke 19:40, ESV).

And we are told in Romans 8:19-22 that “the creation waits (and groans together) with eager longing for the revealing of the sons of God…” The earth, in and of itself, is not secular. It is made by God and to the children of God, it is sacred.

Again, this is not to say that sin doesn’t exist. The Fall of creation certainly had an impact on nature. But the Fall was of man, and what went wrong in his heart, not a curse of the inanimate objects around us.

What Is Your Response to the Dividing Wall?

How will you respond to the wall that has been created by Christians between the secular and the sacred? Can you choose to see that everything a child of God touches becomes sacred when that child of God carries a holiness of God with him?

Can you and I, as Tozer suggested, break down the high walls that separate the various areas of our lives from each other and see all as one—that we offer to God as a holy sacrifice acceptable to God by Jesus Christ?

Lord, help me to see that “every good gift and every perfect gift is from above, coming down from the Father of lights, with whom there is no variation or shadow due to change” (James 1:17).  And may I realize the things I perceive as bad or imperfect are the result of how sin has attempted to distort Your good and perfect ways. May I bring glory to Your name in everything I do and say, and every place I go, while keeping a heart of praise for You and seeking to obey Your Word. In Jesus’s name, Amen. 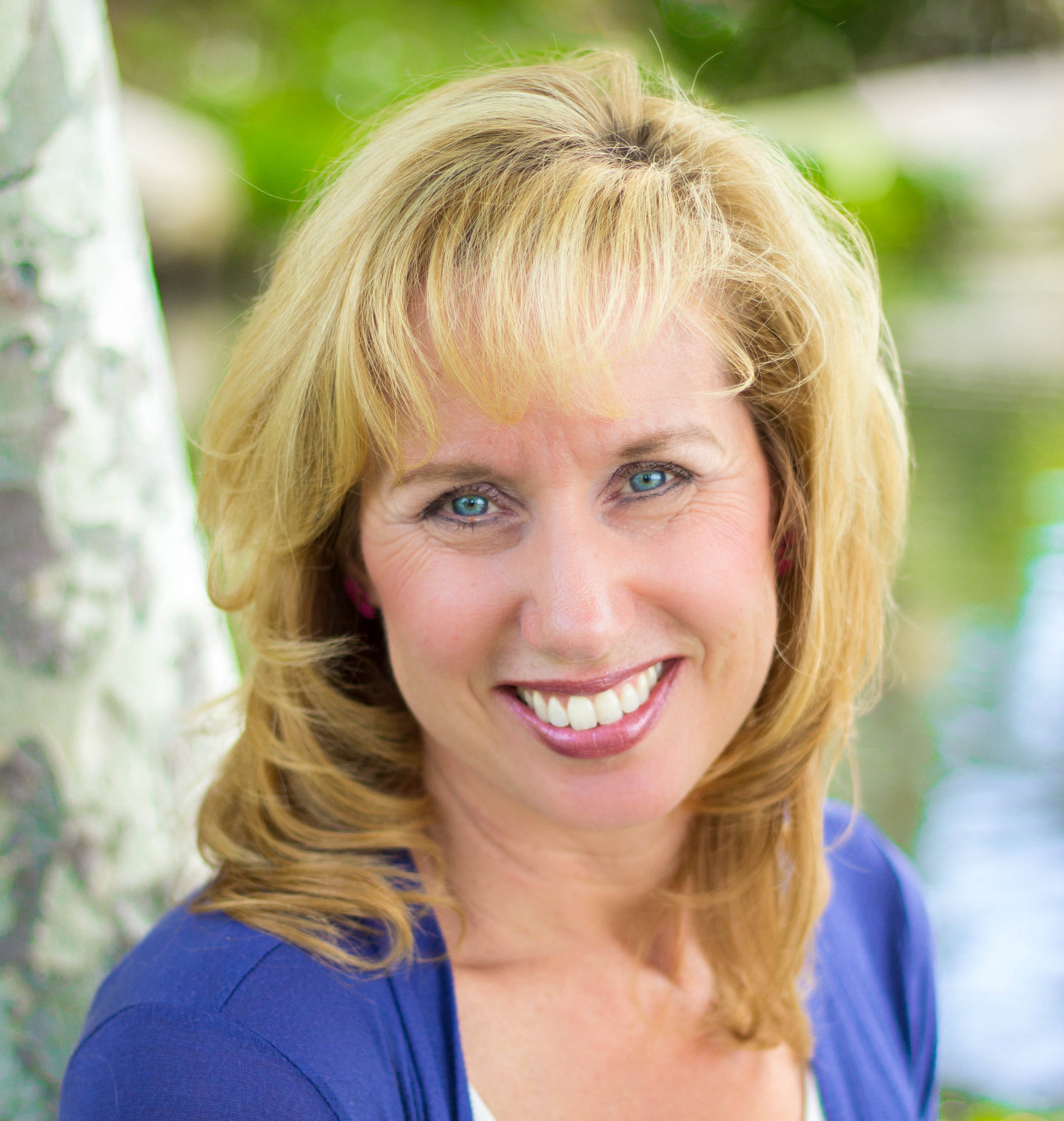 Cindi McMenamin is a pastor’s wife, Bible teacher, national speaker, writing coach, and author of several books that help women and couples develop a more intimate relationship with God. For more on sharpening your awareness of God’s presence in your life see her books, When Women Walk Alone (more than 140,000 copies sold), Letting God Meet Your Emotional Needs,  When God Pursues a Woman's Heart or When Couples Walk Together: 31 Days to a Closer Connection, co-authored with her husband, Hugh. You can find out more about her books, ministry, and coaching services for writers at StrengthfortheSoul.com

Cindi McMenamin is a national speaker, Bible teacher, and award-winning writer who helps women and couples strengthen their relationship with God and others. She is the author of 17 books, including When Women Walk Alone  (more than 150,000 copies sold), When a Woman Overcomes Life’s Hurts, When God Sees Your Tears , and When Couples Walk Together , which she co-authored with her husband of 32 years. Find out more about her speaking ministry, coaching services for writers, and books to strengthen your soul, marriage, and parenting, at www.StrengthForTheSoul.com.