But a new documentary film, Free Burma Rangers, involves all three – and, of course, a gospel-centered message.

The film tells the story of missionaries David and Karen Eubank, who formed a humanitarian relief movement two decades ago known as Free Burma Rangers that takes the gospel to war zones and assists innocent victims. Since then, they’ve trained 4,500 “Rangers” who have assisted 1.5 million persons in places like Iraq, Syria and Sudan.

It’s likely the most harrowing faith-based movie ever made – LifeWay Films of the Southern Baptist Convention is a partner – and will be in theaters Feb. 24-25. 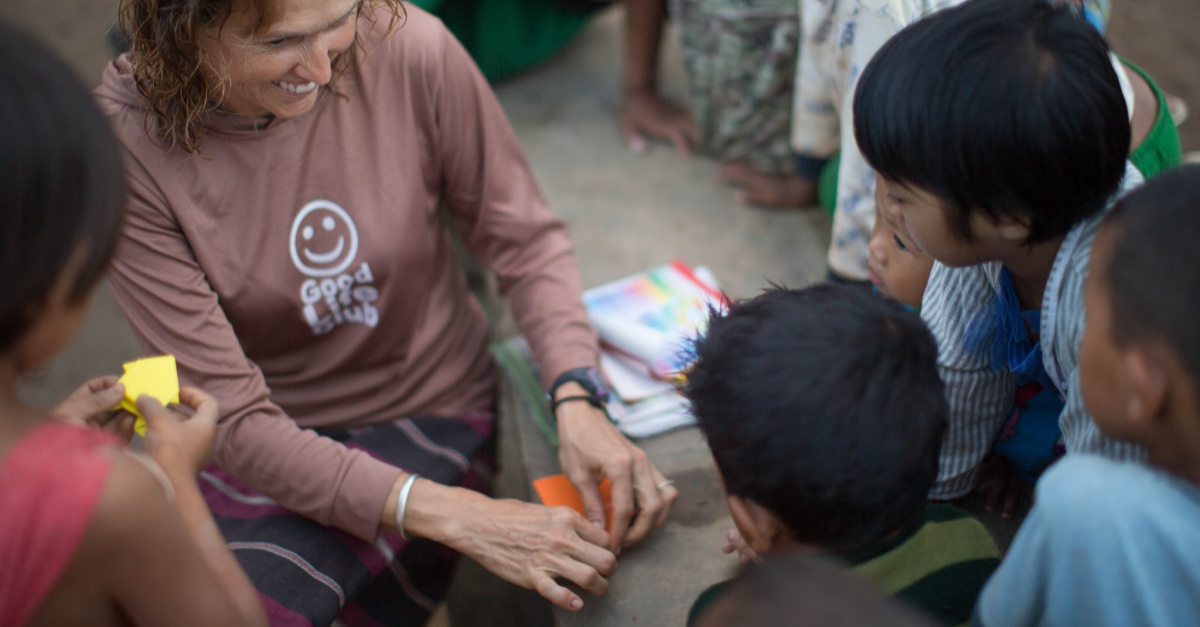 1. It Has Jaw-Dropping, Heart-Pounding Footage

We see Eubank and his team hiking through the Burmese jungle, with the sound of gunfire getting closer and closer. We watch them greet and laugh with an Iraqi family, only to discover that the family was killed by ISIS moments after they left. We see Karen spread the joy of Christ to Iraqi children – as bombs explode in the background.

In the film’s most heart-pounding moment, Eubank and his team get cornered by ISIS gunmen in Mosul, Iraq, trying desperately to escape in a Humvee. The vehicle becomes disabled in a rain of bullets, but a tank providentially arrives just in time, blocking the gunfire and saving everyone.

Eubank – a former member of the U.S. Special Forces – prays for safety throughout the Mosul gunfight. He was shot in the arm – but survives.

And cameras film everything.

Co-director Chris Sinclair, who filmed much of the action in the film, told Crosswalk the danger seen on the screen is real. Often, Sinclair had to make split-second life-or-death decisions.

“Dave's running into a firefight towards the fire, and I could have stayed safely back … or I could follow him and get into the thick of it,” Sinclair said, referencing a dangerous moment he filmed in Burma. “And making that decision required me asking myself: Am I willing to potentially get shot for this story? What helped me make that decision was that he's willing to lay his life down and get the news out about people who are hurt. So I jumped into the fray with them.” 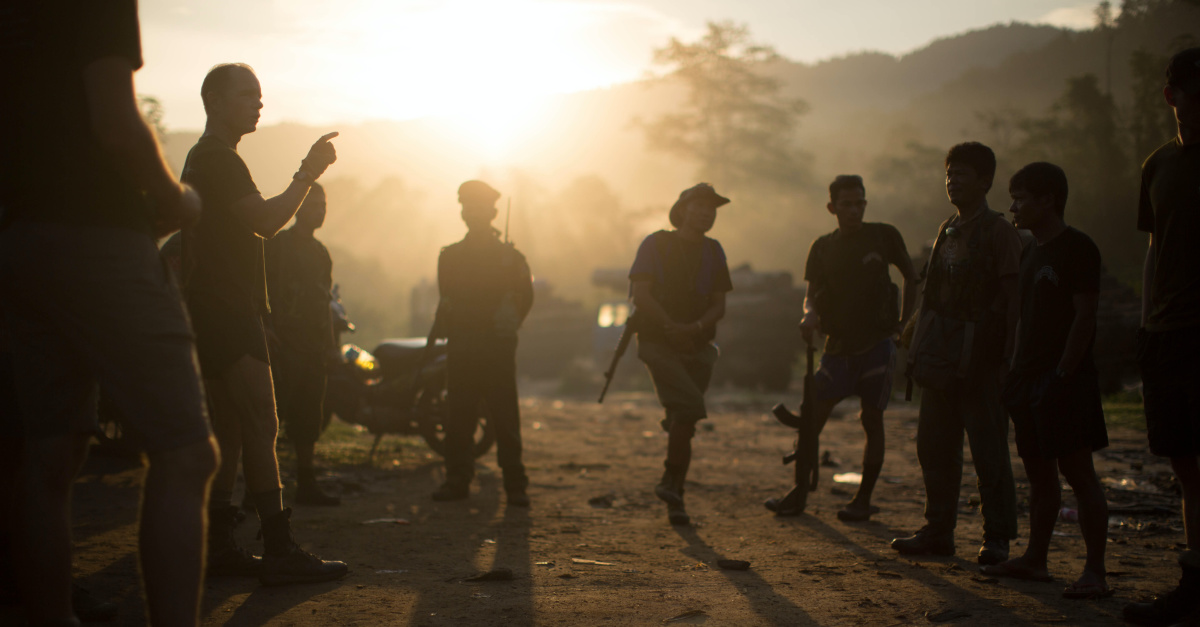 If it were a Hollywood movie we’d remark, “That would never happen in real life.” But the tale of David and Karen Eubank is true – even if it’s nearly unbelievable. They traded a safe-and-comfortable American life to form a humanitarian relief movement that serves those in the world’s most dangerous war zones – Burma, Iraq, the Sudan and Syria. When others are fleeing bullets and bombs, the Rangers are running toward the violence to deliver food, medicine and other necessary supplies to those in need.

“We’re going to share the gospel of Jesus,” David says in the film, “[and] we’re going to give food and medical care.”

They also document war crimes and send reports to the Associated Press, which then distributes the news to the world.

Even more incredible: The Eubanks have raised three children in the midst of this often-chaotic life. (Karen and the kids don’t go on the dangerous “recon” missions.)

It’s missions work with a military rifle strapped on your back. Eubank, though, only fires in self-defense.

The humanitarian movement began with a goal to “Free Burma.” (That’s how the Rangers got their name.) It then spread to other countries. 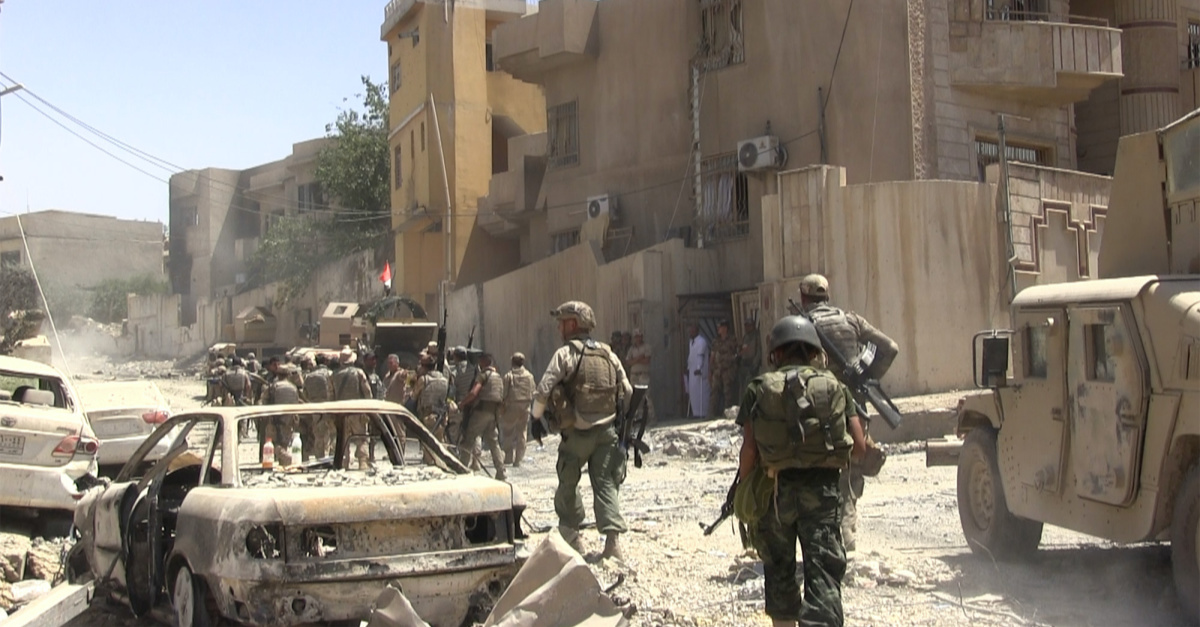 The Eubanks (and their team members) boldly put their lives on the line to help those in need. In doing so, they’re following the examples of the New Testament saints and martyrs who also risked their lives – and often died in the process.

“To live is Christ and to die is gain,” the Apostle Paul wrote.

Meanwhile, many of us are too scared to knock on our neighbor’s door.

Free Burma Rangers will inspire you. It also might motivate you to do something “dangerous” – like loving and serving those who are different from you.

“The anecdote to evil is love,” David Eubank says.

In the 20 years since Free Burma Rangers was launched, dozens of other Rangers teams have been trained – and 1.5 million persons who were displaced from wars have been served.

“I hope that people who watch the film would love people who they consider the other – that they would pause when they want to assign judgment to people they don't really know.” Sinclair said, pointing to the Eubanks’ desire to serve other ethnicities and nationalities. “... It has an effect of joy when you give your life away to serve others.”

Content warnings: Although unrated, Free Burma Rangers should be treated like a PG-13 movie. It includes intense, graphic sequences of war violence. Minus one or two “OMGs” said by participants other than the Eubanks, it includes no coarse language.

Entertainment rating: 5 out of 5 stars

Family-friendly rating: 3.5 out of 5 stars