4 Things Parents Should Know about Onward 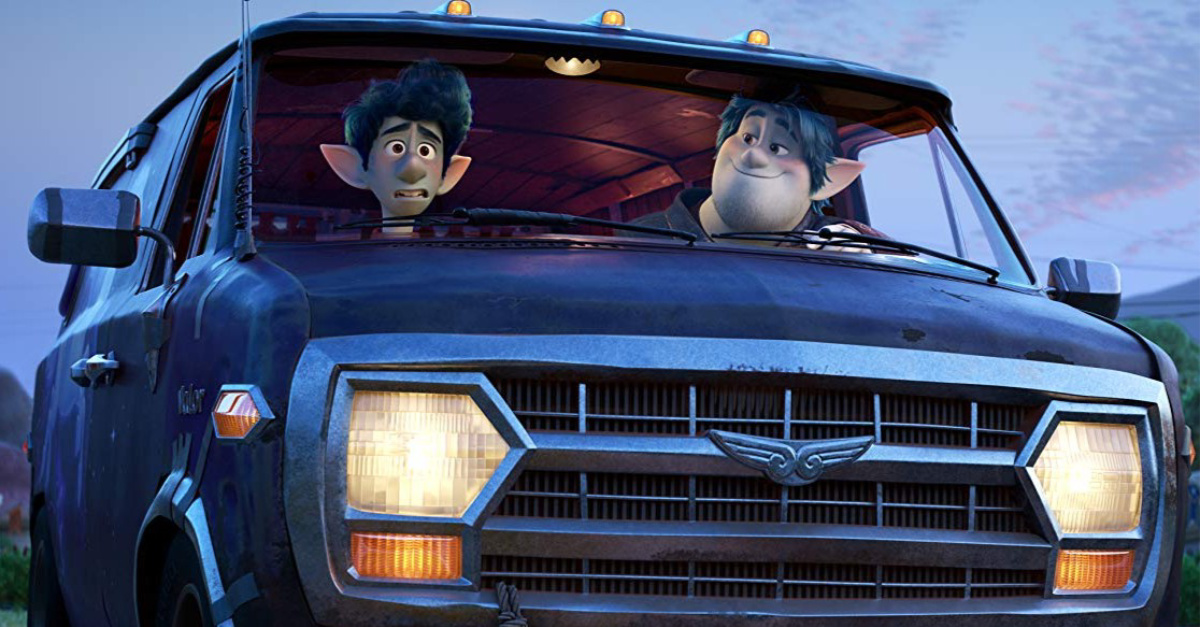 Ian Lightfoot is an awkward, scrawny 16-year-old elf who wants to build courage and self-confidence. To accomplish that, he will become more like the dad he never knew. He was bold. He attracted attention. He was – in the words of a close friend – a “great guy.”

Ian’s father grew sick and died before he was born. His older brother, Barley, has a handful of memories of their father. Ian, though, has none.

But then Ian’s mother gives the two boys a gift from their dad – a magical staff – that could help answer Ian’s questions. It even has a spell that could bring their father back for 24 hours. The spell, though, doesn’t go as planned. Their father returns, but only from the waste down. Instead of a once-in-a-lifetime meeting with his dad, Ian is left with a “half dad” who can’t talk. Still, Ian and Barley have a plan. They’ll go on a road trip in search of a “Phoenix Gem” – a unique crystal required to make the spell work. And if they can find it within 24 hours, Ian can finally have the son-to-father chat he’s always craved.

The new Disney/Pixar animated film Onward (PG) follows the adventures of Ian and Barley, two brothers who are opposite in nearly every way but team up for an extraordinary quest. It stars Tom Holland as Ian, Chris Pratt as Barley, and Julia Louis-Dreyfus as their mom. The film is set in the suburban fantasy world city of Mushroomton and filled with elves, fairies and centaurs. Although their ancestors used magic, the citizens of this world don’t. They’ve replaced it with modern conveniences, and many of them no longer believe magic is real. (Their father, before he passed away, was an accountant.)

1. It's a Film about Fatherhood … and Siblinghood 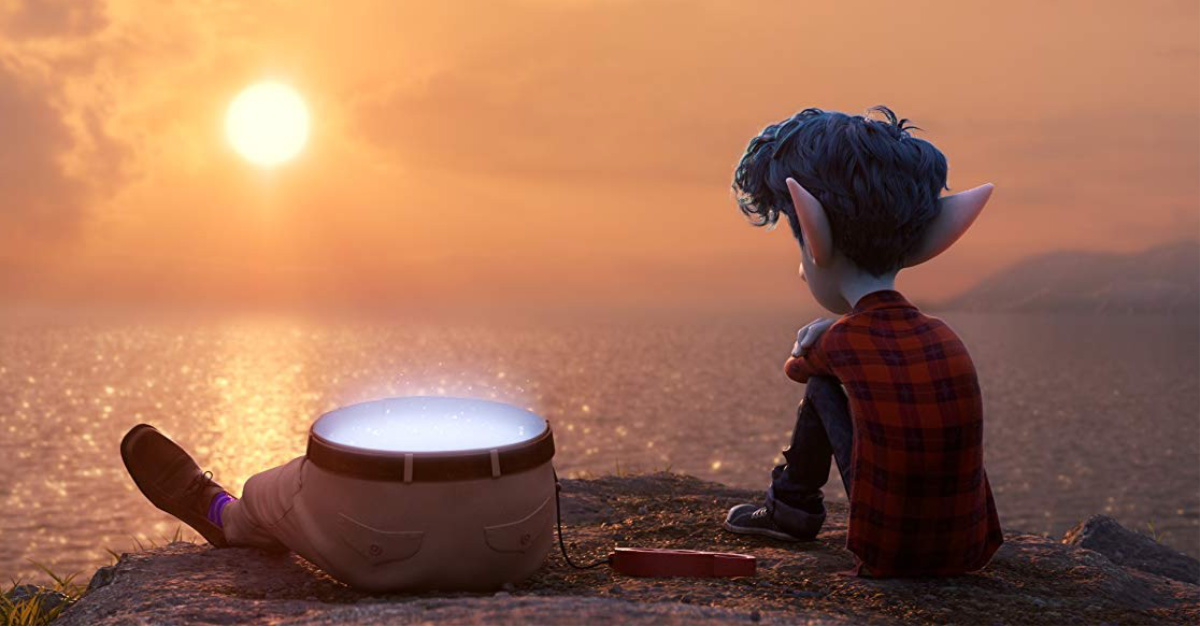 Ian seems to get that chance when a magical spell brings his dad’s lower half into the world. Ian then makes a list of the things he wants to do with his dad when the rest of him appears: play catch, go on a walk, take a driving lesson, and laugh together. Perhaps even “share my whole life story with him.” A father, he says, is the “one thing I never had.”

Onward celebrates fatherhood – and the traditional family – even if it is, at times, gut-wrenching. But the film doesn’t end on a depressing note. That’s because it also celebrates the bond between brothers as well as the role of stepfathers. (Ian’s mother has a boyfriend at the beginning of the film who eventually becomes her husband.)

It’s a movie that encourages moviegoing fathers (and mothers) to love their children a little more … and to hug them tighter each night. It also encourages siblings to be the close friends they should be. 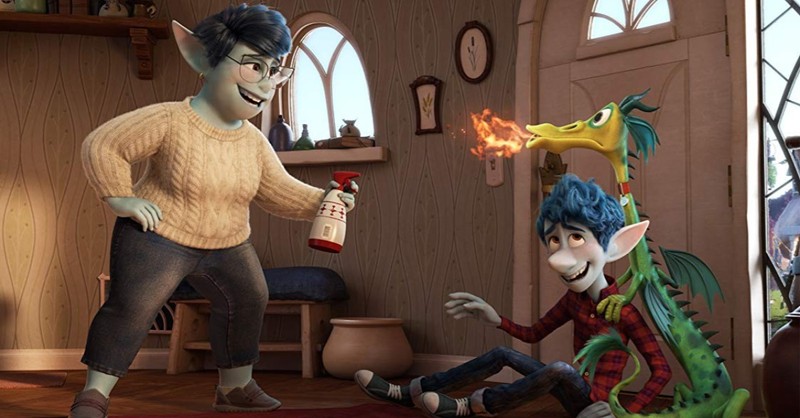 Families turned off by the magic in Frozen and other Disney films may want to skip Onward. Magic – at least the so-called “good” magic in many Disney movies – is a major theme. We learn in the opening scene that the world formerly was full of wonder, adventure and magic that “helped” people in need. But because magic wasn’t “easy to master,” the world discovered a simpler way to get by – modern conveniences such as lightbulbs, appliances, electronics and smartphones. “Over time, magic faded away,” the narrator tells us.

Ian, though, brings magic back into the world with his father’s staff. He casts a few spells – to levitate and to walk across a bottomless canyon, for example. Barley playfully calls him a “wizard.” Ian never uses his magic for evil, but he also learns it’s not easy to control. Then there’s the not-so-small question many children will ask: Where did Ian’s father come from?

Of course, Onward also is set in a fantasy world with unicorns, cyclops, elves, fairies and centaurs. 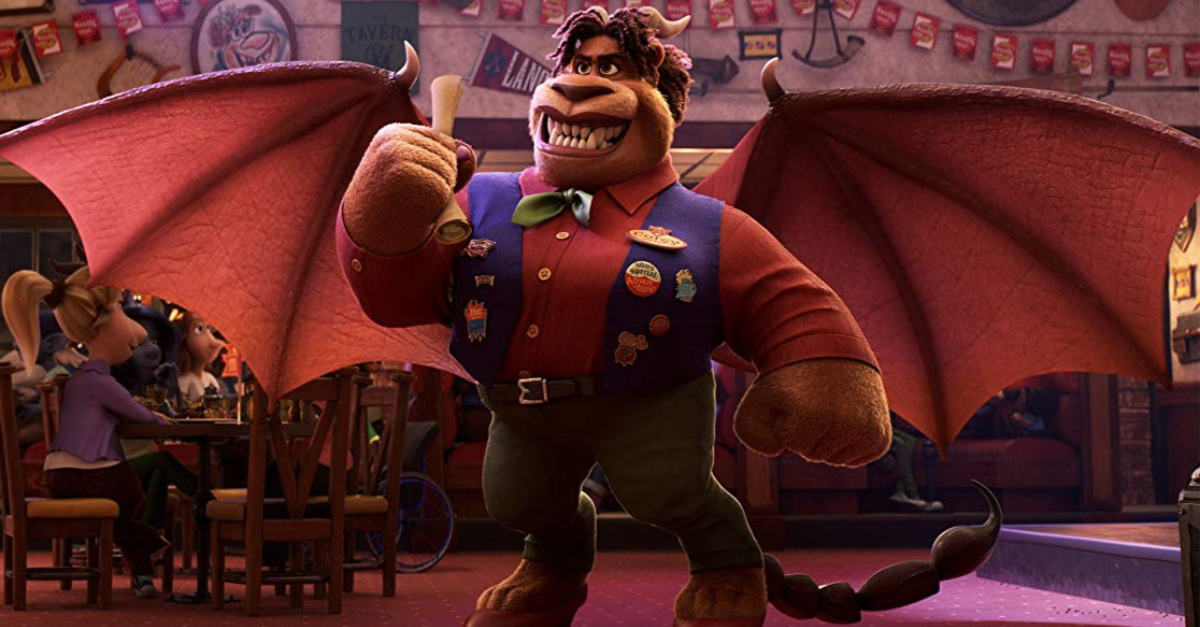 “Time flies,” we often say. Scripture puts it another way: “Life is like the morning fog – it’s here a little while, then it’s gone.”

Too often, we put the things of this world ahead of what’s most important. Onward encourages us to treasure those around us – our parents, our children, our siblings, our friends – and to live as if tomorrow may not come. Ian and Barley were close, but perhaps not as close as they should be. They mocked their mom’s boyfriend yet failed to see how he was filling a void for her (and them, too).

The film also has a subtle message for our smartphone-crazed society. Ian’s world – we’re told – formerly was filled with wonder. But then the electronics age arrived, and people lost their fascination with the natural and supernatural worlds. They wanted everything to be easy. It sounds a lot like our world, doesn’t it?

Ian and Barley re-discover some of that lost wonder when they go on a back-country road trip in Barley’s van, which doesn’t look all that different from Scooby Doo’s Mystery Machine.

Onward also has positive lessons on overcoming loss and being thankful for what you have.

4. It Has a Controversial Scene 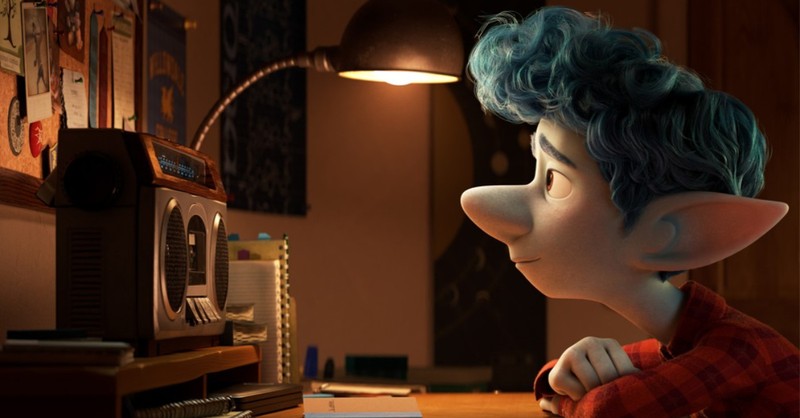 Onward contains no coarse language or sexuality, although the film does include a secondary character – a female cyclops cop – who has been billed as the first self-identifying LGBT character in the history of Pixar/Disney children’s movies. The scene in question involves a female cop who pulls a nervous male passenger over for speeding/reckless driving. Believing the passenger is anxious because he’s with his step-son, the female police officer tells him: “It’s not easy being a new parent. My girlfriend’s daughter got me pulling my hair out.” Nothing else is said, and moviegoers don’t see the cop again. (They also don’t see the girlfriend.)

Is the much-publicized scene enough to keep Christian families away from the theater? It’s a question that doesn’t have a one-size-fits-all answer.

Nevertheless, it’s striking that a film championed as “historic” for its LGBT inclusion instead champions the traditional family. A cyclops cop with a two-second line doesn’t overshadow one of the movie’s primary themes: Children need fathers. In Onward, God’s design for the family still shines bright.

Ian and Barley also do a few bad things that may be worth a discussion on the ride home — like running from the police (their future stepdad, who is a cop). The violent/disturbing content is minimal, although at one-point Ian and Barley get stuck in a sequence of Indiana Jones-like predicaments and nearly die.

Meanwhile, Onward is paired theatrically with a short film featuring characters from The Simpsons. Titled “Playdate with Destiny,” the short film stays in family-friendly territory and follows Destiny – the Simpsons’ baby – as she has a “romantic” playdate with a boy.

Rated PG for action/peril and some mild thematic elements.