4 Questions Christians Should Be Asking while Watching a Movie

We live in an age that is inundated with input, and we love it. My screentime report tells me that I pick up my phone an average of 75 times per day. On top of that, there is my apple watch, laptop, tablet, and the multiple media streaming services to which I subscribe.

Setting aside the question of what effect these technologies have on us neurologically, it is vital for the health of our souls that we as believers develop the skills of awareness and discernment as we receive the information coming at us. Why? Because the devil is at work in the minds of men:

“Be sober-minded; be watchful. Your adversary the devil prowls around like a roaring lion, seeking someone to devour.” (1 Peter 5:8)

One of the most subtle ways in which our belief systems are often impacted is through entertainment. While some shows and movies are more conspicuous than others, all products of human ingenuity are impacted by the creator’s personal worldview.

Whether you are watching a documentary about the environment or the Daniel Tiger episode about potty training (which, as an aside: I highly recommend), someone’s underlying beliefs and their implications for life are being communicated (whether intentionally or otherwise).

When we turn on the television, there is a tendency to allow the analytical side of our brains to turn off. But in an effort to find rest and pleasure, what formation of our own belief system is occurring?

Even as we enjoy entertainment, we must be vigilant to pay attention to the perspectives at play, and compare them with the truth of God’s Word.  If we are to respond obediently to the call to serve as salt and light in the world (Matthew 5:13-14), we must equip ourselves for engagement through the work of regeneration described in Romans 12:2:

“Do not be conformed to this world, but be transformed by the renewal of your mind, that by testing you may discern what is the will of God, what is good and acceptable and perfect.”

How? Read on for 4 questions to consider and contrast with Scripture as you watch your next show or movie. Each question centers on a different topic: God, Humanity, Morals, and Purpose. (Adapted from David Quine’s Starting Points)

To illustrate this practice and how it can be applied in teaching our children to think critically too, we will dissect one of my kids’ favorite movies: Frozen 2. (Consider this your spoiler alert, in case your kids or nieces haven’t already made you watch this movie with them ten thousand times)

Question 1: What Does the Film Say about God?

At first glance, many shows and movies may not appear to address the concept of deity. However, though the name of God may never be mentioned, one can still read between the lines to ascertain the belief regarding a higher power.

While the God of the Bible falls under the category of monotheism (the belief in one God), there are several other variations of beliefs about the nature of “god” that emerge in society: a few of the most common include deism (the belief that god exists, but is uninvolved with the world), polytheism (the belief in the existence of many gods, or all things in nature containing deity within themselves), and atheism (disbelief in his existence).

With so many different beliefs in the world, it is important to learn about them in contrast to the One true God: Father, Son, and Holy Spirit, who is the eternal Creator, perfect Judge, caring Father, present Helper, and great High Priest.

Applied to Frozen 2: Throughout this movie we see a strong undercurrent of pantheism. The four spirits of earth, fire, water, and air demonstrate supernatural power to communicate with and administer punishment upon the tribe of Northuldra. Later on, we learn of a mysterious fifth spirit that will serve as the mediator between these magical spirits and the people. This is where it starts to get crazy. Find out how when we explore question two below.

Simplified for kids: Now, if you start throwing out words like “pantheism” to your kids, you will most likely kill their ice princess buzz. However, you can reshape this question into more bite-sized pieces: “Do water and air actually have magical powers like that?” “Who is the only One in real life who could do those things?” 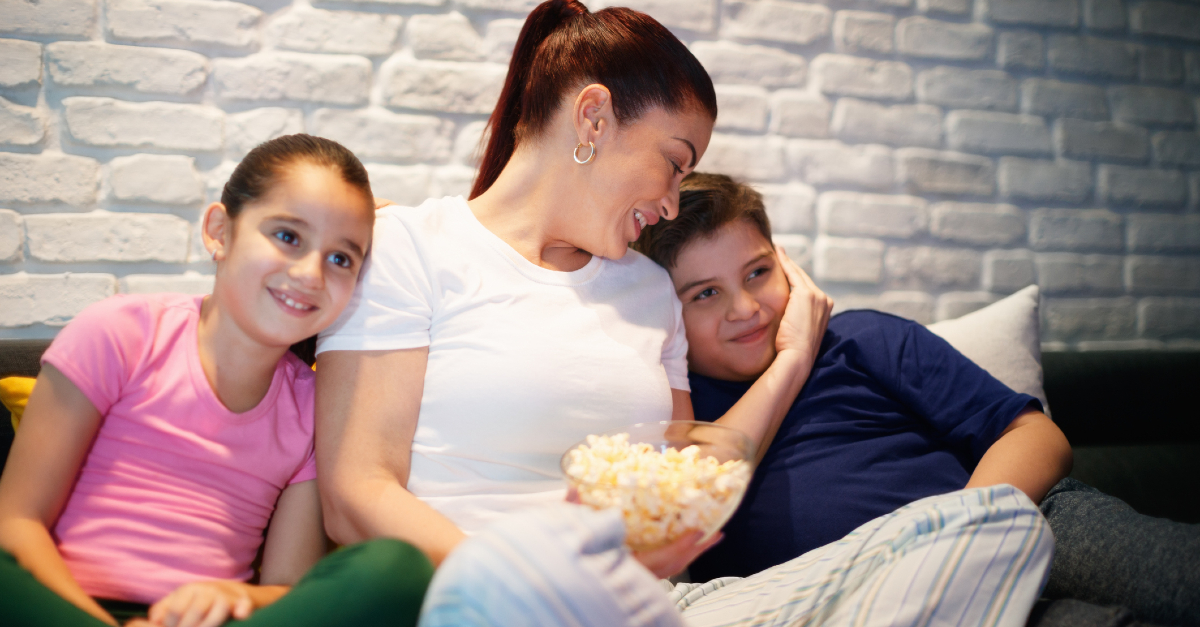 Question 2: What Does It Say about Humanity?

As you observe the storyline, what conclusion can you draw about the nature of mankind? Are the characters basically good at their core, or basically evil? What other general observations can you draw about humanity from the film? Are people viewed as powerful or weak; expendable or important?

Then, compare those observations with the Bible’s view of humanity: In a (very condensed) nutshell, Scripture tells us that God created mankind after His own image in the form of male and female (Genesis 1:27), and that all humans are born as slaves to sin but can be redeemed through Christ’s death and resurrection (Romans 5:12,19).

Applied to Frozen 2: As the plot unfolds we discover that Elsa herself is the “fifth spirit,” and ascends to the role of a goddess-like protector of the kingdom and its inhabitants. After doing some research (never thought I would become a scholar of animated kids’ films, but here we are), I learned that this role that Elsa grows into is uncannily similar to the profile of a real pagan religion which originated in Scandinavia: According to Wikipedia, “Shamanism is a religious practice that involves a practitioner, a shaman, who is believed to interact with a spirit world...The goal of this is usually to direct these spirits or spiritual energies into the physical world, for healing or some other purpose.”

With Elsa as the Shaman of Arendelle, she has the power to mediate between man and the supernatural. Wonder why that human-god mediator role sounds familiar? “For there is one God and one mediator between God and mankind, the man Christ Jesus.” (1 Timothy 2:5) Elsa is a Jesus poser.

Simplified for kids: Your kids might be a little young to start writing research papers on scandinavian religions, but they are certainly not too young to recognize the fact that our society loves a good savior story. Ask them, “did you see how Elsa saved the people of Arendelle when they were in trouble? Who protects and saves us?” Personally, I would take Jesus over Elsa any day.

Question #3: What Is the Basis for Right and Wrong?

This question centers on the underlying standard of morals in film. Is there such a thing as right and wrong? If so, what are those parameters and from where do they stem? Are they based on cultural norms? Are they relative to personal conviction, or are they based on a standard that exists outside of humanity?

For believers, God Himself serves as the ultimate standard for right and wrong. “You are good and do good; teach me your statutes.” (Psalm 119:68) He defines goodness, epitomizes it, and teaches it to us through His Word (Psalm 119:105), His Spirit (John 14:26), and our God-given consciences (Romans 2:15).

Applied to Frozen 2: Throughout the movie we see the assertion of basic human standards for justice, honesty, and loyalty. Combining these worldviews, we see a strong emphasis on the importance of human relationships. Kristoff pursues marriage to Anna, and the two sisters share a special bond that endures through stress and change.

Toward the end of the movie when Olaf appears to have flurried away and Elsa’s fate seems doomed, Anna sings, “You are lost, hope is gone; but you must go on and do the next right thing.” The movie praises faithfulness to family, friends, and duty.

Simplified for kids: You can help your little ones notice the characters’ longing for connection by asking questions like, “Why was Kristoff so nervous about proposing?” Or “Why did Anna try to follow Elsa on her quest?” 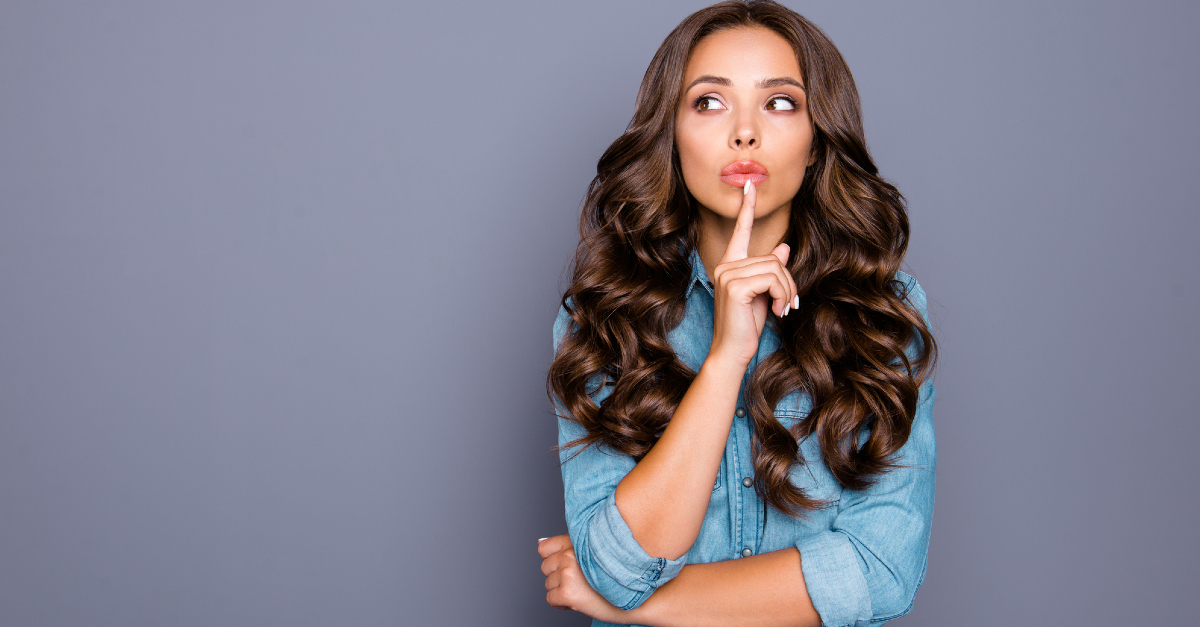 Question #4: What Does it Claim as the Purpose of Life?

What qualities or principles does the movie highlight as being important in life? Finding happiness? Falling in love? Doing good?

In Christian terms, we often answer this question in the form of the well-known Westminister Catechism question: “Q: What is the chief end of Man? A: Man’s chief end is to glorify God, and to enjoy Him forever.”

Applied to Frozen 2: As previously discussed, the main plot line follows Elsa’s response to a strange voice that is calling her. She longs to discover more about her family history and its connection to her magical ice-barraging powers. From this we can deduce that humans exist for a purpose: namely, fulfilling one’s destiny.

We see this theme come to a head as Elsa finally realizes her role as the fifth spirit during the song, “Show Yourself” At the climax the chorus sings, “Step into the power; grow yourself into something new; You are the one you've been waiting for.” So, while the Christian’s chief end is God, Elsa’s chief end is… Elsa.

Simplified for kids: Your children probably won’t have a grasp on the concept of destiny (mine only know “destiny” as the name of the whale shark in Finding Dory). However, you can prime the pump for later conversations by asking,  “What did Elsa want to do?” or “Why didn’t she want to remain queen of Arendelle?”

To conclude, I’m not necessarily advocating for a second generation of Disney boycotting (kids of the 90’s: remember that?); but it is important to think critically about the ideas that are behind our sources of entertainment.

As you and your kids begin to practice analyzing the material that you consume, you will grow in both your discernment of truth and your wonder at the beauty of the Gospel.

This will result in encouragement in your walk with the Lord, as well as the fulfillment of the exhortation in 1 Peter 3:5, “But in your hearts honor Christ the Lord as holy, always being prepared to make a defense to anyone who asks you for a reason for the hope that is in you; yet do it with gentleness and respect.” Let’s do the good work of equipping ourselves with a sound mind, even as we veg out on the couch.

Julie Davis is a retired ballet dancer-turned-homeschool mom of 3 young daughters. Her passion is for walking alongside fellow believers and reminding them of the grace and power of the Gospel in their lives. She loves to ponder and laugh at the adventures of life and motherhood via her Instagram and blog. Julie and her husband George live in Richmond, Virginia and enjoy hosting friends, getting outside, and sipping on moderately priced bourbon.