4 Things to Know about Tenet, the Mind-Bending Film with a Few Biblical Lessons

We don’t know his name, but he’s one of the toughest CIA agents America has ever produced.

He’s so tough, in fact, that he survived a brutal act of torture and then an apparent cyanide pill poisoning, and he now has been assigned to stop an evil scheme that could mean the end of mankind.

“No, something worse,” he is told.

Worse than the end of the world? Yep.

That’s because someone from the future is manufacturing items and sending them back to the present day, and a bad guy named Sator is collecting them to build a weapon and erase everything we know, including our past.

In order to stop this ploy, our hero must travel around the world – and even through time – in order to help humanity survive.

The new movie Tenet (PG-13) tells the story of this unnamed good guy (known as the “Protagonist” in credits) who uncovers a time-traveling, mind-bending scheme involving multiple people from the present and future. It stars John David Washington in the lead role and was written and directed by Christopher Nolan, the same filmmaker behind Interstellar (2014), Inception (2010) and Dunkirk (2017). 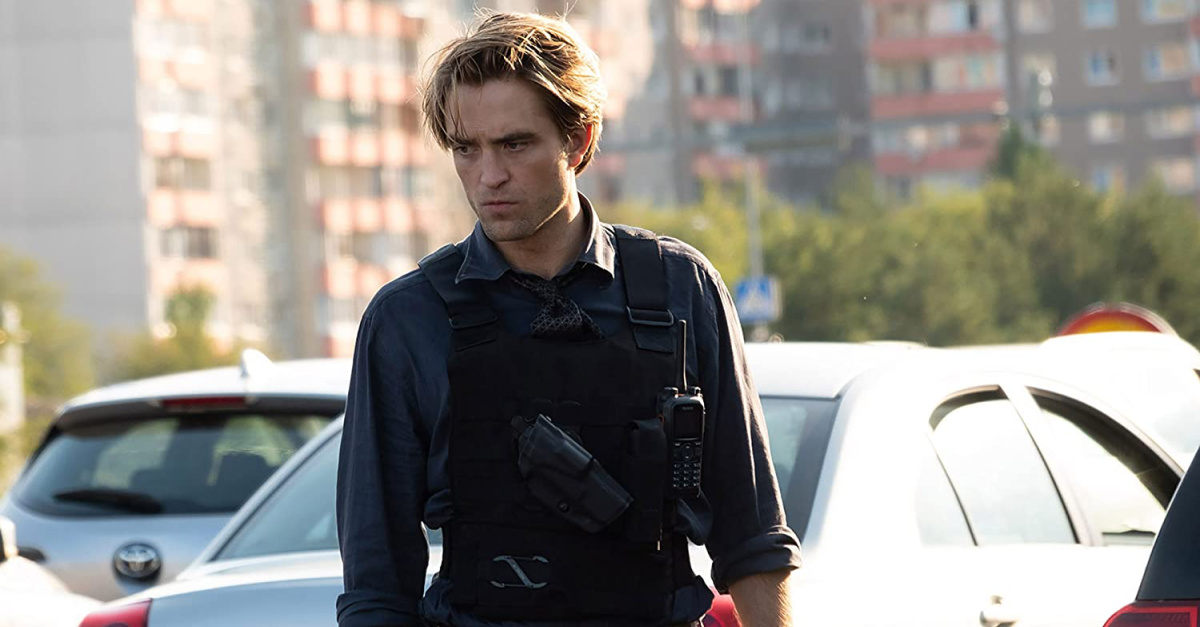 Tenet is the film America needed in 2020 to temporarily escape the world. It’s 150 minutes of spellbinding action, twists and turns that will make you forget there’s an election or a pandemic. (Although your mask might bring you back to reality.) John David Washington is excellent in the lead role. Ludwig Göransson – the composing genius behind the music of The Mandalorian and Black Panther – delivers an ethereal soundtrack that sets the other-worldly mood. And Nolan, who is known for mind-blowing movies Interstellar and Inception, gives us another mind-bending story. In Tenet, we are told that cause doesn't come before effect and that the past and future can exist in the present.

The plot is a bit confusing at times, but it’s easy enough to understand the 40,000-foot view of the story. Tenet is a film that will require multiple viewings for movie buffs and lead to plenty of post-film parking lot chats. 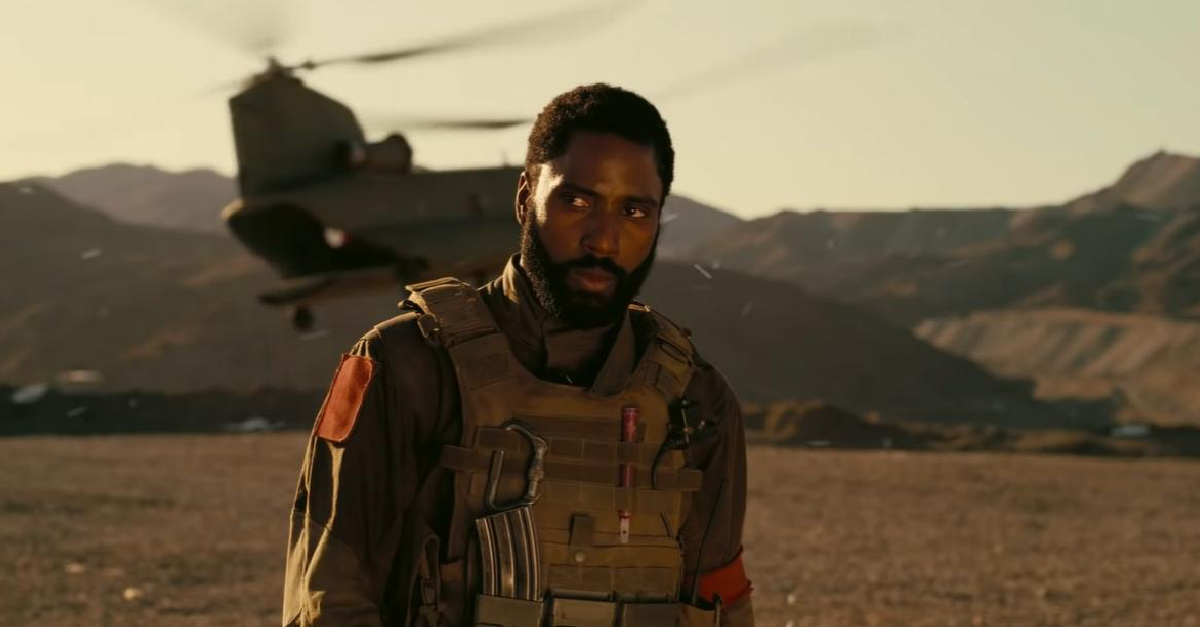 2. It’s Tense… and Full of Surprises

The movie opens with terrorists storming the stage of a symphony, with thousands of fans in attendance. From there, we watch our hero scale up and down the side of a skyscraper, whip four men in a restaurant kitchen fight, and take part in an art warehouse heist that requires the crashing of a cargo plane. And that’s just the first half of the film. It has the riveting action of a Mission Impossible film with the astonishing plot of a Nolan story. It’s so intense that you’ll either laugh in disbelief or sit on the edge of your seat, wondering what’s next.

It’s also filled with the unexpected. Just when the protagonist thinks he’s unraveling the mystery, another one appears. 3. It Spotlights Our Infatuation with Time Travel

In most time-traveling movies, it’s the main character who is journeying through the years. But in Tenet, the protagonist stays in the 21st century as he searches for clues about devices that are being manufactured in the future and sent to our modern world. In Tenet, the time-traveling takes place backwards. This means you see the explosion before you see the wreck and the wound before you witness the gunshot. This also means some of the fights in Tenet take place in reverse. (The final minutes of the film explain this wild phenomenon.) Tenet is Back to the Future on steroids.

Tenet is the latest film in a unique genre – time-traveling movies – that includes a few hundred titles. Why is our society so enamored with time travel? It’s because we have a natural, God-given desire for eternity. It's because our life is like a “mist that appears for a little while and then vanishes” (James 4:14). It’s because we want to travel back to our younger days and right all our wrongs. It’s because time is the bridge to our future death — the one thing we desperately want to avoid.

Thankfully, Christ provides the solution to our fear of time: He grants us eternity, forgives all our wrongs, and transforms the bridge to death into a bridge to eternal life. We only need to trust Him. 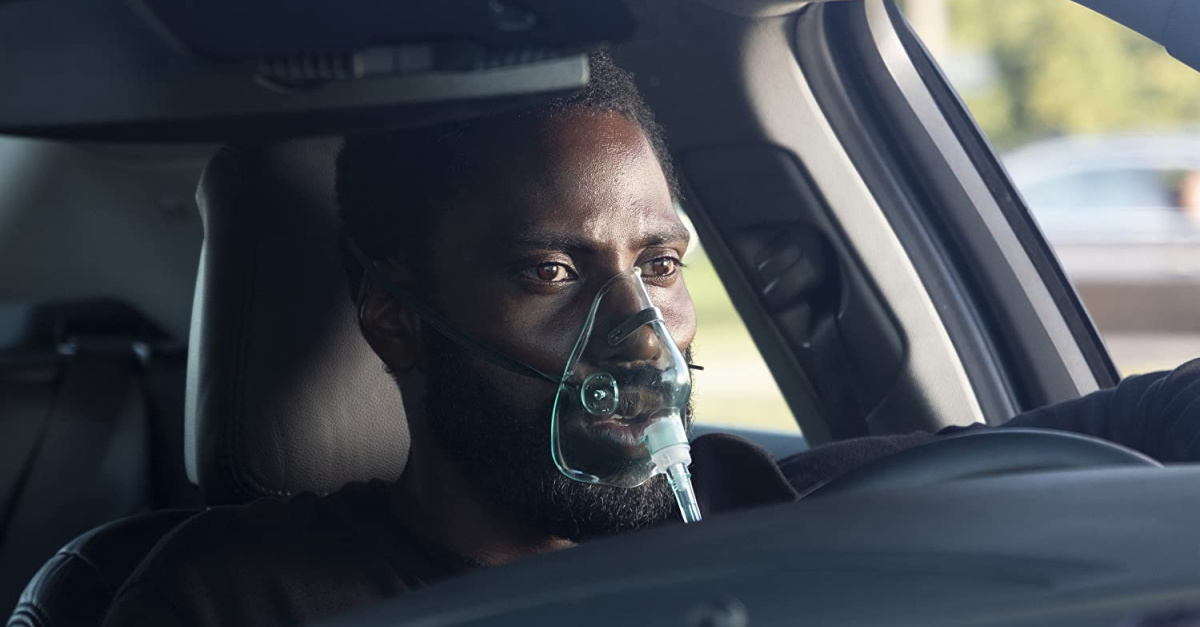 Tenet has a bit of strong language, but it’s not littered throughout the film. (Details below.) It has plenty of explosions, fisticuffs and other types of violence, but it’s not gory: We see terrorists take a large group of people hostage, but we don’t see innocent people die. We watch a fight in a kitchen, yet no one is stabbed. We see a scene of torture (teeth are pulled out), but everything is implied. We see cars wrecking and bombs exploding, but we only see a few bodies. The film’s most troubling scene involves the antagonist, who threatens and hits his wife (the violence remains just off-screen). The film contains no sexuality, even if it does have a few sexual references. (We hear the word “affair,” and we also hear the bad guy threatening another man if he’s caught sleeping with his wife. The bad guy also implies he rapes women.)

Unlike other films that push the envelope to the edge of an R rating, Tenet stays safely in PG-13 territory. That’s good news for America’s families.