Diana is a young, lonely woman living in a strange, confusing world: 1984 America.

Such is the life of a superhero who grew up on a mysterious island of Amazonian women with other-worldly powers but then moved to the United States, where – unlike Diana – people grow old and die. In America, no one – except Diana, a.k.a. Wonder Woman – has superpowers.

Diana, who is living undercover as an anthropologist at the Smithsonian, needs a friend. Fortunately, she finds one in the new employee, Barbara, who shares Diana’s interests even though the two are dramatically different. Diana is confident and bold. Barbara is insecure.

But then something strange happens. While examining an ancient crystal alone in her office, Barbara makes a wish: She wants to be like Diana. Within seconds, she possesses superhuman strength and the self-confidence she always desired.

Others, though, want the crystal, too. One of those is Maxwell Lord, a sleazy, failed oil businessman who pretends to like Barbara but who only wants the crystal in order to strike it rich.

Lord steals the crystal, makes his own wish, and gains god-like powers that turn him into the world’s most powerful villain.

Can he be stopped?

It’s all part of the new movie Wonder Woman 1984 (PG-13), which follows Diana/Wonder Woman (Gal Gadot) on her quest to stop Lord before he destroys the world. 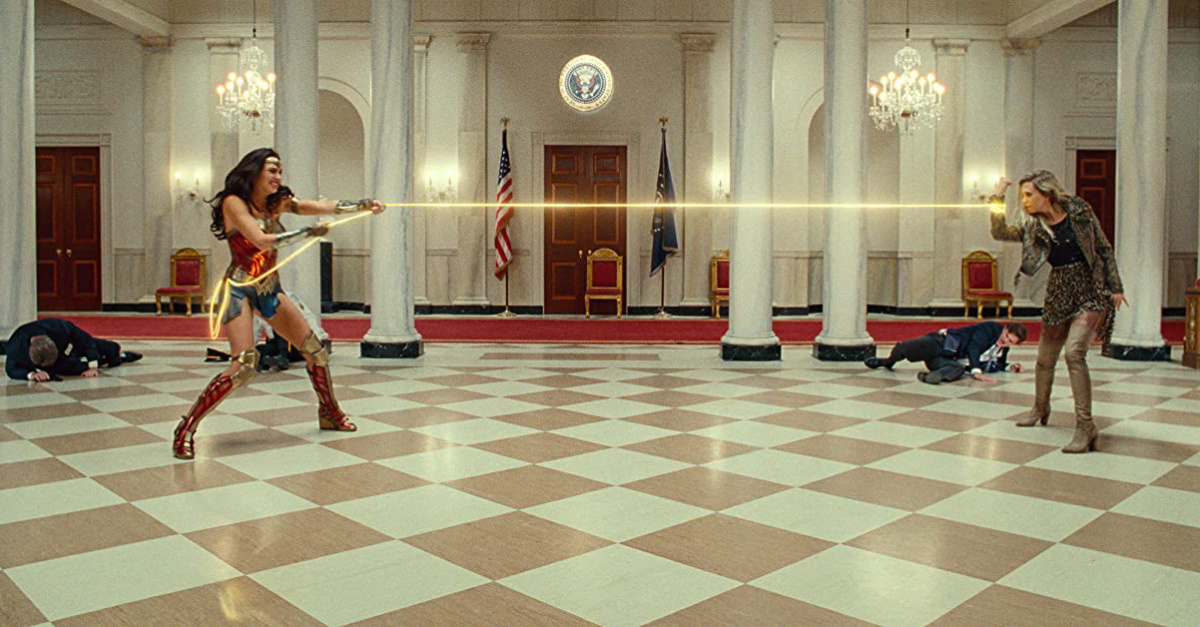 Wonder Woman 1984 hasn’t received the high praise from audiences and critics its predecessor did. Maybe that’s because so many people watched it at home. (It’s simultaneously available on HBO Max.)

I watched it in a theater with my tween-age son, and we both enjoyed it.

The opening scene alone is worth the price of admission: A young Diana competes on the island of Themyscira in an Olympic-style competition involving horses, bows and arrows, and death-defying feats. She’s impressive in the contest, despite racing against women 10 years her senior.

Moments later, the movie switches to modern times, with Diana doing double duty as an anthropologist and an anonymous superhero.

During a shopping mall heist, she catches the bad guys by first disabling the security cameras and then using her lasso of truth to wrangle the bad guys — all without the police knowing about her involvement.

During a high-speed chase in the deserts of the Middle East, she blocks bullets, lassos missiles and craws underneath an armored vehicle — and even finds time to save two children.

Movies always are better in theaters — especially ones involving superheroes. Wonder Woman 1984 is a big-effects movie made for the big screen. 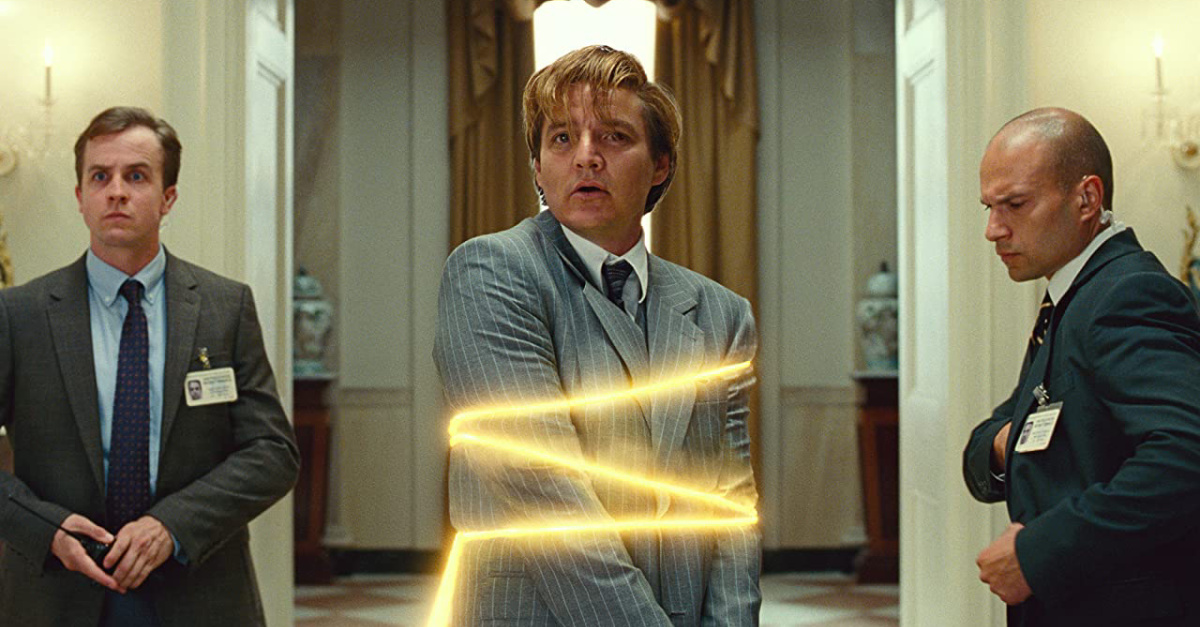 The first Wonder Woman film (2017) examined Diana’s desire for world peace and her shock that nations have a proclivity for war.

Wonder Woman 1984 provides another morality tale involving two major themes: 1) the importance of truth, and, 2) our desire to rule our own lives.

Diana’s childhood forms the foundation for this first lesson. The film shows Diana set to win a competition as a youngster despite not following the rules of the game. (“Truth is all there is,” a superior tells her, seconds after stopping her from winning. “... No true hero is born from lies.”) The lesson about truth sticks with Diana the rest of her life. Her Lasso of Truth, she says as an adult, is powered by the truth. (“The truth is bigger than all of us.”)

By contrast, movie villain and failed oil businessman Maxwell Lord is preaching a lie. In order to be successful in the oil business, he says in a slick TV commercial, “all you need to do is to want it.” Lord’s lust for success leads him to obtaining the mysterious crystal and making a wish to obtain god-like powers, which he receives. From there, Lord travels the world and grants wishes to an Eqyptian prince, to random strangers, and even to the U.S. president— all with the goal of gaining more power. Eventually, he makes a worldwide broadcast, granting everyone’s wishes. Worldwide chaos then ensues because many of the wishes are based on evil desires — and many of them conflict.

This truth-vs.-lies plot can spark multiple discussions for Christian families. Here are a few ice-breakers: Why is truth so important to God — and to society? Do you think your life would be better if you were granted one wish? (As a follow-up: What would God say?) What is the source of truth, peace and contentment? 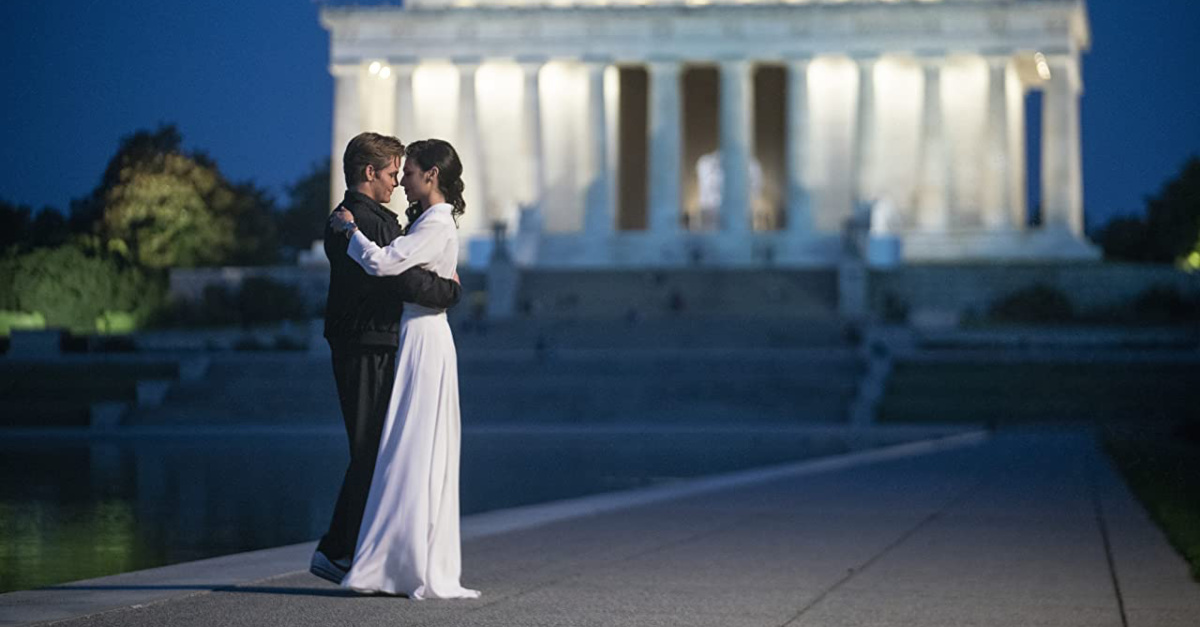 For children of the 1980s, the film is a riveting trip back in time to when big hairstyles, blue jean jackets and indoor shopping malls ruled the day.

The film pokes fun at 1980s clothing trends, when Diana’s World War I-era boyfriend, Steve, is magically transported into 1984 and tries on multiple colorful-and-baggy outfits, looking to fit in. (“Does everybody parachute” in 1984?, he asks while donning a pair of loose-fitting pants.)

Sometimes, though, the 1980s plot goes awry. When Maxwell Lord visits the White House and asks the U.S. president to make a wish, the latter answers: more nuclear answers. The president believes more weapons would make other nations “listen to us.”

Granted, this president (played by Stuart Milligan) doesn’t mirror all the mannerisms of Ronald Reagan — the real-world president in 1984 — and the credits call him “POTUS,” but the film’s backdrop can’t be ignored: America embroiled in a Cold War with the Soviets.

The real-world Reagan, who promoted peace through strength, viewed a weapons buildup as a necessary means to an end. Peace was his goal — not nuclear war. The scene comes across as a left-wing parody of Reagan, even if his name is never used. 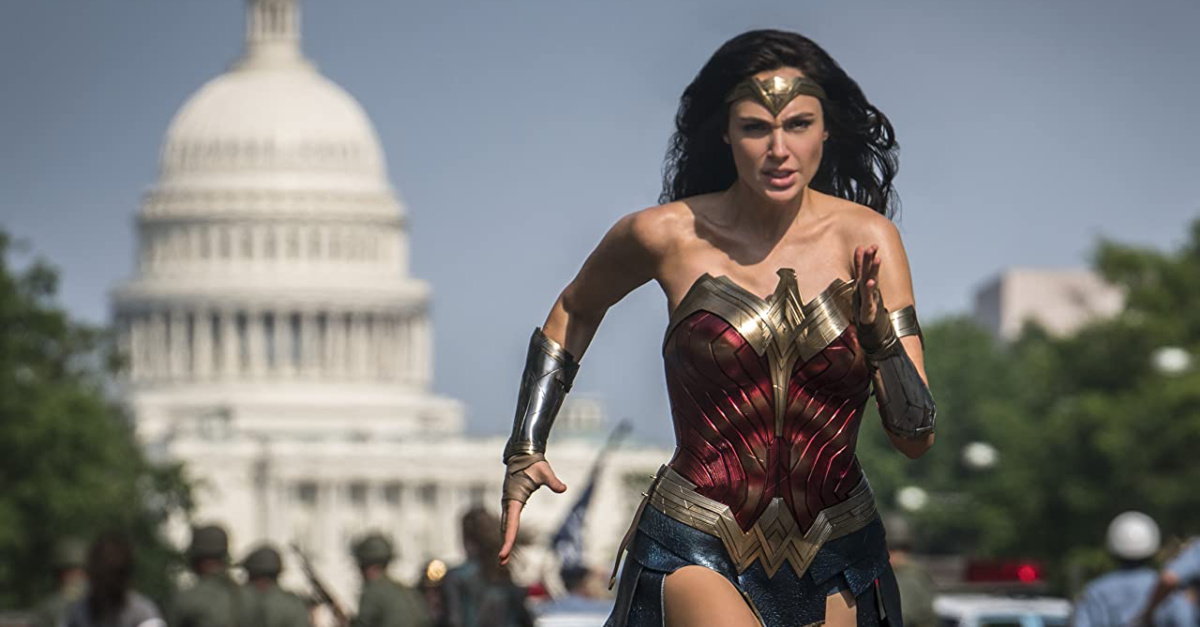 The last decade has seen a welcome change in how women are portrayed in movies — less and less as sex objects and more and more as characters who should be judged on their beliefs and values. Such is the case with Wonder Woman 1984, which — despite her obvious skimpy outfit — doesn’t use the camera to ogle her figure. That’s likely due to the leadership of a female director, Patty Jenkins, who also helmed the 2017 film. Diana promotes truth, justice and peace. She isn’t sexualized.

Still, that doesn’t mean the movie is fully family-friendly. She bumps into her boyfriend, goes back to his apartment, and sleeps with him. (We only see them waking up in bed together – she is in a camisole and he is shirtless.) We see another character passionately kiss a new fling in her office. We also hear a televangelist ask Maxwell Lord to help him get rid of a “sex tape.” But the violence stays on the low end of a PG-13 rating for a superhero film, and the coarse language is minimal. (See below.)

Overall, Wonder Woman 1984 presents a hero whose beliefs about honesty and justice can be modeled by girls. In the year 2020, that’s a solid movie in my book.