7 Fresh Ways to Re-Engage with the Celebrating Halloween Debate 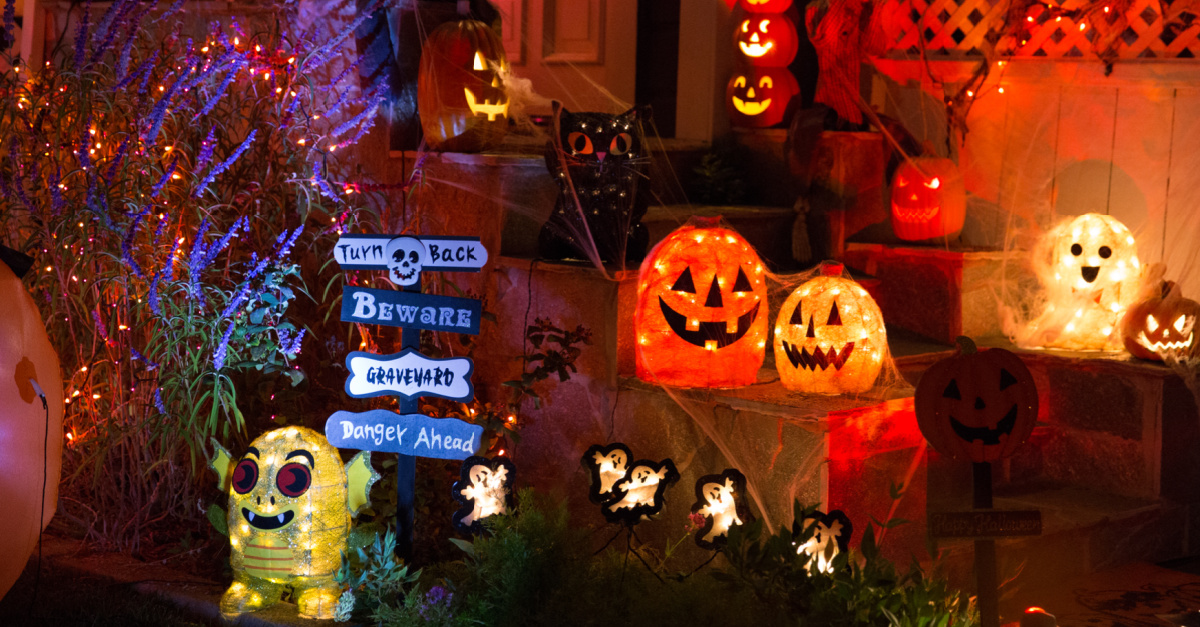 Spooooooky! Depending on what you think about Halloween, you either did or did not smile just now. Halloween makes October an especially awkward month for Christian communities. To celebrate or not? Why or why not? People have questions, others have concerns. Some folks simply enjoy the candy. Then there are those who enjoy the genre of horror, from movies to books, to dressing up as otherworldly creatures. There are Christians on both sides of the issue.

Let’s be honest from the onset - I’m a horror fan. Most movies I watch fall into the genre, along with some of the books I read, and yes, I’ve dressed up too. In 2019, during Kings Dominion’s Haunt season, I was selected as one of the Monster of the Year recipients. This award was granted to scare actors who exhibited the most passion, versatility, and growth during the job. On the other hand, candy isn’t my thing!

While my opinion on horror and the Bible is obvious, having an opinion doesn’t make me right. The same is true for someone who disagrees with Christians celebrating Halloween. Everyone has verses they will cite, plenty of anecdotal evidence, and an opinion they’ll call fact. Maybe one of us is wrong or maybe both of us. Having effective dialogue with someone who disagrees requires at least two things on our part: a willingness to listen and speak. And love – seeking the best for the other person through word and deed. Only then we can come together to sharpen one another and move ourselves that much closer to truth. With these two traits in mind, let the debate commence.

“Iron sharpens iron, and one person sharpens another.” (Proverbs 27:17)

There will always be Christians on both sides of the issue. Here are 7 fresh ways we can re-engage with the celebrate/don’t celebrate Halloween debate this year.

Many people, including Christians, make the mistake of thinking that they learn when they are speaking. Most often, when we are speaking, we are talking about what we already know. We can’t talk about what we don’t know because, well... we don’t know. Thus, we start the process of learning when we ask others questions. Consider the Halloween debate. Most adult Christians come to the conversation with preconceived ideas and beliefs. No matter what side of the debate you find yourself on, do you know why the other side disagrees?

As a proponent of horror, I have asked fellow Christians why they dislike Halloween and all things similar. I have even done online research. The more questions I ask, the more I learn. The more I learn, the better I am at offering a rebuttal to those who disagree with me. Sometimes they teach me something new, pitching a new angle I hadn't considered before.

Whatever the case, we can learn from one another. By understanding what people’s disagreements are, we can better respond; resulting in either their opinion changing or our own.

“A fool does not delight in understanding, but only wants to show off his opinions.” (Proverbs 18:2) 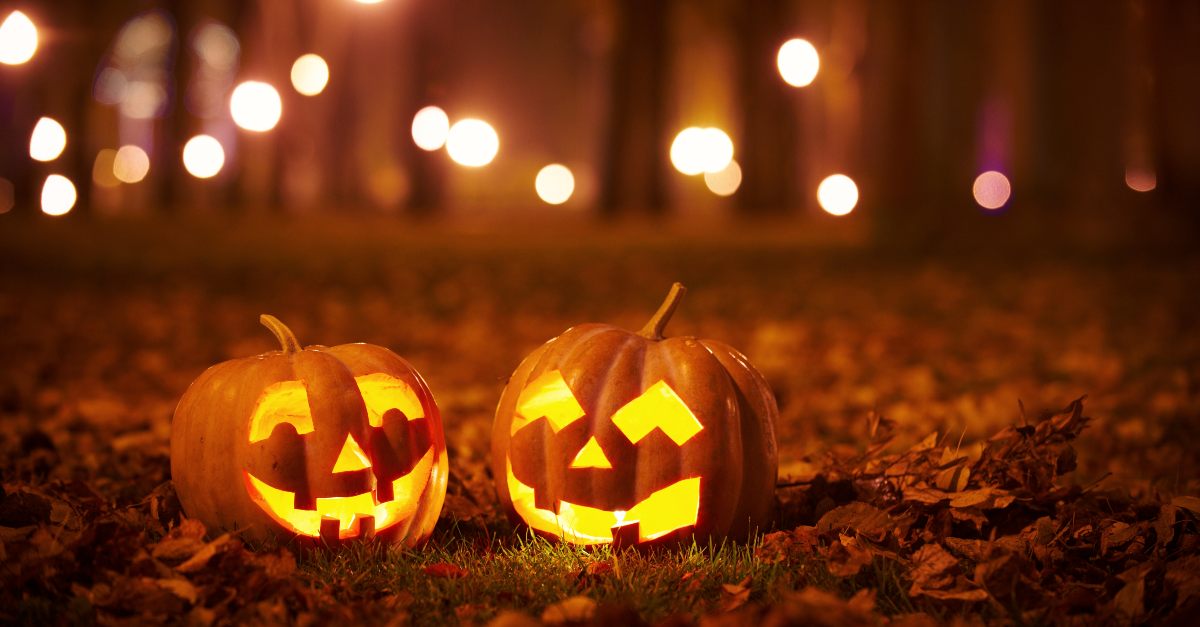 We can ask the right questions, but are we listening to the answers? The more we understand the other side, the better we can respond. That much is true, but listening also shows the other side that we care. A common mistake in debates, conversations, relationships, is the desire to be right. We value being right over actually finding solutions or the objective truth, but as Christians this should be our desire, not to mention loving the other person. If we only want to be right, then we are putting ourselves over another and not living as God has commanded.

Chances are, we probably aren’t listening if we only want to be right.

When you debate someone about Halloween, consider why they like or dislike the holiday. Did a person or situation form their beliefs? Do you notice any bias? What evidence do they have for their position? Is their stance biblically sound? Are they celebrating Halloween just for the candy and costume, or for another reason? Whatever you want to know, ask.

After asking questions and listening, we have a choice – respond or move on. If we’re debating Halloween, then we’ll likely want to respond. When we do, we need to choose our words carefully. This does not mean that we go overboard in trying not to offend someone. People may be offended by the simple fact that you like or dislike Halloween as a Christian. The issue is not trying to be overly sensitive; the issue instead is ensuring that we are not purposefully offending.

Try debating with someone and start yelling at them. What kind of result do you expect, or consider, how would you respond if someone did that to you?

The way we can have the Halloween debate is by mindfully speaking to one another, showing respect to the other person, who, like you, bears the image of God. If we talk to one another like people, we can undoubtedly have good constructive conversations.

“Let your speech always be gracious, seasoned with salt, so that you may know how you should answer each person.” (Colossians 4:6)

One way to get on the same page in the Halloween debate is by reading Scripture together. As with any issue – murder, abortion, racism, and yes, Halloween – people have verses in Scripture that they cite. Humans have an uncanny ability to find people and things that affirm what they already believe. Sadly, we as Christians do that with the Bible too.

People against Halloween cite verses like, “Be angry and do not sin. Don’t let the sun go down on your anger” (Ephesians 4:26). They argue that horror has a way of making you sleep with fear. By feeling terror, you open yourself up to demons and evil spirits entering your body.

Conversely, Christians like myself point to a number of horrific stories in the Bible as evidence of horror’s legitimacy.

“On that same night I will pass through Egypt and strike down every firstborn of both people and animals, and I will bring judgment on all the gods of Egypt. I am the Lord.

The blood will be a sign for you on the houses where you are, and when I see the blood, I will pass over you. No destructive plague will touch you when I strike Egypt.” (Exodus 12:12-13)

For me, Halloween is simply an extension of appreciating horror. There’s no demon or evil spirit worship happening.

Whoever you’re debating with, reading Scripture together will help you better understand each other’s perspectives. You can talk about verses from the Bible and also address their context. Be intellectual and be honest.

“All Scripture is inspired by God and is profitable for teaching, for rebuking, for correcting, for training in righteousness.” (2 Timothy 3:16) 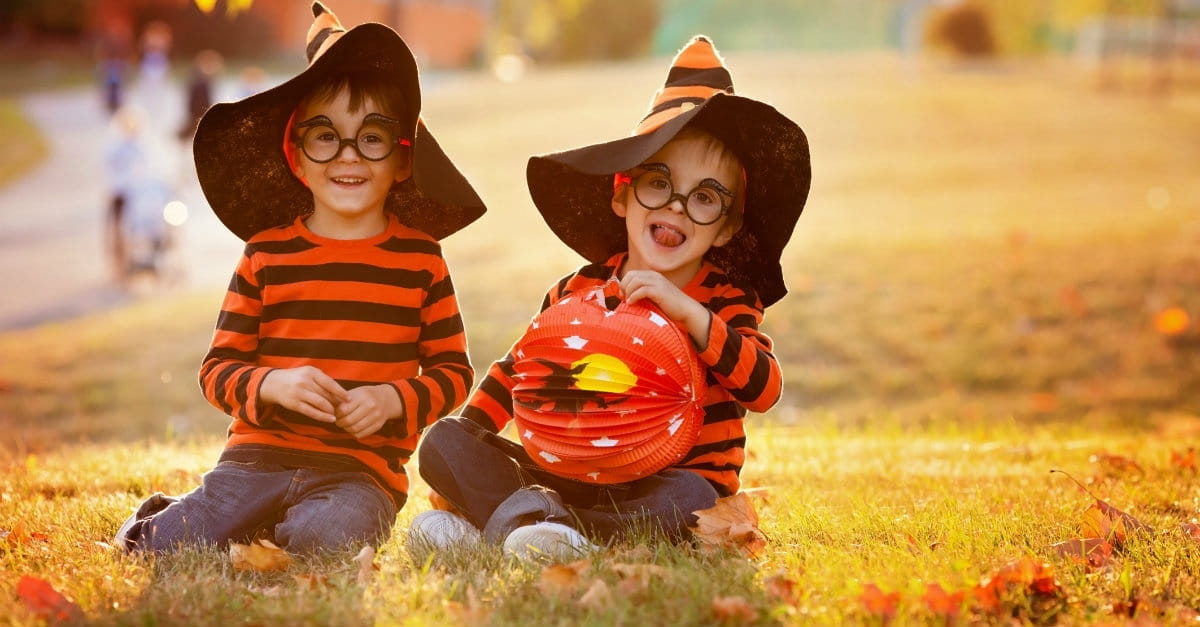 The easiest, but not unimportant, thing to do in your Halloween debate is pray. We can always ask God for guidance and wisdom. He’s able and willing to answer our prayers. The biggest issue here though is the same as citing verses from Scripture. As humans, we have a tendency to affirm our previously held beliefs. If you are already against Halloween, you will look for that evidence. You will also hear the same in prayer. If you are for Halloween, you will look for that evidence, even in prayer. This is why talking to someone who disagrees can offer a healthy challenge and help you grow intellectually.

In fact, praying for insight from the other side can prove helpful. If, as dutiful Christians, we want to follow God completely and wholeheartedly, we should accept that maybe we don’t have everything right. Maybe not everything that we believe today is true. Thus, we can pray to God not for confirmation, but for a wider and wiser perspective.

“Now if any of you lacks wisdom, he should ask God—who gives to all generously and ungrudgingly—and it will be given to him.” (James 1:5)

While we can pray for God to give us wisdom and such, let’s not forget, He blessed us with eyes to see and a mind to reason. If you’re a Christian who believes people get possessed on Halloween, then ask yourself something. Have you seen someone be possessed or were you told to believe that? If you assume Halloween is Biblical, where do you derive your evidence?

We shouldn't always take what people say as truth. Much like we shouldn’t assume that the news always tells the truth, or our parents, we have to question ourselves sometimes, too.

If you’re weary of Halloween, try watching a light horror movie. Do you think demons are creeping into your spirit or are you simply afraid? Horror movies want you to be afraid, much like comedies want you to laugh, or dramas want you to cry.

If you like Halloween so much, where do you see God in action? Where are disciples being made? Is anyone being served in the name of Christ?

The more we observe, we might notice a change in our preconceived notions.

7. Try All This Over Again

The less we assume about being right, the closer we step to finding truth.