Did Mary Really Give Birth on December 25?

Did Mary Really Give Birth on December 25?

The question of the date of Jesus’ birth has been the subject of discussion in many scholarly circles throughout the years. A brief search of the topic turns up more controversy than a political Facebook post.

For every theory posed, a host of highly intelligent people descend upon it, listing whatever vital factors their opponent has unforgivably forgotten and explaining why they’re wrong.

In the end, whether Jesus was born on December 25 or not isn’t something worth bickering and dividing over. But it is certainly worth investigating.

What Are the Historical Origins of December 25?

We find the first mention of December 25 celebrated as the birth of Christ in 336 AD in a Roman calendar. Prior to this date, there is no indication that Jesus’ birth was celebrated at all. In fact, Origen of Alexandria, a third-century theologian, denounced the celebrating of birthdays as a practice only embraced by unrighteous people.

Many believe that the selection of December 25 was influenced by the winter solstice and Roman festivals honoring Saturn (Roman god of agriculture) and Mithra (Persian god of light). Perhaps the church hoped that by arranging for Christ’s birth to coincide with these pagan festivals they might smooth the way for converts.

However, early Christian writers don’t appear to indicate this link in their writings, and the date was chosen during a period in which the church strove to separate from beliefs and practices with any pagan association.

Still others believe that the date was proposed due to a tradition that identified the vernal equinox as the time of creation and linked the fourth day of creation (March 25) with Jesus’ conception, making December 25 the estimated divine due date. But again, this is just a theory.

However the date was chosen, there are a few details in biblical history as well as other sources that cast some doubt on a December birth.

Why Is a December Birth Unlikely?

First, let’s consider Luke 2:1-2: “In those days Caesar Augustus issued a decree that a census should be taken of the entire Roman world.”

According to archeologist and New Testament scholar, William Ramsay, the span of months in which a census was customarily taken would have to be between August and October.

Any months which might interfere with harvest time would be rejected. And would a census requiring every man to return to his homeland have been decreed in the winter months? Not only would resistance to the idea have been high, but how successful could a winter census be? Many people had to travel long distances, and requiring this during the most difficult season for travel would result in inaccurate census results at best.

Adam Clarke’s commentary on Luke 2:8 reveals a second potential problem with a December birth: would shepherds have been tending their sheep in the fields surrounding Bethlehem in the middle of winter? According to this Bible theologian, most sheep would have been kept in the open country between Passover (spring) and the first rain (October), and then brought home.

Both of these points are hotly-debated topics and there are a plethora of opinions on the subject from Bible scholars, history buffs, and experts on Jewish practice. While not definitive, these ideas should at least encourage us to consider that Jesus may not have been born in December. 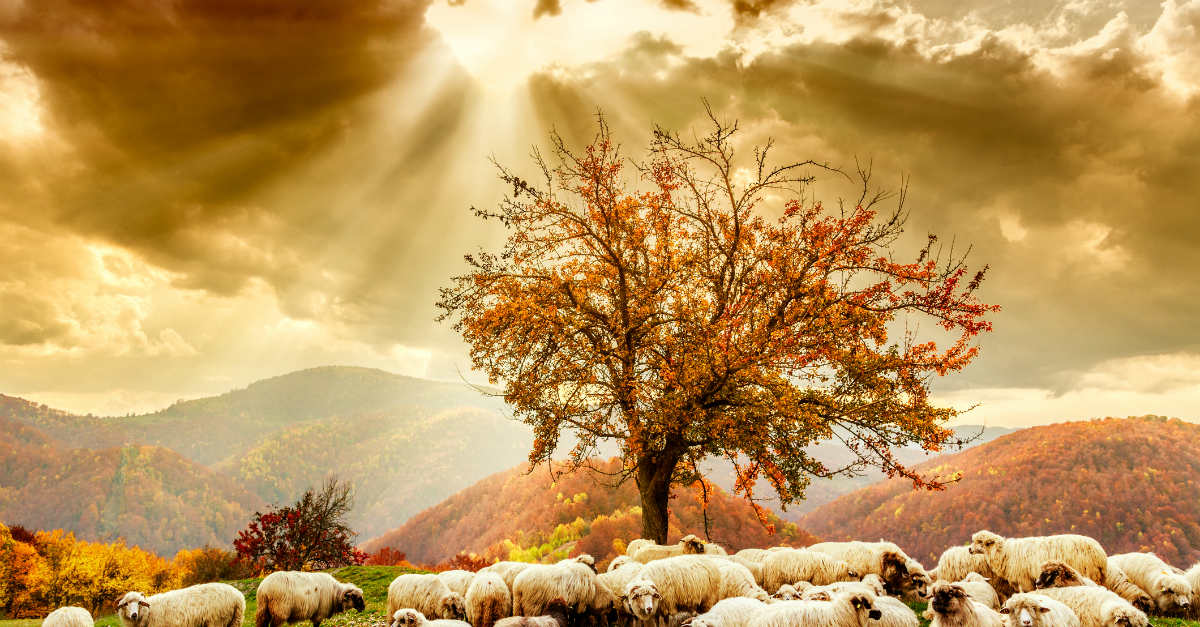 Does History Indicate Other Possible Months?

Clement of Alexandria, writing in AD 200 about this question of Christ’s birth, mentions several contesting opinions of his time: May 20, April 20, and April 21. His personal estimate (November 17, 3 BC) was much later in the year and closer to the date of our Christmas celebrations today.

One event in Scripture closely linked with the birth of Jesus is the birth of John the Baptist (Luke 1). Several details that Luke provides about this event are particularly relevant:

A study of the dates of service for each priestly division, along with other historical and astronomical indicators, have led many Bible scholars to the conclusion that John was likely born in March and Jesus six months later in September. A September birth would align with previous notes on a census month (August-October) and allow for shepherds in the fields at night.

There was a date (September 29) observed by the ancient church in Britain called Michaelmas (“Michael sent”). Also called the feast of Michael and the angels, this celebration has caught the interest of some scholars. Could it point to the angelic proclamation of Christ’s birth witnessed by shepherds and their flocks?

Yet another possibility, proposed by Rick Larson in his documentary, Star of Bethlehem, is that Jesus was born in June. Larson shifts his gaze upward, searching for the star that led the magi to Bethlehem. But he finds so much more than that.

Romans 10:17-18 reads “Consequently, faith comes from hearing the message, and the message is heard through the word about Christ. But I ask: Did they not hear? Of course they did: ‘Their voice has gone out into all the earth, their words to the ends of the world.’”

Whose voice? Who were they meant to have heard about Christ from? Paul is quoting Psalm 119:1-4: “The heavens declare the glory of God; the skies proclaim the work of his hands. Day after day they pour forth speech; night after night they reveal knowledge. They have no speech, they use no words; no sound is heard from them. Yet their voice goes out into all the earth, their words to the ends of the world.”

Using software to search the arrangement of the night sky in the years Jesus may have been born, Larson discovers that in September of 3 BC, there was a triple conjunction of Jupiter (the king planet) and Regulus (the king star) in the constellation Leo (the lion). This striking event proclaims not just kingship, but an association with the tribe of Judah (Genesis 49:9) from which the Messiah was prophesied to come.

But it doesn’t end there. This “starry dance,” as Larson calls it, continues, depicting a vision described by John in Revelation 12 and indicating what Larson theorizes might be Christ’s conception.

Nine months later (June, 2 BC) Jupiter and Venus are so close to each other in the night sky that they add to each other’s light, producing what Larson says would have been the brightest star anyone alive had ever seen—a star bright enough to catch the attention of certain magi and lead them to journey to Jerusalem in search of a king. Following Jupiter’s path across the sky may have brought the magi to Jesus on December 25, 2 BC—the first Christmas.

Of course, these months aren’t the only possibilities. Other dates have been suggested, dissected, and argued about, and the reasoning behind many of them is fascinating. Fascinating, but not definitive. 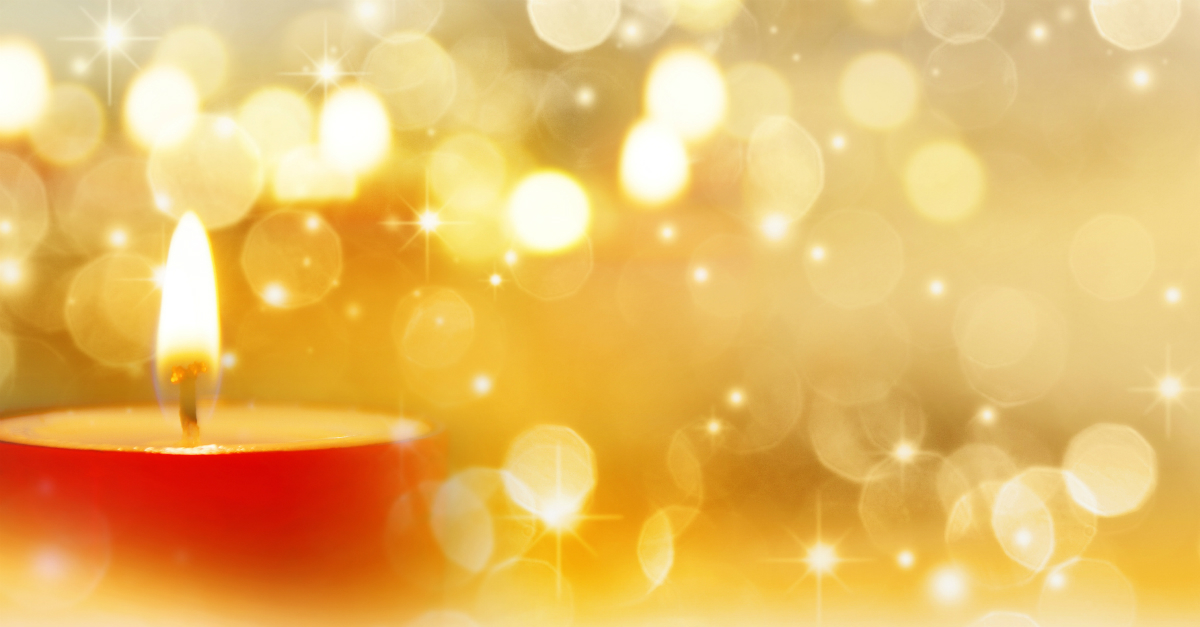 Whatever the Date of Christmas, It’s Still a Celebration

In the end, we don’t know for sure whether Christ was born in December or not.

But we do know this: “The Word became flesh and made his dwelling among us. We have seen his glory, the glory of the one and only Son, who came from the Father, full of grace and truth” (John 1:14).

Whatever the date, the hope that Jesus brought to all of us on the day He entered the world as a baby is certainly worth celebrating. If you’re curious like I was, dive into these theories and investigate the events, traditions, and wonders surrounding the birth of our Savior. There’s certainly enough to keep you engrossed for several Christmases, and so much more than would fit in any single article.

What’s more important, though, is to not miss out on joining with others to rejoice over who Jesus is and what He has done for you. He forever altered my eternity, and I’m going to celebrate that on December 25.

Have a Merry Christmas.

The First Recorded Celebration of Christmas

A Key to the Chronology of the New Testament

Shepherds in the Field

When and Where Was Jesus Born?

What Year Was Jesus Born?

Jesus' Birth—Birth of John the Baptist