What Is the Meaning Behind the Classic Song "Silent Night"?

What Is the Meaning Behind the Classic Song "Silent Night"? 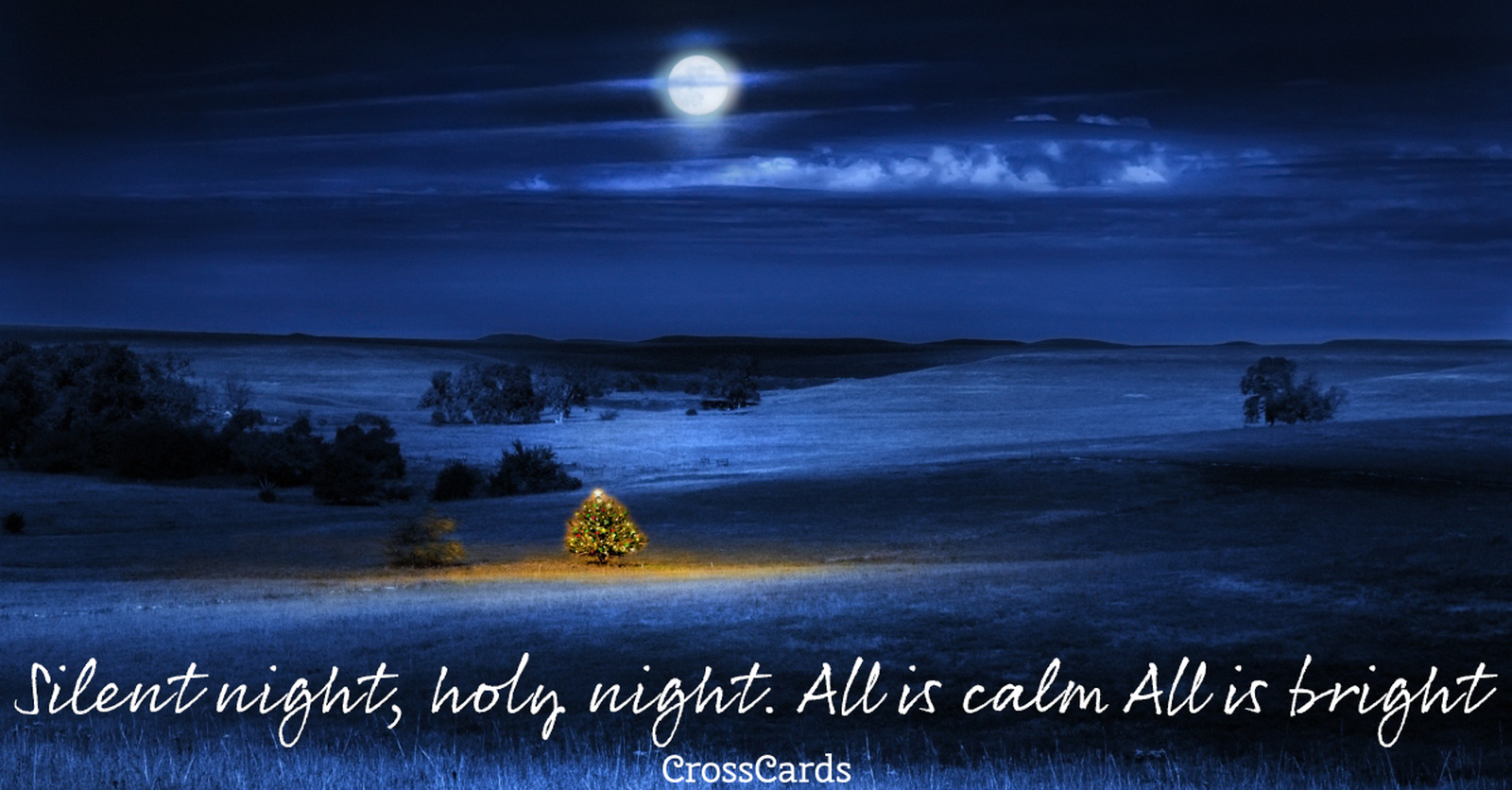 On December 24, 1818, 201 years ago, the song “Stille Nacht” (Silent Night) was sung for the very first time. Today, this treasured Christmas carol has been translated into approximately 300 languages!

In Mariapfarr, Austria, in the year 1816 (the same year that Indiana became the 19th U.S. state), an Austrian priest by the name of Joseph Mohr wrote the lyrics to a song he titled, “Stille Nacht.” Two years later, school teacher and church organist Franz Gruber composed the music to Stille Nacht and performed it for the first time on guitar, not organ, during a Christmas midnight mass at St. Nicholas Church in Oberndorf, Austria.

Joseph Mohr was born in Salzburg on December 11, 1792 to Anna Shoiber and Franz Mohr. Joseph was conceived out of wedlock which was socially unacceptable, making him an outcast. To top it off, his father deserted his mother when she became pregnant. Anna and young Joseph suffered socially and financially. God saw fit to provide a sort of father figure and role model for Joseph though. Johann Nepomuk Hiernle, the church choirmaster, noticed Joseph’s musical abilities and made sure Joseph received an education including learning organ, guitar and violin. These opportunities led to Joseph choosing a future in the priesthood, entering the priestly seminary in Salzburg at age 19. He was ordained in 1815 at 23 years of age.

“He first served in the village of Mariapfarr, where his grandfather lived, and where he wrote the text of ‘Silent Night’ (or ‘Stille Nacht’) in 1816,” writes Steve Huey for All Music.com. A painting of Mary and the three kings (wise men) on the side of the 12th century church known as “Zu unserer Lieben Frau” (To our beloved woman) in Mariapfarr, may have been the inspiration for Mohr’s six-verse poem. “The line ‘Holy infant, so tender and mild’ certainly reminds of the curly blonde Baby Jesus depicted on the painting,” writes stillenacht.com.

Health issues brought on by the harsh climate in Mariapfarr forced Mohr to return to Salzburg in 1817. After he recovered, he moved to Oberndorf, there befriending church organist Franz Xaver Gruber who was five years Mohr’s senior. Gruber was a schoolteacher in the neighboring town of Arnsdorf. It was Gruber who composed the music to Mohr’s Christmas poem.

“Stille Nacht” was sung by Mohr and Gruber and performed by Gruber on guitar shortly after midnight on the morning of December 25, 1818, at the St. Nicholas Church in Oberndorf, Austria. “…the song was sung in the church room in front of the nativity scene after mass had already been completed,” writes stillenacht.com. Thomas Mohr and Franz Gruber remained friends for many years. And the rest, as we say, is history.

The carol attracted attention. As the story goes, the organ at St. Nicholas’ fell into disrepair (perhaps the reason “Stille Nacht” was first performed on a guitar). Organ repairman, Karl Mauracher was called on to repair it, heard the song, and brought it back to his home in the Ziller valley near Tyrol, Austria. Timothy Garton Ash of the Irish Times writes “There he (Mauracher) played or sang it to a family of singing sisters, the Strassers, who seem to have been something vaguely like the Julie Andrews gang in The Sound of Music. The Strasser sisters incorporated Silent Night into their repertoire as they travelled around German-speaking central Europe selling gloves and trilling songs.”

It was a rough beginning for Joseph Mohr: a fatherless childhood, an impoverished upbringing, and yet, thanks to his relationship with God, a loving mother, and talented, caring friends, Joseph was used by God to pen words that still challenge, move, and inspire us to this day.

How Did Silent Night Become Popular in America?

The German version of the song became popular in the United States two decades before it was translated into English. (German speakers were immigrating to America at this point in history by the millions.) “Stille Nacht” was performed for the first time in America in Central Park, Manhattan, at the Alexander Hamilton Monument by the Rainer family, another group of singing sisters, in 1839. It was ultimately translated into English by John Freeman Young in 1863. The English lyrics to "Silent Night" are below:

What Do the Lyrics of the German “Stille Nacht” Mean?

The following is a literal translation, done by Hyde Flippo, of three of the six original verses from the German:

Not Just a Song Writer, but a World Changer

“Thanks to Mohr’s initiative, a school was built in Wagrain for more than a hundred children where there had previously just been a single classroom. Mohr also founded a compensation fund in order to enable children of impoverished parents to go to school. The later created home for poor and elderly people is also a result of his efforts. On 4 December 1848, nearly 30 years after the first performance of his song, the lyricist died of his lung problems, probably exacerbated by an infection triggered by a winter walk. His only estate was his guitar, which later came to be owned by Franz Xaver Gruber’s family. The ‘Priest of the Poor’ never witnessed the success that his Christmas song would have throughout the world”

Christmas Carols: Silent Night – A History of the Carol

The Irish Times: Luck and the mice in the church organ by Timothy Garton Ash

Kristi Walker has been a missionary in Berlin, Germany for over 15 years working with an international church as the Director of Student Ministries. She is the author of two books - Disappointment: A Subtle Path Away from Christ and Convinced. Applying Biblical Principles to Life’s Choices.