When Is Passover Week in 2020? Holiday Dates and Meaning

When Is Passover Week in 2020? Holiday Dates and Meaning

In 2020, the Passover Holiday will begin on the evening of Wednesday, April 8th and end on Thursday, April 16th.

Passover is a traditional Jewish holiday with biblical origins. It is a celebration of the deliverance of the Jewish people by God from their bondage in ancient Egypt under the guidance of Moses. Passover commemorates the story of the Exodus as depicted in the Hebrew Bible, notably in the Book of Exodus.

Passover is a spring holiday and was associated with the sacrifice of the "first-fruits of the barley" during the presence of the Temple in Jerusalem, barley being the first seed to mature and collected in the Land of Israel.

Some Christians recognize a version of the Jewish holiday of Passover. The tradition is observed among Assemblies of Yahweh, Messianic Jews, and some congregations of the Church of God (Seventh Day). It is often associated with the Christian celebration and festivities of Easter. The salvation from the subjugation of sin through the sacrifice of Christ is celebrated, a resemblance of the Jewish Passover's celebration of salvation from slavery in the land of Egypt.

Discover more about the Traditions and History of Passover.

Passover in the Bible

Scripture references to Passover Holiday origins and traditions are mostly found in the Old Testament as it commemorates the liberation of Israelites from slavery in Egypt during the time of Moses conveyed in the book of Exodus. Discover notable Bible verses about Passover in the collection of scripture quotes listed below!

History and Origin of Passover

The sources of the Passover holiday precede the Exodus. The Passover ceremony, prior to Deuteronomy, is generally thought to have its origins in an evil-repelling ritual, unrelated to the Exodus, to assure the safekeeping of a family home. Hyssop was used to apply the blood of a slain sheep on the house entry to ensure that wicked forces could not infiltrate the building.

The biblical commandments regarding the Passover (also the Feast of Unleavened Bread) emphasize the significance of recognizing the following: 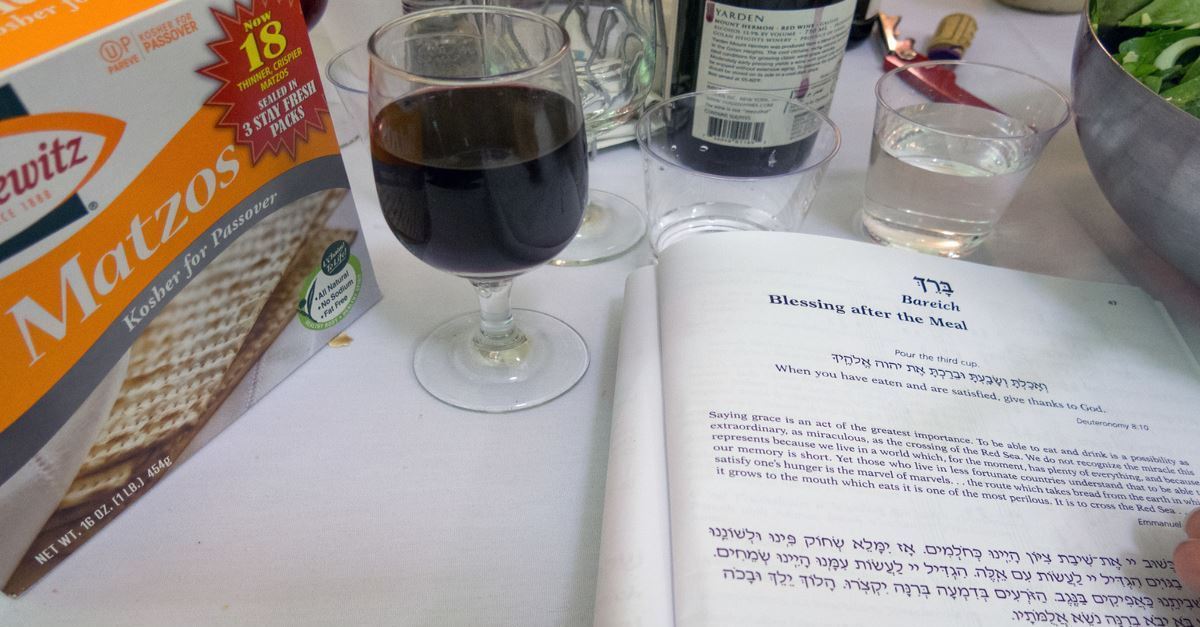 One of the most significant Passover customs for observing Jews is eliminating all leavened food products from their home before the holiday begins and fasting, or withholding, from them throughout the span of the holiday.

In place of bread, religious Jews eat a kind of flatbread called matzo, as pictured above. According to tradition, this is because the Hebrews escaped Egypt in such a hurry that there was no time for their bread to rise, or perhaps because matzo was lighter and easier to carry through the desert than regular bread.

Image above courtesy of PxHere

According to Russ Jones on what Christians should know about Passover: Some might debate whether or not it is appropriate for a Christian to celebrate Passover. Whether one chooses to do so or not is a decision for the individual Christian to make. While Passover remembers the Jews deliverance from slavery, it also is a depiction of Christ's atonement for His people and His deliverance of us from the bondage of sin. The end result is certainly worthy of a Christian's consideration and could provide needed "bread for the journey" - whether it is unleavened or not!

As a final step in the process, allow me to encourage you to speak with a Rabbi about Passover if you have additional curiosities. He can inform you about this important Jewish observation.

This article is part of our larger Holy Week and Easter resource library centered around the events leading up to the death and resurrection of Jesus Christ. We hope these articles help you understand the meaning and story behind important Christian holidays and dates and encourage you as you take time to reflect on all that God has done for us through his son Jesus Christ!