What Does the Bible Say about the End Times?

What Does the Bible Say about the End Times? 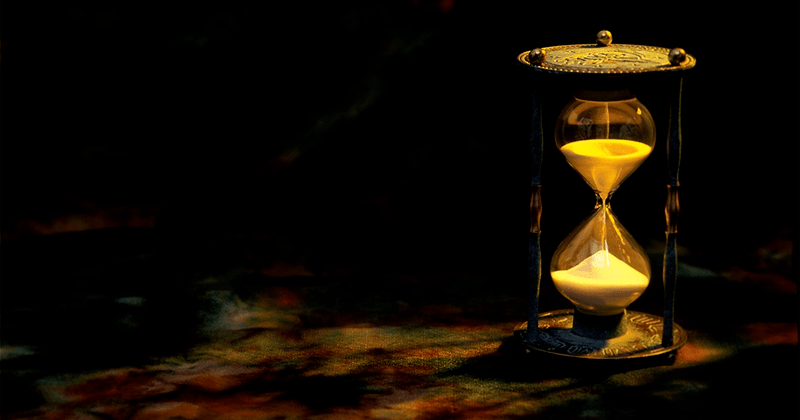 I knew I had gone deep into researching the End Times when I came across the phrase “immanentize the eschaton,” which—forgive me—sounds like something Han Solo would do to fix the hyperdrive on the Millennium Falcon.

The actual meaning of the phrase? To “…bring about the…the final, heaven-like stage of history.” It was the rallying cry of conservatives in the ‘60s and ‘70s, critiquing the utopian projects of communists, Nazis, and liberal theologians who imagined their ideology would bring Heaven on earth. I came across it the Wikipedia article about Postmillennialism, one of the historical views of the end times.

I’ve been a Christian for thirty years. I’m still trying to define all these terms, not to mention decide which of them I should believe.

Please tell me I’m not alone in admitting that End Time jargon makes my head spin: “dispensation”, “eschatology,” “premillennialism,” oh, my. I want to better informed—I really do. But some days, laundry is a lot simpler, and usually feels more urgent.

Shedding Light on Some of the Hardest Parts of the Bible to Understand:

Full disclosure: hearing about “the Beast” was one of my first encounters with Christian theology. Since then, I’ve been discipled in a number of theological contexts—the fundamentalism that brought my sister to faith, the heavily Southern Baptist communities of my college career, and the evangelical-leaning Presbyterian church where I’ve spent most of my life. And throughout my journey, I’ve heard different, often contradictory teachings on the End Times.

Much as I might poke fun at the technical terms used to describe this complex subject, I believe that what we believe about the end of the world matters. But the prophetic books of the Bible are among the most difficult to understand, and the possible interpretations of them are quite different in their view of Jesus’ second coming, the beginning of heaven, and everything in-between.

So a little illumination is in order.

What viewpoints do Christians around the world—and the theologians we esteem—hold about the end of days?

What distinguishes each view? And where can we go to find out more?

I’ve included a few hand-drawn timelines to help clarify the differing viewpoints, which are based on Paul N. Benware’s book, Understanding End Times Prophecy, a text written from the dispensational premillennialist point of view. I’ve simplified some of his diagrams for clarity, since Benware goes into much more depth than I can here.

May increased understanding of the end of days help us place our hope in God’s power and intentions for all of eternity.

If you want to make flashcards, write this word down first: millennium, which literally means a thousand-year period. In Revelation 20, John writes that Christ will reign for one thousand years. When and how this millennium takes place is a crucial difference between each of the major end times views, thus the root “millennium” in each of their names. Amillennialism, then, literally means no millennialism. Amillennialists believe John’s words in Revelation 20 should be taken figuratively, not as a literal description of a thousand-year government-on-earth by the resurrected Jesus.

· As Benware notes, “amillennialism” is somewhat of a misnomer. In fact, amillennialists do believe in a millennium, but think it “has already begun and is identical with the current church age.”

· They consider the millennium as the current spiritual reign of Christ on earth through His church.

· They believe things on earth will only improve after Christ’s Second Coming, when eternity, and Christ’s full Kingdom, begins.

· Amillennialism is the most commonly held eschatological viewpoint in worldwide Christianity, since Catholics, Orthodox Christians, Episcopalians, and other denominations hold it as their official teaching.

· Amillennialism is also an old view of the end times, possibly emerging as early as the first century. It gained the most adherents during the Medieval period and was the main viewpoint of most Protestant reformers, including John Calvin and Martin Luther.

To read a current take on amillennialism, try N.T. Wright’s Surprised by Hope.

Dispensational Premillennialism is a relatively new arrival on the eschatology scene. First developed in the mid-eighteenth century by Irish theologian John Nelson Darby, it was popularized in the United States through the Scofield Bible, schools like Moody Bible Institute and Dallas Theological Seminary, and, notably, popular works like Hal Lindsay’s The Late Great Planet Earth and the Left Behind series.

Arguably, the dispensational view is the most complicated of all the eschatological systems.

· According to Charles Ryrie, Dispensational Premillennialists “[view] the world as a household run by God. In this household-world, God is dispensing or administering its affairs according to His own will and in various stages of revelation in the passage of time” (emphasis mine).

· Dispensationalists name these ‘various stages’ dispensations, many agreeing that there are seven of them. Benware names these dispensations pre-fall, conscience, government, patriarchal, Mosaic, church, and millennial, though others define them differently.

· When God introduces a new way of ‘administering his affairs,’ a new dispensation begins. For example, Jesus’ death and resurrection is the transition point between the Mosaic and church dispensations. The Second Coming of Christ marks the change from the church to the millennial dispensation.

· Dispensationalism draws a distinction between how God will deal with the church and how God deals with Israel.

· It also insists that believers will not experience the seven-year Tribulation, described in Revelation 7:14, and by Jesus in Mathew 24:21 and 29. Instead, a rapture will remove believers from Earth before the trouble begins.

· The Final Judgement will take place after the thousand-year reign of Christ, after which eternity will begin.

“Historical” premillennialism is so called because it is the earliest Christian view of the end times. The majority of early church fathers had a historical premillennialist eschatology until roughly the fourth century, when amillennialism became the official teaching of the Roman church.

· Like dispensationalists, historical premillennialists believe the second coming will occur before the literal millennium reign of Christ reign on earth.

· Unlike dispensationalists, however, historical premillennialists believe that the church will experience the tribulation but will find relief when Christ comes again in his power and glory.

· For more information on historic premillennialism, including covenant theology, look for A Case for Historic Premillennialism, edited by Craig L. Blomberg and Sung Wook Chung.

According to Benware, postmillennial theology assumes that Christ’s Second Coming will happen after the millennium; generally, postmillennialists see the 1000-year period mentioned in Revelation as a figurative, not literal length of time.

· Postmillennialism is an essentially optimistic view of the world.

· It assumes that humans can bring forth the millennium through evangelism, good works, powerful social movements, or even science, after which Jesus would return, ushering in eternity.

· Puritans such as Jonathan Edwards held early postmillennialist views, believing that the Puritan settlements in colonial America would end in a golden age. But later, World War I’s horrors quelled that optimism, and other views of the end times mostly overtook the view.

· John Walvoord, a noted dispensational theologian, names Walter Rauschenbusch as an important postmillennial theologian from the past century.

· Rauschenbusch’s Theology for the Social Gospel, originally published in 1917, includes a chapter on his views on eschatology.

Where Shall Our Hope Take Us?

I’ll be honest: sometimes, eschatology frightens me, leaving me anxious and afraid. Like all of our theology, our views on the end times should produce in us the fruit of the Spirit, such as peace, kindness, goodness, and self-control.

It’s important that we lift up all of our theological viewpoints to God, asking for clarification, peace, and guidance. Like most theology, we see God’s reality through a glass, darkly. Even if we feel perfectly clear on our eschatological viewpoints, we must remain open to God’s mystery, provision, and ability to surprise us.

Christ tells us to be awake and aware to his second coming; this theology matters. Still, he calls on us not to worry about tomorrow, and reminds us that the most important commandment is to love God and our neighbor. As we consider what mysteries the future holds, let’s spur each other on to loving God faithfully in the here and now.

Heather Caliri is a writer from San Diego who uses tiny, joyful yeses to free herself from anxiety. Tired of anxiety controlling your life? Try her mini-course, “Five Tiny Ideas for Managing Anxiety," for free here.

NEXT: What Happens after the Tribulation?