Have you ever wondered why America as a nation celebrates the 4th of July with such spectacular firework displays?

It all started on July 4, 1776, when the Continental Congress declared independence from Great Britain. It occurred during the 18-century American Revolutionary War, often referred to as the American War of Independence between Great Britain and its Thirteen Colonies (April 19, 1775-September 3, 1783). It was a war that ultimately gave birth to what many consider the greatest nation in the world, the United States of America.

Jerry Newcombe, Historian and author writes in his book American Amnesia, that it was John Adams who said about this event, “I am apt to believe that it will be celebrated, by succeeding generations, as the great anniversary festival. It ought to be commemorated, as the Day of Deliverance by solemn Acts of Devotion to God Almighty. It ought to be solemnized with Pomp and Parade, with Shews, Games, Sports, Guns, Bells, Bonfires and Illuminations from one end of this continent to the other from this time forward forever more.”

Yet in the brilliantly lit 4th of July celebrations, many Americans have lost sight of how the Hand of God helped to establish America’s freedom.

Historian and author William J. Federer’s writing featured in Miracles in American History: Amazing Stories of Answered Prayer by Susie Federer, explains how leading up to the signing of the Declaration of Independence, George Washington experienced the Hand of God on his life. 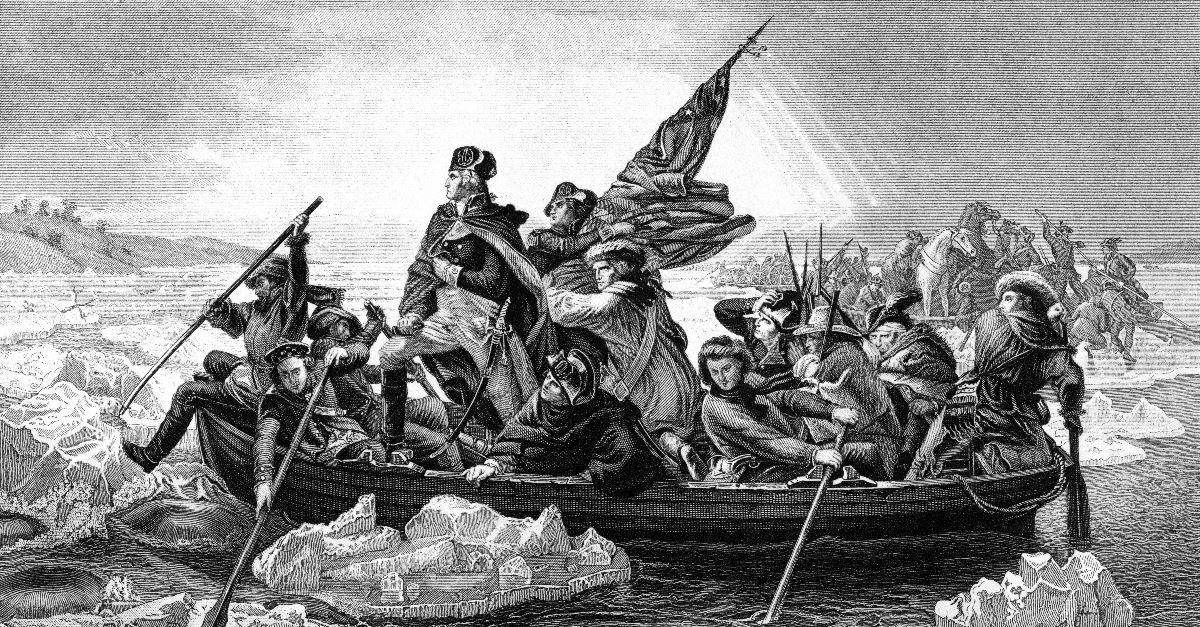 In a July 18, 1755 letter written to his younger brother after the Battle of Monogahela, Washington wrote of how his life had been spared “By the All-Powerful Dispensations of Providence, I have been protected beyond all human probability or expectation; for I had four bullets through my coat, and two horses shot under me, yet escaped unhurt, although death was leveling my companions on every side of me!”

Federer quotes an Indian warrior who later declared, “Washington was never born to be killed by a bullet! I had seventeen fair fires at him with my rifle and after all could not bring him to the ground!”

Federer highlights the role fasting played in helping America to establish its freedom. He discusses how the Founding Fathers demonstrated their belief in God by calling the colonists to “Humble yourselves before the Lord, and He will lift you up” (James 4:10).

They led the nation in following 2 Chronicles 7:14. “If my people, who are called by My name, will humble themselves and pray and seek My face and turn from their wicked ways, then I will hear from heaven, and I will forgive their sin and will heal their land.”

Below are listed a few of the fasts led by colonists leading up to July 4, 1776.

On March 31, 1776, Federer writes that General Washington wrote his brother John Augustine Washington, stating “General Howe had trapped the American troops on Brooklyn Heights with their backs against the sea. That night Washington made the desperate decision to evacuate his entire army by ferrying it across the East River to Manhattan Island.”

Washington continued, “The sea was boisterous where the British ships were, but providentially calm in the East River allowing Washington’s boats to transport troops, horses, and cannons. As the sun began to rise, half of the American troops were still in danger, but a ‘Miraculously’ thick fog lingered blocking the evacuation from being seen by the British.” 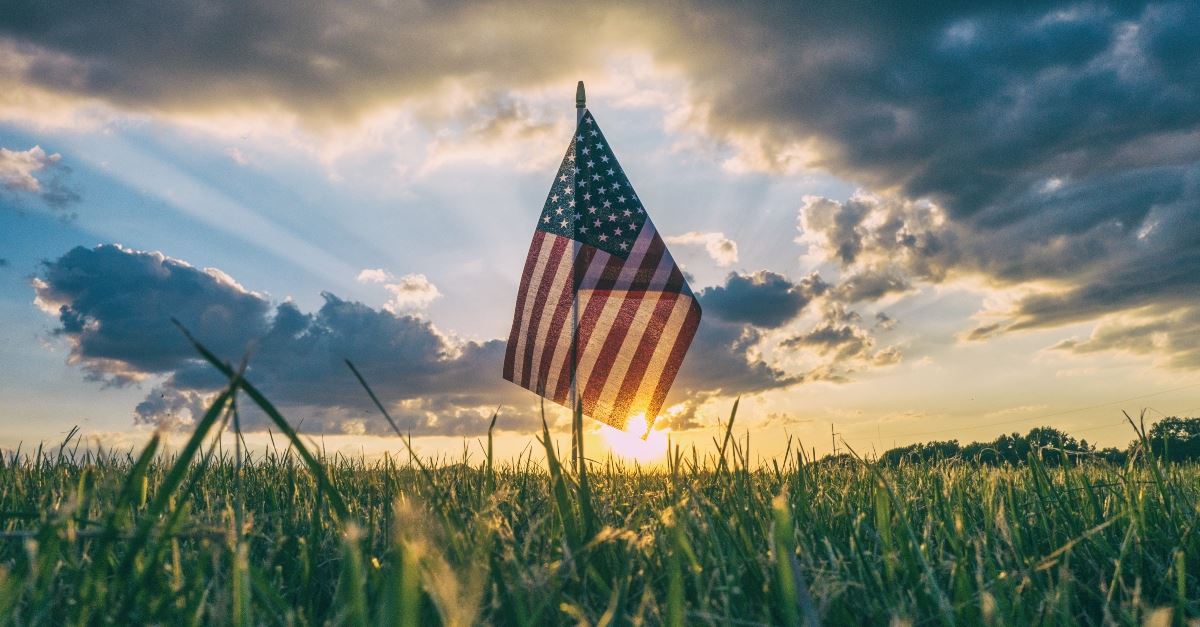 Federer adds that “Major Ben Tallmadge, Washington’s Chief of Intelligence, wrote: As the dawn of the next day approached, those of us who remained in the trenches became very anxious for our own safety, and when the dawn appeared there several regiments still on duty.”

Tallmadge continued describing, “At this time a very dense fog began to rise off the river, and it seemed to settle in a peculiar manner over both encampments. I recollect this peculiar providential occurrence perfectly well, and so very dense was the atmosphere that I could scarcely discern a man at six yards distance. We tarried until the sun had risen, but the fog remained as dense as ever.”

Washington was on the last boat to leave Brooklyn Heights explains Federer. “The British never again had such an opportunity to capture the entire American army at one time. Had the Americans not been able to evacuate, they would have been captured and Washington would have been hung. America would have continued as just another colony in Britain’s expanding global empire, along with India, Kenya, Egypt, South Africa and Australia.”

Newcombe writes, “No wonder during and after the war, George Washington said repeatedly how grateful he was to God for our incredible victory.”

The Continental Congress consisting of fifty-six men representing some three million British colonists, voted to approve the Declaration of Independence. Newcombe points out how doing this meant certain death for all of them if it failed. Without faith in God, their situation would have looked impossible to everyone involved, because they were essentially signing their death warrants.

“The founders of America trusted God and broke away from the most powerful king on the planet—the King of England,” states Federer.

Their vote meant defying the strongest nation on earth, one who could easily wipe out the American colonies’ rebellion. So great were the odds against the colonists that Newcombe writes, when Ben Franklin signed the document, he declared, “We must all hang together or most assuredly we shall hang separately.”

“What makes the Declaration so revolutionary?” asks Newcombe. “Above all, it says that our rights come from God.”

As written in the second paragraph: “We hold these truths to be self-evident, that all men are created equal, that they are endowed by their Creator with certain unalienable rights, that among these are Life, Liberty and the pursuit of Happiness.” 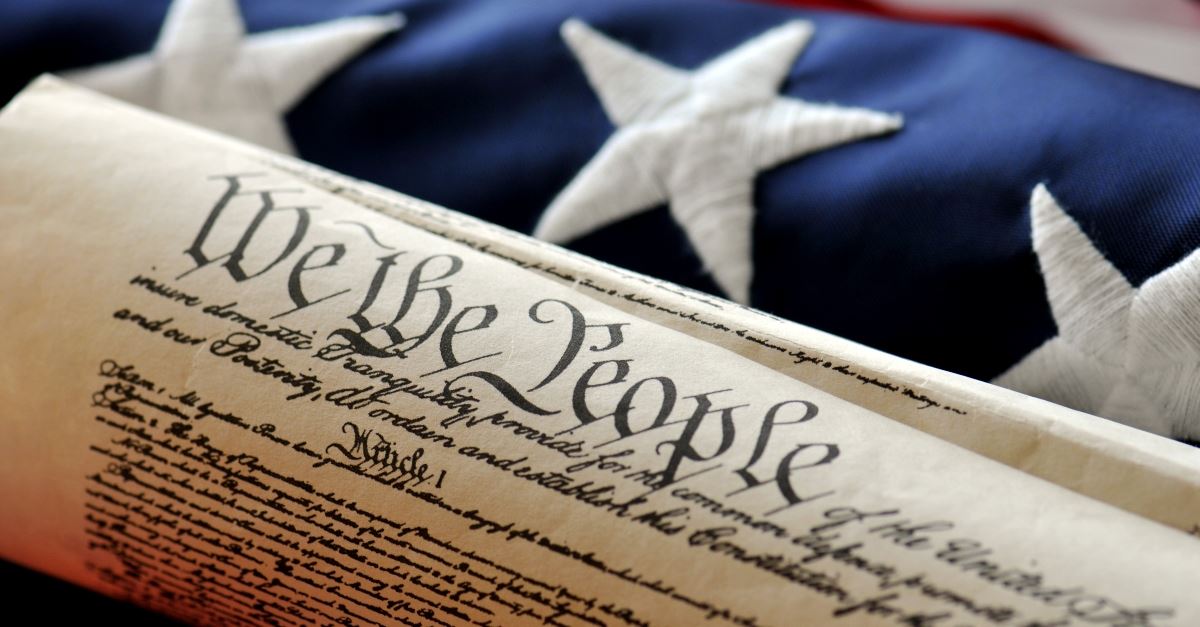 Newcombe highlights how President John F. Kennedy expressed it so well in his 1961 Inaugural Address stating: “The same revolutionary beliefs for which our forebears fought are still at issue around the globe—the beliefs that the rights of man come not from the generosity of the state, but from the hand of God.”

The foundation for America’s past, present, and future has been our God-given rights given to us through Jesus Christ, believes Newcombe who explains, “The essence of Americanism is God-given rights to ‘We the people.’”

Newcombe notes how Ben Franklin, in his June 28, 1787 speech about the colonists’ quest for freedom said, “In the beginning of the contest with Great Britain, when we were sensible of danger, we had daily prayer in this room for divine protection. Our prayers, Sir, were heard, and they were graciously answered. All of us who were engaged in the struggle must have observed frequent instances of a superintending Providence in our favor.”

Newcombe also writes about President George Washington, “In his First Inaugural Address, our first president said, ‘No people can be bound to acknowledge and adore the Invisible Hand which conducts the affairs of men more than those of the United States. Every step by which they have advanced to the character of an independent nation seems to have been distinguished by some token of providential agency.’”

America’s founders recognized the mighty Hand of God in their fight for the freedom, the freedom we still celebrate today.

Lynette Kittle is married with four daughters. She enjoys writing about faith, marriage, parenting, relationships, and life. Her writing has been published by Focus on the Family, Decision, Today’s Christian Woman, kirkcameron.com, Ungrind.org, StartMarriageRight.com, and more. She has a M.A. in Communication from Regent University and serves as associate producer for Soul Check TV.

Recently On Fourth of July