What Is St. Patrick's Day?

When, on this day, March 17, 1737, the Charitable Irish Society of Boston held a St. Patrick's Day celebration, it seems to have been the first in America. Since then, St. Patrick's Day celebrations across the United States have been full of leprechauns, the wearing of the green, and the celebration of all things Irish. In all the fun and frolic, the true Patrick (who probably died between 455 and 493) can easily be forgotten.

From the seventh through the ninth century, legends and myths gathered around Patrick's name.  The best-known is that he drove the snakes from Ireland.  From the start, he was regarded as a saint and has long been venerated as the patron saint of Ireland.

Who Was St. Patrick?

Dates and details in Patrick's life are not known with certainty. He was most likely born between 372 and 390, possibly near present day Glasgow, Scotland. His parents, Calpurniun and Conchessa, were leaders of the Christian community in the still unidentified village of Bannavem Taburniae. Patrick did not take the Christianity of his parents seriously and enjoyed having fun with his friends. One day, when he was sixteen, he was amusing himself near the sea when Irish pirates captured him. They sold Patrick as a slave to an Irish chieftain named Milchu. His job? To care for the chief's sheep.

Alone in the fields with the sheep, Patrick remembered the Christianity of his parents, and he accepted it as his own. He later wrote,

I was sixteen years old and knew not the true God; but in that strange land the Lord opened my unbelieving eyes, and although late I called my sins to mind, and was converted with my whole heart to the Lord my God, who regarded my estate, had pity on my youth and ignorance, and consoled me as a father consoles his children...The love of God increased more and more in me with faith and the fear of His name. The Spirit urged me to such a degree that I poured forth as many as a hundred prayers in one day. And even during the night, in the forests and on the mountains where I kept my flock, the rain, and snow, and suffering which I endured, excited me to seek after God...

Six years later, Patrick managed to escape and returned to his family. In a dream, he saw Irish children pleading with him to bring the Gospel to them. "O holy youth, come back to Erin, and walk once more amongst us." His heart longed to return to his former captors and share with them the gospel of Jesus Christ. He trained for the ministry and returned to Ireland where, despite fierce opposition, he spread the story of Jesus among the pagan tribes in the Irish language he had learned while a slave.

During his 29 years as a missionary, St. Patrick baptized over 120,000 Irishmen, and established over 300 churches. His glorification of God even gave rise to the legend that he drove the snakes out of Ireland. Many versions of the tale exist, including his standing atop a cliff using a wooden staff to drive the snakes into the sea. But St. Patrick's ministry was nonetheless effective as he transformed a nation of idol worshippers by baptizing the masses and their leaders in the name of God.

St. Patrick died on March 17th, 461 in Ireland. It's been recorded that his favorite color was actually blue, he wore it all the time, yet green became the choice for the celebration of St. Patrick's Day since it's now the official color of Ireland.

Linked from 5 Things You Didn't Know About St. Patrick - Video 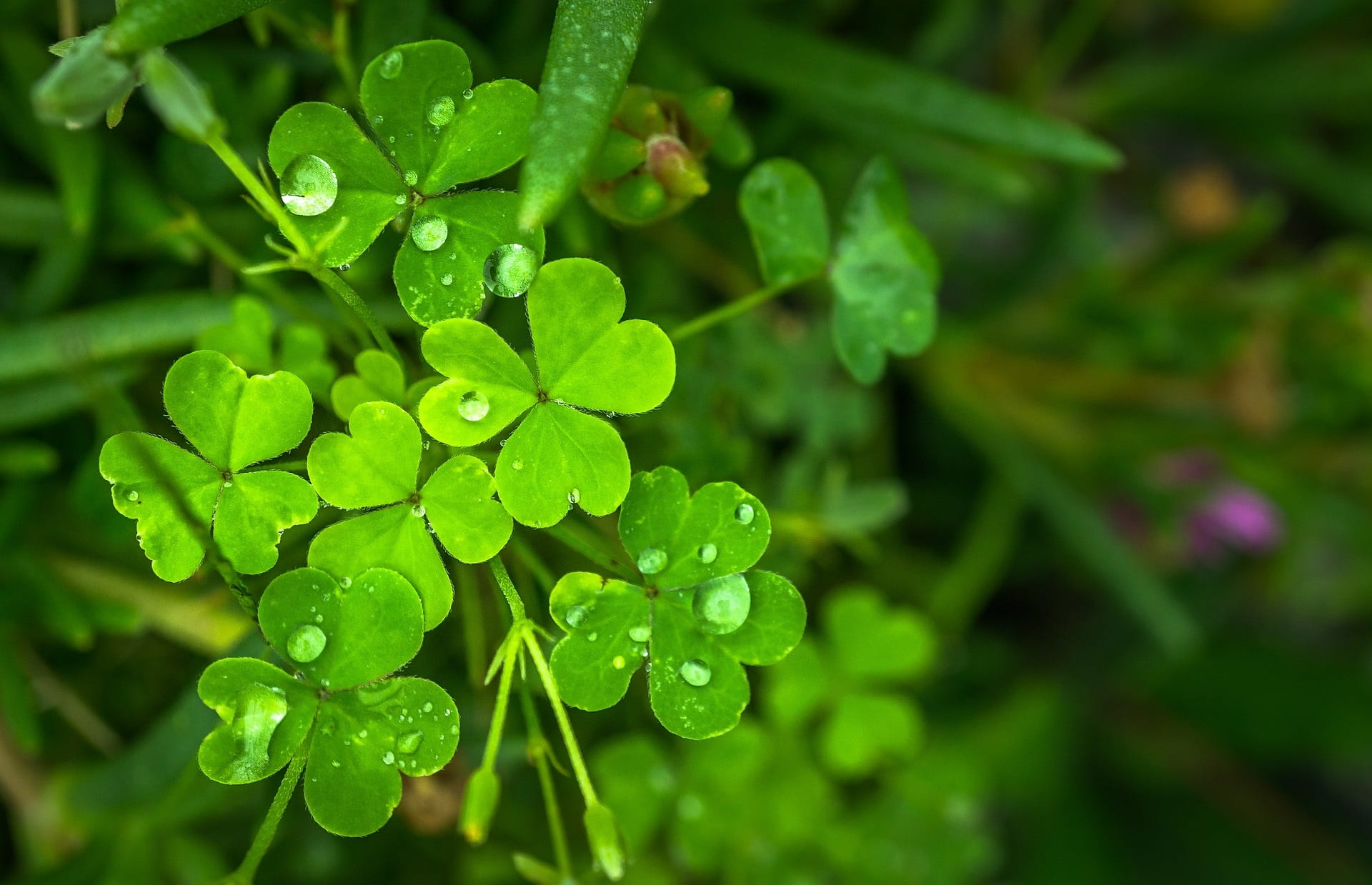 Popular culture confuses the shamrock with the four-leafed clover and the "luck o' the Irish" it accompanies. In fact it was the three-leafed shamrock that gained celebrity as one of St. Patrick's most persuasive props.  History tells us that St. Patrick used the 3 leaved clover to teach about God the Father, Jesus the Son, and the Holy Spirit - how they are one, yet 3.

The earliest showing of a connection between St Patrick and the shamrock appears in 1675 on the St Patrick's Coppers or Halpennies. These displayed an image of St Patrick giving a sermon to a crowd while holding a shamrock, presumably to illustrate the concept of the Holy Trinity. 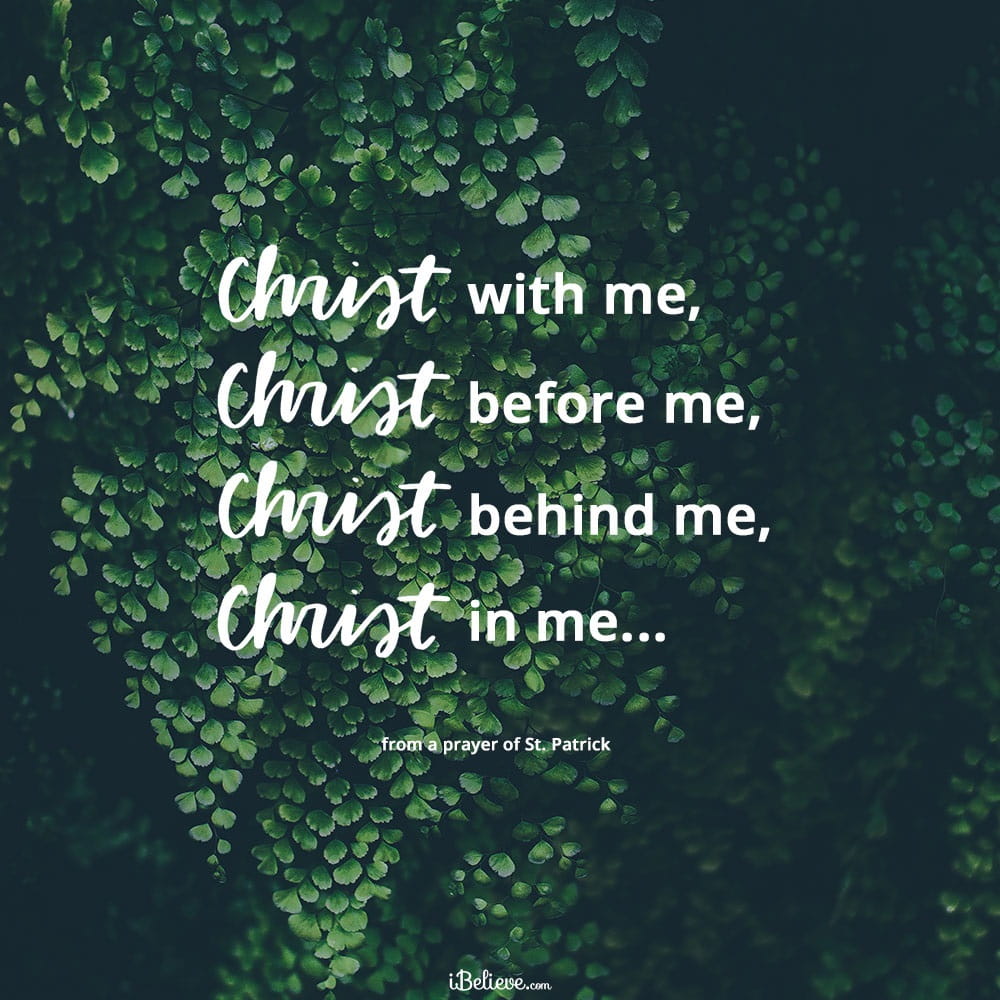 In 433 A.D., history tells us that St. Patrick was praying for God’s divine protection in his work and ministry in Ireland while facing powerful enemies. He wrote this prayer called St. Patrick’s Breastplate, which is still widely known and recited today.

Adopted and Edited from the following articles on Crosswalk.com

What We Can Learn From St. Patrick's Life: God's Presence Is Real