History of the Early Christian Church

Who was Henry Alford?

Alford was born in London, England, on Oct. 7, 1810.  He was nurtured by Christian parents and greatly influenced by a grandfather and father who were Anglican clergyman. Their example guided him into a personal commitment to Jesus Christ.

Upon graduation from Trinity College, Cambridge, he began his public ministry in London as theologian, poet and musician. The statement of faith written in his Bible when he was a young man of sixteen was joyfully fulfilled during his life of service.

On November 18, 1827, sixteen-year-old Henry Alford wrote in his Bible: "I do this day, as in the presence of God and my own soul, renew my covenant with God and solemnly determine henceforth to become His, and to do His work as far as in me lies." The rest of his life, this serious and holy young man showed that he meant what he said.

At college, he chummed with the noblest men of his day, among them Alfred Lord Tennyson. One of the deans said, "I really think he was morally the bravest man I ever knew. His perfect purity of mind and singleness of purpose seemed to give him a confidence and unobtrusive self-respect which never failed him." Rejecting participation in the sins that were so common among young men at Cambridge, he became an outstanding scholar. It did not go to his head. For example, he wrote in his journal, "I went up to town and received the Holy Orders of a Priest; may I be a temple of chastity and holiness, fit and clean to receive so great a guest; and, on so great a commission as I have now received, O my beloved Redeemer, my dear Brother and Master, hear my prayer."

Among scholars, he is better known for his commentary on the Greek New Testament, on which he labored for eighteen years. He did much of this work while carrying on the duties of a vicar to the small parish of Wymeswold. It had been neglected and he rebuilt it, visiting every soul in his keeping. One of his major undertakings was a series of Sunday afternoon sermons in which he taught through books of the Bible, explaining their meaning. He had a knack for explaining things in a way the simple people could understand.

For example, explaining that Paul expected Christ to return in his own lifetime, he wrote, "Nor need it surprise any Christian that the apostles should in this matter of detail have found their personal expectation liable to disappointment respecting a day of which it is so solemnly said that no man knoweth its appointed time, not the angels in heaven, not the Son, but the Father only (Mark xiii. 32)."

After many years of hard work, chiefly at Wymeswold, he accepted a position at Canterbury Cathedral that allowed him more time to write. At Canterbury, he began a series of Sunday afternoon services as he had done at Wymeswold. Again these attracted large crowds. His preaching was evangelical. Formal church leaders considered him a bit radical but his good humor and friendliness won their affection. He was notable for being able to see the best points in all Christian positions, however much he might disagree with them.

Henry died rather unexpectedly in 1871. In addition to Bible work and hymns, he edited the poems of John Donne and translated Homer's Odyssey. 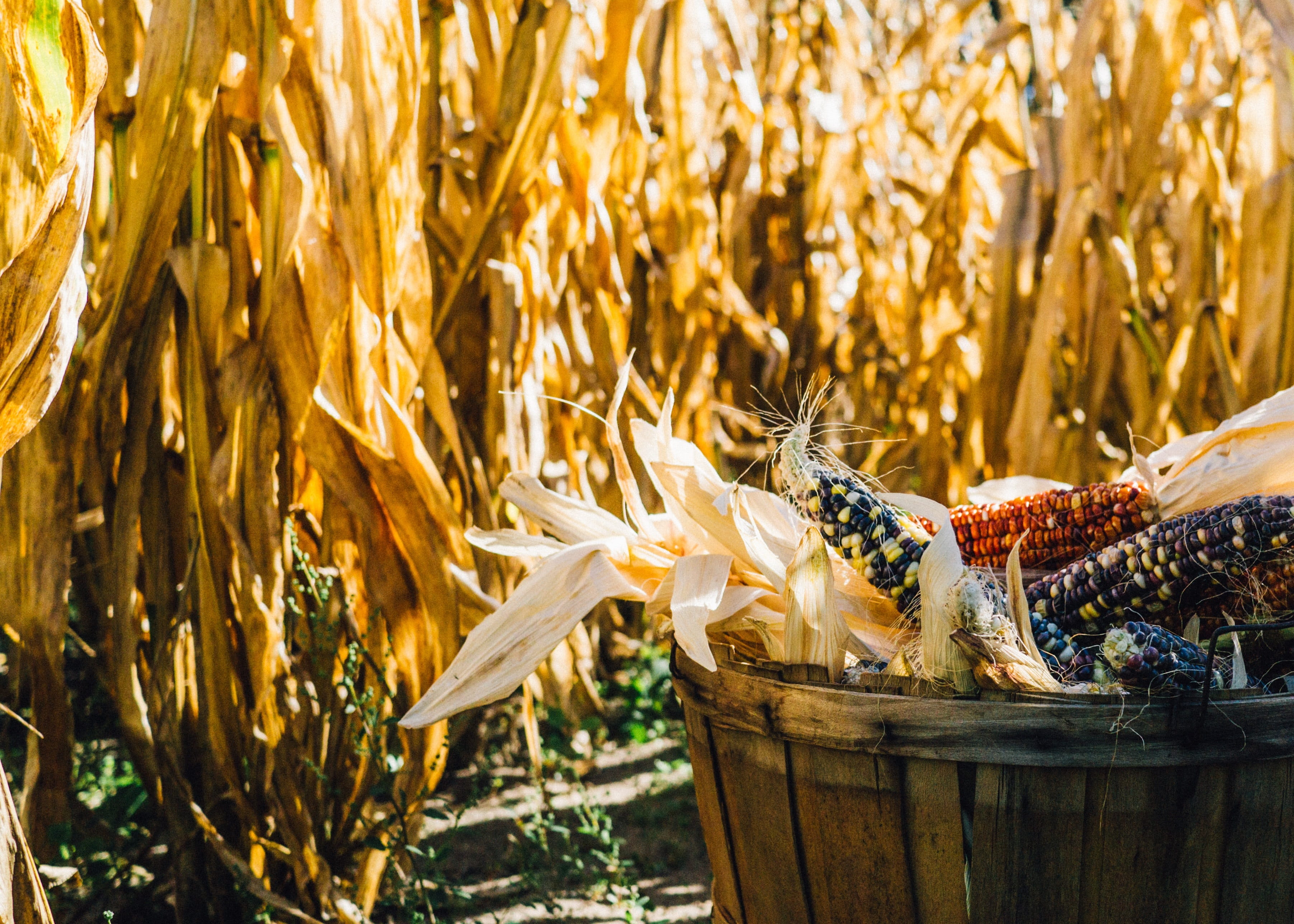 Photo by Aaron Burden on Unsplash

To the person in the pew, Henry Alford is best known as the author of the Thanksgiving hymn "Come Ye Thankful People Come."

Come Ye Thankful People Come was was written to celebrate the beautiful days of harvest festival in the English countryside.

The glory of creation is breathtaking and everyone is invited to join the festivities in loving response to a faithful God:

All the world is God’s own field,
Fruit unto His praise to yield;
Wheat and tares together sown,
Unto joy or sorrow grown;
First the blade, and then the ear,
Then the full corn shall appear:
Lord of harvest, grant that we
Wholesome grain and pure may be.

For the Lord our God shall come,
And shall take His harvest home;
From His field shall in that day
All offenses purge away;
Give His angels charge at last
In the fire the tares to cast;
But the fruitful ears to store
In His garner evermore.

Even so, Lord, quickly come,
Bring Thy final harvest home;
Gather Thou Thy people in,
Free from sorrow, free from sin,
There, forever purified,
In Thy garner to abide;
Come, with all Thine angels come,
Raise the glorious harvest home.

A thankful heart is pleasing to God. Since the beginning of America's history, governors and presidents have declared the necessity of a special day to give thanks. But a specific day was not officially set until 1941, when Congress voted that each fourth Thursday in November would be an official holiday of Thanksgiving.

Let us rejoice and sing praises. Psalms 100 proclaims, "Make a joyful noise to the Lord all ye lands... Enter His gates with thanksgiving."

O God, we enter into a covenant of praise and thanksgiving for the glories of our Lord and Savior Jesus, Christ. There is no greater praise we can offer than the thankfulness that He has come into our hearts. As Christians, we feast on that First Love. All other blessings are dim in comparison. From that relationship flow the blessings of earthly love. In the powerful  name of Jesus, we pray, Amen.

Recently On Beginning of the Christian Church