Julianna Morlet is the girl behind the lifestyle blog, The Girl That Sings. Her blog is focused on her journey as a homemade singer, writer, speaker. If she could sum up who she is in one sentence it'd be, "A visionary idealist who wishes to conquer the world before her 25th birthday." She is the eldest of six children, and is being well-seasoned and fashioned by this life. From sexual abuse, to a blended family, to a baby sister with leukemia, to college in the mid-west and her journey as a homemade singer and worship leader, she has been led to a faith in God that cannot be shaken. You can find her at juliannamorlet.com, Facebook, and Twitter.

When Leading Worship Becomes More Than a Weekend Gig

It was a Saturday night and I was spackling on my "stage make up", readying for another weekend of worship leading. (Side note: I love my job.) I had just dusted my eyelids with a soft salmon color from Sephora, and when I opened them to make sure they were even, I felt like I was looking into someone else's eyes.

They looked tired, weary even, as if they'd been fighting a battle and losing hope.

And they were. Fighting and losing. Or at least that's what it felt like.

I dabbed on extra concealer, curled my hair, lathered on some Chapstick and called it. There's only so much you can do ya know.

That particular weekend I was sharing before the song Forever Reign. It was new(er) to our congregation and as I reviewed my manuscript for my speaking portion, I couldn't hold back the tears.

These words have been true of me time after time and when I came to a place of surrendering control, I began to see God's hand at work in my life. I saw Him for who He was...

I subconsciously worded it from a past tense perspective. As if to say, here's what I learned, now try to learn it too.

But I haven't learned it. It is not something I've mastered and I wept because I knew someone that weekend needed to know that. I wanted so bad to separate myself from what I knew my God was telling me to communicate. I wanted to be the identifier, not the identified.

But I did it anyway. I changed "came" to "come", "began" to "begin", "saw" to "see" and "He was" to "He is". I told them I was stuck in the midst of this very concept, too deep in to turn back, yet too far away from hope to swim faster. I was right there with them, whoever them was. It could have been anybody that day, that didn't matter. What mattered was that they knew they weren't alone and the girl who sings about freedom and hope and peace could relate with their bondage and despair and unrest.

Two months later, at a women's retreat, that someone found me. She came to me, with timidity and tears, and said, "When you spoke, a couple months ago about surrendering to God because of who He is to you, you eluded to your miscarriage and I heard it. It was brief but I know you said those words for me. I needed to hear that someone else felt what I was feeling and that they still worshipped God. But mostly, that I was going to be okay. Thank you."

As a worship leader, you may see a wide array facial expressions and hands in pockets, but you can't see the brokenness that is being mended inside the souls of those faces.

As a worship leader, you may think you're choosing a song or a verse or a hymn because it fits the right key or it's the newest, coolest thing, but you can't see how it is giving words to the groans in someone's spirit.

And this can ripple beyond the Sunday morning setting:

As a co-worker, you may be afraid of what your team mates might think of your encouragement, but you don't know how much they need it that day.

As a neighbor, you never know what a plate of cookies can do for the soul and happiness of a lonely widow(er) or single parent.

As a parent, you may feel like you are showing grace and love to a brick wall most of your adolescent's existence, but you can't predict what they'll remember when life thrashes them around.

As a spouse, the negative may be highlighted in your marriage right now, but you can't yet see just how much your unconditional love and purposeful kindness can change even the hardest of hearts.


Ponder for the rest of the week: How can we be real this weekend?

"Blessed be the God and Father of our Lord Jesus Christ, the Father of mercies and God of all comfort, who comforts us in all our affliction, so that we may be able to comfort those who are in any affliction, with the comfort with which we ourselves are comforted by God. For as we share abundantly in Christ's sufferings, so through Christ we share abundantly in comfort too. If we are afflicted, it is for your comfort and salvation; and if we are comforted, it is for your comfort, which you experience when you patiently endure the same sufferings that we suffer. Our hope for you is unshaken, for we know that as you share in our sufferings, you will also share in our comfort." 2 Corinthians 1:3-7

Related Articles:
Un-Churching Myself
The Sunset Sang Me Home
When I Don't Feel Like Worshipping
The Boy I Met at Starbucks
The Great Worship Debate

It's Time to Stop with Good Intentions 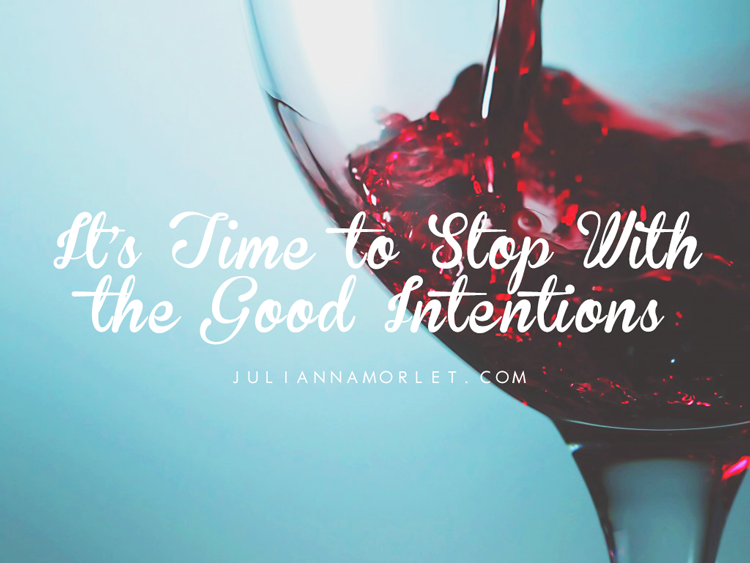 "But a certain Samaritan, as he traveled along, came down to where he was; and when he saw him, he was moved with pity and sympathy [for him], And went to him and dressed his wounds, pouring on [them] oil and wine. Then he set him on his own beast and brought him to an inn and took care of him."

“The samaritan didn’t say, ‘Here’s the wine and oil for your wounds,’ he actually poured the oil and wine.”

Jesus is the Word of God. He is the manifestation of redemption upon the earth. And when He left this earth, He sent “one who is greater” so that we, His Church, could be empowered to do as He did.

He started something so we could finish it.

You are the verb, the action upon Jesus’ word, to somebody in your life. (Click it to tweet it!)

You are the hands that bring healing as you tend to their wounds.

You mouth the words that bring life into someone’s desperate circumstance.

You are the feet that walk beside them, up the hill and down again.

You are the arms that link with the man and woman next to you, forming a fortified army of warriors against a defeated Enemy.

But you can’t just hand them the ointment and wine and peace out.

It's time to stop with the good intentions.

Just as you and I needed God to come down in the form of a man and take our debt upon His back, they need you to pour it out for them.

Yes, there are safe boundaries. Yes, there are limits. Yes, enabling is a real thing to be aware of. But the line is further up than we think.

So who is in your life, right now, whose wounds have them pinned to the ground? Who in your life needs you to pour the oil and wine of healing?

Let’s invite them into our homes, our families, our churches, our sisterhoods or brotherhoods. Whatever that looks like, let’s do it soon.

[Jesus] took the cup, after supper, saying, “This cup is the new covenant written in my blood, poured out for you.”

Sundays are for Worship 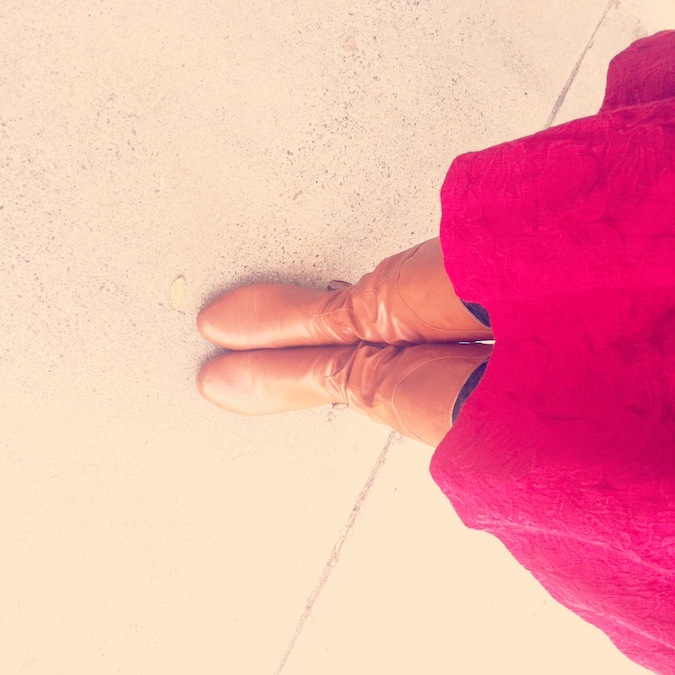 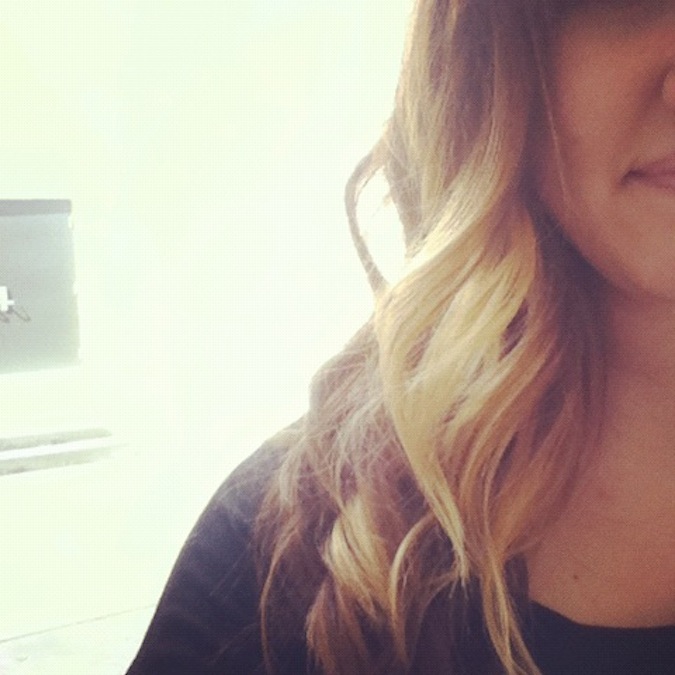 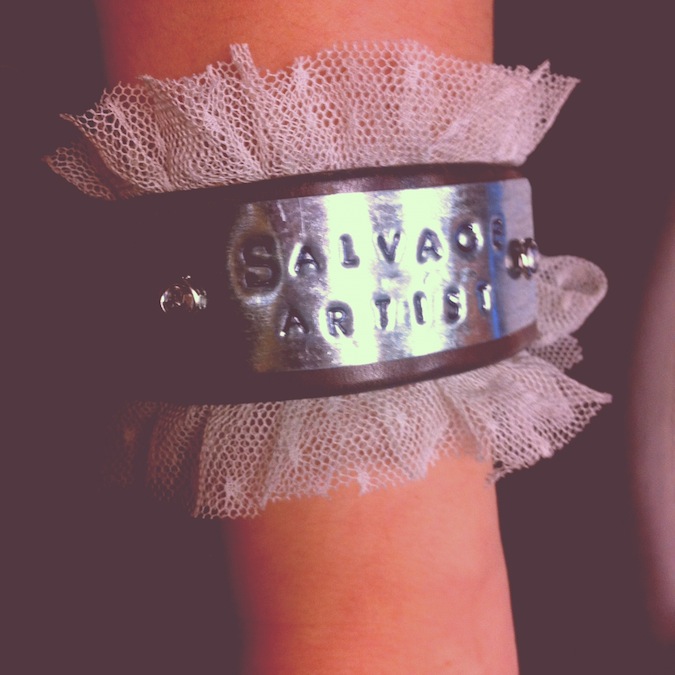 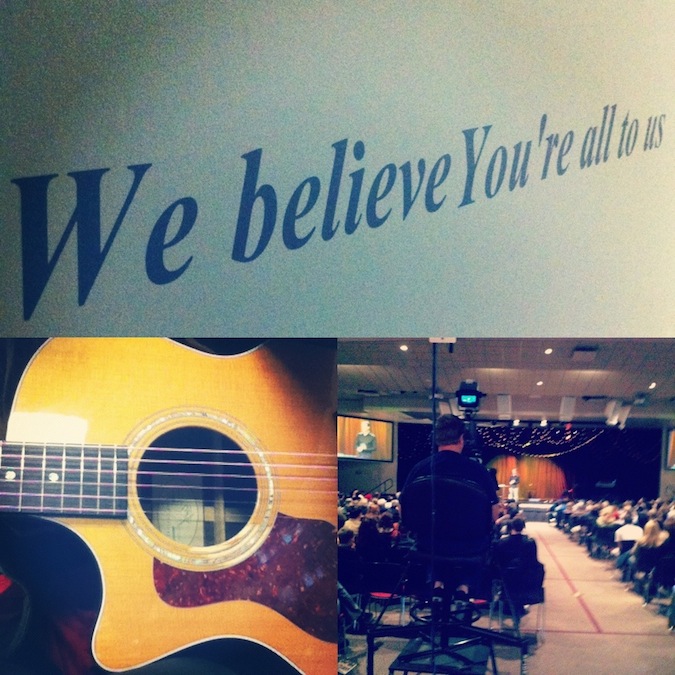 *This setlist was formed by the worship team of Rancho Community Church but we don't own it. Copy away :)

I went away last weekend to find my mind. Lost it amidst the girls conference and some personal trials. So I sent myself away from all civilization and begged God to meet me.

It sounds way more spiritual than it actually was. My prayers weren't polished or refined. There was a lot of incomplete sentences and ugly crying.

But let me tell you, He met me.

Some of you might be in that place today, where you need to hear from God.  You're praying for a sign or grasping for answers and we're here, as the Family of God to remind you of who we know God to be.  We're here to come around you and pray with you and worship around you , reminding you to run, run full speed into His arms. Because nothing, I promise you that nothing compares to His embrace.