What was life under the law even like? Let me tell you a story about a fictional man named Jacob. He lived in old covenant times during the wilderness wandering, and he was familiar with the system of animal sacrifice. Under this system, he measured his life with God on a scale of -10 to 0.

Most days, Jacob hovered at a -2. But at the well one day, he saw Sarah. She should have married me instead, Jacob thought. And as he walked home, he imagined what it would have been like to be Sarah’s husband. Only when he arrived home and greeted his own wife did he recognize his sin. Jacob had broken the law and coveted his neighbor’s wife. Now he was a -3.

How could he move toward 0 again?

God provided one day a year for this to happen, the Day of Atonement. On this day the priest would sacrifice one goat for the sins of Israel, and then he sent another goat – the scapegoat – into the wilderness as a metaphor. But until that day came, Jacob had to keep a mental record of his sins, so he could take them before the Lord and be cleansed.

Finally, the Day of Atonement came. Jacob watched the goat walk away and thought, There goes my coveting. In his mind, he’d moved back to -1 – until the next sin. Who knows where he’d be on the scale in another year?

Hebrews tells us, “It is impossible for the blood of bulls and goats to take away sins” (10:4).

And again, “The law… can never, by the same sacrifices repeated endlessly year after year, make perfect those who draw near to worship” (10:1).

The cycle of sin and sacrifice failed to make Jacob perfect. No matter how many sacrifices Jacob made, the furthest upstream he could travel was -1. He’d always fall short of forgiven, much less perfection.

And this was unacceptable to God who desires uninterrupted access to His people. So God sent Jesus to solve the problem of perfection. When Jesus came on the scene, the scale shifted – but not in the way many of us think.

Lord, how long have I allowed sin to define my life in You? I praise You for redefining me! Show me this new and better way of indestructible forgiveness. Amen. 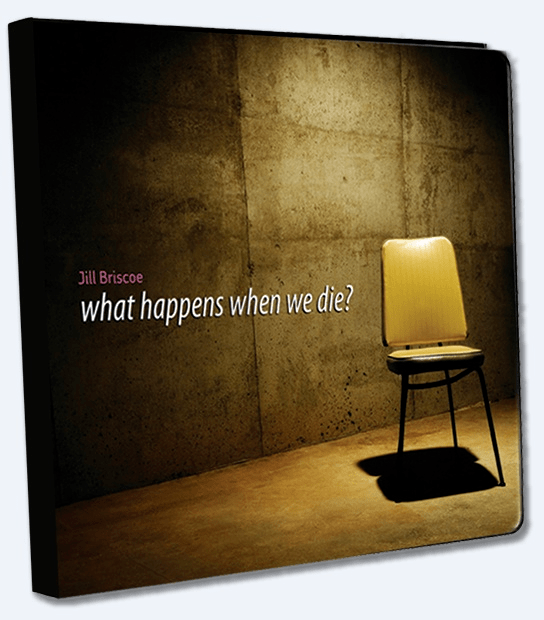 Step into Eternity with Confidence!

This powerful resource from Jill Briscoe shows you what the Bible says about life after death and how you can step into eternity with confidence. Request your copy when you give today to help more people experience Life in Christ!