The Tribulation and End Times

The Tribulation and End Times 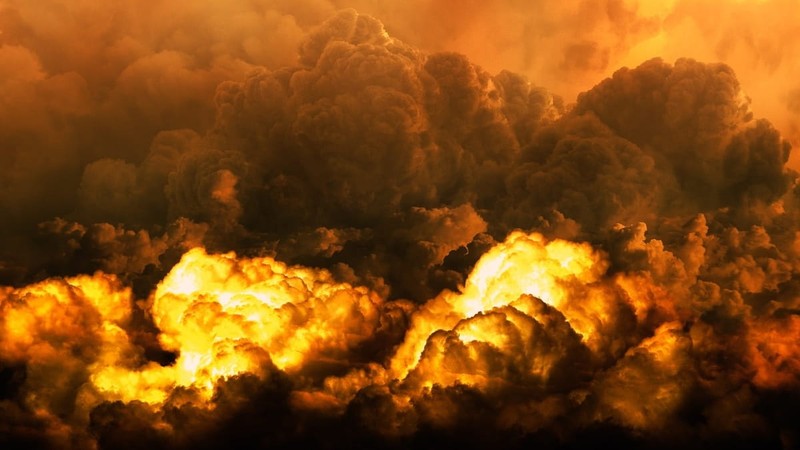 In Luke 21 Jesus preaches a sermon about the End of the World. The end of the world is easier to comprehend when we can compare it to the world around us. That is what Jesus does. He points to things they knew and said amplify that, multiply that-exponentially, then you will understand what is coming. Basically Jesus describes a Global Final Holocaust-not merely of Jews and Christians-but of humans!

Within that message is what amounts to a survival guide to believers who have to exist during the Final Holocaust.

Will Christians Experience the Great Tribulation?

Although the believers He is addressing are Tribulation saints, Jewish believers, and those saved through the ministry of the 144,000 Jewish evangelists and the Two Witnesses-the lessons have deep implications for us living in the days just prior to those events.

For us today, Christ's words are a call for us to be ready for the onset of the worst time in history. It will begin after the Church is raptured, but the climate of the Tribulation is already here. Are you prepared to survive the storms before the final storm?

Several years ago across the world, dignitaries marked the 60th Anniversary of the liberation of the grisly death camp complex called Auschwitz.

Hitler's Holocaust, horrible as it was murdering over six million Jews alone—pales when compared to the Final Holocaust. Briefly, here are the facts:

About 1.5 million people died at Auschwitz, of whom about 1.2 million were Jewish. That means that 1/5th of the six million Jews exterminated by Hitler died in this complex. Other groups of people who died included Polish political prisoners, Soviet prisoners of war, Gypsies, people with disabilities and prisoners of conscience or religious faith. The complex contained three camps and at least 36 sub-camps which were built outside the town of Oswiecim, on an isolated 40 sq km site, between 1940 and 1942.

There is an incredible comparison that can be drawn from Auschwitz and the Great Tribulation.

• Most scholars see the first half of the seven year final period of the earth's history to be relatively normal. It is the second half that seems to have the incredible destruction, demon armies and death. So in Bible terms, the Great Tribulation lasts 3 ½ years or 42 months.
• Auschwitz opened its doors to death by gas chamber on September 3rd 1941. The advance of the Soviet Army closed down the camp on January 27th 1945. The death camp of the Holocaust was operating for 3 ½ years or 42 months.
• So the death camp at Auschwitz and the Great Tribulation last almost exactly the same length of time. That is where the comparison stops. The Final Holocaust is so terrifying, so deadly, so inescapable that God personally steps in to stop it lest not one human be left alive!

Events of the Tribulation

A brief look through the pages of Revelation chapters six, eight, nine, and sixteen--describe the living hell you can avoid if you are saved this morning. Here are only a few of the dreadful disasters that take place during the Tribulation:

But that means we are gone and will escape everything, right? Yes, exactly, we will miss every part of the TRIBULATION, but we will probably go through some of the worst days we have ever seen before it starts. And that is what Jesus is pointing out to us in Luke 21 where we open in God's Word today.

In Luke 21 we see the end of everyone's life as it was. Time stops. Life ends. Nothing is the same again. Christ's Coming simply reveals what people have been all the time. Paul tells us later that "each man's work will become manifest, for the Day will disclose it" (1 Corinthians 3:13).

Remember what we have already learned from Luke 21:36. - "Watch therefore, and pray always that you may be counted worthy to escape all these things that will come to pass, and to stand before the Son of Man."

The dangers Jesus warned of are what His church has faced from the beginning. There have always been deceiving teachers, persecution, and disasters. But what He says is that each of these areas will increase and intensify as Christ's Coming draws near.

There will be religious deception (Luke 21:8). "Be not deceived!" is Christ's admonition to us, and we must take it to heart.

Luke 21:8 And He said: "Take heed that you not be deceived. For many will come in My name, saying, 'I am He,' and, 'The time has drawn near.' Therefore do not go after them.

Use these Scriptures to gain wisdom and understanding of the End Times and to witness to those around you! How great a message we have for those who can escape the Great Tribulation!

Battle of Armageddon
Tribulation
Signs of the End Times
The Four Horsemen of the Apocalypse
The Seventh Seal Opened
What Is the Death Angel?