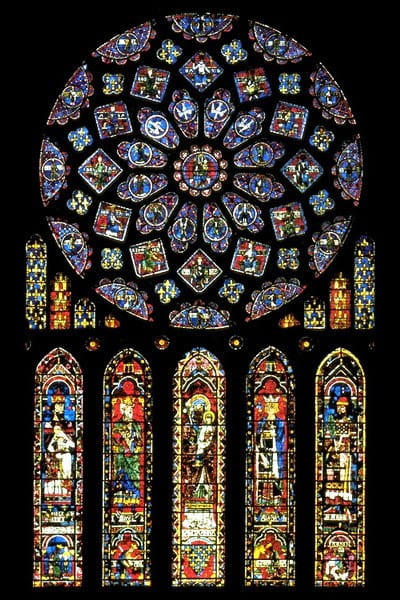 If you ever get a chance to visit Paris, you will be tempted to spend every minute walking alongside its canals, getting lost in the Louvre or exploring the back alleys of its many quarters (I’m personally fond of the Cour du Commerce St-Andre in St-Germain). If you take a day trip away from the famed city, you will undoubtedly be lured to nearby Versailles to see the opulent decadence of Louis XIV.

But when you go, leave early enough to reboard the train after lunch for another stop or two, in order to come to the little village of Chartres (pronounced shar-tras) just 40 miles or so southwest of Paris.

If you do, you will experience one of the most holy places I have ever entered, and the site of millions of pilgrims who share my feelings.

The site of the church has been considered hallowed ground for many centuries, akin to such sites as Stonehenge, though we don’t know why. You can take tours into its crypt and discover the ancient druid site the church rests over, along with a well that dates back to those times.

There is some evidence that a church existed there as early as the 4th century. A fire in 1020 destroyed the building; it was rebuilt, only to be enveloped by fire again in 1194. When it was rebuilt from those ashes, what is arguably the world’s most beautiful, and perhaps most sacred, cathedral was built.

Yet if you have heard of it at all, it would probably be because of its stained glass, considered to be the most beautiful of its kind that has ever been created.

Chartres actually holds more than 8,000 images in various mediums – a “pictorial encyclopedia encased in a stone binding” portraying “the whole drama of the Redemption, from the Creation to the Last Judgment.”

Today we are used to sight-and-sound extravaganzas; as Colin Ward notes, “We can only imagine how much more miraculous the windows of Chartres must have been for the pilgrims of the Middle Ages, accustomed to daylight, candlelight or rush-light, when they first encountered this incredible light show.” The dazzling mixture of blue and ruby “seem to fulfill an active part in cathedral ritual – an incense of color.”

When you first enter Chartres, you will want to look up and around at the famed stained glass. The rose window above the main portal dates from the 13th century, and the three windows beneath it contain what is arguably the finest examples of 12th-century stained-glass artistry in the world.

The oldest window, and I think the most beautiful, is the Notre-Dame de la Belle Verriere (Our Lady of the Lovely Window), in the south choir.

But don’t forget to look down.

There you will see an ancient prayer labyrinth on the floor. Historians assume it was placed there as a final penance for pilgrims who, it is believed, had to traverse its length on their knees. There was once a copper plaque in the center of the maze, now lost to time. Based on a description of its contents by an 18th-century scholar, the labyrinth portrayed man’s path to God, not after death, but now, while here on earth. 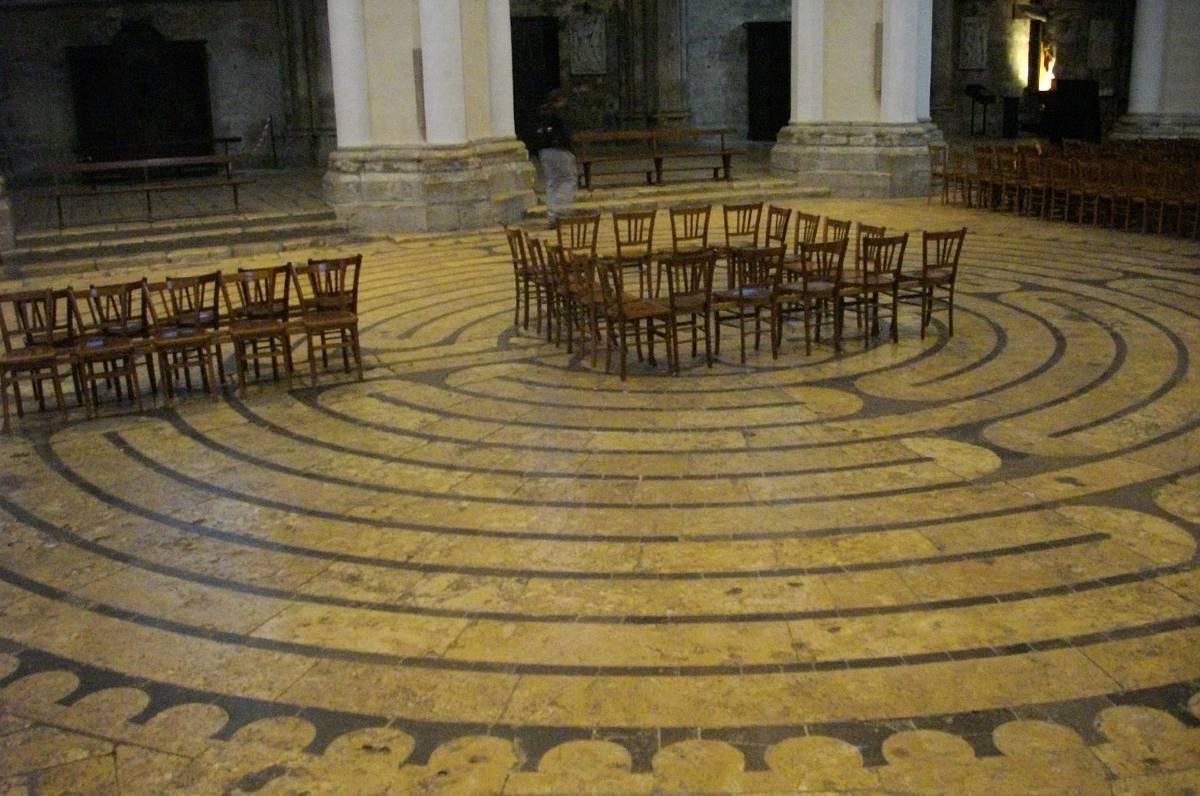 I went there to see the famed windows, but this is what I have returned for time and again. I find entering any of the medieval cathedrals of Europe a moving experience, but none are more affecting than Chartres. Stone floors, vaulted ceiling, darkened interior... it transports you back in time and calls you to a sense of reverence and reflection. “To enter Chartres is to enter an ethereal, glowing ambience.” Chartres offers a fresh and enduring encounter with the sacred – not simply as a foretaste of the life to come, but as a challenge to the life at hand.

We need a sense of the sacred in our day and, from it, the holy. Even more, we need the sanctified lives it reminds us to live. When people spend time with us as Christians they should sense something about us that is not of this world, a life that holds something they do not possess. Sadly, there are few such encounters. Yet when I am in Chartres, I encounter that otherness in ways that overwhelm my senses.

And it affects me. 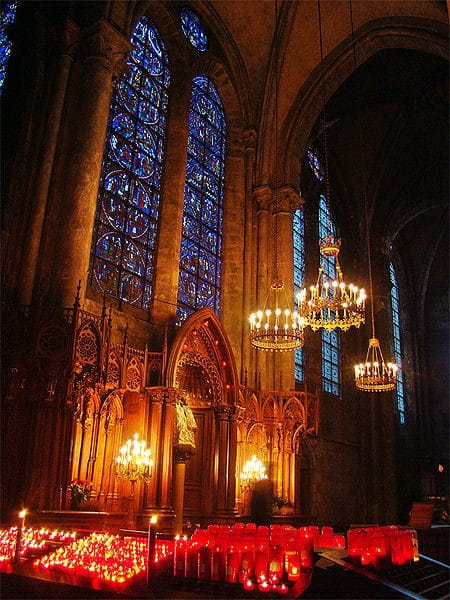 I am driven to pray. I want to reflect, to go deep. I don’t want to leave, for there I find myself longing to be the person I seldom am. It makes me want to lead a more holy life, because I am face to face with such a clear sense of the holy.

I know, it shouldn’t take a building to do this to my inner world. But God has made us sensate creatures, and given us the gift of the arts – and architecture – to both create and to inspire.

Of course, the greatest creation for inspiration is creation itself. A vast ocean, a breathtaking mountain peak, a babbling brook, a bird in flight.

But no matter where we find it, or what resonates most with our soul, we should enter such places as regularly as we can.

And then they enter us.

Timothy Thibodeau, “Western Christendom,” in The Oxford History of Christian Worship, ed. by Geoffrey Wainwright and Karen B. Westerfield Tucker

James Emery White is the founding and senior pastor of Mecklenburg Community Church in Charlotte, NC, and the ranked adjunctive professor of theology and culture at Gordon-Conwell Theological Seminary, where he also served as their fourth president. His latest book, The Rise of the Nones: Understanding and Reaching the Religiously Unaffiliated, is available on Amazon. To enjoy a free subscription to the Church and Culture blog, visit ChurchAndCulture.org, where you can view past blogs in our archive and read the latest church and culture news from around the world. Follow Dr. White on Twitter @JamesEmeryWhite.