Getting Ready for College

Getting Ready for College 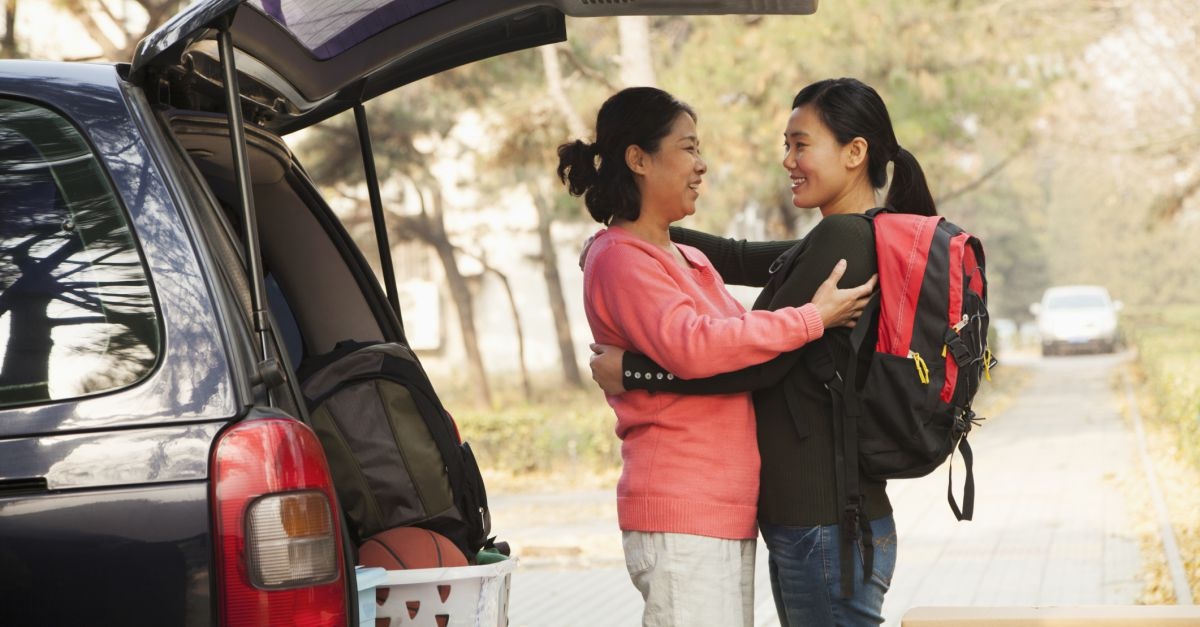 According to recent studies, almost half of all American college students will abandon their Christian faith during their undergraduate years.

It would seem to be far more than simple rebellion against an upbringing, or honest intellectual exploration.

It would seem the school environment itself is the culprit.

The Fuller Youth Institute found that almost a third of college students say their institute of higher learning is not helpful in keeping or growing their faith.  Most universities would say that examining one’s faith in an intellectually stimulating environment such as a college or university should lead to a deeper understanding of the theological moorings of a childhood faith.

But that’s not what is happening.

According to the research of political scientists Robert P. Putnam and David E. Campbell, “Young Americans are dropping out of religion at an alarming rate of five to six times the historical rate (30 to 40 percent have no religion today, verses 5 to 10 percent a generation ago).”

Another study found with each year of education, there is a 15% increase that the student will believe that there’s “truth in more than one religion” and believe in a “higher power” rather than a personal God.

In A Mind for God, I wrote about my oldest daughter’s experience as a freshman at one of the leading universities in the United States.  In her first history course, her professor took it upon himself to announce that the entire historical record upon which Christianity is based is untrue:  Jesus never claimed to be the Messiah; none of his followers saw him as divine until centuries after his death; none of the gospels were first-hand accounts; Jesus was not a religious figure as much as he was a political one; there was never an intent to form any kind of “church”; there were dozens of “gospels,” all of which were thought to be sacred by followers of the Jesus movement; and the four gospels in the Bible today are riddled with discrepancies and errors.

In order to pass her first exam, she had to write that Jesus was born in Nazareth, not Bethlehem; deny Pauline authorship of I Timothy; and maintain that the four canonical gospels are in complete disagreement on the major facts surrounding the death of Jesus – including when he was crucified, whether it was after the Passover or before, and whether Judas committed suicide.

In many ways, this was tame.  A study of faculty members at U.S. colleges and universities found that 67 percent of faculty members either “strongly” or “somewhat” agree that homosexuality is as acceptable as heterosexuality.  Eighty-four percent support abortion rights, and 75 percent support extramarital cohabitation.  Fewer than a third described themselves as regular churchgoers.  When the Kansas Board of Education approved new science standards for teachers in public schools that questioned Charles Darwin’s teachings on evolution (merely allowing the idea of “intelligent design” to be discussed), the director of the National Center for Science Education responded, “Those kids are in for a big shock when they go to college, because they’re going to learn that what they had been taught by their teachers in high schools is a lot of rubbish.”

Little wonder that cultural observers from Christian perspectives, such as Charles Colson, offer the following concern:  “With the ever-increasing number of college professors who use their classrooms to indoctrinate students, rather than educate them, the views expressed and the lack of viewpoint diversity is deeply disturbing.”

I will never forget my daughter calling me, immediately after emerging from her first class, almost in tears over the statements made by the professor about her faith.  Even with a firm worldview, coupled with years of reading and instruction which enabled her to know how spurious the professor’s claims were, she was emotionally shaken that her most deeply held values and convictions had been defamed and assaulted so vigorously.  Even more, her heart was breaking over the 300 other students in the class who sat passively, taking notes, accepting the professor’s statements uncritically as fact.

So this August, as you pack up your minivan or SUV to take your son or daughter off to college, give them one last word of advice.  Not about binge drinking or safe sex, money management or proper nutrition.  All well and good, to be sure.

Give them a word about their souls, and the importance of a grounded faith.

And then pray for them.

To enjoy a free subscription to the Church and Culture blog, log-on to www.churchandculture.org, where you can post your comments on this blog, view past blogs in our archive and read the latest church and culture news from around the world.  Follow Dr. White on twitter @JamesEmeryWhite.