There doesn’t appear to be anything alarming about a photo Joanna Gaines posted of baby Crew at the doctor. Yet, a huge debate broke out soon after the pic hit social media! Chip and Joanna Gaines have tons of followers on social media. And with their HGTV Fixer Upper show ending, not a single post by the beloved home improvement sweethearts goes unnoticed.

With the Gaines’ newest addition, baby Crew, there are plenty of posts to “ooh” and “ahh” over. And it sure is tough not to love the Gaines’ family. But no matter how likable you are, it’s impossible to be in the limelight 24/7 and not ruffle somebody’s feathers.

Some of Chip and Joanna’s photos have done just that, but for the most unexpected reasons!

For example, when Chip posted a photo of Crew’s car seat next to the stove, folks couldn’t get over the way a neighboring pan of cornbread had been cut. And now, Joanna unintentionally stirred up a fuss with a simple (and precious!) photo of baby Crew at the doctor.

Babies go to the doctor for check-ups a lot in their first year. As Chip and Jo waited for the doctor at baby Crew’s 2-month appointment, Joanna snapped a quick photo as Chip lovingly gazed down at his son.

She shared the precious moment on social media with the caption, “Weigh in day at the doctor… @chipgaines always seems to make things better.” 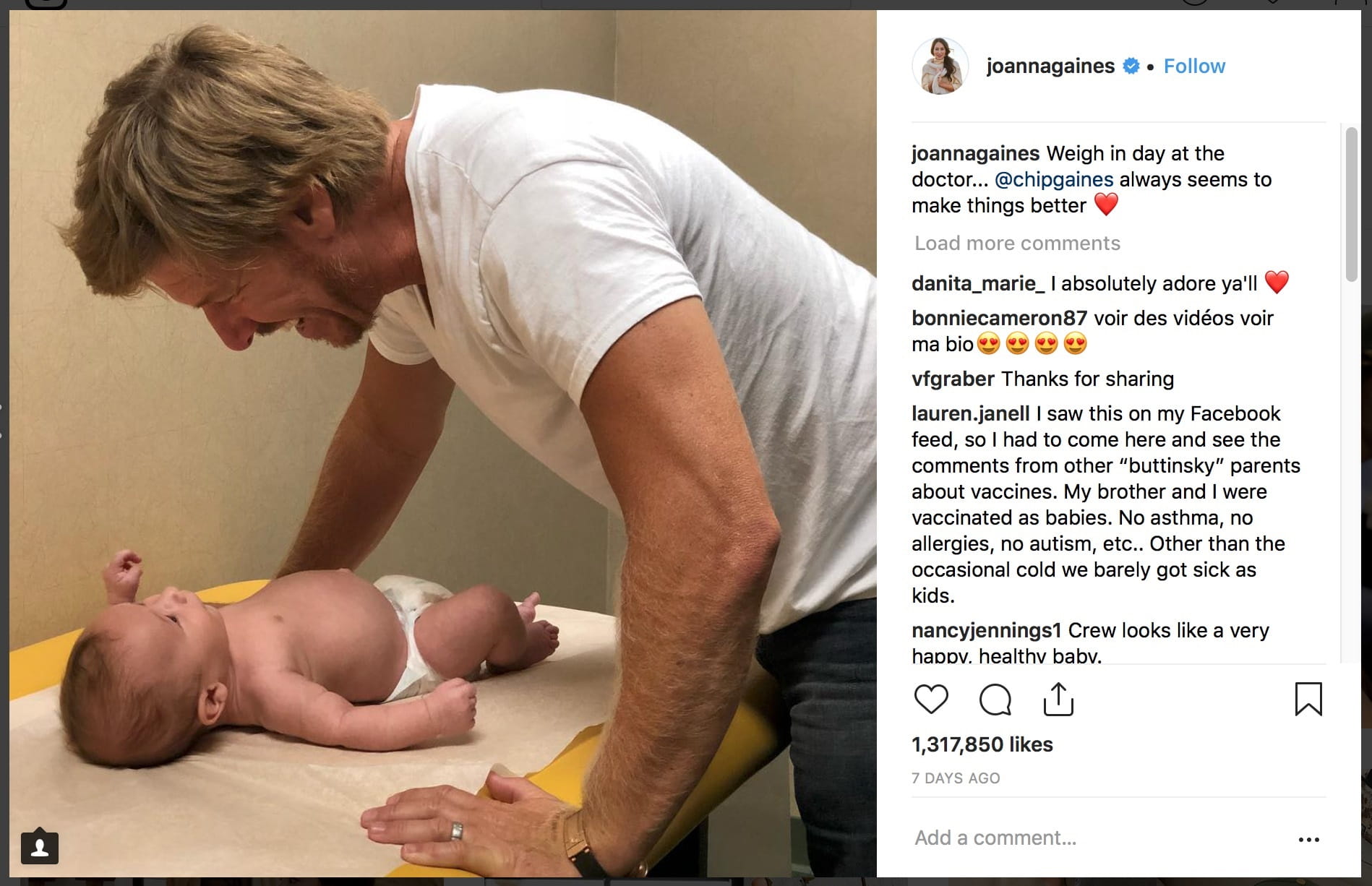 Despite the fact that the post said absolutely nothing about vaccinations, folks opposed to inoculations started chiming in, urging Chip and Joanna to avoid giving their son immunizations.

“Vaccines are dangerous and if people love their kids they won't inject them with these poisons!” said another.

And all of a sudden, this sweet photo turned into a full-fledged vaccine debate!

Though Chip and Joanna never responded to the heated string of comments, I’m sure they never expected a simple photo of baby Crew at the doctor to unleash a hotbed of discussion on this topic!

No matter where you stand on this hot-button issue, to vaccinate or not to vaccinate is up to Chip and Joanna. So, instead of arguing, why don’t we just appreciate simple joy captured in this precious photo?!