I’ll insist my competitor is the greatest, so that when I beat him, I won’t be calling myself the greatest—I’ll be proving it through my actions. — Jarod Kintz, Seriously Delirious, but Not at All Serious

When I was young, people asked me, “What do you want to be when you grow up?” When I was little, my answer was the traditional fireman. During early adolescence, it was a professional athlete. When I was a teenager, the people who asked me that question got a strange answer. I’d say, “I want to be the best.”

The fact is I like to win. Winning, I believe, is more fun than losing. Coming in second just means you’re the first loser.

Here are a few examples: It’s 2:00 in the morning. The baby cries—again. You stare at the wall and think, Winning for me is getting to stay right here in this bed. That’s what your spouse is thinking too. Both of you are staring at the wall, practicing your deep sleep-like breathing, and waiting for the other one to get that baby. (Hey, I had three kids, okay? I got pretty good at that!)

Or you have one Friday night and two events: A couples baby shower or tickets to a game. There’s an argument. Emotions escalate. Winning, for you, is getting the last word and the final decision.

Or what about a financial decision? One spouse wants to save the money while the other one wants to spend it.

It doesn’t take a genius to see that winning in these ways does not lead to a winning marriage. Winning in the little things is like having a little bit of plaque on your teeth. Over time, that plaque builds up, leads to decay, and the marriage dies.

In marriage, when one wins both lose.

Do nothing out of selfish ambition or vain conceit. (Philippians 2:3)

In other words, stop trying to win. I’m not being simplistic and I’m not being unrealistic. Your spouse is not your competitor, okay? You can break the losing streak in your marriage by choosing to win God’s way, and that means dropping the competition thing and letting God love and serve through you.

God, You desire for me to have a servant’s heart, so I need You to give me the desire for the same thing! Show me how I’ve been trying to win inside my marriage. Reveal to me the ways I compete with my spouse. Give me peace in letting go of that desire to be number one in a relationship of two. Amen. 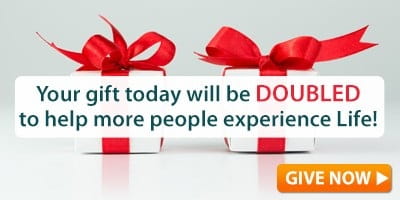