<< Holy Land Moments with The Fellowship

The Torah reading for this week is a double portion, Nitzavim-Vayelech, from Deuteronomy 29:9–30:20. Nitzavim means “standing” and Vayelech means “and he went.” The Haftorah is from Isaiah 61:10–63:9.

Chloe Valdary is an unlikely Zionist activist. She is a young college student from New Orleans where organized events on campus against Israel are the norm. Chloe isn’t Jewish and she has never been to Israel, but Chloe is a Christian and is devoted to the Bible. She believes that Israel rightfully belongs to the Jewish people and sees a world full of lies about the conflict in the Holy Land.

Chloe also believes that it is her duty to spread the truth; not just to believe it, but to act upon it. She began an on-campus group called “Allies for Israel” and has become a spokesperson on behalf of Israel and the Jewish people. Chloe says, “I have just one question . . . How dedicated are you, indeed, are we, to the maxim of ‘never again?’”

This week, we read the final of the “Seven Comforts” – the seven Haftorahs that are read leading up to the High Holy Days. In this week’s reading, we come across this famous quote from the prophet Isaiah: “For Zion’s sake I will not keep silent, for Jerusalem’s sake I will not remain quiet . . .” This has become the basis of the actions of so many of Israel’s dearest friends. This is the impetus behind initiatives like Chloe’s and others who are doing all they can to spread the truth about Israel. It is also the source of great comfort for the Jewish people. For a people who have been persecuted and alienated for millennia, it is deeply comforting to know that we are no longer alone.

As Chloe Valdary writes, “A feeling is merely that if there is no action that follows it. Reflection and action are two things that are rendered worthless if one is not accompanied by the other.” It is not enough to love Israel in our hearts. We need to love Israel and the people of Israel with our hands and with our voices.

There is a great healing going on between the Christian and Jewish communities. Israel is strengthened and comforted by the help of her Christian friends, and we are proud to play a major role in building bridges between the two faiths at The Fellowship. Please join us in blessing the Jewish people both in deeds and with words. For Israel’s sake, do not remain silent. The world was silent once; let us say with Chloe and others, “Never again!”

Watch our latest videos and experience The Fellowship in a new way. 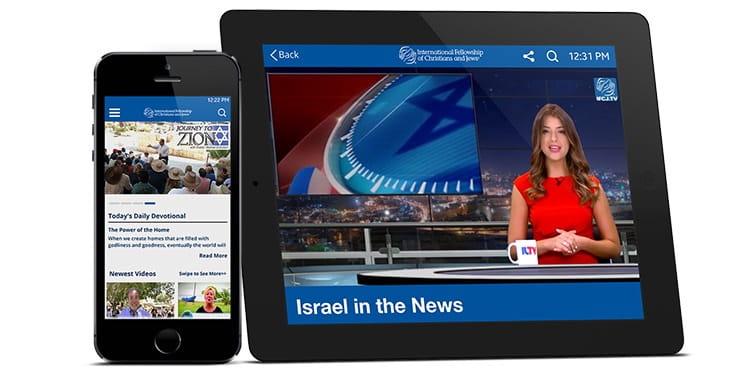