Have you quit yet? If you have, it was probably around Thursday, January 17. If you haven’t, it should happen around Saturday, February 9.

As in quitting your New Year’s resolutions.

In a survey conducted by NPR and The Marist Poll last November, almost half of all American adults planned to make New Year’s resolutions. Leading the pack was the intent on exercising more.

An analysis from Strava found that we’re most likely to give up as early as mid-January. CityLab decided to look at data from Google and a fitness trade association, along with information collected from smartphones by Strava and Foursquare.

As you might expect, we start off strong. “Google trends shows that searches for topics related to exercise and weight loss spike right around January 1 each year.” Almost 11% of all gym memberships for the entire year are sold in January—greater than any other month. 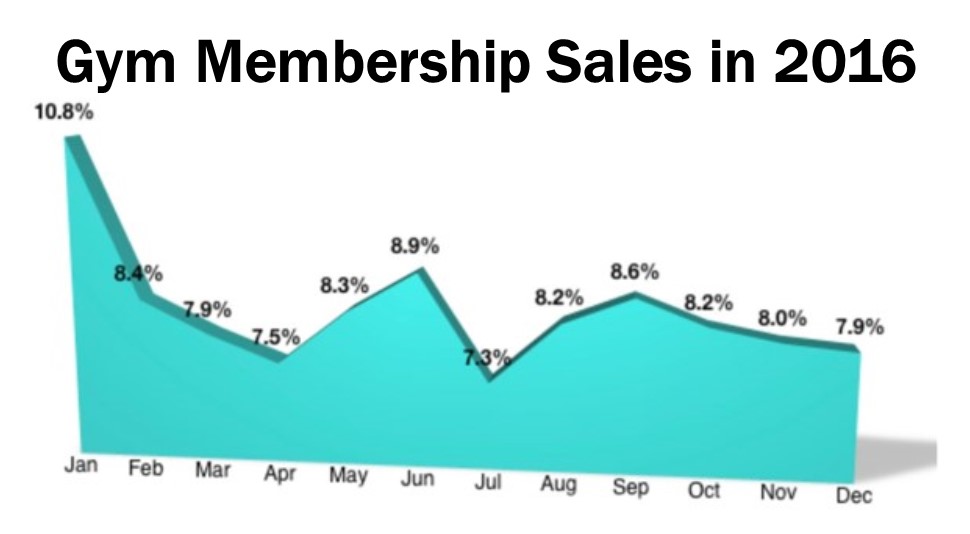 So when do we start to fall off the wagon? Strava says it’s the third Thursday of January when activities dip below the four-week average of activity. Foursquare looks at when there is the first uptick in fast food eating and the first downtick in exercise activity. The forecast for this year places that day “on February 9, the second Saturday of the month and just 40 days into the new year.” 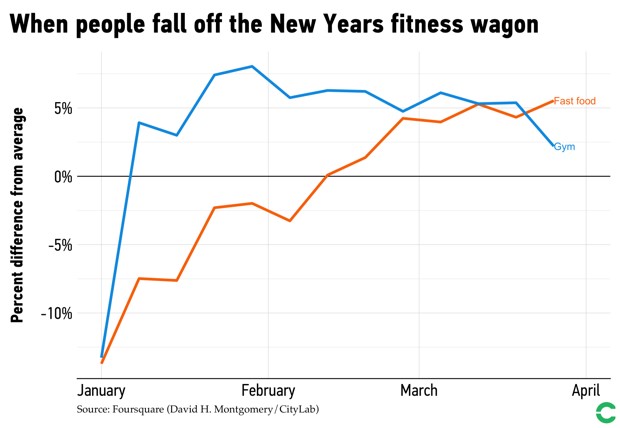 But perhaps the best advice from CityLab editor Linda Poon is to not set a New Year’s resolution at all: “January is arguably one of the hardest months to make such a commitment. Days are short and temperatures are frigid… [which] means our “natural instinct is to stay in, eat more—and make excuses for hitting the treadmill tomorrow.”

So happy “Quitting Day”! But take heart, your next big shot at a resolution comes when it’s time to start thinking about summer, the beach and that bathing suit. Think May.

Which means “Quitting Day” for those resolutions should fall sometime in July.

Charles Duhigg, The Power of Habit: Why We Do What We Do in Life and Business.