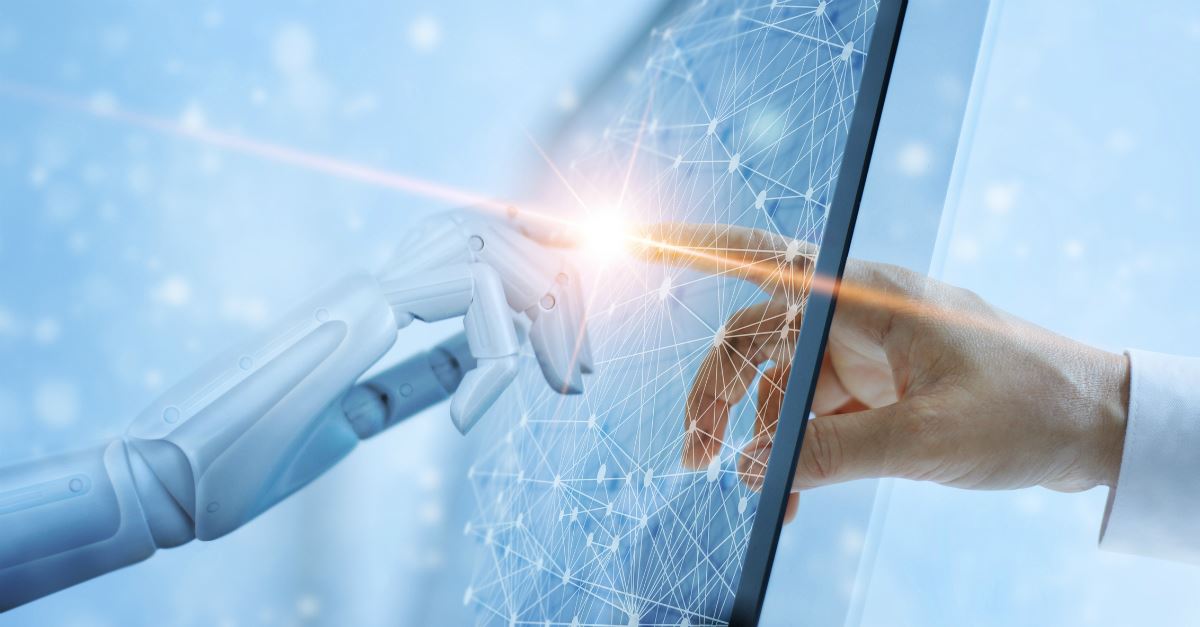 A recent article in the Wall Street Journal noted that global spending on artificial intelligence is rising and shows no sign of slowing down:

“Organizations are expected to invest $35.8 billion in AI systems this year, up 44% over last year, according to International Data Corp. And AI spending is projected to more than double to $79.2 billion by 2022.

“Today, about half of all companies have at least one AI system installed and an additional 30% have pilot projects in place, according to a survey by the business and economics research arm of McKinsey & Co.”

In his book Life 3.0: Being Human in the Age of Artificial Intelligence, MIT professor Max Tegmark classifies life forms into three levels of sophistication: Life 1.0, 2.0 and 3.0. Using the term hardware to refer to “matter” and software to refer to “information,” he deems that Life 1.0 is “life where both the hardware and software are evolved rather than designed.” Human beings are Life 2.0, “life whose hardware is evolved, but whose software is largely designed.”

Life 3.0 is life that “can design not only its software but also its hardware. In other words, Life 3.0 is the master of its own destiny, finally free from its evolutionary shackles.” So if something like bacteria is Life 1.0 and humans are Life 2.0, what is Life 3.0?

Artificial intelligence. Or, more specifically, “artificial general intelligence” (AGI). Rudimentary forms of AI are already with us in everything from the facial recognition software in Apple’s iPhone X to our digital assistants Siri, Alexa and Cortana. The holy grail is AGI, which is AI reaching human-level intelligence and beyond, being able to accomplish virtually any goal, including learning.

So how much do you know about AI?

The same Wall Street Journal article put together a little quiz to see:

1. Below are definitions for artificial intelligence, deep learning, machine learning and natural language processing. Match each term to its definition:

A. _____ takes text or speech as input and can “read” or extract meaning from it.
B. _____ encompasses techniques used to teach computers to learn, reason, perceive, infer, communicate and make decisions similar to or better than humans.
C. _____ is a powerful statistical technique for classifying patterns using large training data sets and multilayer AI neural networks.
D. _____ is the science of getting computers to act intelligently without being explicitly programmed.

2. Which of the following sectors spends the most on AI systems?

Answer: E. Retail companies will invest $5.9 billion this year, leading all other sectors.

3. What’s the upper end of the salary range for AI developers and machine-learning engineers?

Answer: C. AI developers and machine-learning engineers have annual salaries of up to $200,000, according to a report in January from the New York staffing firm Mondo.

4. What was the growth in job postings for machine-learning engineers between 2015 and 2018?

Answer: E. There was 344% growth, according to job-search site Indeed.com.

5. Who invented the term artificial intelligence?

Answer: B. John McCarthy came up with the term in the mid-1950s.

6. How much global economic activity will AI deliver between now and 2030?

Answer: D. AI has the potential to add approximately $13 trillion, or 1.2% additional global GDP growth per year, according to McKinsey & Co.

7. How many organizations have embedded at least one AI-backed function in their business processes?

8. Who said AI “could spell the end of the human race”?

So how did you do? If not so well, it might be time to start studying. Actually, there’s no “might” about it.

The potential of AI for good – or ill – is staggering. As Tegmark notes, “we might build technology powerful enough to permanently end [social] scourges, or to end humanity itself. We might create societies that flourish like never before, on Earth and perhaps beyond, or a Kafkaesque global surveillance state so powerful that it could never be toppled.”

Tesla and SpaceZ CEO Elon Musk told the National Governors Association last fall that his exposure to AI technology suggests it poses “a fundamental risk to the existence of human civilization.” Cosmologist Stephen Hawking agreed, saying that AI could prove “the worst event in the history of civilization.” Facebook founder Mark Zuckerberg, however, calls such talk “irresponsible.”

No wonder it has been called the most important conversation of our time. Whether it proves to be, it is certainly a conversation that needs Christian minds that are informed and engaged.

So make sure the next time you take the quiz,

Max Tegmark, Life 3.0: Being Human in the Age of Artificial Intelligence (Knopf, 2017).