The Gospel Music Association Apologizes for Editing Kirk Franklin's Acceptance Speech: 'We Accept the Responsibility of Our Error'

The Gospel Music Association issued a statement this week after Dove Award-winning artist Kirk Franklin announced that he would be boycotting GMA along with the Trinity Broadcasting Network and the Dove Awards after a portion of his acceptance speech speaking on a police-involved killing was edited out. 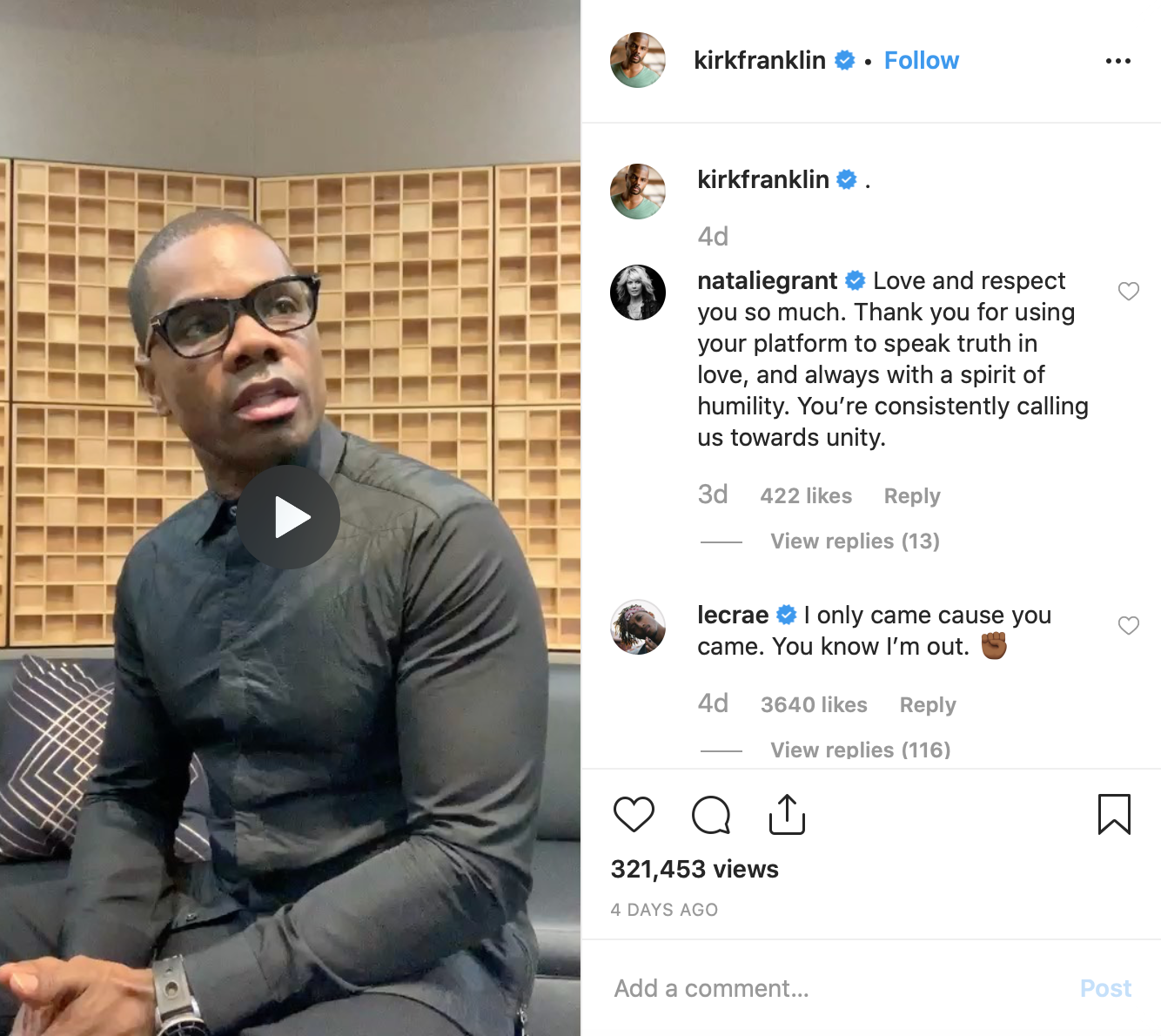 She wrote, “Due to our broadcast window, we had to significantly edit the Dove telecast to 2 hours, which aired Sunday, October 20th.  In light of this, we understand that many were disappointed because there were so many memorable moments and noteworthy portions of acceptance speeches absent.”

“Specifically,” she continued, “we were made aware of troubling concerns regarding the edit of Kirk Franklin’s acceptance speech.  At the request of Kirk’s team, we held our response regarding those concerns until we were able to speak with Kirk privately, apologize directly, and discuss resolutions to rectify this unfortunate issue.
“With that said, we would like to publicly acknowledge that we are deeply apologetic for the missteps that happened relating to the editing of Kirk Franklin’s Dove Awards acceptance speech.  We accept the responsibility of our error. Although completely unintentional, we understand it caused great harm and deeply wounded many in the African American and Gospel community.”

Patillo noted that a full-length clip of Franklin’s acceptance speech has been made available online and all other winners have received copies of full-length clips of their own acceptance speeches to share online if they so wish.
“In recent years, we have worked hard to ensure that The Dove Awards stage is a platform that promotes unity and celebrates God’s diverse Kingdom. Our heart is to showcase that unity and the Gospel message to a broken and divided world.  Let us continue to strive to be a light in the darkness and come together to raise the banner of Jesus Christ,” Patillo concluded.

As Christian Headlines previously reported, Franklin announced via a social media video that he would be boycotting the GMA and all of its associated brands after his acceptance speech was edited to exclude mention of 28-year-old Atatiana Jefferson. Jefferson was babysitting her 8-year-old nephew when she was shot and killed by a police officer in her home. Franklin requested prayer for Jefferson, her nephew and the police officer involved in the shooting at the end of his speech for Gospel Singer of the Year. This portion of his speech was not aired on television.

In the video posted to his social media, Franklin noted that this was the second time the Dove Awards edited one of his acceptance speeches. He said, in 2016, the Dove Awards edited out a portion of his speech where the audience prayed together amid civil unrest followed by the “killings of five Dallas police officers by an African American man” and the “killings of Philando Castile and Walter Scott – just to name a few – by white police officers.”