Spears, who is known for her revealing outfits and provocative performances, was raised Southern Baptist. Throughout her more than two-decades-long career, however, the singer dabbled in other religions including Hinduism and Kabbalah, Christian Today reports.

According to Light Workers, while Spears’ mother and famous sister, Jamie Lynn Spears, have been known to speak frequently about the importance of their Christian faith in their lives, Spears has not been particularly outspoken about her faith practices... until now.

The post reads, “The LORD is my shepherd; I shall not want. He maketh me to lie down in green pastures: he leadeth me beside the still waters. He restoreth my soul: he leadeth me in the paths of righteousness for his name's sake. Yea, though I walk through the valley of the shadow of death, I will fear no evil: for thou art with me; thy rod and thy staff they comfort me. Thou preparest a table before me in the presence of mine enemies: thou anointest my head with oil; my cup runneth over. Surely goodness and mercy shall follow me all the days of my life: and I will dwell in the house of the LORD for ever." 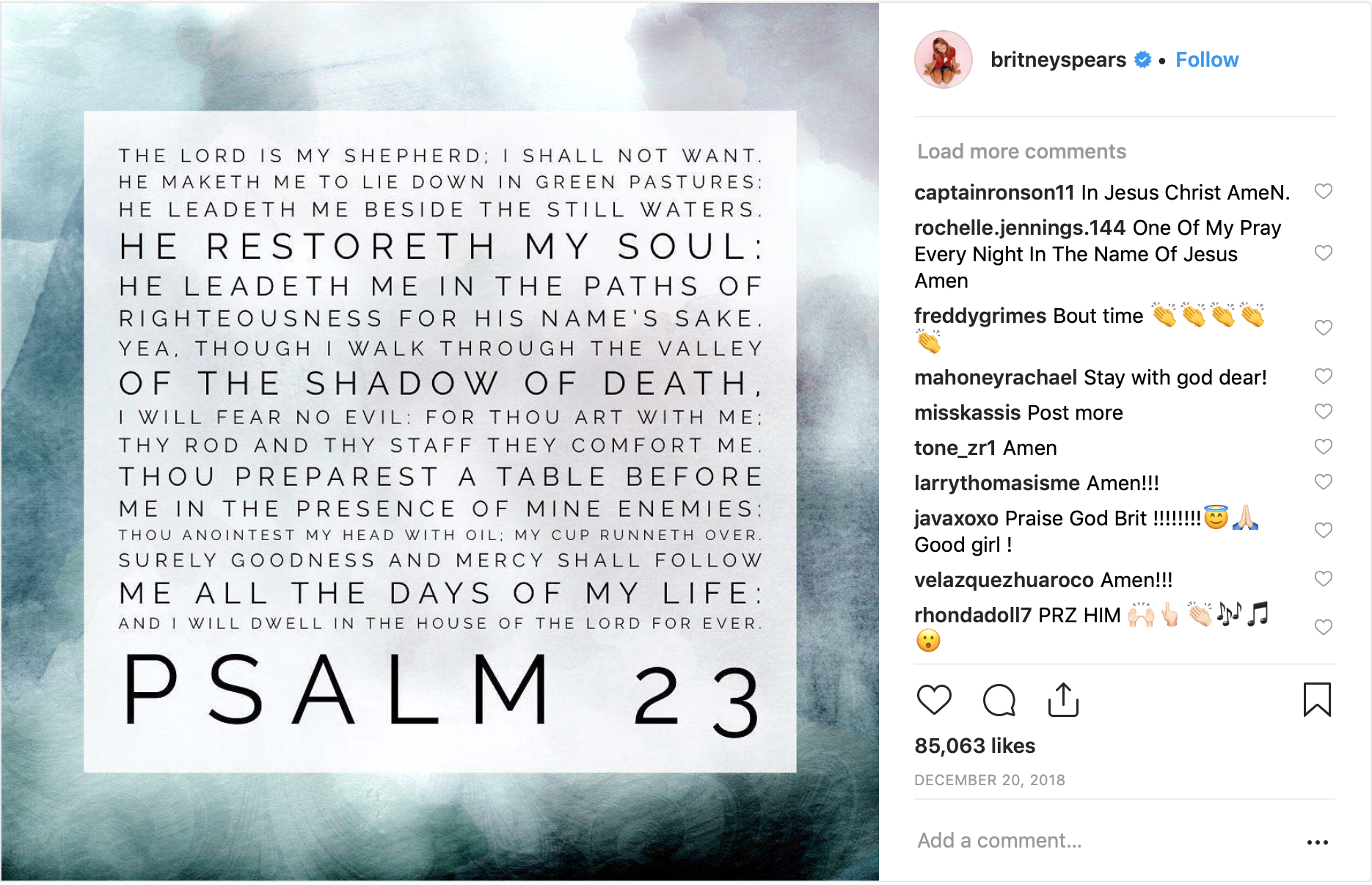 In her 2008 book, Lynne Spears, the pop singer’s mother, wrote to her daughter, “Someone told me once that no one is immune to prayer, no one is so rich, so famous, so lost, that she is outside the power of petitioning God on her behalf. So I move toward God and pray for fresh eyes and fresh faith to see his hope for my child. She is not out of his reach.”

While Spears’ Instagram post lacked a caption and provided no context as to what it was referring to, it appears that the singer is, at the very least, relying on the word of God in some way.