Today, there are three kinds of people: the have's, the have-not's, and the have-not-paid-for-what-they-have's. — Earl Wilson

I was a teenager when my dad enlightened me to the crux of my generation: “The problem, Pete, is that your generation wants to start where your parents finished.”

Do we have the money to maintain that lifestyle? Probably not. But this is America. We can borrow money to produce the lifestyle we desire.

Borrow is the wrong word though, isn’t it? What I meant to say is we are a society that buys money. In fact, that’s the definition of debt I’m going to use. Debt is buying money at inflated rates in order to buy items you can’t afford to buy.

That sounds a little pointless and a little cyclical, doesn’t it?

Solomon might have commented on this laborious chase like this, “'Meaningless! Meaningless'! ... What do people gain from all their labors… ?” (Ecclesiastes 1:2-3)

The answer to Solomon’s question is, “Not a whole lot if we’re buying money only to pay it back at inflated rates.”

I’m not saying you shouldn’t have a mortgage. Neither am I saying car payments are evil. And of course I realize student loans are sometimes necessary.

There is a difference between needing something—like shelter, transportation, or an education—and wanting something. We get into trouble when we buy money to spend money simply because we want something.

Chasing after goods that will rust and deteriorate is something Jesus says to avoid. In fact, Jesus has a lot to say about money, as does the majority of the Bible. This whole topic of “faith and finance” is a great way to find new wisdom and freedom in God’s grace.

“Chasing after goods that will rust and deteriorate is something Jesus says to avoid.”
TWEET THIS

So today, consider your spending. Are you in the habit of buying money? Do you buy money for needs or wants? What would it look like to break that cycle?

King of kings, I know that chasing down the want for more will only bring more stress. Today, Lord, as I ponder Your Word, I ask that You would turn my feet in the direction of Your Kingdom—a chase of eternal treasure. Direct me in the ways of eternal living! Amen. 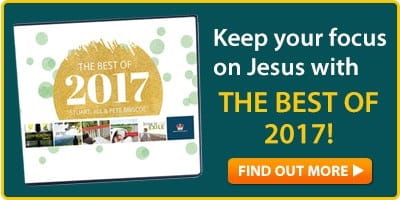