“Careful now, Joseph, be gentle with him. His journey is just beginning.”

“Careful now, Joseph, be gentle with him. His journey is just about done.”

“Watch out for splinters from the manger.”

“Watch out for splinters from the cross.”

The caring hands of one Joseph, taking the role of Dad, tended to Jesus at his birth. He was a hard-working craftsman, loyal and helpful, and tempted to leave Mary when he discovered she was pregnant. Years later the caring hands of another Joseph, Joseph of Arimathea, tended to Jesus at his death. He was a rich man, a church man, on the council, and expected to conform to his male peers like men do.

Neither of these men, of their own doing, would be described as great. One of them was poor. The other hid his faith behind religious rituals. Yet both stepped up when it was time to serve the kingdom of God.

You don’t have to be great to make a difference. You just have to be near Jesus. Touched by his birth. Moved by his death. “From now on all generations will call me blessed, for the Mighty One has done great things for me—holy is his name” (Luke 1:48,49).

Where do you need to step up? Don’t be afraid. Stay close to Jesus. Because of him, average Joes get involved in great things. 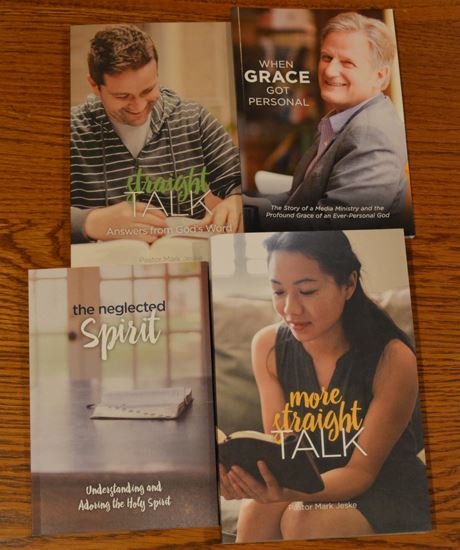 See how the power of God’s grace works through you!

What a great gift God’s grace is! Check out these inspiring resources to see what that grace means for you and those around you.