Worship in Jerusalem then

For 15 centuries the Israelite people exhibited a remarkable geographical cohesion. After their miraculous liberation from slavery and exodus from a country no longer hospitable to them, they settled in Canaan and stayed put. Each of the tribes was assigned a territory. The whole country was chosen by God partly for its compactness—it averaged only about 60 miles in width and about 100 miles from north to south.

That compactness made centralization possible. God wanted all family leaders to present themselves before the tabernacle (also called the tent of meeting) and later the temple not just once or twice, but “three times a year all the men are to appear before the Sovereign Lord” (Exodus 23:17). The feasts of Passover, Weeks, and Tabernacles had mandatory attendance.

Jesus himself observed all of the ceremonial regulations of the Old Covenant. Though they were northerners, living in Galilee, his parents took him to Jerusalem for his circumcision, naming, and presentation. They took him again at age 12 for his bar mitzvah. As an adult he presented himself at each of the three “pilgrim” festivals.

How ironic that as he came to Jerusalem to celebrate the Passover, he became the ultimate Passover Lamb. 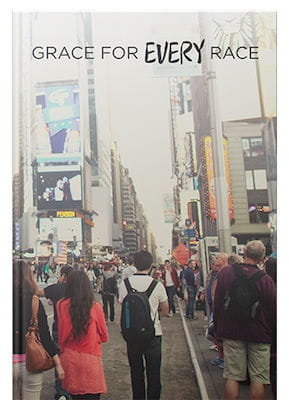 We want to encourage and equip you to be a force for unity among the global church by sending you a copy of Pastor Jeske’s new book, Grace for Every Race.

You’ll learn what the Bible says believers in Christ can do to overcome racial divides and build an even stronger community of faith. And you’ll get practical advice to help you see more clearly, think more clearly, and listen better as you interact with people of other cultures.

Grace for Every Race is our thank-you for your donation to help take the timeless truths of God’s Word to more people. So please request your copy when you give today. We’re grateful for you support!